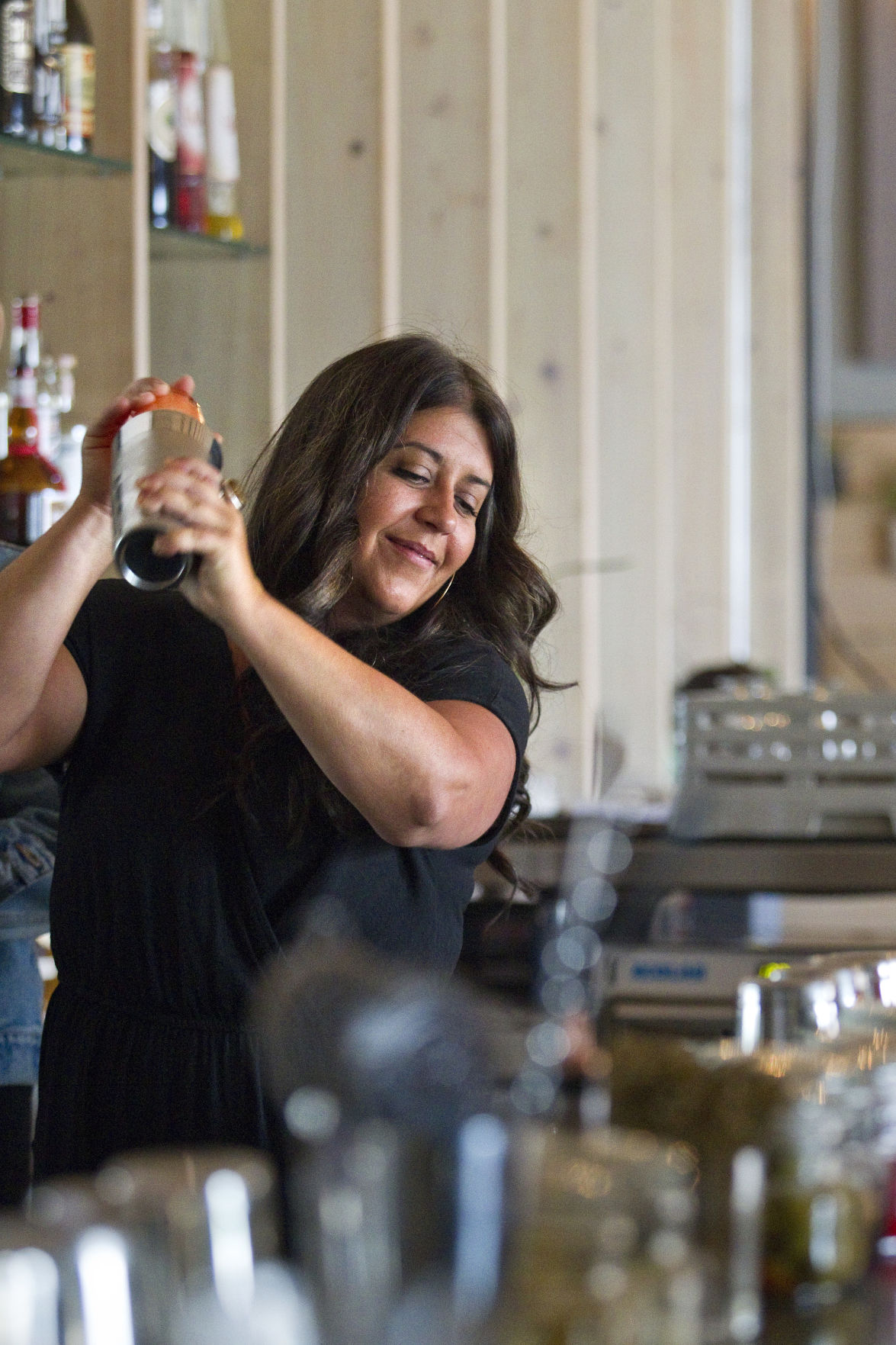 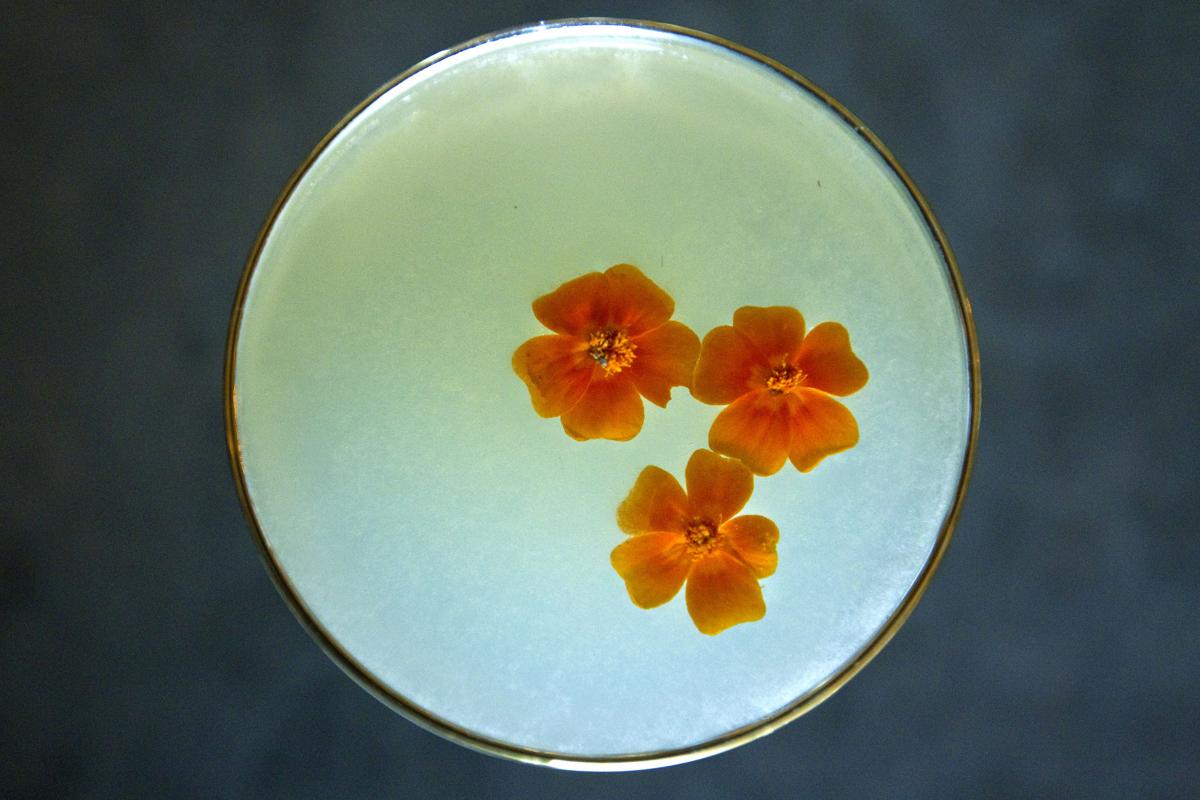 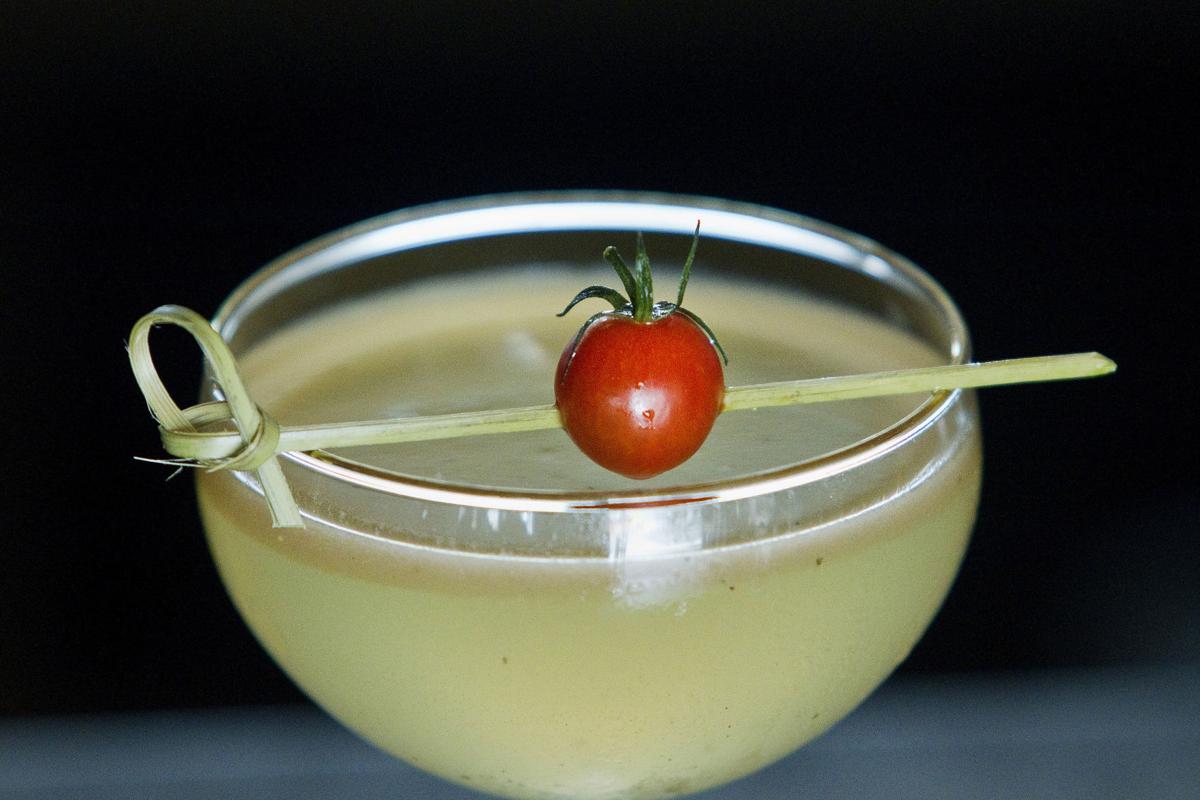 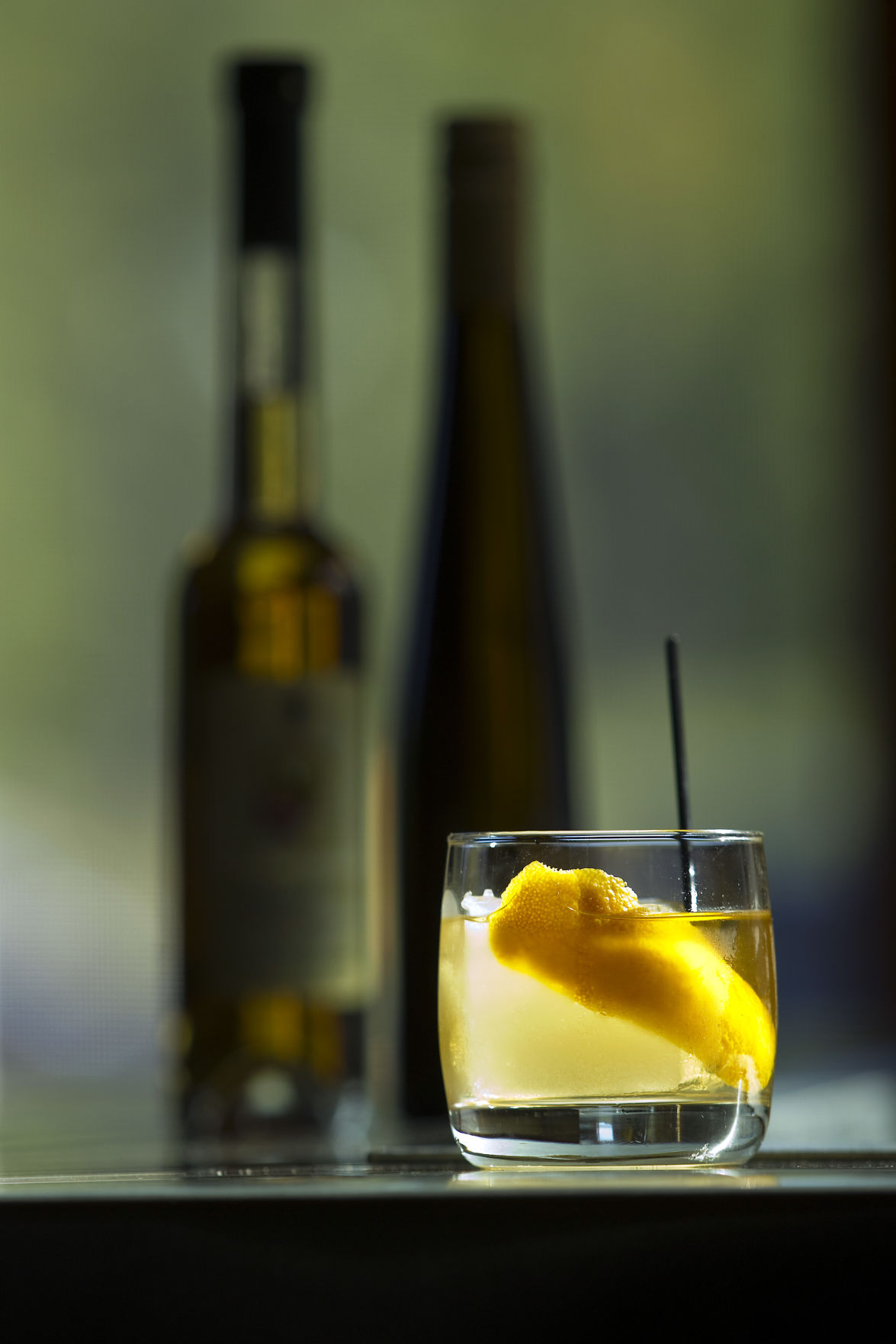 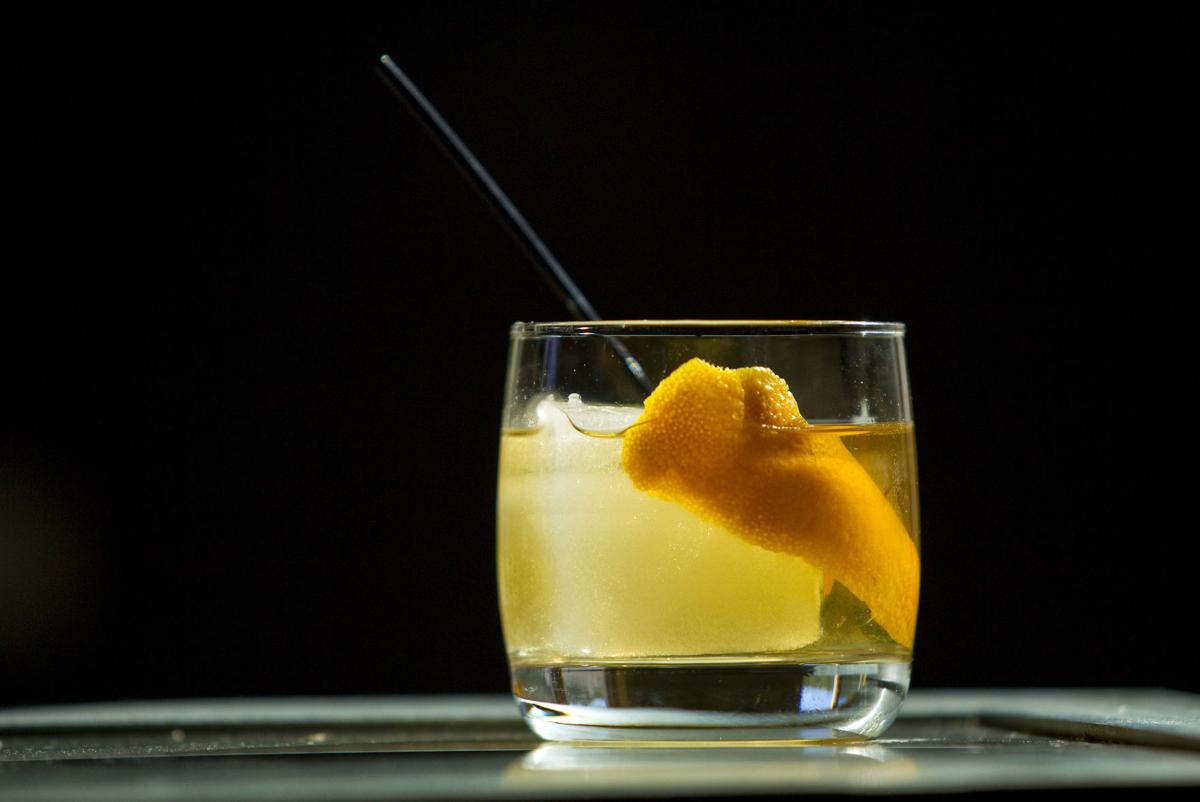 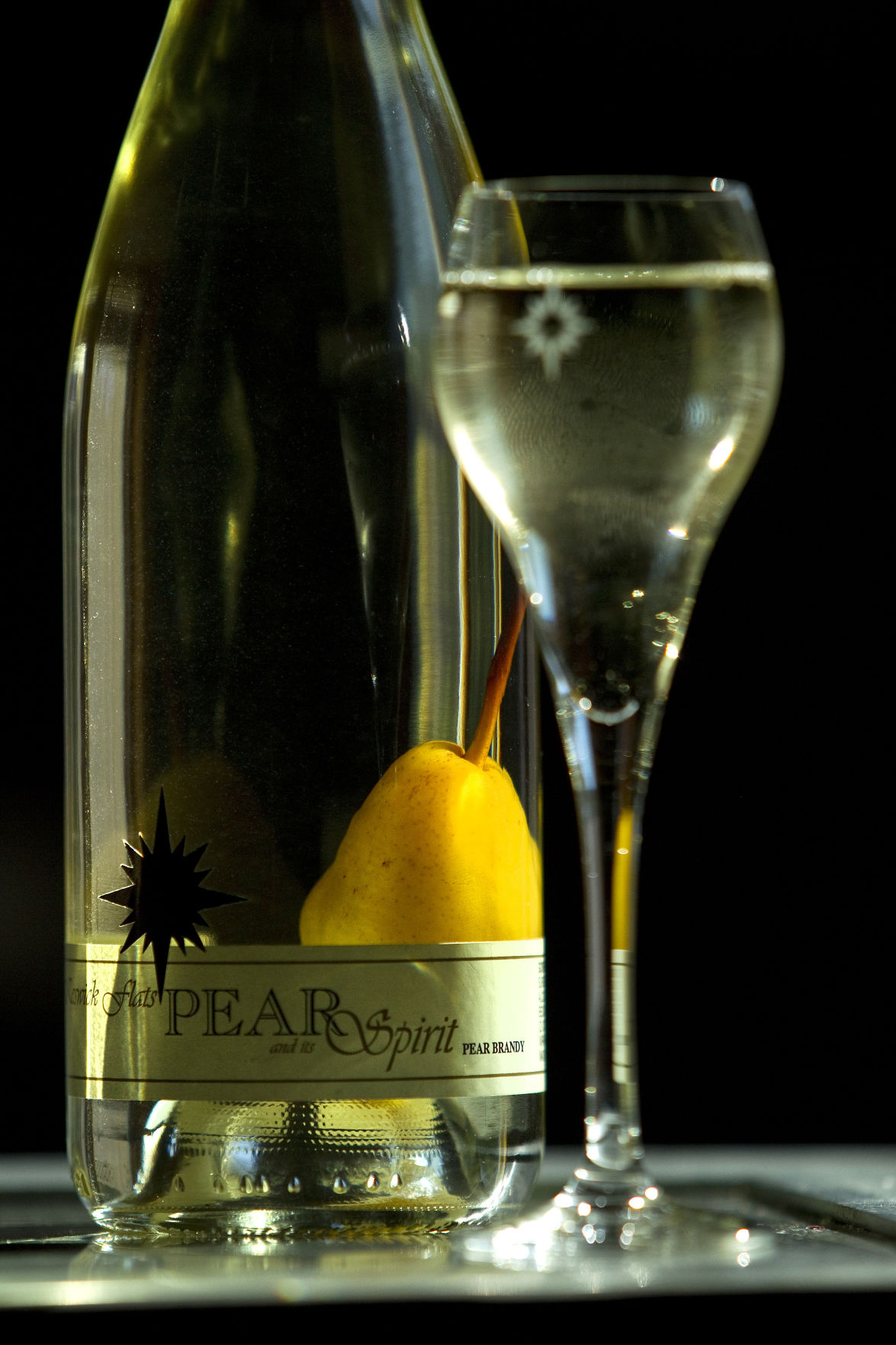 Pear and Its Spirit pear brandy from Black Star Farms in Suttons Bay. 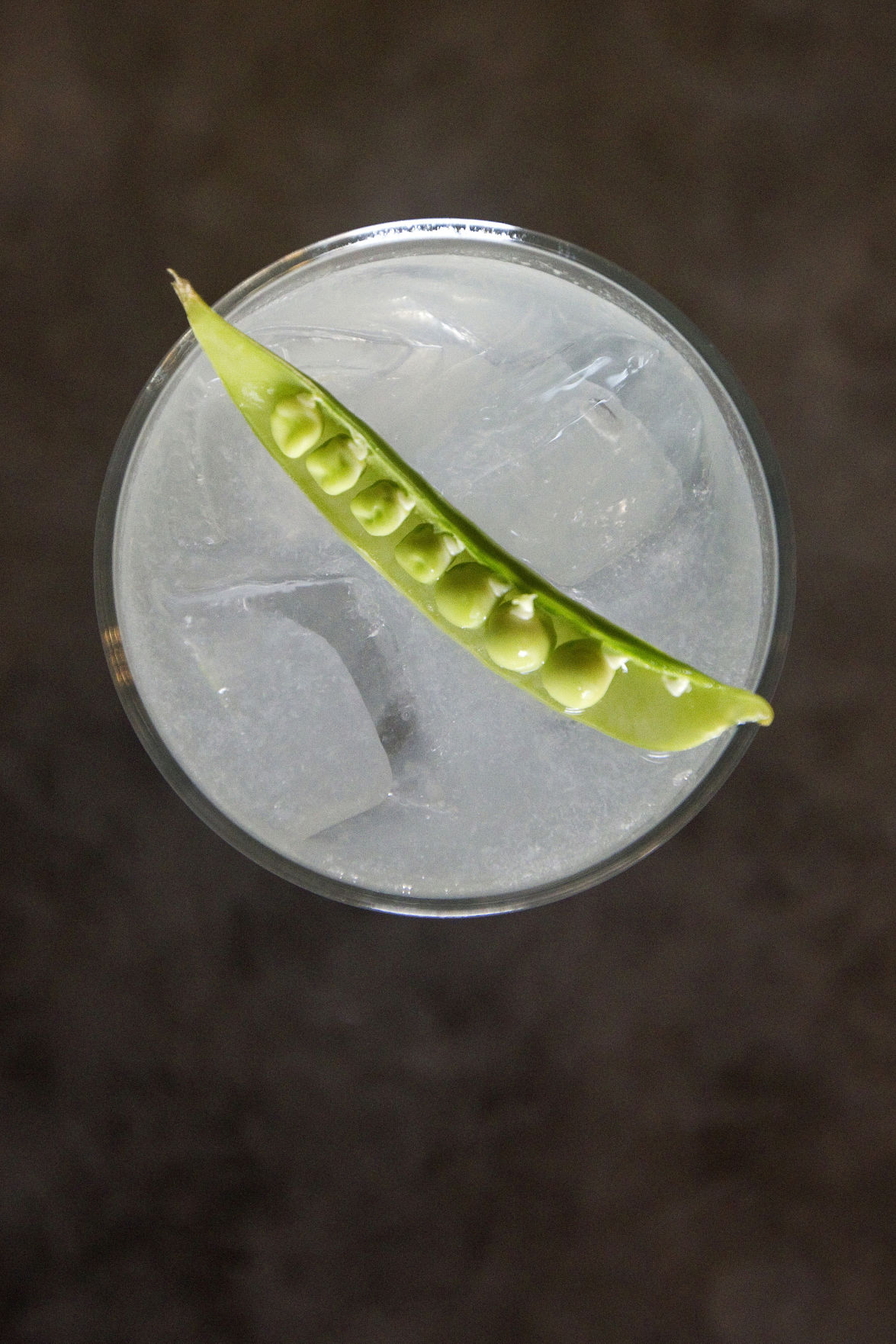 Pear and Its Spirit pear brandy from Black Star Farms in Suttons Bay.

Mother Nature’s kaleidoscope to the countryside — autumn — is painted with a rainbow of trees and plants that can be squeezed, sliced and stirred into flavorful, colorful drinks.

Those beverages — both alcoholic and non-alcoholic — feature the area’s home-grown grapes, apples, pears, cucumber, corn, squash and other produce picked and plucked in the waning days of summer and early fall.

Even peas — or it might be said, especially peas — become a pleasing “Peas Out” cocktail ingredient served at The Little Fleet bar in Traverse City.

“It is a popular drink for people who want to feel a little more adventurous,” said bartender Jason Raymond.

Barbara Saxton, bar manager at The Little Fleet, said the “Peas Out” cocktail is “definitely different, and definitely something a lot of (patrons) enjoy.” The drink is made with gin, Norden Aquavit — a caraway-flavored spirit — sugar snap pea syrup, lime and a pinch of salt, and is topped off with a snap pea garnish.

“We have access to such amazing, fresh produce in this region,” said Saxton, whose late summer and fall cocktails use everything from tomatoes and grapes to pumpkins, sweet potato and chaga mushrooms. “It makes it easy to create the most interesting and delicious cocktails.”

While some fruits and veggies are squeezed and their juices stirred into the base drinks, others are sliced and diced and simply dropped into the glass.

“Basically, we serve as a matchmaker,” Samp said. “We help pair The Little Fleet (and other bars and restaurants) with local farms, and they make delicious cocktails highlighting fresh, local ingredients from farms and orchards in our area. Peppers, cucumbers, tomatoes, beets, squash … all can be used in drinks, too.

“It’s a creative and interactive way to incorporate fresh produce into a drink ... there is something for everyone to try.”

According to Taste the Local Difference, Lakeview Hill Farm is joined by others, including Loma Farm, Saskatoon Michigan Farm and Nursery and La Casa Verde Produce and more, in providing vegetables and fruits that are used in various drinks at numerous northern Michigan bars and restaurants.

At the same time, several area businesses have partnered with the Traverse City company Killer Kocktails to provide drinks that might include products grown at area farms.

One of the fall season’s most popular harvests, of course, is pumpkin. And though many think of the squash as best used to make Halloween Jack-O-Lanterns, there’s a spicy sundry of drinks that can be created from them, too.

“Oh, wow, of course you have pumpkin-spiced lattes,” said Holly Pahl, co-owner of Pahl’s Country Store in Buckley. “There are a lot of pumpkin-flavored drinks, both hot and cold, with and without alcohol.”

Pahl said the bright orange globes plucked from the family’s 7- and 2-acre patches can be drawn on to create tasty cocktails, coffees, punches, smoothies, cider and more.

“We have 14 different kinds of pumpkins,” she said. “And from those you can make a long list of drinks, whatever you like. ‘Warm Pumpkin Spice Drink,’ instead of hot chocolate, is a favorite, and so is a ‘Pumpkin Smoothie.’ Our kids love the smoothie.”

One of the more unusual fall harvest-to-table drinks in the greater Grand Traverse region is available at Black Star Farms near Suttons Bay, where pears grow to maturity inside the very bottle they will be sold in.

According to Sheri Campbell Fenton, a bottle is tied over a budding branch in the pear orchard in the springtime with hopes that a Bartlett pear will grow to maturity inside the bottle. The pear is harvested in the fall, cleaned and washed, and the bottle is then filled with pear brandy from pears grown in the same orchard and hand labeled in this special limited presentation. That “pear in a bottle” product, as well as other Black Star Farms products, are sold on site.

The vineyard-to-table winery also produces an apple brandy that can be combined with its Sirius Maple Dessert Wine to make a Black Star Farms Old Fashioned.

Sugar Snap Pea Syrup: Using a large pot, add ½ cup of washed, chopped sugar snap peas (skin and all). Make a 1:1 simple syrup in the pot with water levels reaching just above the chopped peas (approximately 1 cup). Bring to a boil and remove from heat to steep for 30 minutes. Strain and bottle after cooling. Refrigerate for up to 2 weeks.

Whip together the first five ingredients. Top with whipped cream and sprinkle with cinnamon.

Mix and garnish with a sprinkle of alderwood-smoked salt and orange peel.