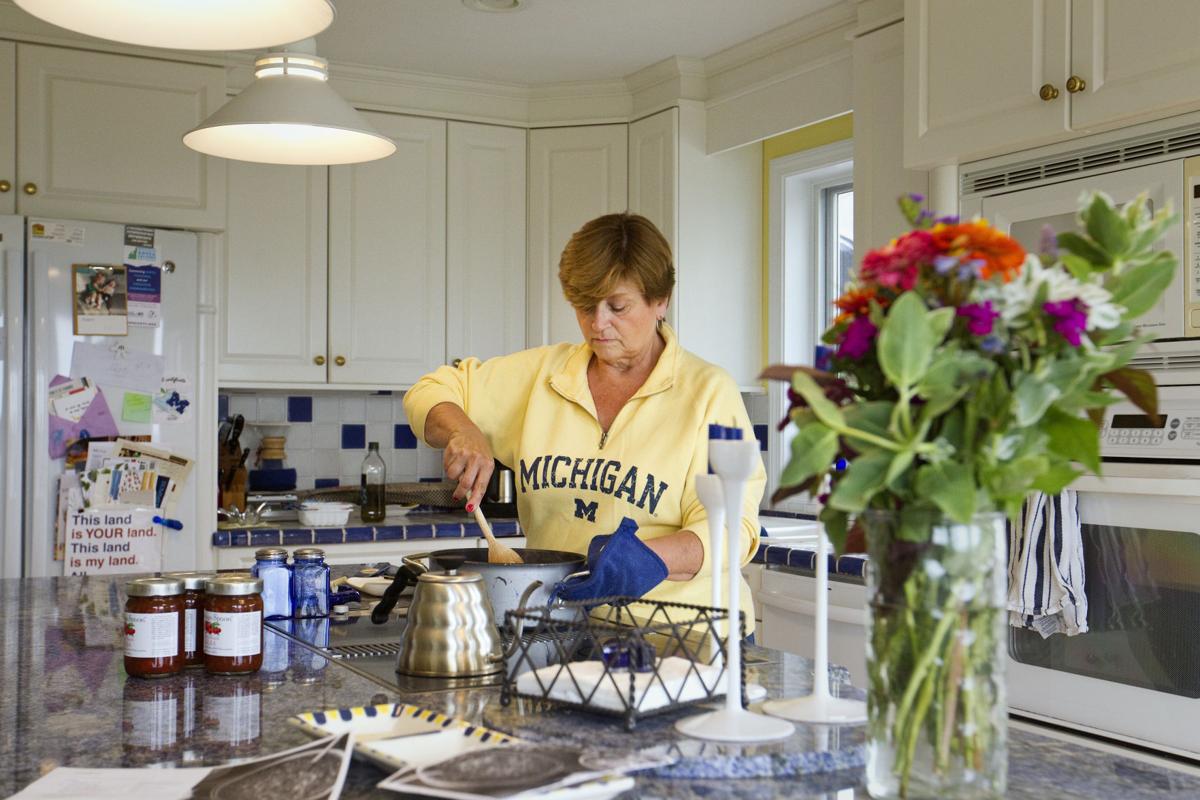 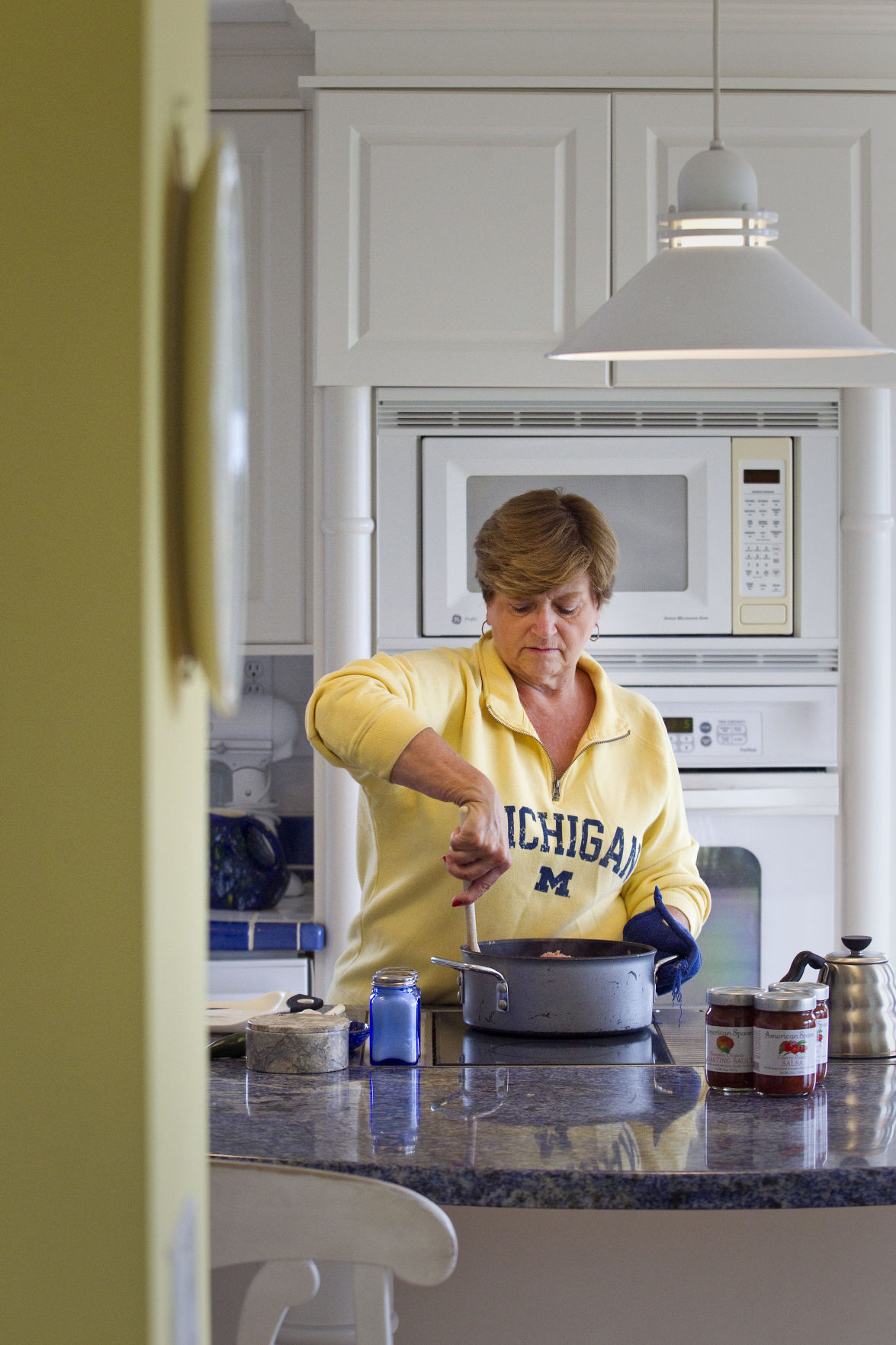 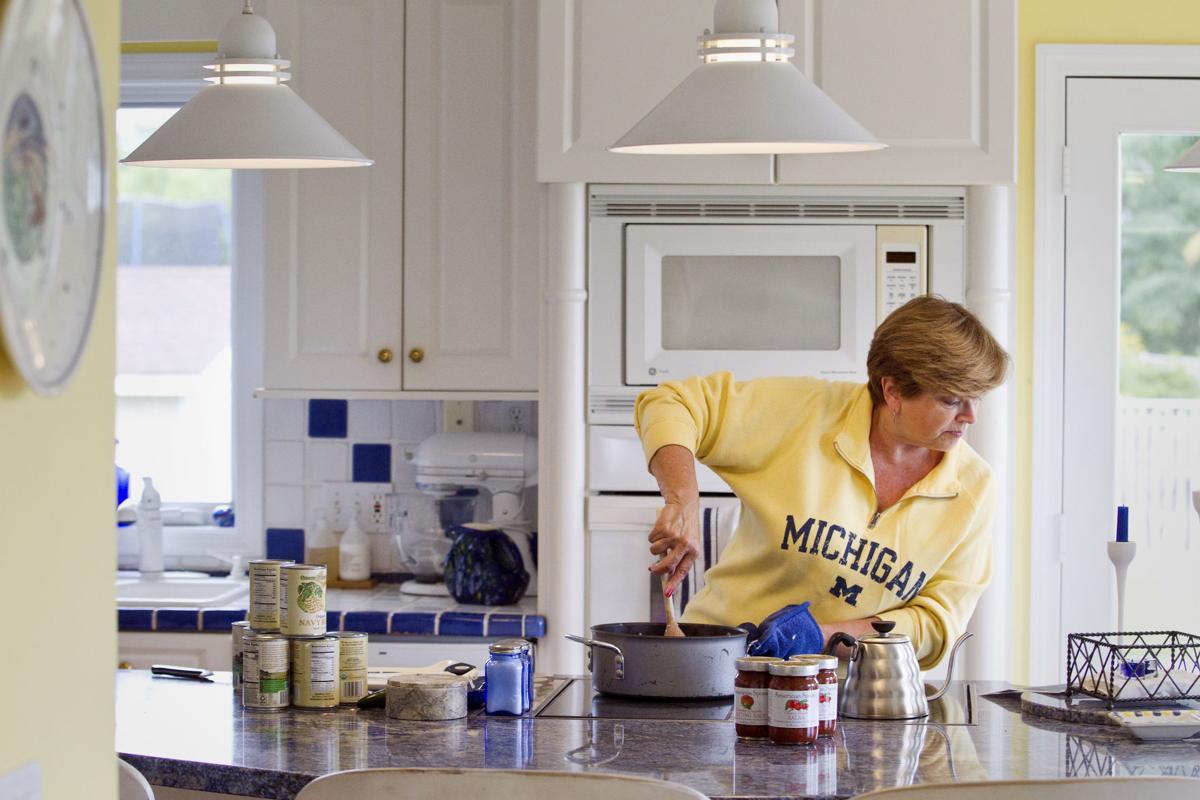 Mary Gillett checks the recipe while making cherry peach pumpkin chili in the kitchen of her Traverse City home. 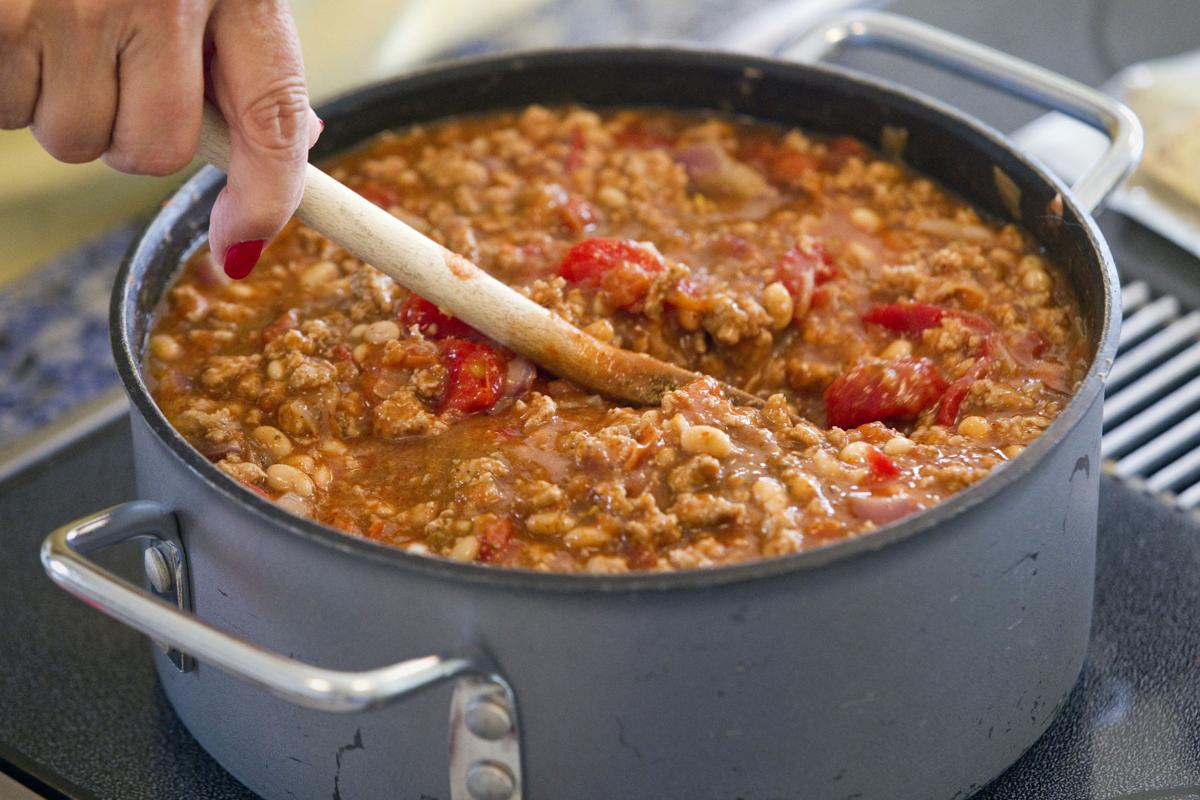 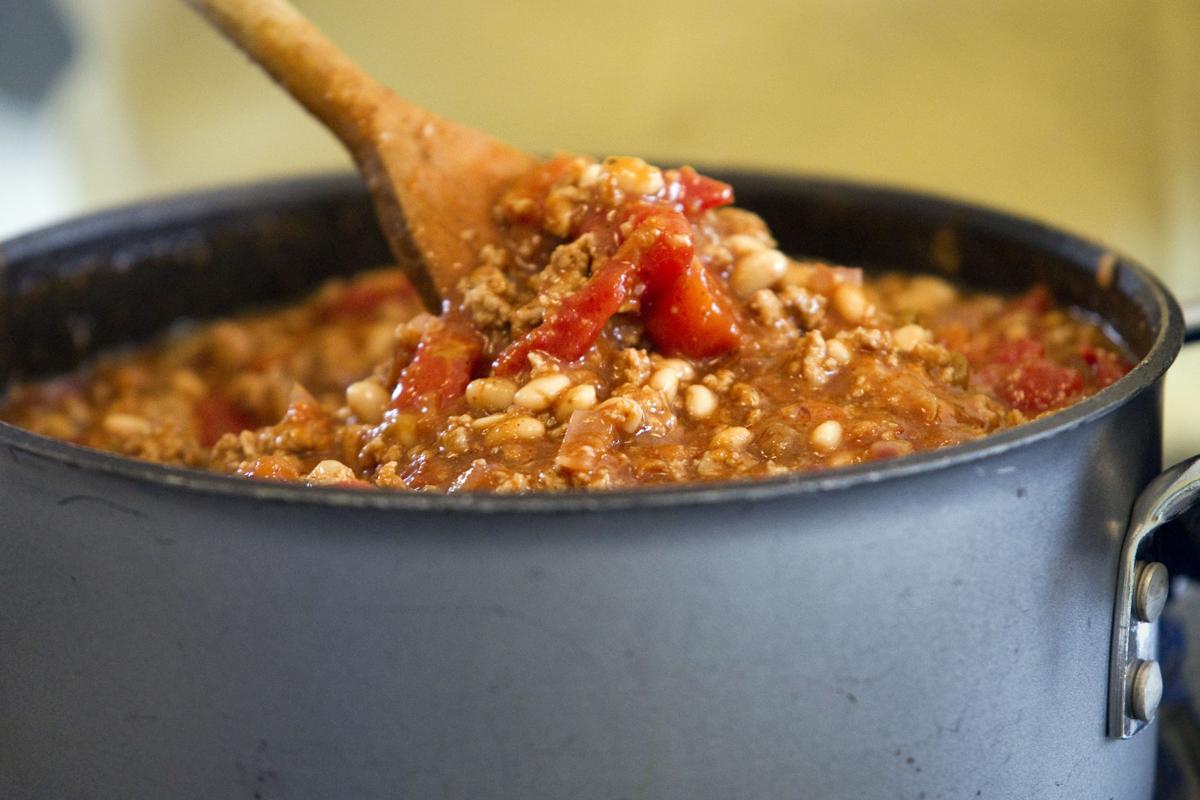 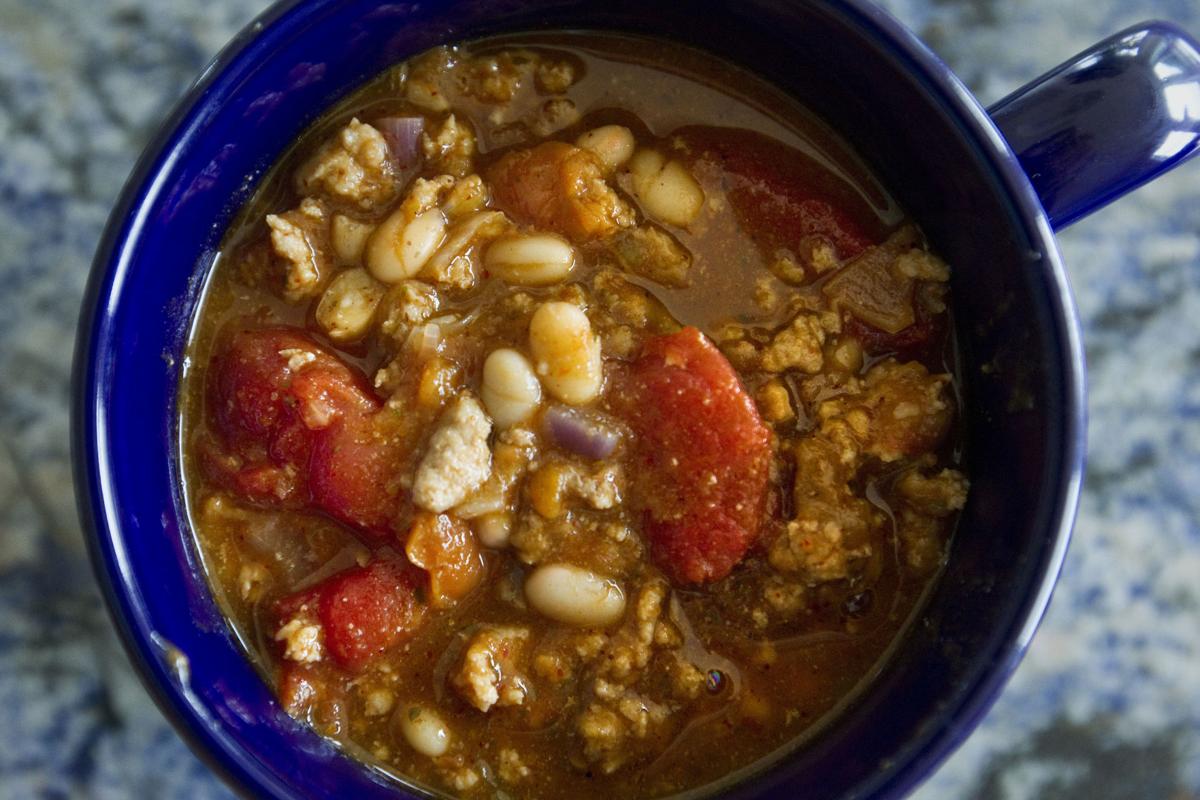 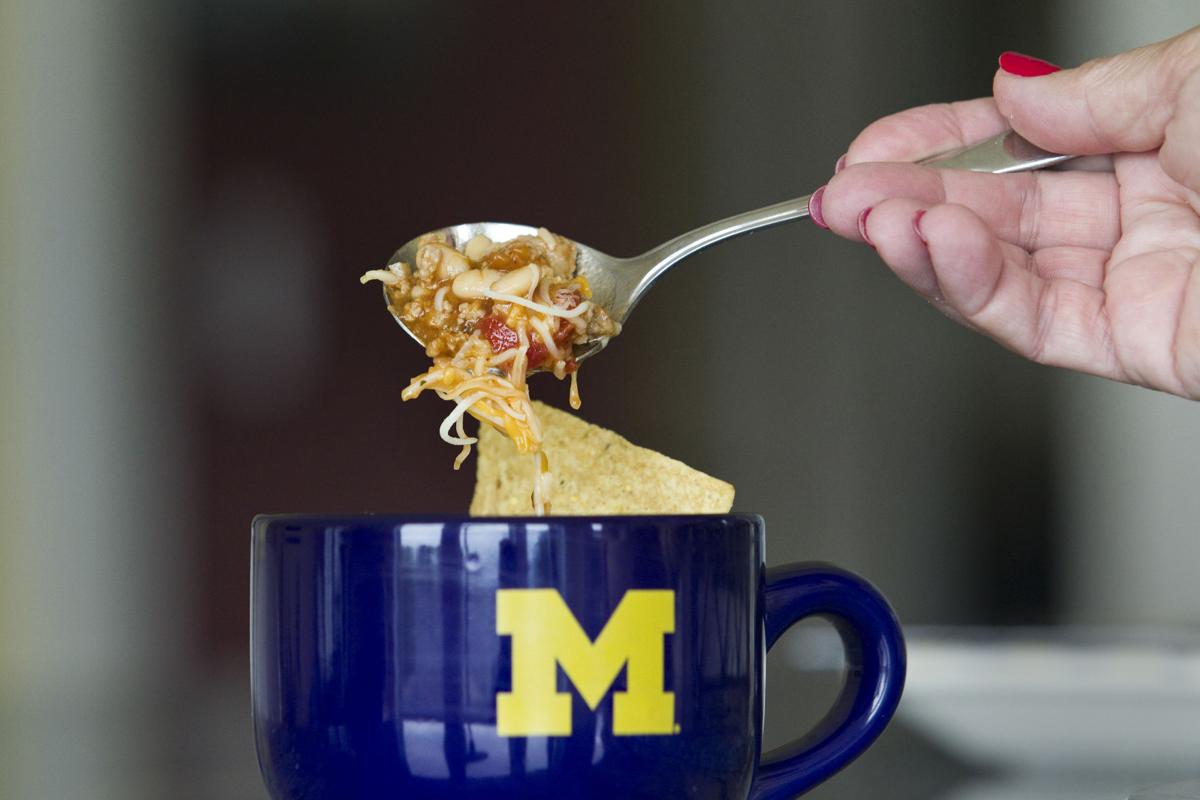 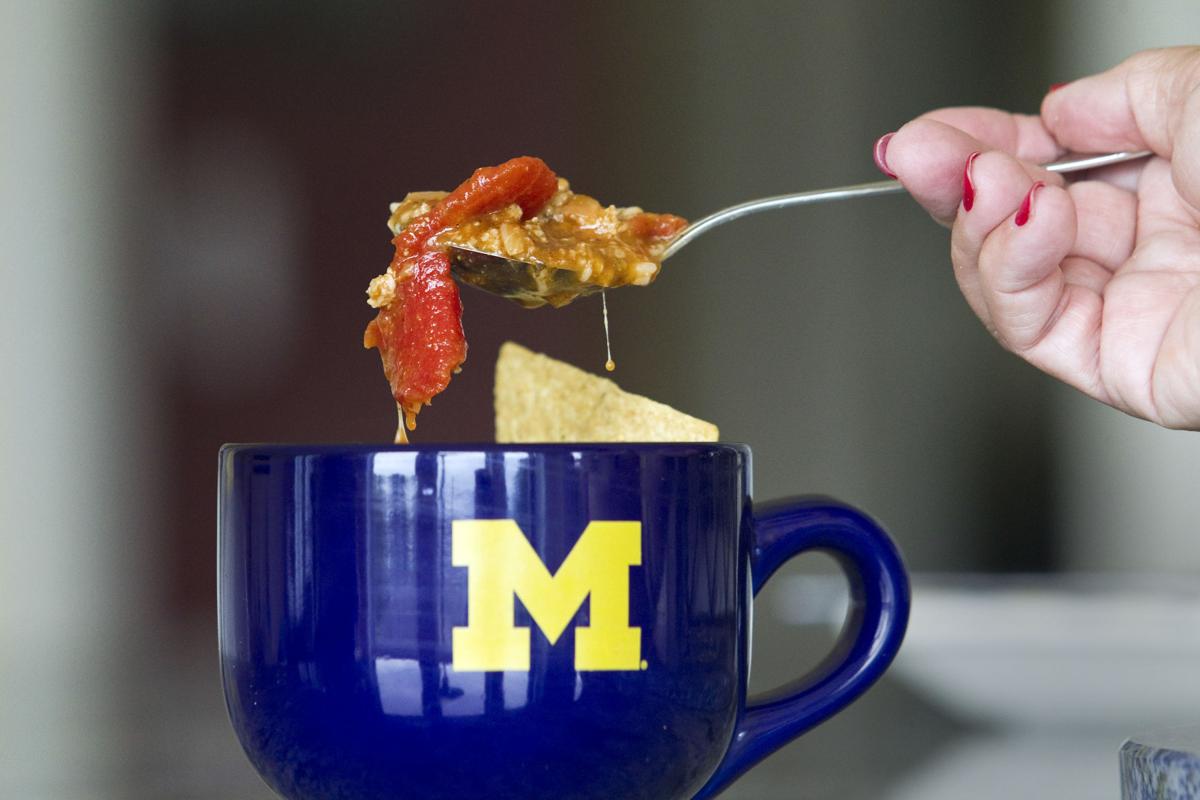 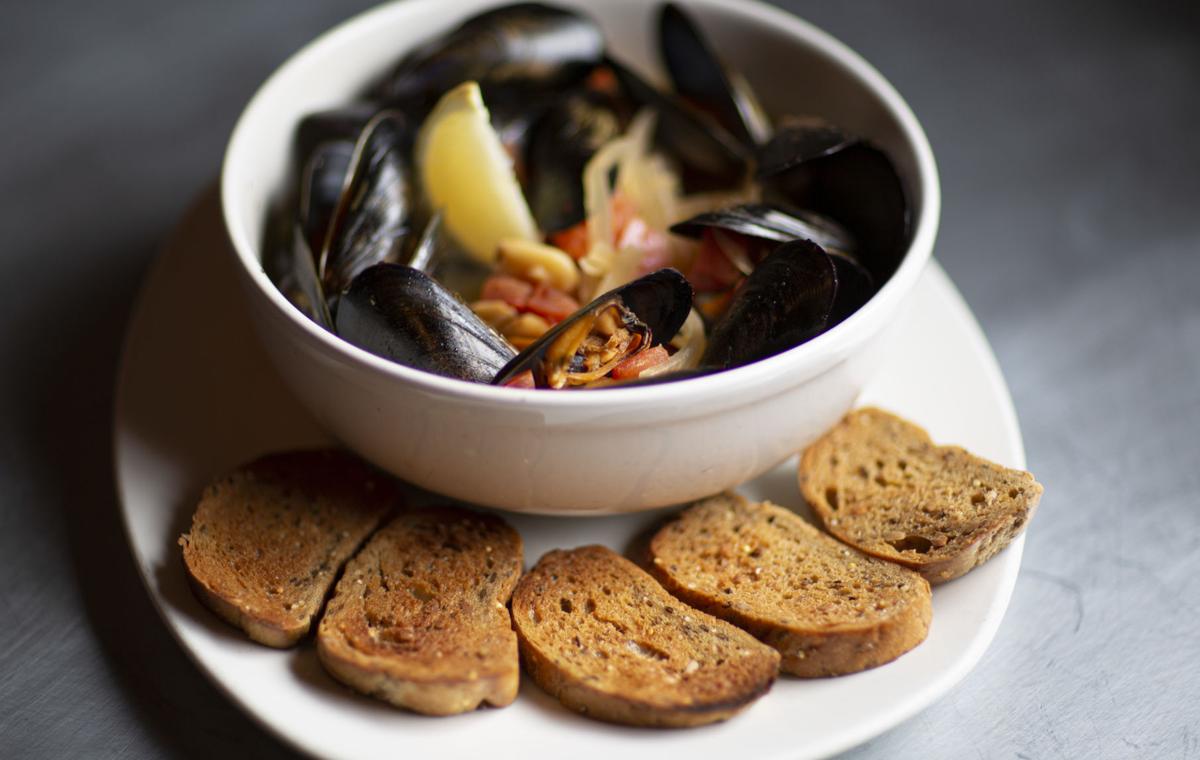 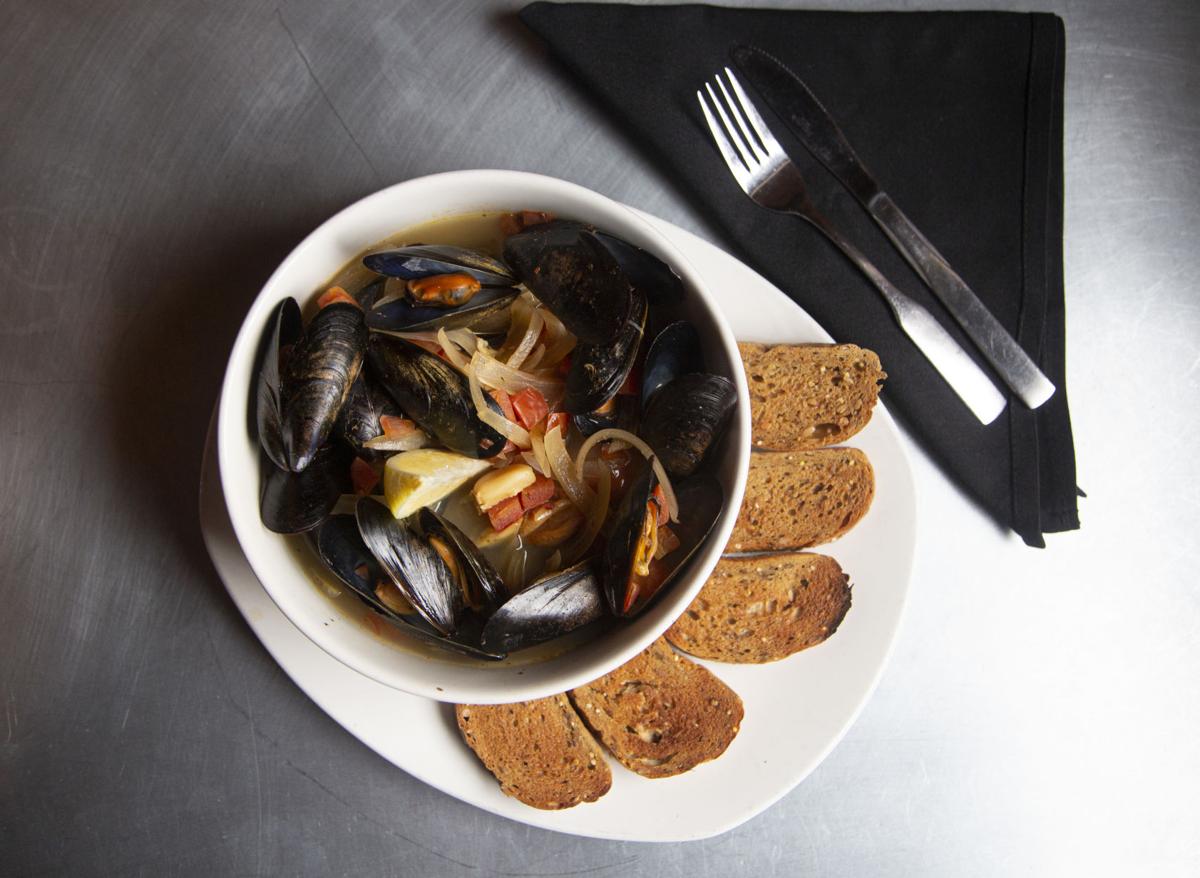 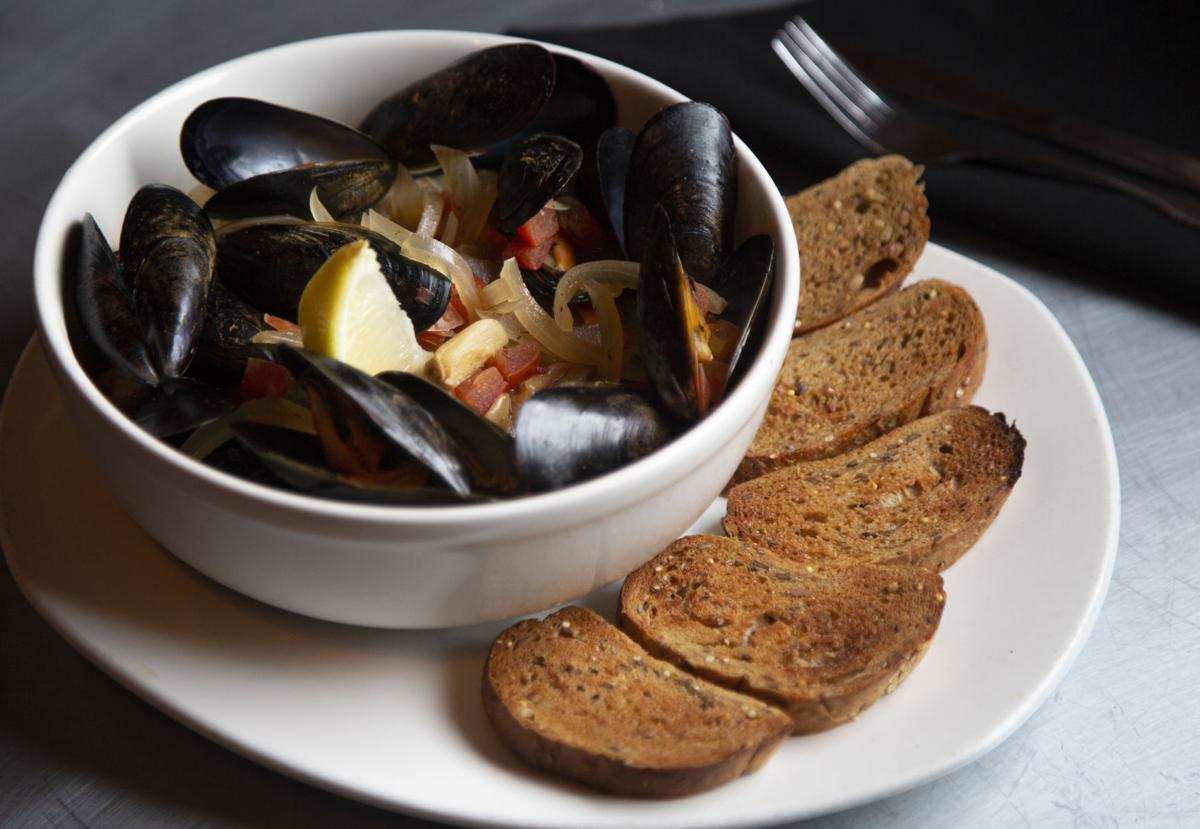 Mary Gillett checks the recipe while making cherry peach pumpkin chili in the kitchen of her Traverse City home.

The excitement surrounding game days in the fall stirs up appetites, making every sports fan want a full serving of hearty appetizers.

How about hot wings, chips and spicy dip, beer-steamed mussels or perhaps a big bowl full of hearty chili sprinkled with shredded cheese?

“My favorite thing on game day is a big Crock-Pot full of my favorite chili recipe,” said Mary Gillett, past president of the U of M Club of Grand Traverse.

In the past, the club got together with the Grand Traverse Michigan State University Club and turned the parking lot at The Little Fleet into a tailgate. Gillett brought Cherry Peach Pumpkin Chili, a crowd-pleasing dish she also loves to make at home in the winter.

The recipe from American Spoon is sweet and spicy, but Gillett cuts down the amount of green chilis, noting it’s hot enough without them.

“I double the recipe and that makes it perfect for a crowd,” she said, adding that she likes to make extra to freeze.

The turkey chili is made with American Spoon Cherry Peach Salsa and American Spoon Pumpkin Chipotle Roasting Sauce along with a handful of other ingredients. But it’s another American Spoon recipe that tops the game-day appetizer list for Ian Powell, manager of the retail store in Traverse City.

“My favorite recipe of ours is our Spicy Pimento Cheese dip,” he said.

Allen has a full list of appetizers on his menu — deep fried mushrooms, mozzarella sticks, potato skins, hot poppers and onion rings — but he said sports fans always flock to the beer and chicken wings.

“On Sundays with NFL, I have the NFL ticket so out-of-towners can still watch their home team play,” he said. “That’s a big benefit. If they’re up in this part of the woods, they can come in here.”

“Mussels are a big hit here, too,” Michaels said, adding that the mollusks are steamed in beer. “I don’t know that they’re the most popular but people love them.”

Michaels loves the excitement surrounding game days and how guests get crazy about their favorite teams, especially when the University of Michigan is playing Michigan State.

“Fans get real into it,” he said. That’s usually the only time we actually turn the volume on on our TV.”

“They have four different takes on brownies,” said Gillett, who discovered her favorite after taking a class at Zingerman’s, though the brownie recipes also are available in Zingerman’s cookbooks sold online.

“We pair it up with Moomers ice cream. It’s a taste of Traverse City and a taste of Ann Arbor,” Gillett said.

Heat the olive oil over medium heat in a medium-sized stockpot. Add the onions and sauté for about 5 minutes. Add garlic and continue to cook for an additional 2 minutes. Add the ground turkey and sauté until lightly browned.