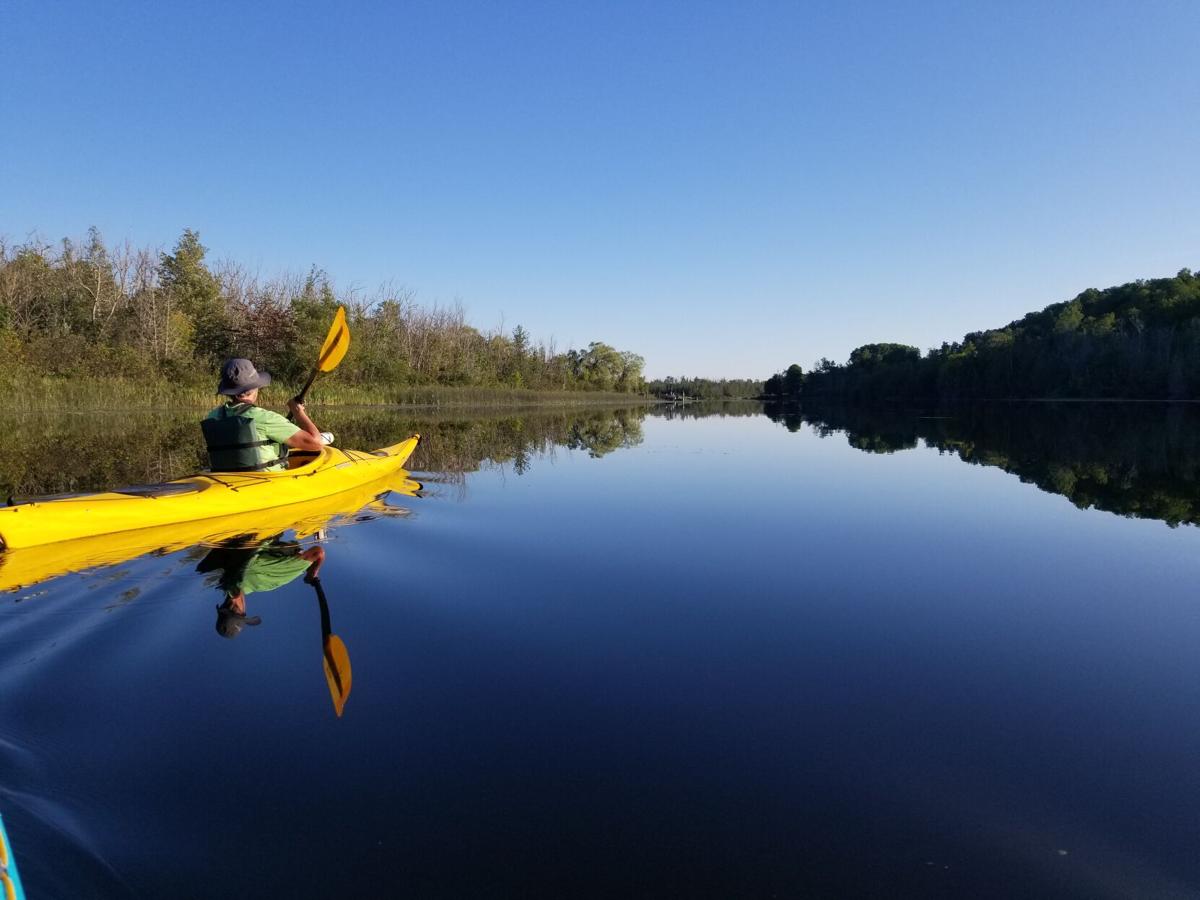 A kayaker on Wilson Lake, located between Ellsworth and Central lakes. 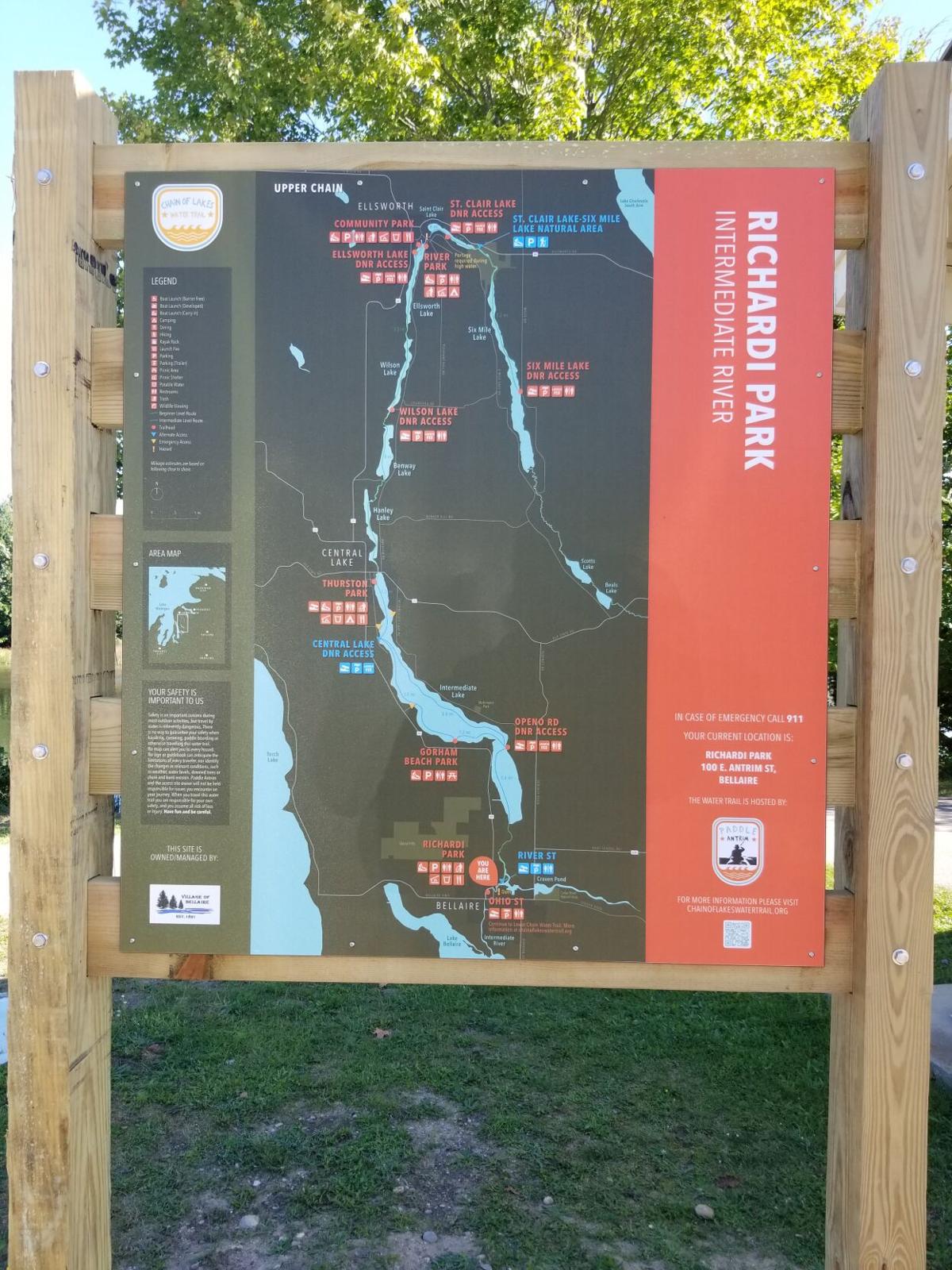 A kiosk with a map is stationed at Richardi Park in Bellaire. Paddle Antrim, a nonprofit based in Antrim County, helped set up these stands around the Chain of Lakes. 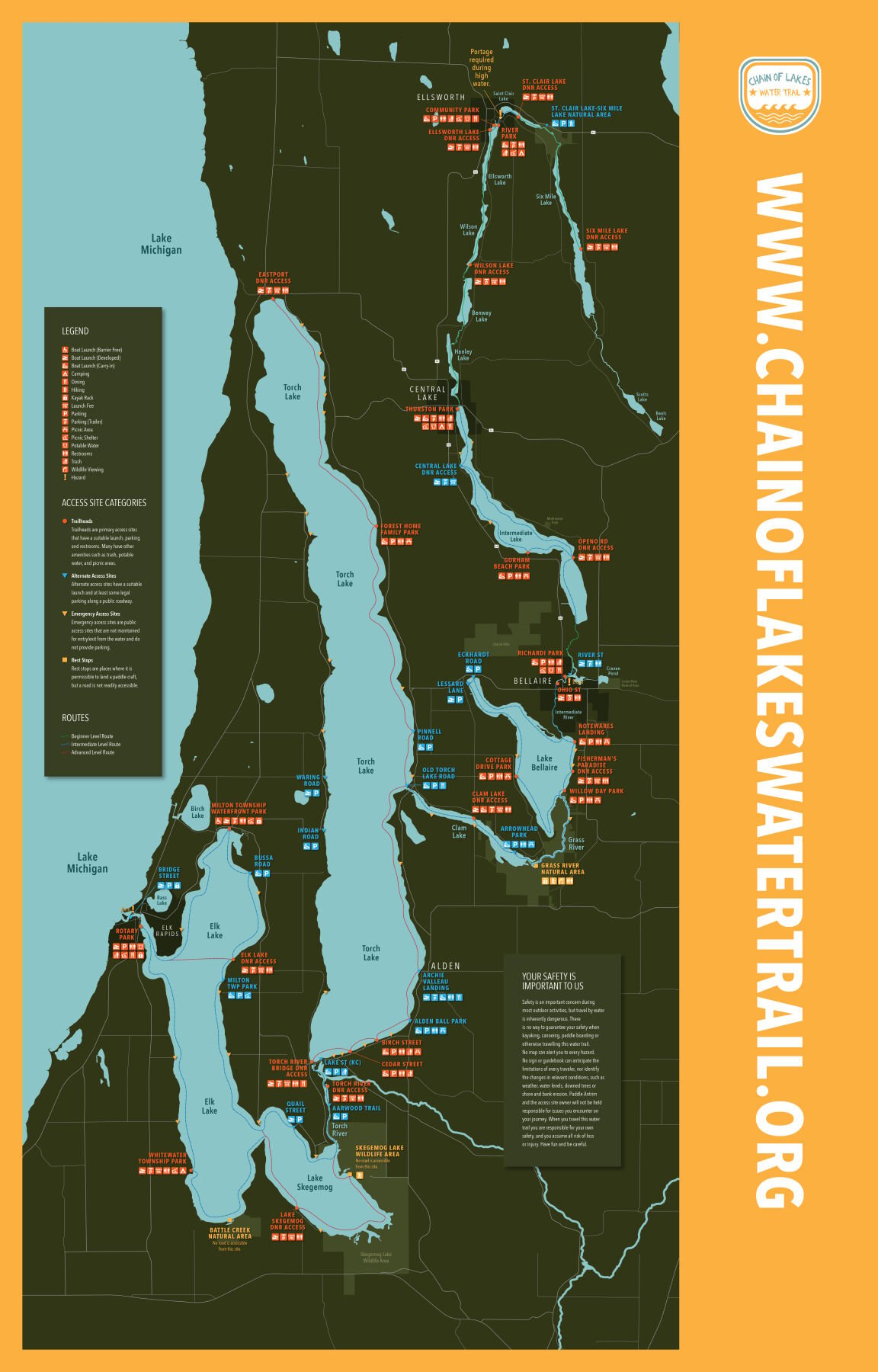 The Chain of Lakes Water Trail extends more than 99 miles from Ellsworth to Elk Rapids in northern Michigan. 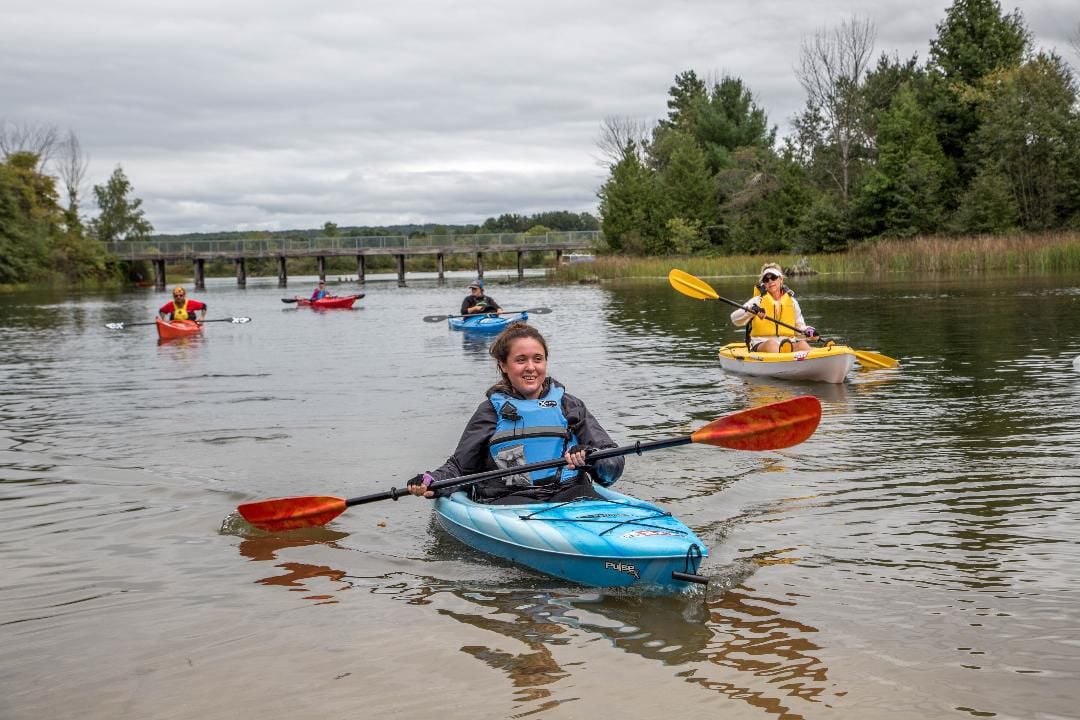 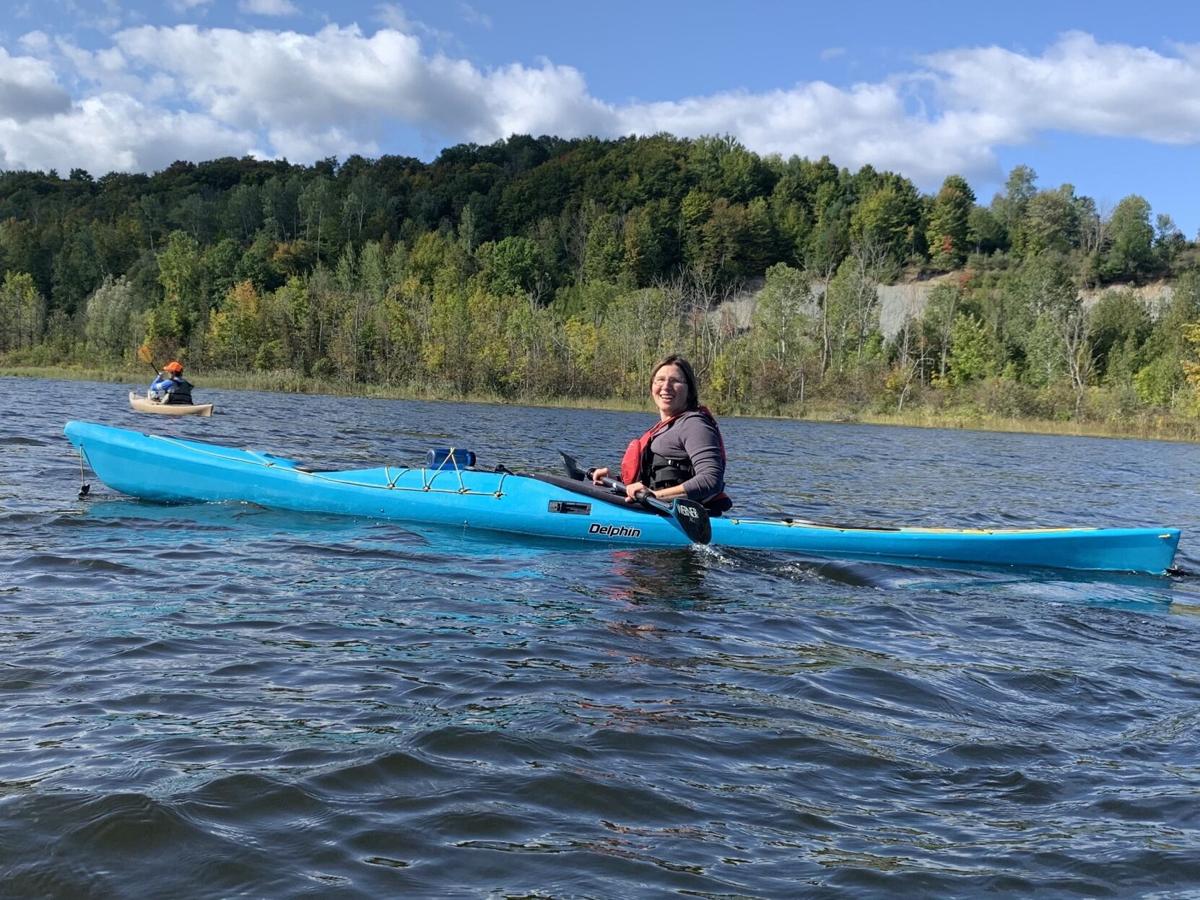 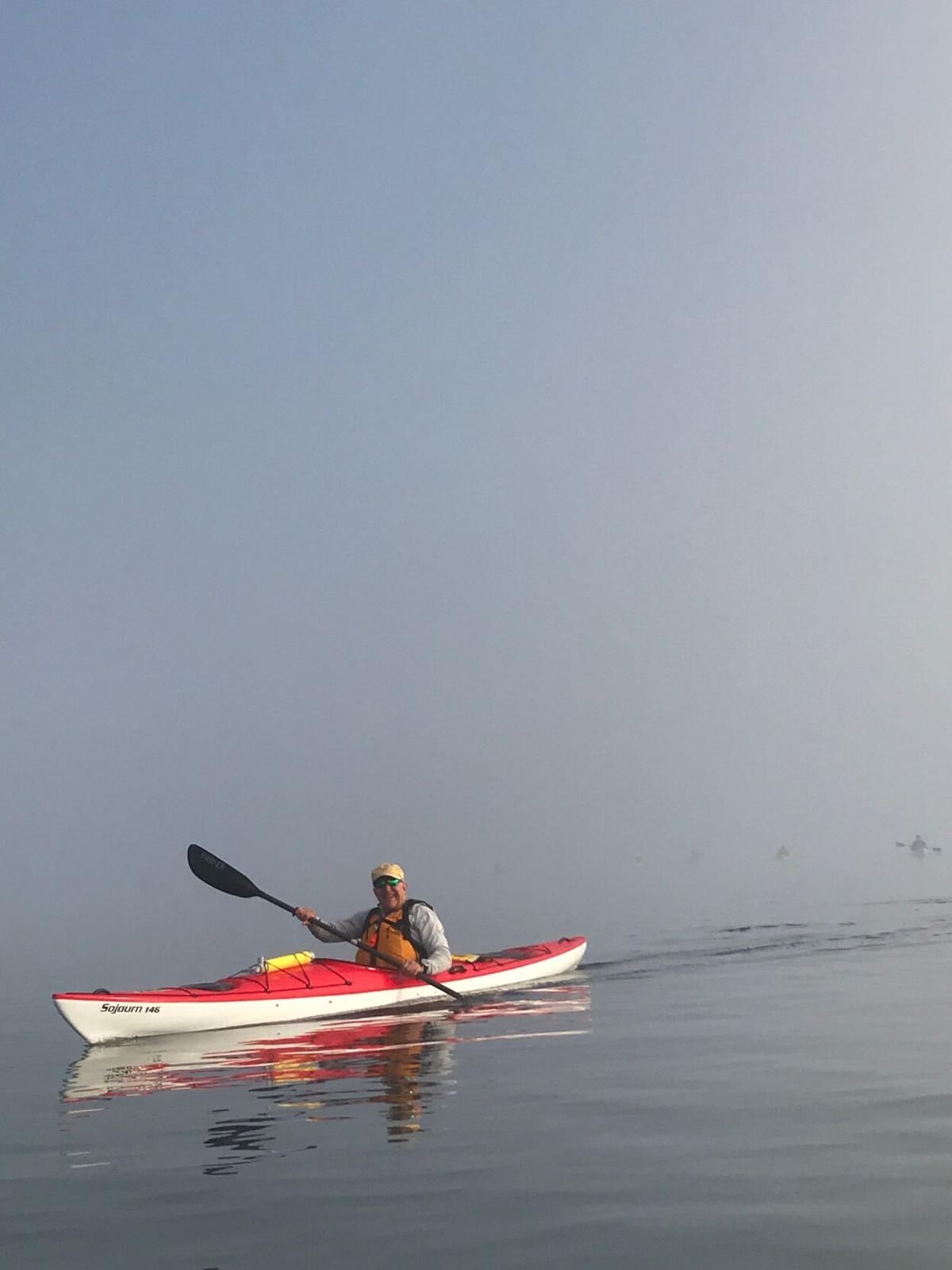 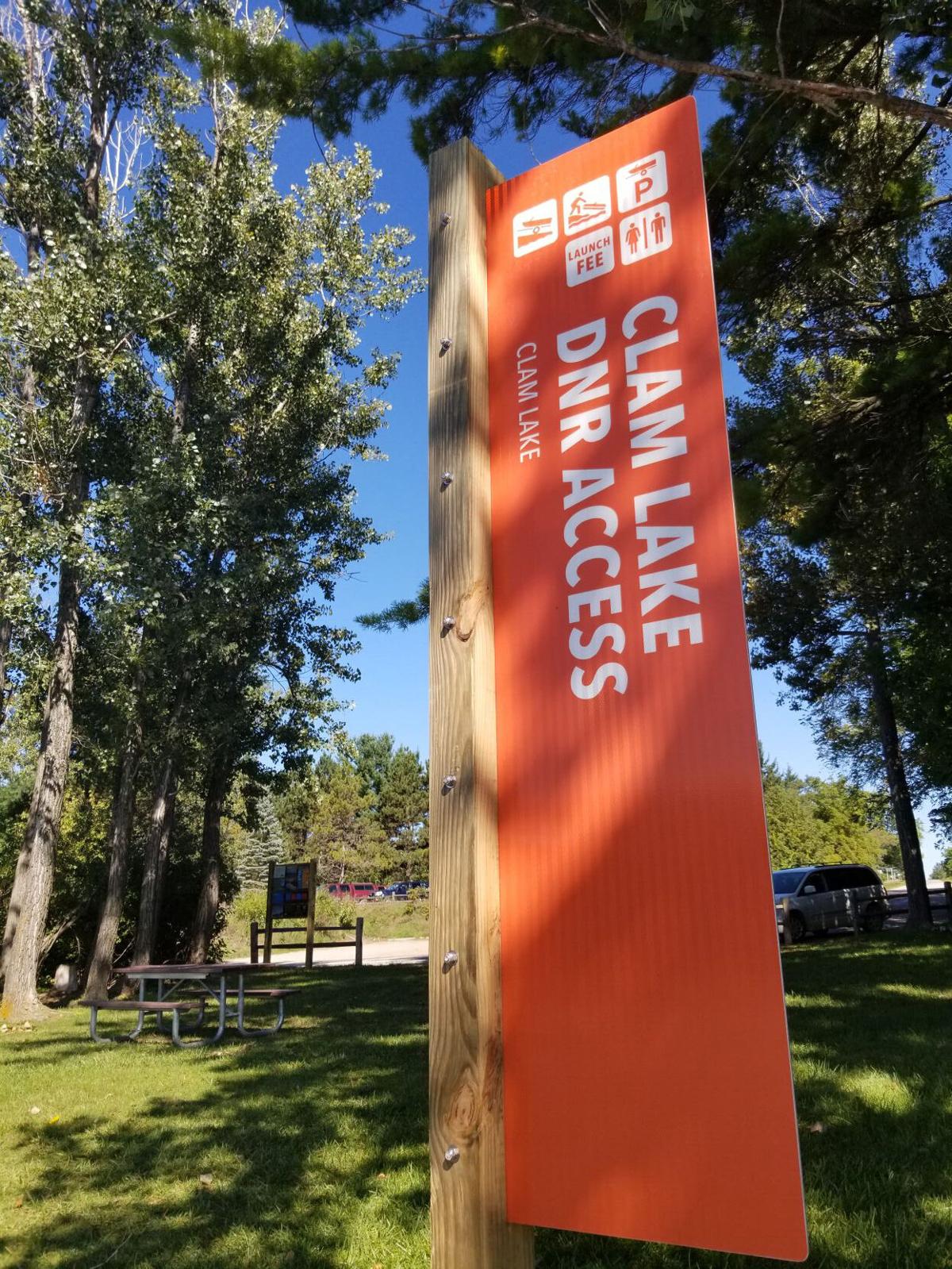 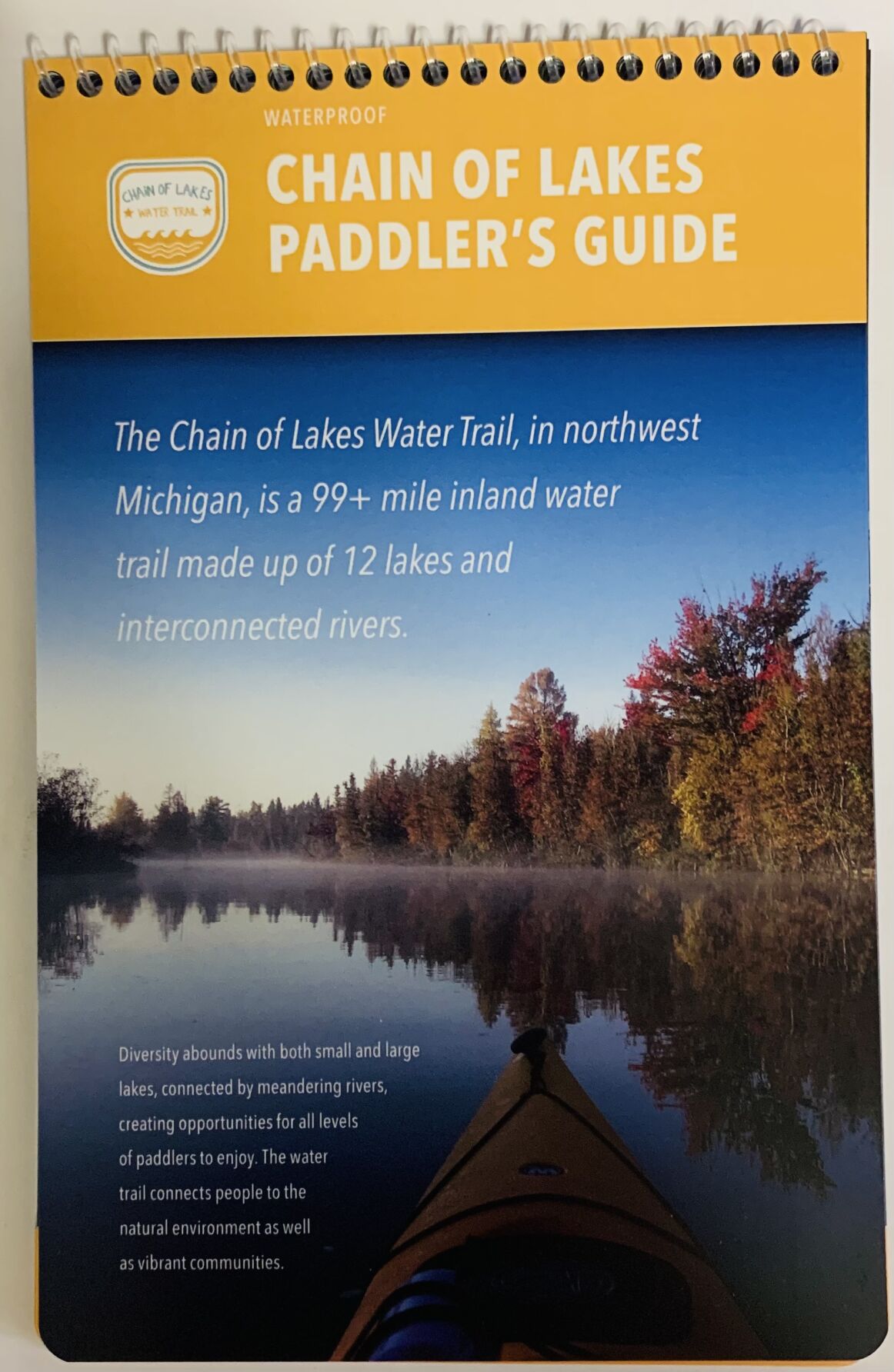 A kayaker on Wilson Lake, located between Ellsworth and Central lakes.

A kiosk with a map is stationed at Richardi Park in Bellaire. Paddle Antrim, a nonprofit based in Antrim County, helped set up these stands around the Chain of Lakes.

The Chain of Lakes Water Trail extends more than 99 miles from Ellsworth to Elk Rapids in northern Michigan.

More than 99 miles of state-recognized water trail opened in Antrim County during a late May ceremony.

Paddle Antrim Executive Director Deana Jerdee said in September they installed signs at 84 access sites along the Chain of Lakes, which stretches from Ellsworth to Elk Rapids.

“It was the end of the season, so we waited to do an official launch,” Jerdee said. “It took a lot of partners and a lot of funders to make this happen.”

About 19 entities own portions along the Chain of Lakes, and Paddle Antrim serves as host. Jerdee said this means they work with those organizations, businesses and individuals to support and improve local waterways.

“We made sure from the water’s edge there’s a sign so people know where to exit not on private property,” Jerdee said. “There are emergency exit spots. The kiosks at the trailheads have full maps.”

George Grazul is an avid paddler, though he only become one in the last few years. The Old Mission Peninsula resident said Paddle Antrim classes helped him gain necessary skills, like safety methods.

Grazul said he began volunteering with Paddle Antrim in 2019. He provided information from booths in Elk Rapids and guided the Paddle Antrim Festival.

Most recently, he helped Jerdee with the signs along the Chain of Lakes water trail. He said he is a “hands-on person” who prefers “manual work,” so this role was a perfect fit.

“The new maps and signs are very self-explanatory and they’re not too far apart,” he said.

Though the pandemic led to class cancellations, Gruzal said he plans to continue paddling the Chain of Lakes and get as much involved with Paddle Antrim as possible this year.

“My favorite areas are in the Upper Chain,” he said, referring to the portion from Ellsworth to Bellaire. “It’s not populated with houses. It’s nice and peaceful and there’s plenty of wildlife. I’ve had otters swim under my boat.”

He added that he also enjoys exploring Grass River, which flows near Bellaire.

The 2020 Paddle Antrim Festival was canceled, but this year’s event is scheduled from Sept. 17-18. Jerdee said it is a non-competitive paddle along the Chain of Lakes Water Trail. She added that activities may include some modifications because of the pandemic.

Additionally, community members and visitors can check the Paddle Antrim schedule for monthly group paddles along the water trail this summer.

“This year we’re hoping to get people back on the water,” Jerdee said. “We’re really excited to host events.”

Paddle Antrim routes are categorized by skill level, based on the Michigan Department of Natural Resources Water Trail Handbook published in 2018.

Beginner – Routes with minimum hazards suitable for new paddlers with new to basic skills. These routes are in small inland lakes with little or no current, no portages required, and normally limited waves. Access sites are typically every 3-4 miles.

Intermediate – Routes suitable for paddlers with some boat control skills, self-recovery skills and stamina. Paddlers should have the expectation of moderate waves when windy. Portages may be required. Access sites are typically every 3-8 miles.

Advanced – Routes suitable with paddlers whose skills include advance paddling, self-rescue, risk management, navigation, and stamina. Routes may include open water crossings and areas where landing is dangerous due to shoreline conditions. There is potential for high waves from wind and encountering motorized boat traffic. Portages may be required. Access sites may be up to twelve miles apart, with only emergency access sites and rest stops available within those twelve miles.

Because launches and waterways are enjoyed by many different user groups, it is important to be respectful and minimize user conflicts. The information below is adapted from American Whitewater’s Share the River Recommendations and available at https://www.paddleantrim.com/

Drive courteously and within the speed limit, respecting those that live nearby.

Park in designated areas making sure to not block driveways or interfere with traffic.

Do not play loud music.

Follow the laws and rules of the area you are using.

Consider taking a few minutes to pick up litter left by others.

At launches, behave in a friendly positive manner toward others and, if able, help those who need assistance.

Be mindful of the time you spend occupying the launch or take-out area to not unfairly restrict opportunities for others.

When interacting with anglers:

Paddle past areas that are being fished with minimal splashing to not disturb fish.

Avoid being loud. Voices carry well over water, so avoid shouting unless necessary for safety reasons.

Avoid startling anglers. When possible, pass anglers on a highly visible path and make eye contact with the angler as far upstream as possible

Leave nature as you found it – Take your trash and any other litter you may find.

Stay on the trail – Stay on established trails and use existing launches to reduce erosion.

Look out for loons – Avoid active nests and young chicks on the water. Observe from “binocular range” as close encounters can cause adults to abandon their nest.

Stop the spread of aquatic invasive species – Clean, drain, and dry your boat and gear after every trip.

Paddle Antrim and the Chain of Lakes Water TRail put out a 30-page guidebook to help paddlers plan their journeys. And it's conveniently waterproof!

Available for sale at these locations and online: