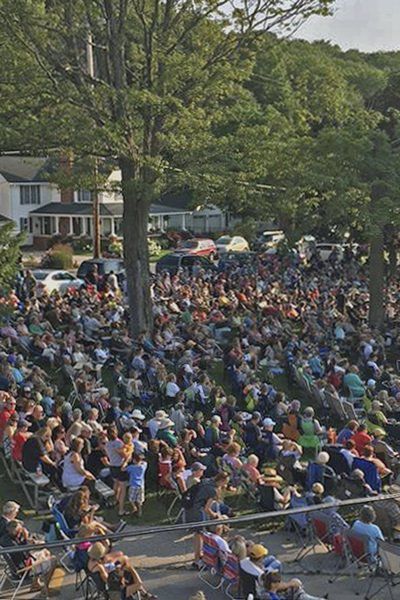 Concert-goers gather for Music at the Park in Beulah. 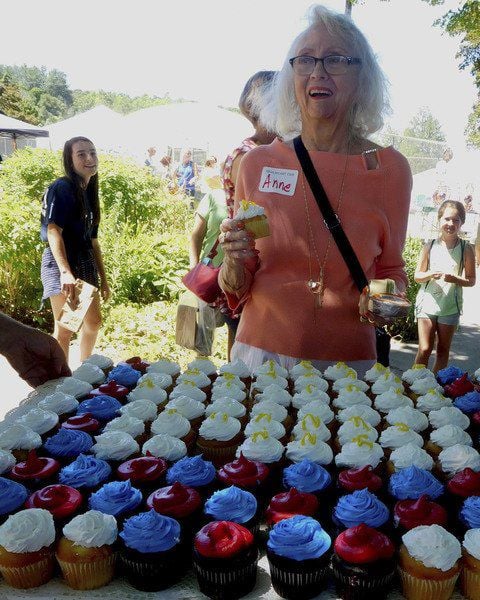 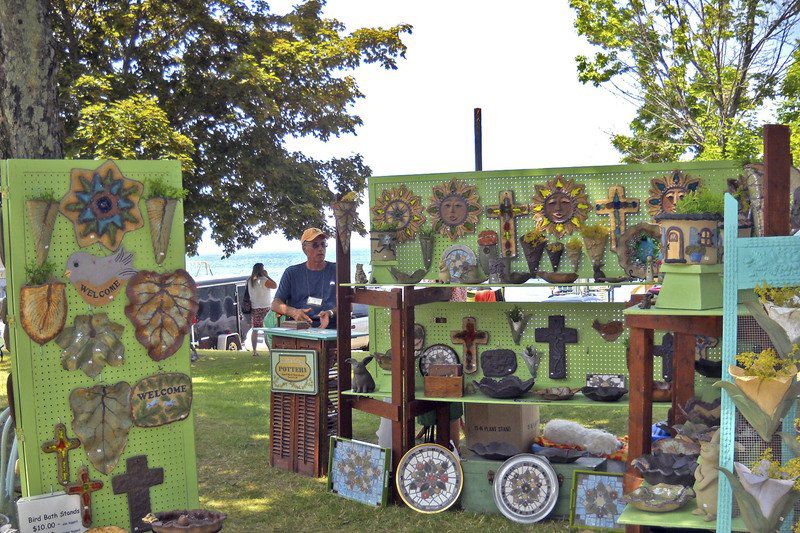 Crystal Lake peeks from behind a display of pottery at the Beulah Art Fair in Beulah’s Village Park. 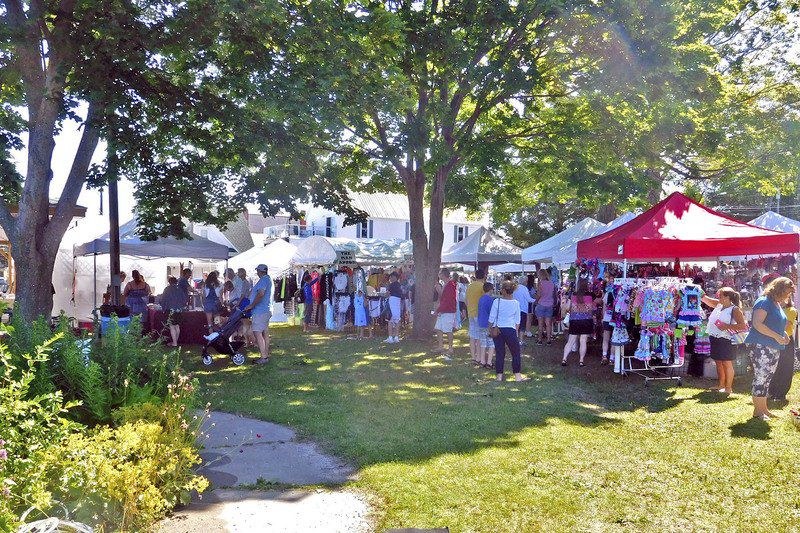 Village Park is the setting for the annual Beulah Art Fair.

Concert-goers gather for Music at the Park in Beulah.

Crystal Lake peeks from behind a display of pottery at the Beulah Art Fair in Beulah’s Village Park.

Village Park is the setting for the annual Beulah Art Fair.

Situated on the southeast end of turquoise Crystal Lake, Beulah is in an ideal position to attract summer visitors. Normally populated with about 300 residents, the Benzie County village draws hundreds of guests for summer events just a stone’s throw away from the lake’s sandy shores.

One of its mainstays is the Beulah Art Fair in Village Park, popular for social gatherings and picnics. Local Anne Ritchards started the fair a half-century ago with just 10 booths.

Now it averages 60-65 artists with their original pieces, from pottery and painting to jewelry, woodworking and textiles.

“These are professional artists and this is their livelihood,” said fair co-chair Vicki Carpenter, also secretary of the Crystal Lake Community Business Association and a Beulah resident since 2006. “The artists are skilled and excited to have a good turnout.

“It’s gotten pretty eclectic, but so has the world,” Carpenter said. “People come looking for those things.”

While vendors hail from Michigan, surrounding states and even Florida, Carpenter said the nearby Benzonia Public Library sets up one of the most popular displays.

Staff members reuse books, turning them into works of art.

“We have some very creative people — a lot of one-of-a-kind types,” she said. “It’s a pretty fun place to be. We have vendors who have been coming for a long, long time. Sometimes it’s a second generation that is here.”

The 51st annual Beulah Art Fair is July 6 from 10 a.m. to 5 p.m. — no matter the weather. Carpenter added that the venue is beautiful, as it overlooks Michigan’s ninth-largest inland lake.

“The park is only so big, but people come back,” she said. “It’s like a large extended family in many ways. You just build relationships with people. It becomes a nice social event.”

If art in the park is a feast for the eyes, Music in the Park is a treat for the ears. The series runs Thursday evenings from the end of June through mid-August.

Steve Loveless, community chair for the event, said he is looking forward to every show.

But a highlight will be a tribute to the 50th anniversary of The Beatles’ impromptu rooftop show in London. Loveless said the village will close a Beulah street and a band will recreate the performance from a local rooftop in July.

“We want to provide entertainment and a quality program for whoever is here,” he said. “It’s really a big community event. It’s great that the village government sees the value of performing artists and is willing to participate.”

Guitarist Jake Allen kicks off the season June 27 and the series concludes Aug. 15 with local trio The Accidentals, a hometown favorite known for indie-folk, pop and rock tunes.

“Most of the talent I try to book is regional talent or people who have had ties to the area,” Loveless said. “There’s so much talent in the region. A host of people perform with numerous ensembles and genres.”

Shows begin at 7 p.m. Loveless encourages guests to arrive early to set up their chairs and blankets, as the park tends to fill up. A free-will offering is collected.

“For us it’s a seated audience and they pay attention,” he said. “We do see some of the same people every week. We see as many local folks as visitors.”

Music in the Park 2019 schedule

• July 25 — "Dig a Pony": A Tribute to the Beatles Final Live Performance