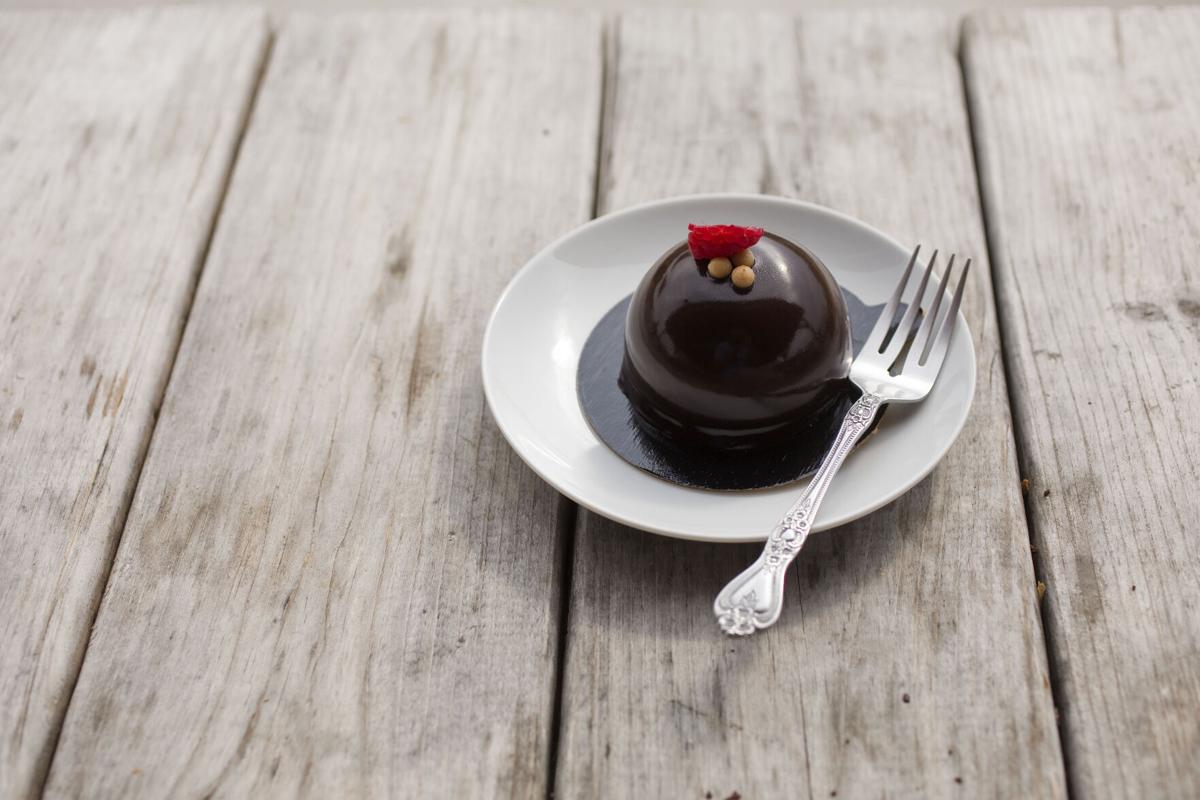 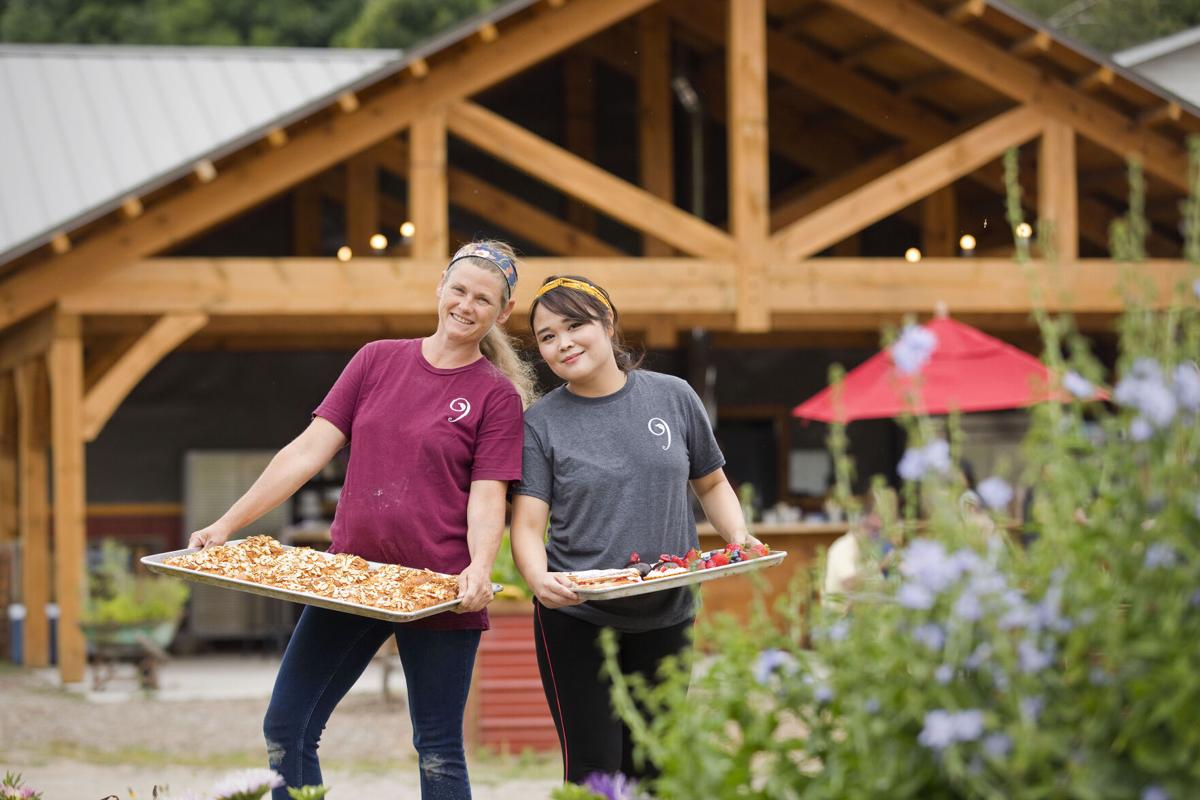 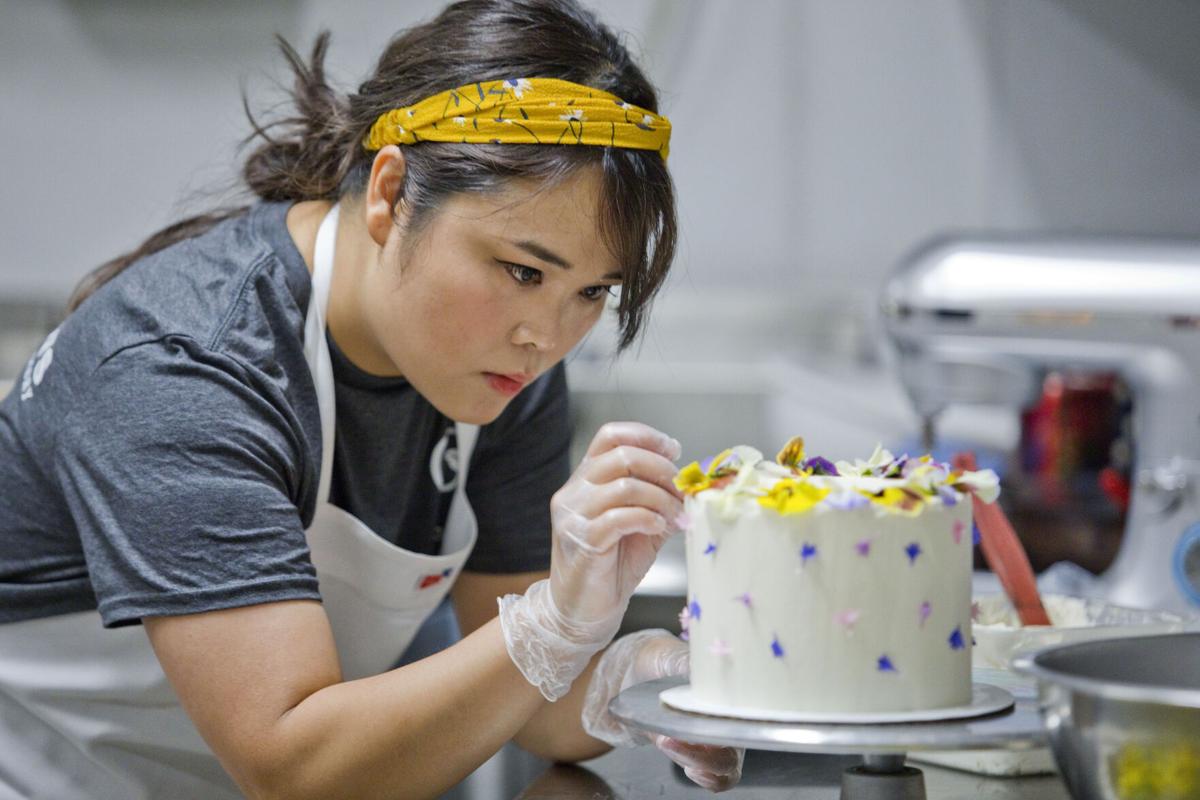 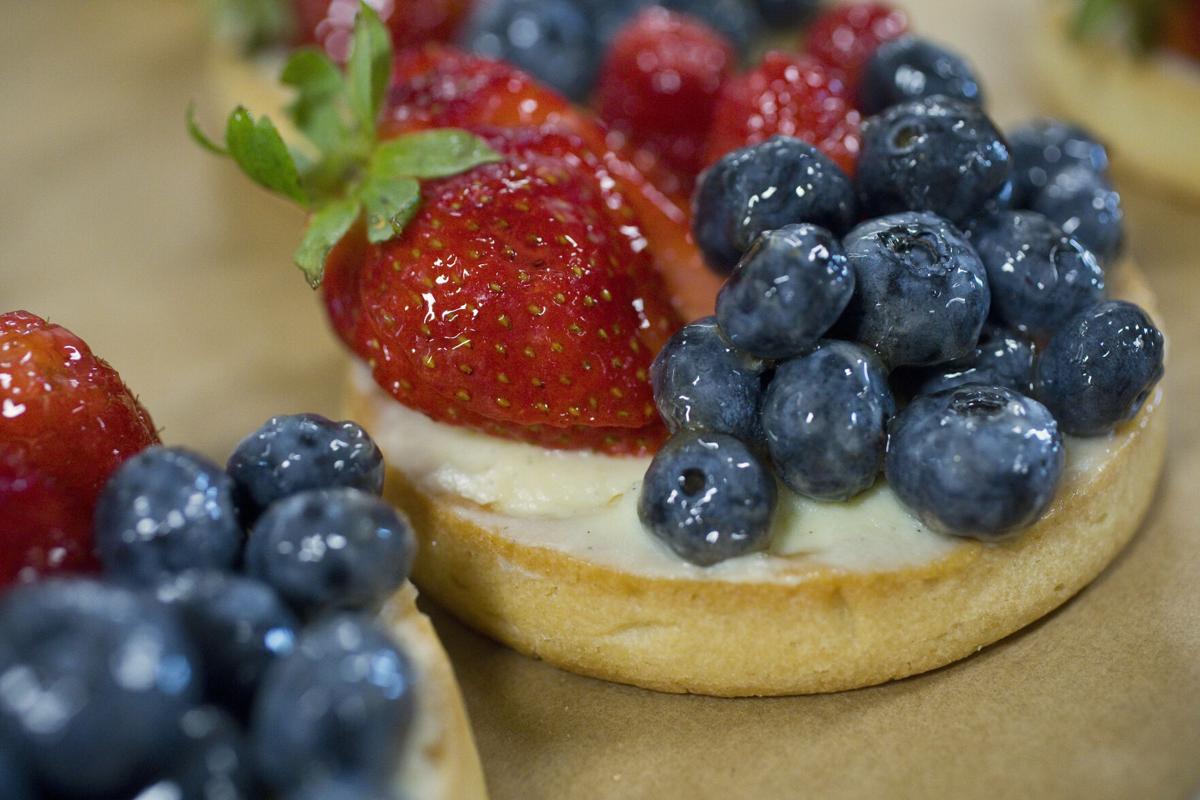 A fresh fruit tart with strawberries, blueberries from 9 Bean Rows in Suttons Bay. 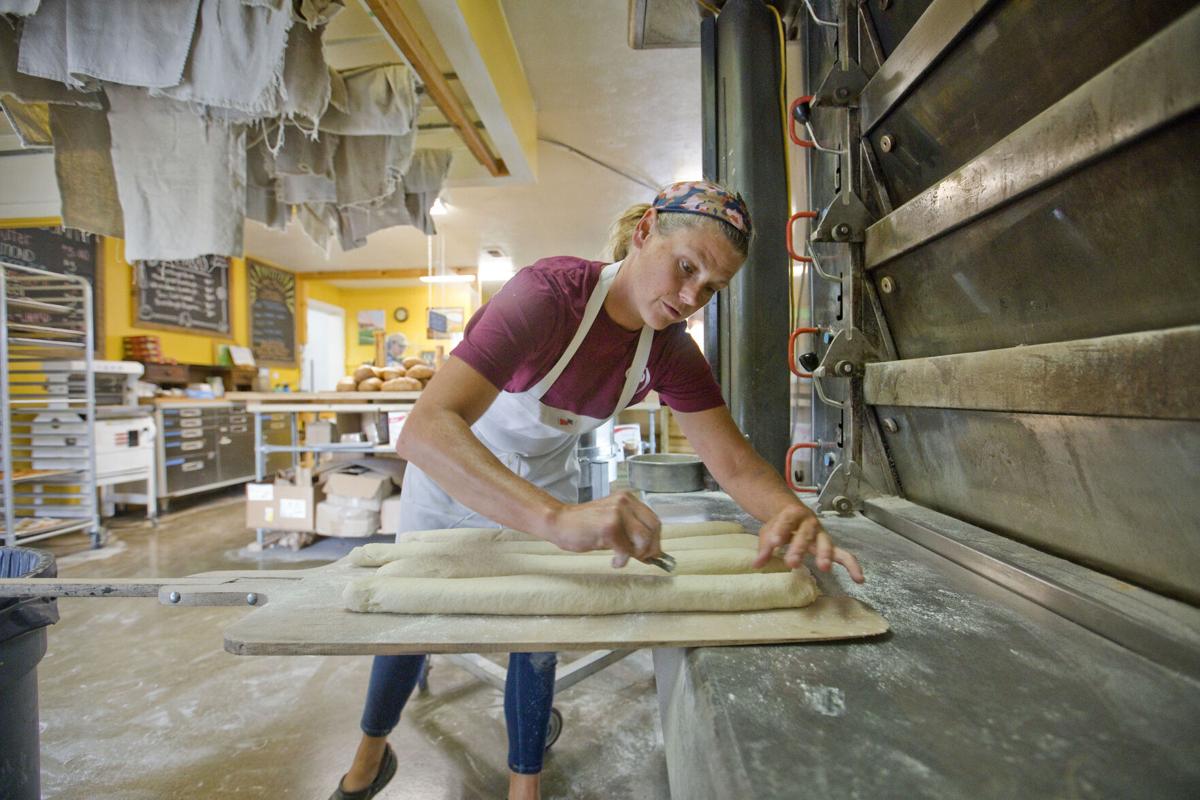 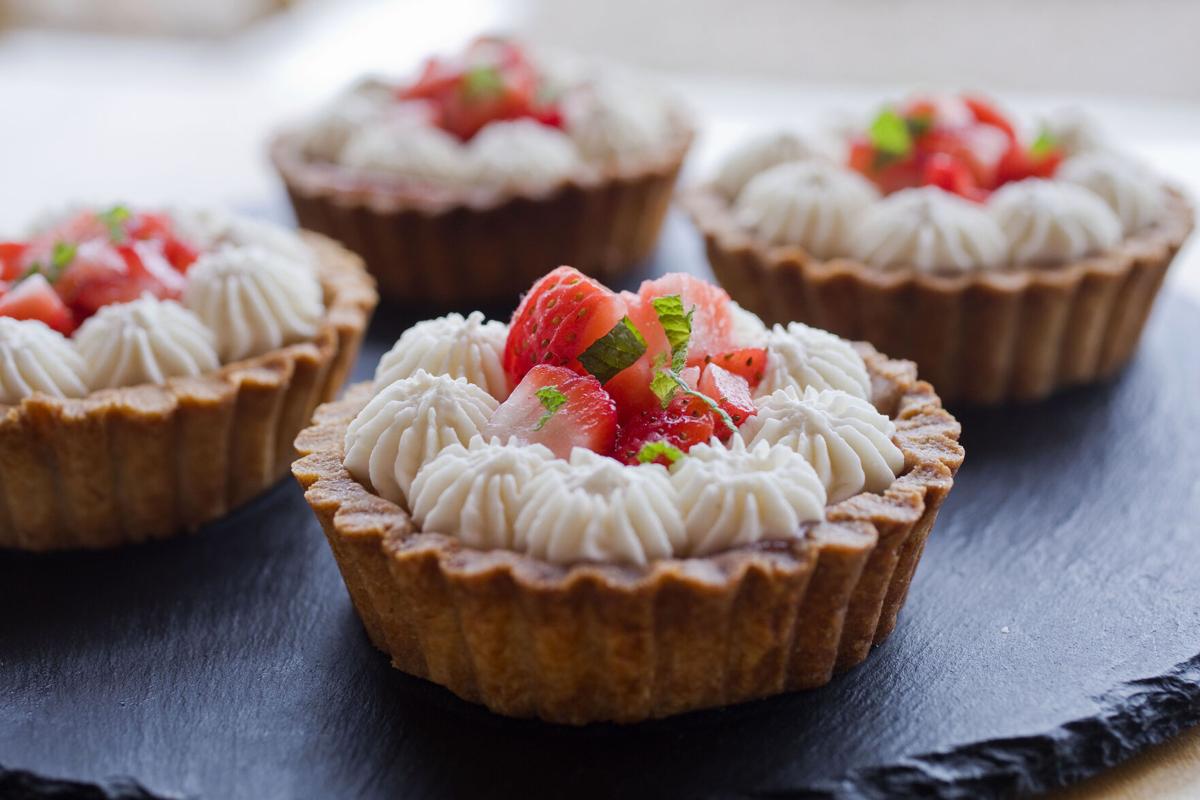 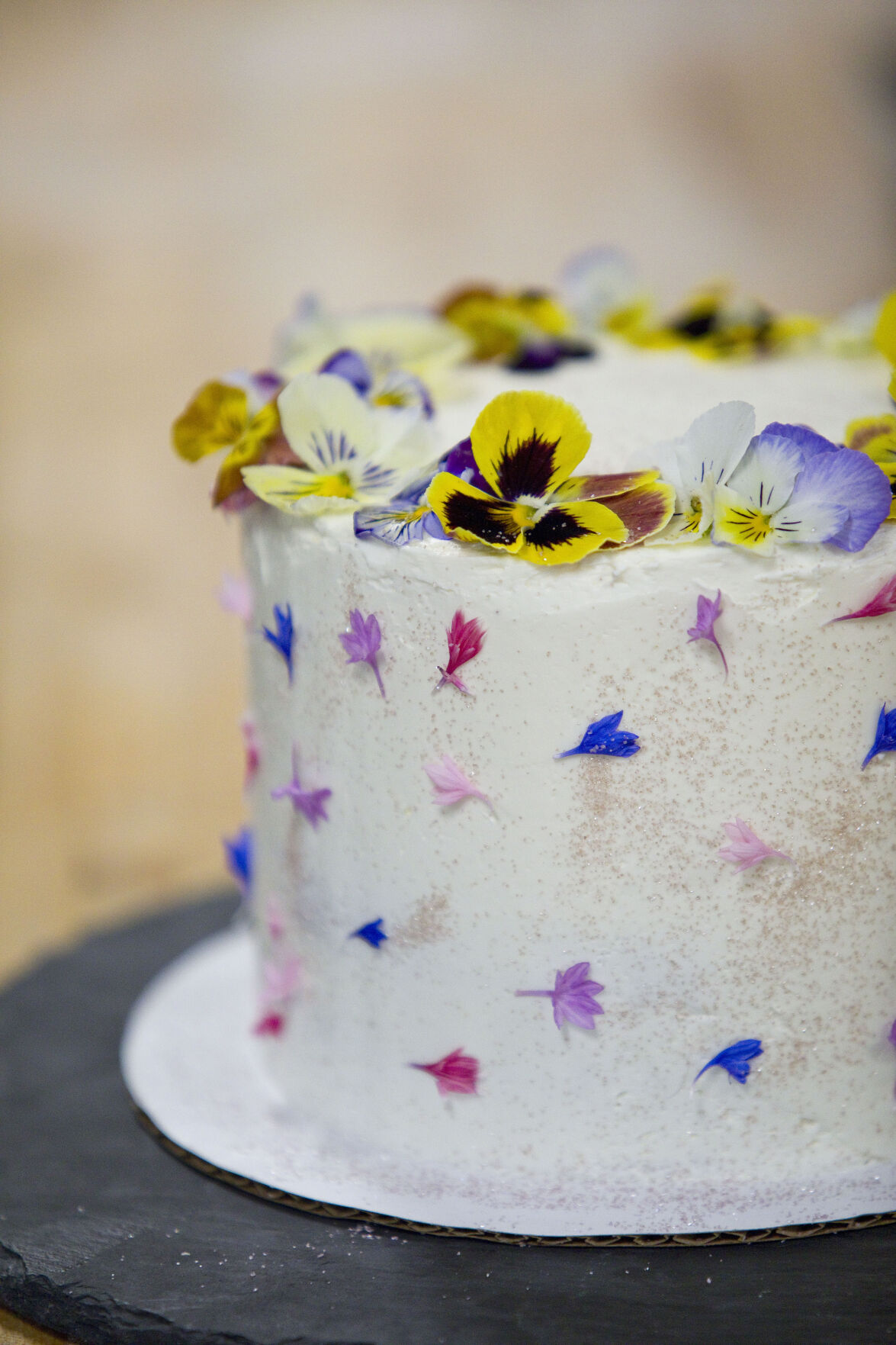 A birthday cake made with chocolate cake, chocolate ganache, vanilla buttercream and edible flowers from Cloud 9 in Suttons Bay. 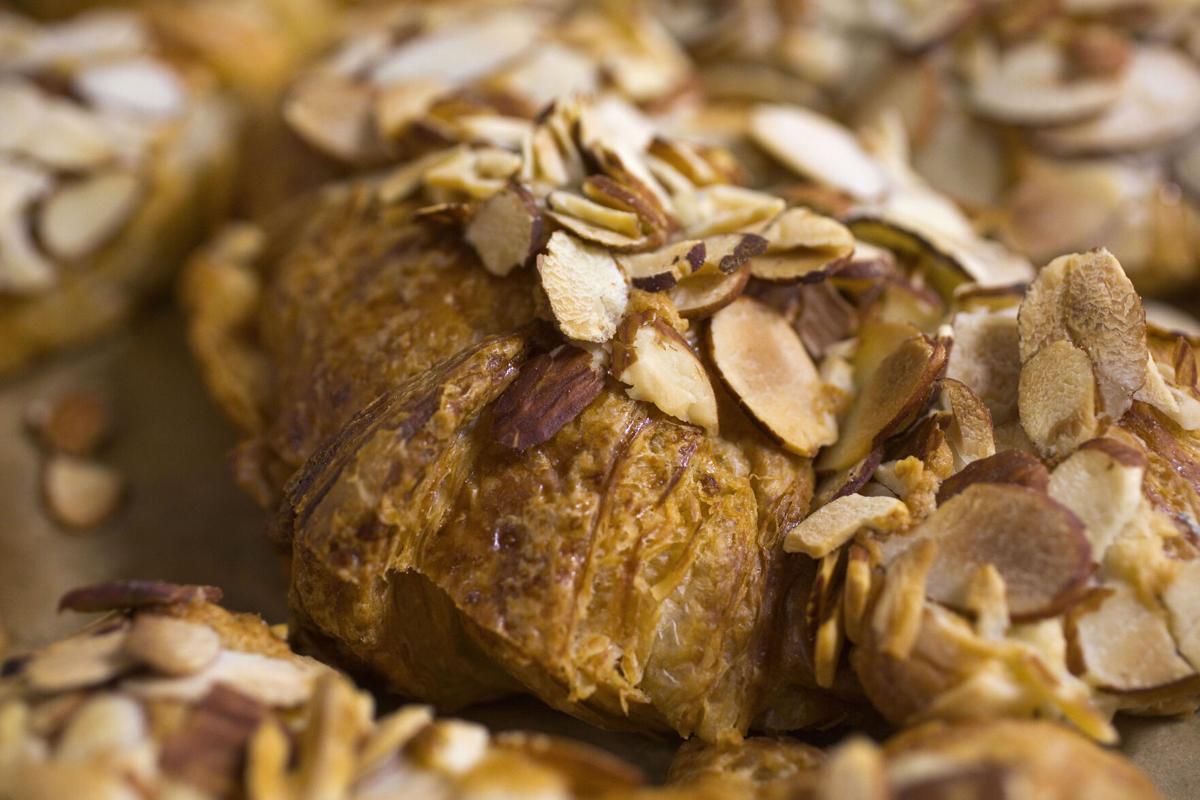 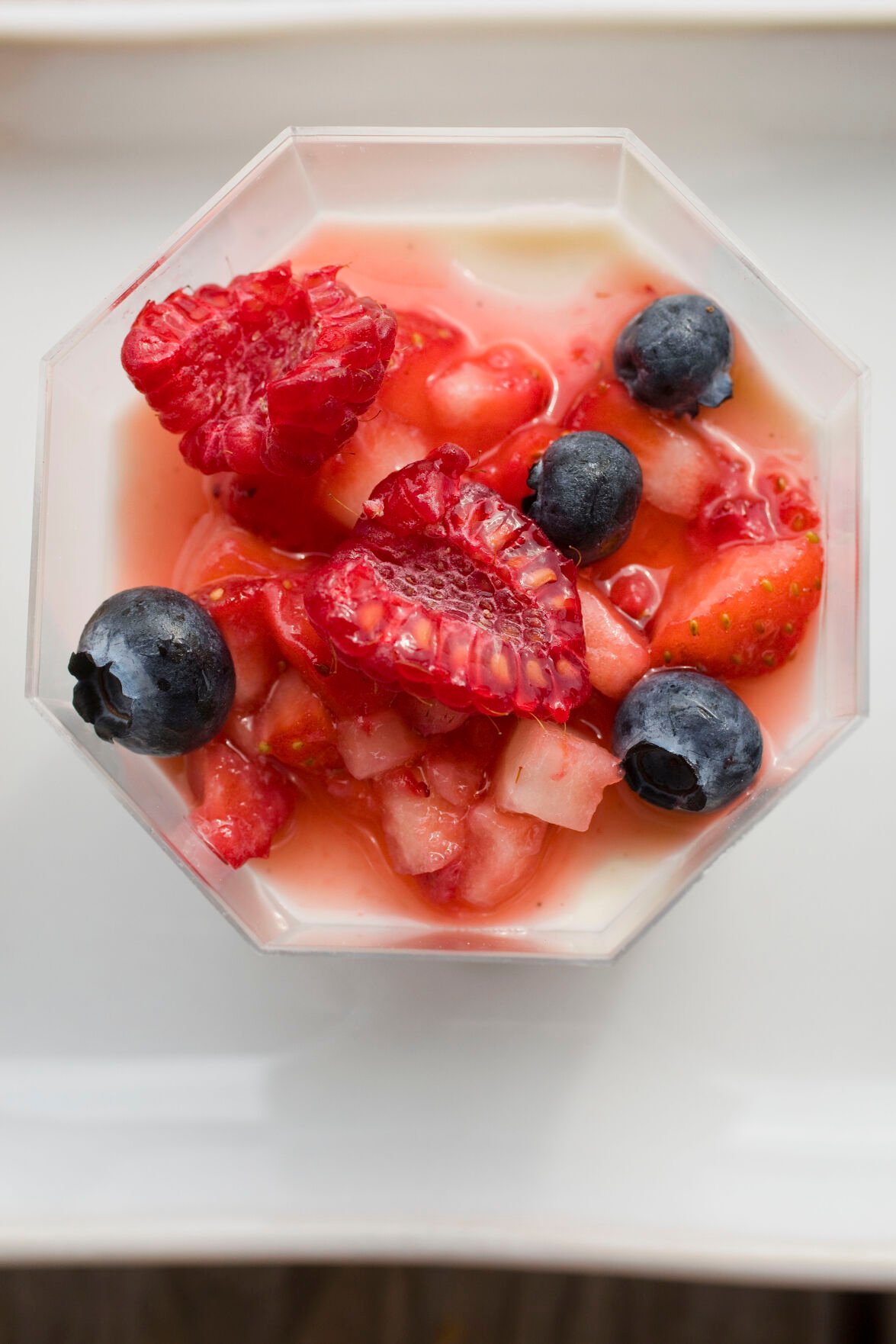 A fresh fruit tart with blueberries, raspberries and strawberries from 9 Bean Rows in Suttons Bay.

A fresh fruit tart with strawberries, blueberries from 9 Bean Rows in Suttons Bay.

A birthday cake made with chocolate cake, chocolate ganache, vanilla buttercream and edible flowers from Cloud 9 in Suttons Bay.

A fresh fruit tart with blueberries, raspberries and strawberries from 9 Bean Rows in Suttons Bay.

The Lake Isle of Innisfree

I will arise and go now, and go to Innisfree,

And a small cabin build there, of clay and wattles made;

Nine bean-rows will I have there, a hive for the honey-bee,

And live alone in the bee-loud glade.

And I shall have some peace there, for peace comes dropping slow,

Dropping from the veils of the morning to where the cricket sings;

There midnight’s all a glimmer, and noon a purple glow,

And evening full of the linnet’s wings.

I will arise and go now, for always night and day

I hear lake water lapping with low sounds by the shore;

While I stand on the roadway, or on the pavements grey,

I hear it in the deep heart’s core.

Recently, a young man with aspirations to open a brewery in northern Michigan was visiting with us. He shared his plans and we sat around brainstorming names, having way more fun than I would have imagined. The task was not without its challenges: a name needed to be easily found on Google (no weird spelling), unique (not already taken) and evoke the idea of the business it represents.

Emily Mitchell, of Nielsen Design Group, helps businesses create their identity and branding systems, and worked with food businesses over the years. Stone House Bread was one of her earlier clients. Founder Bob Pisor had a stone outbuilding on his property and came to them armed with the name for his bakery concept.

Emily says, “It was three good words … crisp to say.” The name was an image too, of the stone house; rustic, like their bread. The name passed muster.

Emily takes the saying “colorful language” to another level in her process. She steers her food business clients to consider “yummy” words, words with “good mouthfeel; you have to like to say it.” In the branding, she wants to see colors found in food, not, for example, “turquoise, which is not a food color.” Her last piece of advice is that the name should “google politely” so as not to have “nasty bedfellows” when you search for the business. I think we know what that means.

Would 9 Bean Rows pass Emily Mitchell’s test? The iconic farm/bakery/café owned by Nic and Jen Welty in Suttons Bay began as a farm in Omena in Leelanau County. They wanted to name the farm, and when they found that their first choice was already taken, Nic and Jen had trouble coming up with another name.

The family was sitting together one day on the porch, drinking beer, and discussing names for the farm. Jen’s father and her sister, both English majors, “simultaneously busted out reciting a Yeats poem,” Jen says. The poem was "From the Lake Isle of Innisfree." When she heard the line “And nine bean rows I will have there,” she thought, “that’s it!” “We didn’t know at the time we were going to do food; it was just a name for the farm … just a farm and a peaceful sanctuary we could call ours.”

The name does evoke farming, and, Jen says, “beginning with a number makes it easier to remember.”Many people playfully shorten the name to 9 Bean, which is fine by her.The graphics, by Susan Carlson, feature a simple and beautifully drawn bean vine in the shape of the number nine. Almost daily, customers ask about the name’s origin, which Jen says brings an “a-ha” moment for some, and glee for lovers of literature.

She has been particularly happy with their name, so much so that when Jen and her pastry chef, Anna Kuchaski, were thinking of names for their new patisserie business, Cloud 9 bubbled to the top. The patisserie utilizes Anna’s considerable talents, along with Jen’s, and fills a niche market in the area for fine pastries, eclairs and beautiful cakes. The venture began at 9 Bean Rows in Suttons Bay this summer, and they hope to find a Traverse City location in the near future.

When I asked about the transition from a farm as a “peaceful sanctuary” to a farm with a bakery, café, and patisserie, Jen laughed and said, “Peaceful it is not. But it is such a labor of love. Ten years later, I could not have imagined it would have taken off the way it did. The beauty of the chaos is that we are all working on this common goal together.”

On the surface, Jolly Pumpkin is a name that does not immediately evoke its business as a brewery and restaurant on Old Mission Peninsula. Paul Olson is VP of Culinary Operations for the management group overseeing their numerous restaurants. He says when he was told they were changing over from the Bowery to Jolly Pumpkin, “it (the name) will never work.” Jolly Pumpkin began as a brewery in Dexter, Michigan and was named by the founder, Ron Jefferies.

On the website, Jeffries writes that when looking at their long list of brainstorming ideas “…the name that always made them smile was Jolly Pumpkin … Fun and quirky.” By adding “Artisan Ales” to the name, they had a descriptor for the product. Jolly Pumpkin quickly became famous for brewing exceptionally good sour beer, even beating out the Belgians in competition, who have a history of making sour beer for a long time.

The opening of Jolly Pumpkin Traverse City, in 2004, was a new brewery/restaurant venture, and it worked. People came for the artisan ales, a novel concept at the time, and good food. It soon became a popular destination location. How much can we attribute its success to the name? Paul says, “The name, Jolly Pumpkin, is kind of a funny name. It’s happy … Our staff is like family and make it fun (to be there.) You walk in and it feels good … It has good vibes.”

Customers often ask about the name’s origin and are told Ron Jeffries’ tongue in cheek story, which includes liking Halloween (who doesn’t?), liking pirates (a popular Halloween costume), and playing on his nicknames, Captain Ron and Spooky Brewmaster. I asked if you could get away with an unusual name if your product is good, and Paul’s answer was emphatically yes. There are now seven Jolly Pumpkins in Michigan, and one in Chicago.

Mission Table is also on the property, a separate restaurant whose name I particularly like. Barbara Olson, the events director and managing partner for the Jolly Pumpkin, the Peninsula Room and Mission Table group, came up with the name. Emily agrees that Mission Table is an exceptional name: crisp, short, and descriptive (on Old Mission and a restaurant of style.) It has a good mouthfeel.

I caught up with Nate Crane of Rare Bird this spring to talk about the naming process for his brewpub in Traverse City. He had aptly just returned from a birding trip to the Rio Grande area.Nate described the inspiration springing from his lifelong fascination with the “rare bird alerts” posted by the American Birding Association.These are alerts sent out to birders of the location of the sighting of a particular rare bird. As a young child, Nate would beg his father to drive him to places posted on the alerts and learned to read by studying field guides.

Nate followed a business school path in college but always made time for his serious passion for birding. When he was ready to start a brewery in Traverse City, he met Tina Schuett, who would join the venture as a partner and its brew master. Nate was delighted to learn she had banded kiwis in New Zealand. The website describes that in their meeting, “We discovered rare birds and great beer to be our common ground.”

The name fits the business nicely: Rare Bird is a brewery that also has a Class C liquor license, allowing it to serve cocktails, which many breweries cannot. The logo designed by Tim Nielsen of Nielsen Design Group, is unique and colorful, and the name is “crisp.” and memorable.

We have an abundance of good two-word names in the region that fall into this memorable category: Little Fleet and Cooks House in Traverse City, and Hop Lot and Tandem Ciders in Suttons Bay, to name a few. A new player to the scene is Farm Club in Leelanau County.

Owner Nic Theisen tells their naming story: “We had been thinking about names for a while — this project has been in the works for a few years — keeping an ongoing laundry list. Nothing was quite right. I was out running one day, and Farm Club came to me.” He presented the name to the rest of the owners (his partner Sara, and Allison and Gary Jonas) and they quickly agreed.

Nic describes the name as having two factors, “a physical one: how it looks in print and how it sounds; and,the feeling it evokes.”The shape of the words worked well into a simple design with clean lines, much like their physical space.

“It also works well audibly, having two syllables.” More importantly, it suited their desire to “emphasize the farm first and foremost.”

The goal of Farm Club was to be a place for “community building and conservancy of the land,” says Nic. You might consider arriving by bike or on cross-country skis (there is easy access from the Tart Trail.) You might go there to pick up your CSA share, to have a glass of Farm Club brewed beer, local cider or wine with friends, or eat food grown and made on site that is in season and delicious. You can purchase some produce to take home and peruse the marketplace for housemade bread,dips and other prepared foods.

The word “club” is also, Nic says, “suggestive of a supper club.” Personally, the name makes me think, welcome to the club. My visits there can attest to that inviting atmosphere, and the added bonus of a wide range of people congregating there.

Most good business names have a good story, and it is the story that helps us remember the name. In the food world, it also doesn’t hurt when the product is delicious as well, and the environment is a welcoming one.