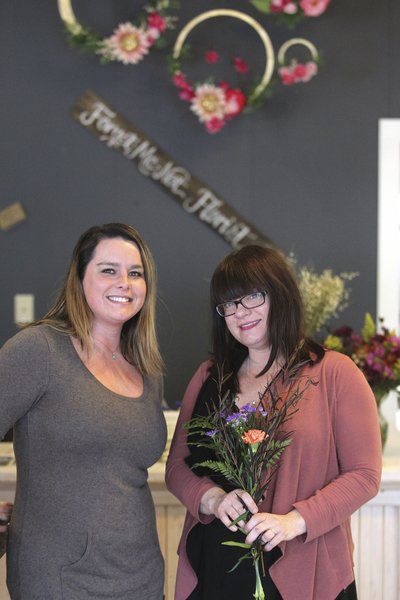 Carly Campbell, left, owner of Forget-Me-Not Florist in Suttons Bay, and business partner Angel Wolf, a floral designer, stand in their shop on St. Joseph Street. The two took over the business in June 2018. 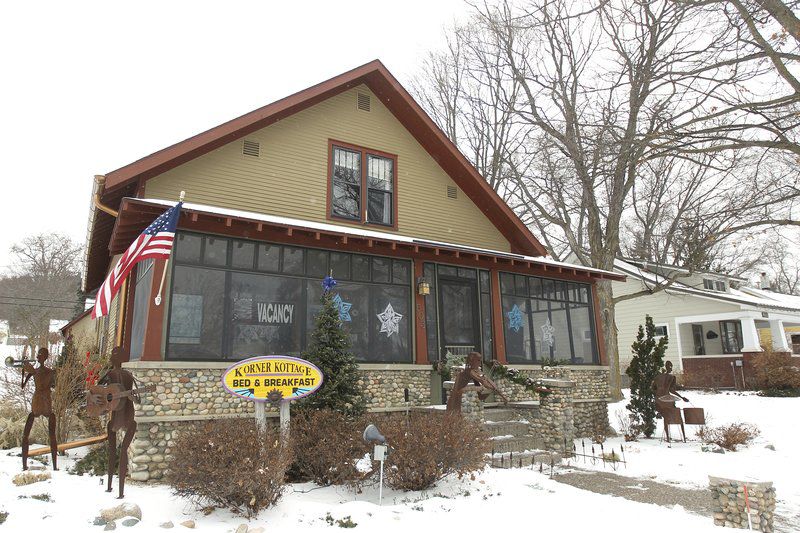 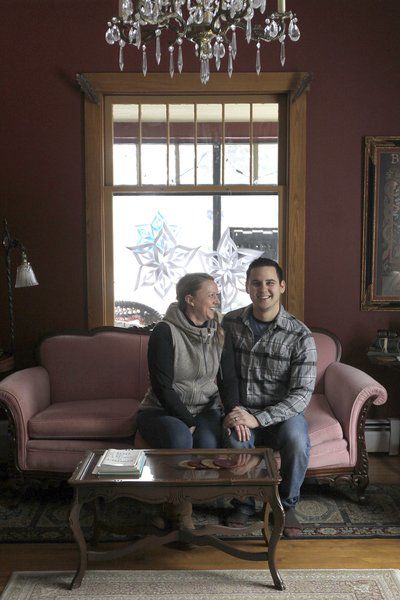 Jillian Pontius, left, and her husband Jared Pontius are the new owners of Korner Kottage in Suttons Bay, a bed and breakfast downtown. The young couple are part of a string of young and new business owners in Suttons Bay. 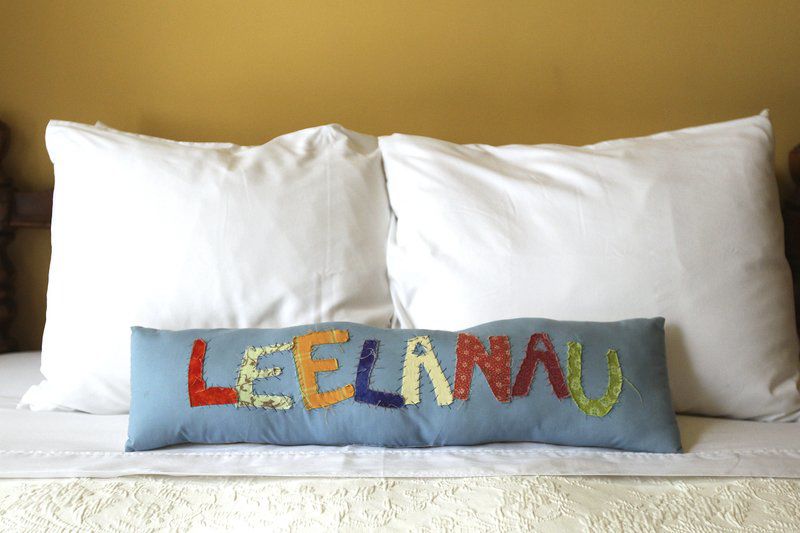 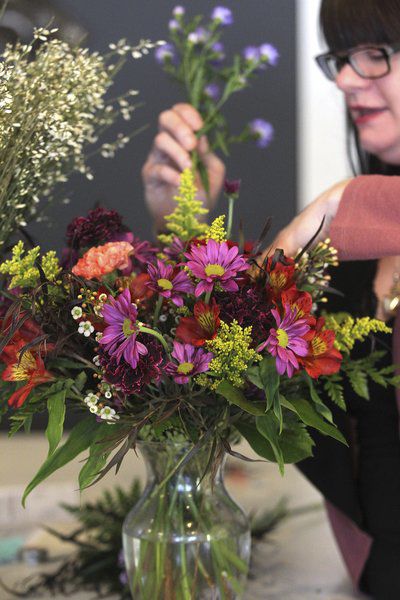 Angel Wolf carefully places a stem in a pre-made vase at Forget-Me-Not Florist in Suttons Bay. 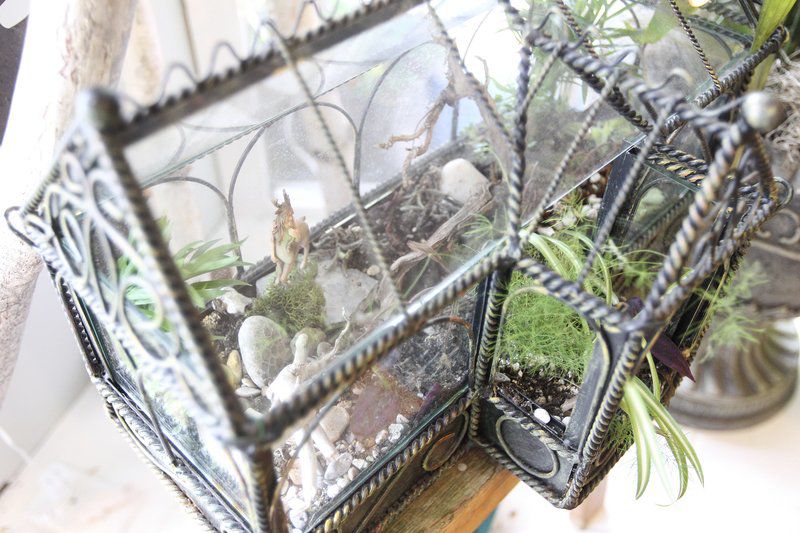 Carly Campbell, left, owner of Forget-Me-Not Florist in Suttons Bay, and business partner Angel Wolf, a floral designer, stand in their shop on St. Joseph Street. The two took over the business in June 2018.

Jillian Pontius, left, and her husband Jared Pontius are the new owners of Korner Kottage in Suttons Bay, a bed and breakfast downtown. The young couple are part of a string of young and new business owners in Suttons Bay.

Angel Wolf carefully places a stem in a pre-made vase at Forget-Me-Not Florist in Suttons Bay.

SUTTONS BAY — A changing of the guard is in progress in Suttons Bay.

He and his wife, Debby Saksewski, 33, opened a retail shop, The Bear Den Gallery, on Aug. 19 in Suttons Bay, joining a long line of movers and shakers looking to make a living off new ventures.

Eight businesses operated by relatively young adults have invested in various operations throughout Suttons Bay over the last 24 months, bringing a wave of new business owners to a traditionally older generation town.

Bay Burrito Company: Owned by Seth and Jenn Friedman, both 42

The new business owners range in age from 26 up to 42 years old, and each one of them have different stories about how they got their drive, financing and professional acumen to be successful.

The Saksewskis decided to leave corporate America, and opened The Bear Den Gallery in the barn on the corner of M-22 and Hilltop Road at the end of the 2018 tourist season.

“One morning I woke up, cranky about having to go to work, and I rolled over and said to my wife, ‘Let’s sell everything,’” Jay Saksewski said.

They left Grand Rapids after Jay quit his job as a vice president of a manufacturing company and Debby left a position in human resources. They invested their savings in their new shop that sells rustic art made from wood, stone and metal, among many other items.

They also turned their website into an e-commerce site to sell their goods during the slow winter months. In an effort to keep up with big online competitors like Amazon, they offer free shipping on all online orders.

“We went into the financial planning of the business very conservative, so we’re able to pass (low prices) onto our customers,” he said.

Forget-Me-Not Florist and Grace Elizabeth Bridal were bustling with bridal business in 2018, their first summer of operation. The florist is owned by Carly Campbell, 30, and she runs the store with the help of her best friend, who happens to be an experienced florist, Angel Wolf, 40.

Both businesses cater to brides, and they recommend each other to customers.

Campbell bought the florist shop in a turnkey business transaction at the beginning of last summer and took over operation on June 15.

“I always wanted a bigger position, but never found a good opportunity,” Campbell said. She said she had been talking to Wolf about starting some sort of “crafty” business where they could work together.

One day, she was flipping through the real estate section of the paper and saw that the flower shop was for sale.

“I couldn’t get to the phone fast enough to tell Angel it was for sale,” she said.

Immediately, Campbell started looking at ways to buy the business, which was listed for $57,000. That figure included everything that was in the shop, except the real estate. Campbell pays rent to a landlord.

Campbell used her savings, and got a loan, with interest, from family and friends. It couldn’t have been more perfect for Campbell and Wolf, as floral design was something that Wolf had done in the past.

“I didn’t have any equity that I could help with, but I did have 20 years experience with arts and floral design and everything in between,” Wolf said.

They were bombarded with business as soon as they opened, creating pieces for funerals, weddings, special events and everything in-between.

“We jumped on the train that was full speed and we cried and laughed along the way,” Wolf said.

Soave’s experience was a little different from her friends at Forget-Me-Not Florist. She started her business from scratch.

She had previous bridal experience from working at a shop years ago, and Soave always wanted to own a bridal store. One day, on her way home from work as the curator at the Eyaawing Museum & Cultural Center in Peshawbestown, she saw that a retail space was available next to the florist.

“One day, this place went up for rent, and it was all pink,” Soave said.

It was January 2018, and she immediately inquired about the space. She rented the space, renovated the floors, built bridal gown racks — and the rest is history.

Prior to the purchase, Soave actually had looked at several bridal shops for sale in Traverse City, but she felt the local market was too saturated with bridal stores. She was elated to find a space in Suttons Bay and thought it could be successful because there were no other bridal shops in Leelanau County at the time.

She started buying dresses, and now her store is filled with gowns from Canada, Australia and California.

Soave was able to get a $42,500 loan from Venture North in Traverse City — a nonprofit economic development organization that’s a division of TraverseCONNNECT. The mission of the two entities is to “support the region’s economic growth and community development efforts by providing funding options,” according to its website.

The money from Venture North bought the dresses. Her savings funded everything else.

“Sometimes you have to put your own money in and sometimes it’s worth it. And you’ll get it back if you believe,” said Soave.

Her summer was so successful that she thinks she’ll have her loan paid off and make her savings back in just two years. Most retail businesses take three or four years to turn a profit, she said.

One block north of the florist and bridal shop is the Korner Kottage, owned and operated by husband-and-wife team Jared, 29, and Jillian, 32, Pontius.

The couple bought the business shortly after it went up for sale in October 2017. They were living in Park City, Utah, working for a group of restaurants owned by a ski resort, serving 800 to 1,000 customers a day.

Jared Pontius worked in the kitchen, and his then-girlfriend, Jillian, worked in customer service.

“We were getting burnt out with the high volume the restaurant demanded,” he said.

His parents own and operate Suttons Bay Trading Company, and they were the first to spot a for sale sign on the Korner Kottage Bed & Breakfast in Suttons Bay.

“They had a front row view of it being available,” Jillian Pontius said.

The couple sat down with the previous owners and agreed on a business deal. They didn’t want to discuss how much the business transaction was, Jared Pontius said they were able to make it happen with their own money and a loan from family.

They finished the 2017-18 winter season in Park City and then moved in spring 2018 to Suttons Bay to take ownership of the bed and breakfast. The couple got married at Black Star Farms in October.

Jared Pontius is the chef and handles all the finances, while Jillian helps with everything else.

Not far from the Pontius’ bed and breakfast is a restaurant that recently changed hands and is in the middle of rebranding.

McMarlin was operating a restaurant, Wren the Butcher, at State Street Marketplace in Traverse City, and knows the Suttons Bay restaurant's former owners, Nic and Jen Welty, of 9 Bean Rows farmstead and bakery. The deal naturally fell into place. McMarlin bought the rights to the restaurant and hopes to secure an SBA loan for the building, an old firehouse.

“It’s a little easier to stand out here,” he said. “I like being apart of a small community out here.”