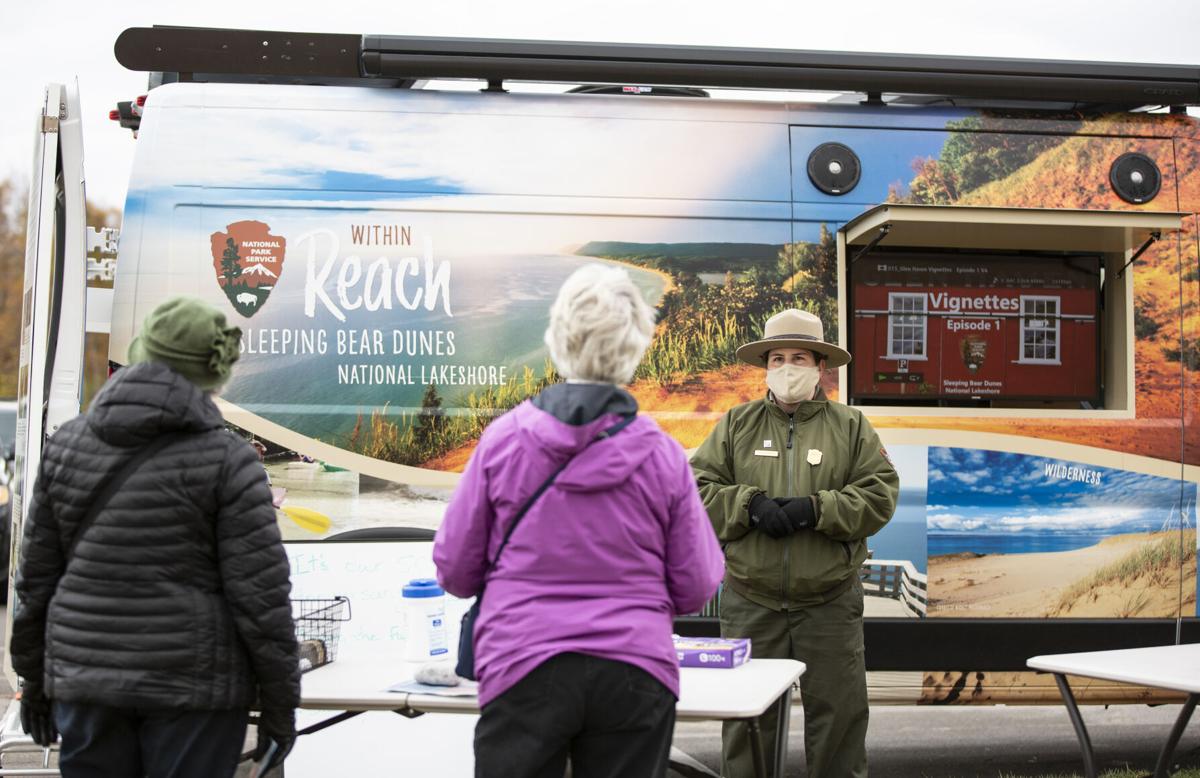 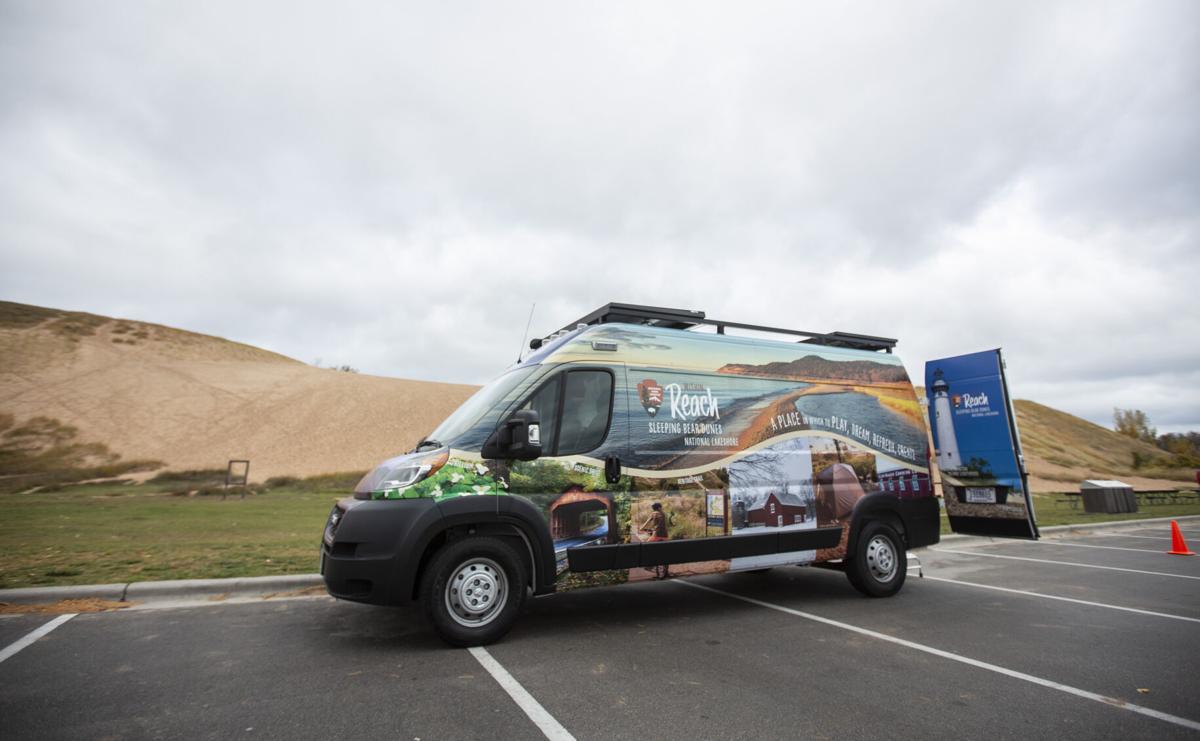 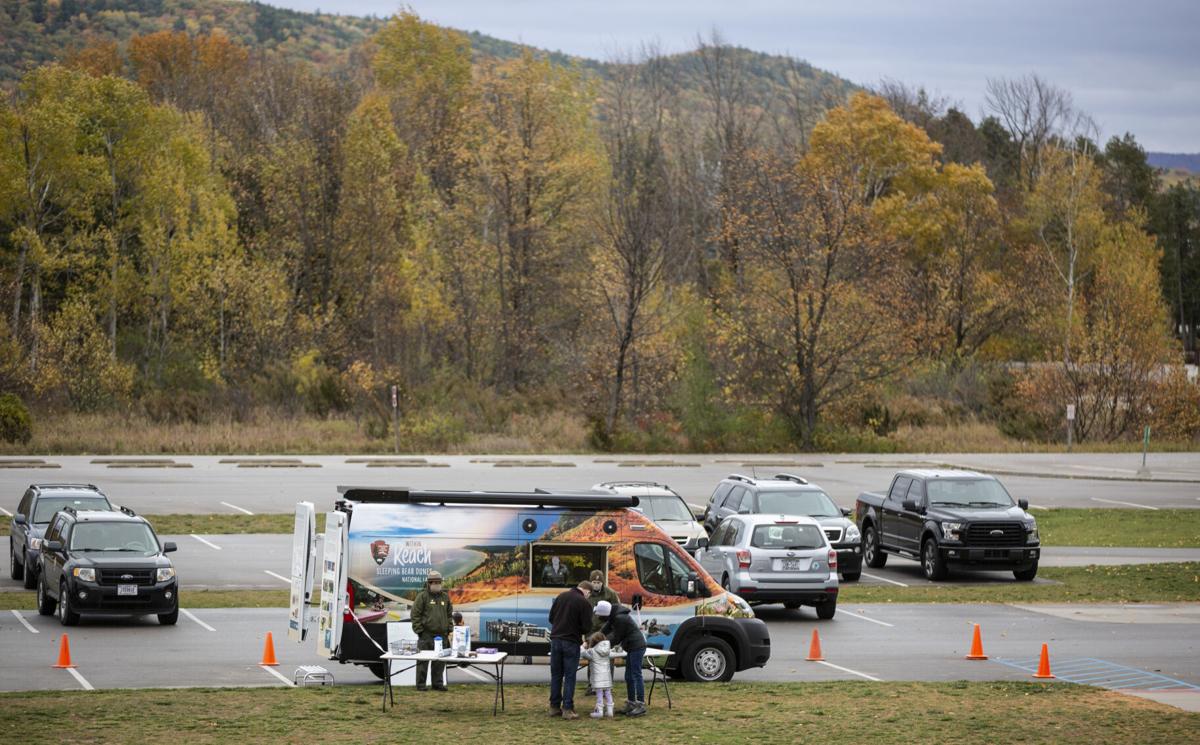 The Sleeping Bear Dunes National Lakeshore’s new mobile visitor center sits parked at the dune climb on Wednesday. The van will be used by the park’s interpretive staff to hold events throughout the state, according to a news release by the National Park Service. Wednesday was also the 50th anniversary of the national park. 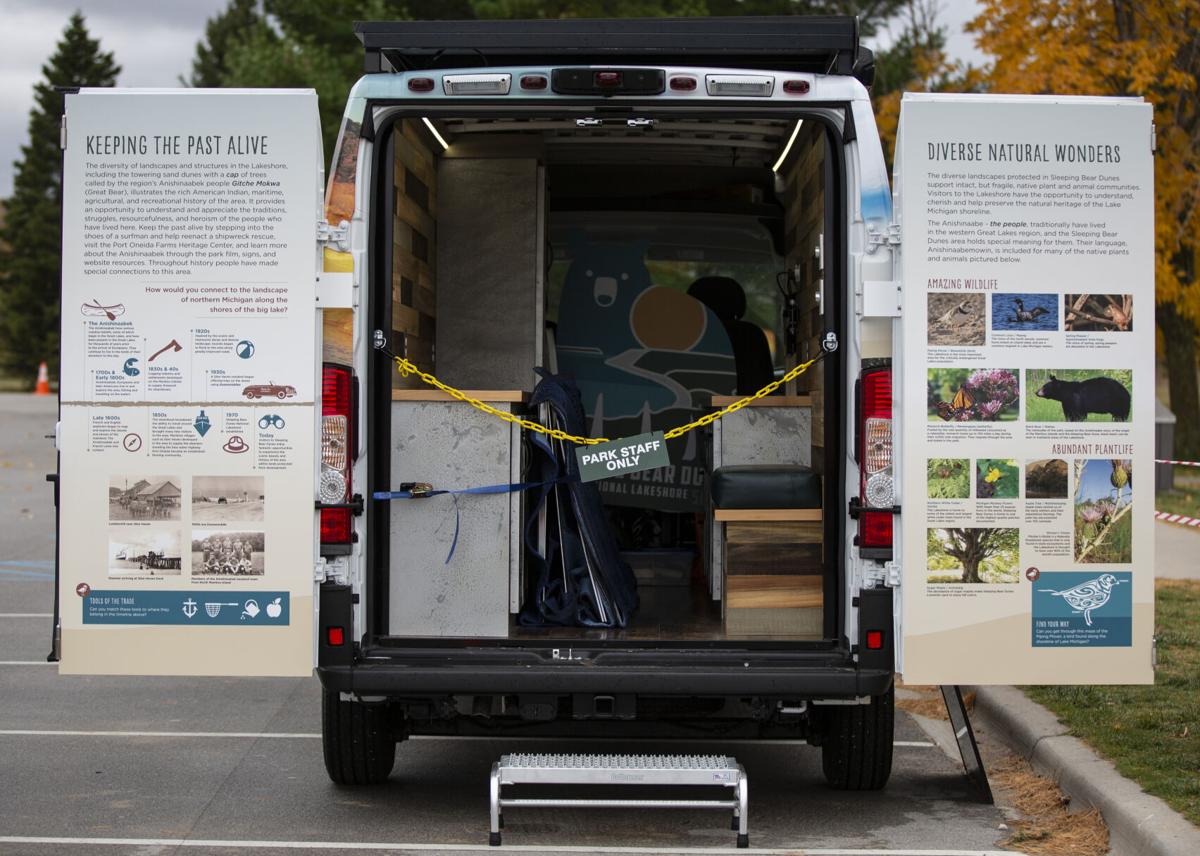 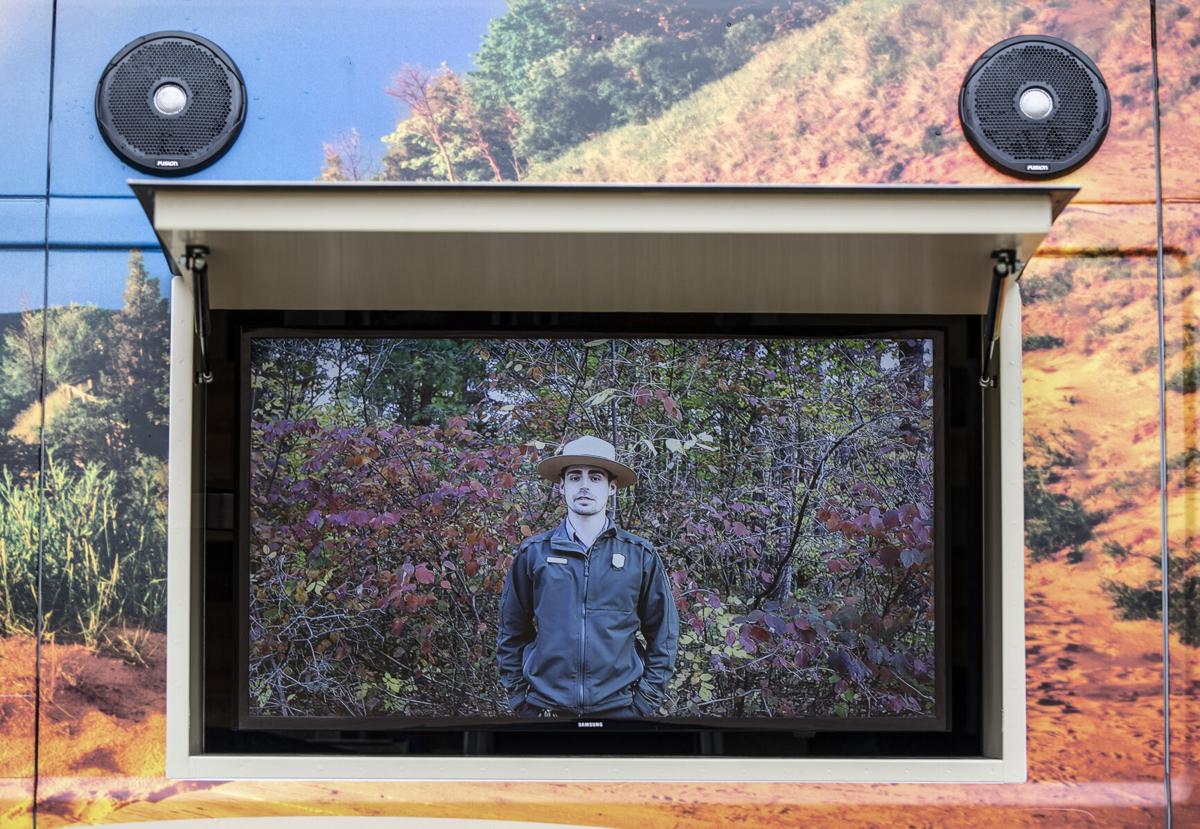 The Sleeping Bear Dunes National Lakeshore’s new mobile visitor center sits parked at the dune climb on Wednesday. The van will be used by the park’s interpretive staff to hold events throughout the state, according to a news release by the National Park Service. Wednesday was also the 50th anniversary of the national park.

The custom-designed van will hit the road in 2021 to raise awareness of park resources and recreational opportunities.

“We’re taking a little bit of the park with us to encourage people to visit,” said park Deputy Superintendent Tom Ulrich.

“We wanted it to be visually appealing to people who had never been to the park,” said park Chief of Interpretation and Visitor Services Merrith Baughman.

The $175,000 outreach vehicle was unveiled at the park’s 50th anniversary on Oct. 21. It’s tricked out with an audio visual system for showcasing park films, six exhibit panels capturing Sleeping Bear history and attractions and a retractable canopy, all providing interpretive rangers tools to educate and inspire folks across the Mitten and Upper Midwest destinations.

Funded by park visitor entrance fees, the van is one of only a handful of similar vehicles within the national park system. Baughman said Sleeping Bear’s roving visitor center was in the works for four years. The concept evolved from a walk-in trailer to the more compact food truck style vehicle.

“The intent is to get out in the state and beyond,” Baughman said. “The first focus will be local festivals and events like Traverse City’s Friday Night Live and Empire’s Asparagus Festival.”

Two interpretive rangers will staff the outreach van when it deploys next season.

“If we’re able to drive to where you are, you could drive to the park,” Ulrich said. “It’s within reach.”

“We want to raise awareness of Sleeping Bear and the National Park Service, especially in far-flung places and poorer communities where people don’t frequently take trips,” he said.

Among the images showcased on the van are the endangered Pitcher’s thistle plant, protected trillium plant and endangered piping plover shorebirds found within park habitat.

“It shows someone is protecting the heritage for them to go and enjoy,” Ulrich said.

Sleeping Bear’s ability to reach visitors and potential visitors has come a long way in 50 years. In addition to the Mobile Visitor Center, the park unveiled a Virtual Museum Oct. 21 to showcase items from the park collection. The debut exhibit features artifacts and historic scenery related to the Lakeshore’s maritime legacy.

Gallery photos with descriptions include 20th century canoes and the North Manitou crib light which aided vessels through the Manitou Passage. Glimpses into the past also include a photo of the Dunesmobile operated by Warnes Family of Glen Haven in the 1940s.

Whether exploring Sleeping Bear along the information highway, by land or in person, the message is the same — Sleeping Bear Dunes National Lakeshore is a trip worth taking.