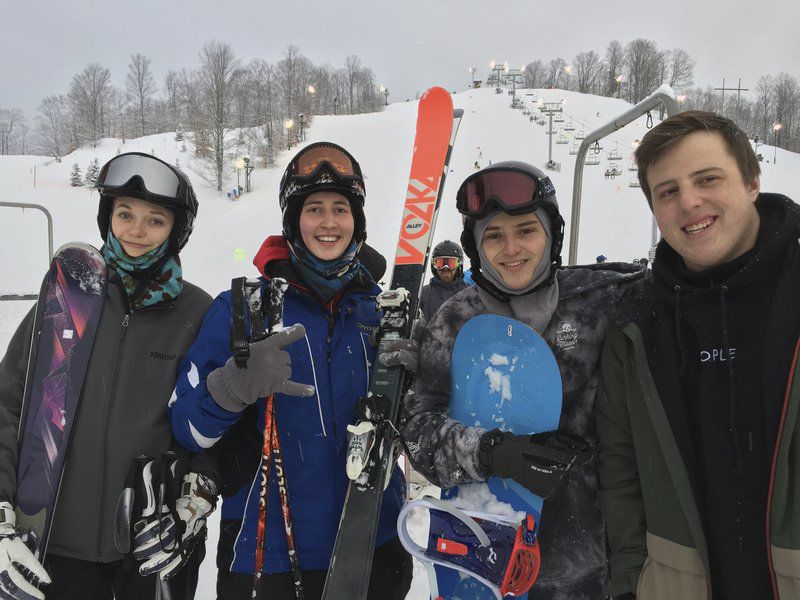 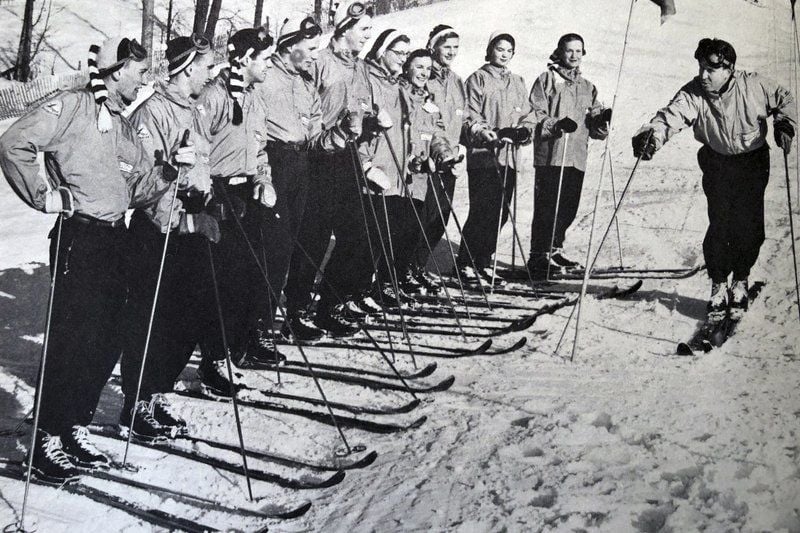 GLEN ARBOR — The Leelanau School is known for creating curriculum that challenges its students.

So when its winter "Snow Sports" class wasn't demanding enough for a handful of students, the school enhanced the offering with a new option: ski and snowboard instructor certification.

The Glen Arbor boarding school’s snow sports legacy began in 1948 when Hans “Peppi” Teichner moved to Leland. Teichner had been a member of the German National Ski Team, coached the Spanish Olympic team, served in the 10th Mountain Division during World War II and contributed to Aspen, Colorado’s development as a ski resort.

Teichner coached The Leelanau School’s ski team and served as director of Traverse City ski schools. He applied his experience and skill to all aspects of developing the now shuttered Sugar Loaf ski resort in Cedar, including its ski school.

“He was one of the first to set down benchmarks for ski education,” said Laura Hood, The Leelanau School’s snow sports teacher. “We’ve come full circle by coming back to what he designed back in the day.”

Teichner recognized the need for trained ski instructors as more and more people took to the slopes, according to the U.S. Ski and Snowboard Hall of Fame. He developed standards and procedures for certifying instructors. Those standards were adopted in 1955 at the Central United States Ski Association convention in Traverse City. Teichner himself became one of the association’s first certified instructors.

He is also credited with establishing ski competition among Michigan schools. The tireless ski promoter was inducted into the U.S. Ski and Snowboard Hall of Fame in 1967.

The Leelanau School presents a five-week Snow Sports class every winter term. Hood said she realized several students enrolled in the 2019 class were ready to advance their training.

“As teachers, we try to think of ways to challenge our students,” she said. “This added a whole different level to the class.”

“We are barely meeting the need for instructors,” he said. “We are a tourism-driven economy. When people come here for winter sports experiences, their connection with instructors is important.”

“It’s a given that they have mountain skills,” Hood said. “What really challenged all our students was learning how to put into words the skills to teach someone else.”

“They learn to see everything from a risk management perspective — like a shepherd looking after their sheep,” he said.

Certification opens doors for students to work local downhill resorts and beyond, and also benefits resorts. School vacations coincide with the resorts’ busiest times when the need for instructors is the greatest.

“I was surprised to learn there is a big need for snowboard instructors,” said Roth, a downhill enthusiast since age 8. “It’s a growing sport and more people are taking it up — so there’s a need for instructors.”

Hood said whether The Leelanau School repeats the certification option in the curriculum next year will depend on the skills and desire of the class. But 2019 forged the way for the future.

“This year has paved the way and we have made the connections we need,” she said.

THOMPSONVILLE — The 2018-19 downhill ski season was just more than a month old when Crystal Mountain Resort in Thompsonville set a single-day record.