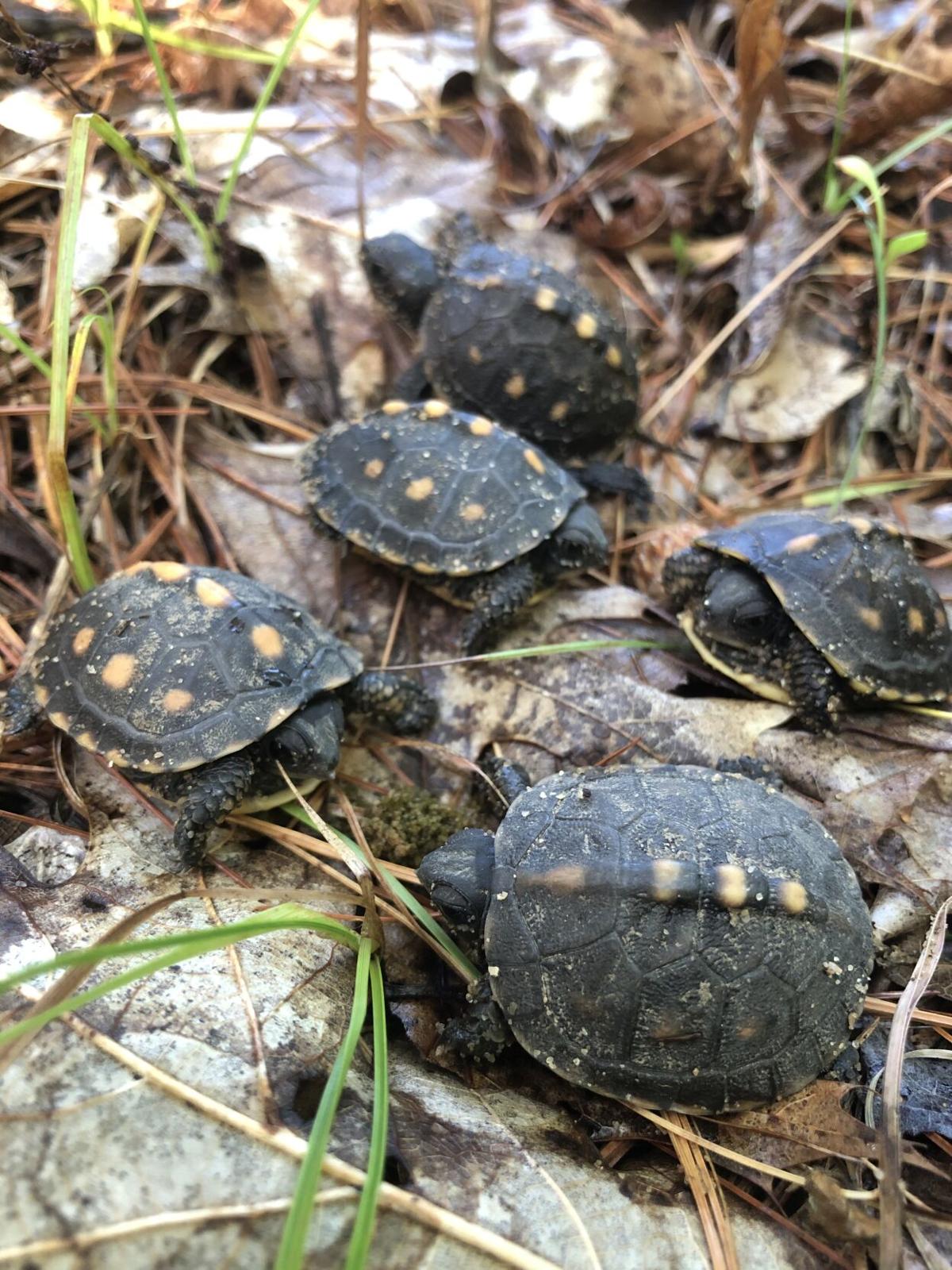 Five eastern box turtle neonates that successfully hatched from one of the 2020 conservation exclosures. 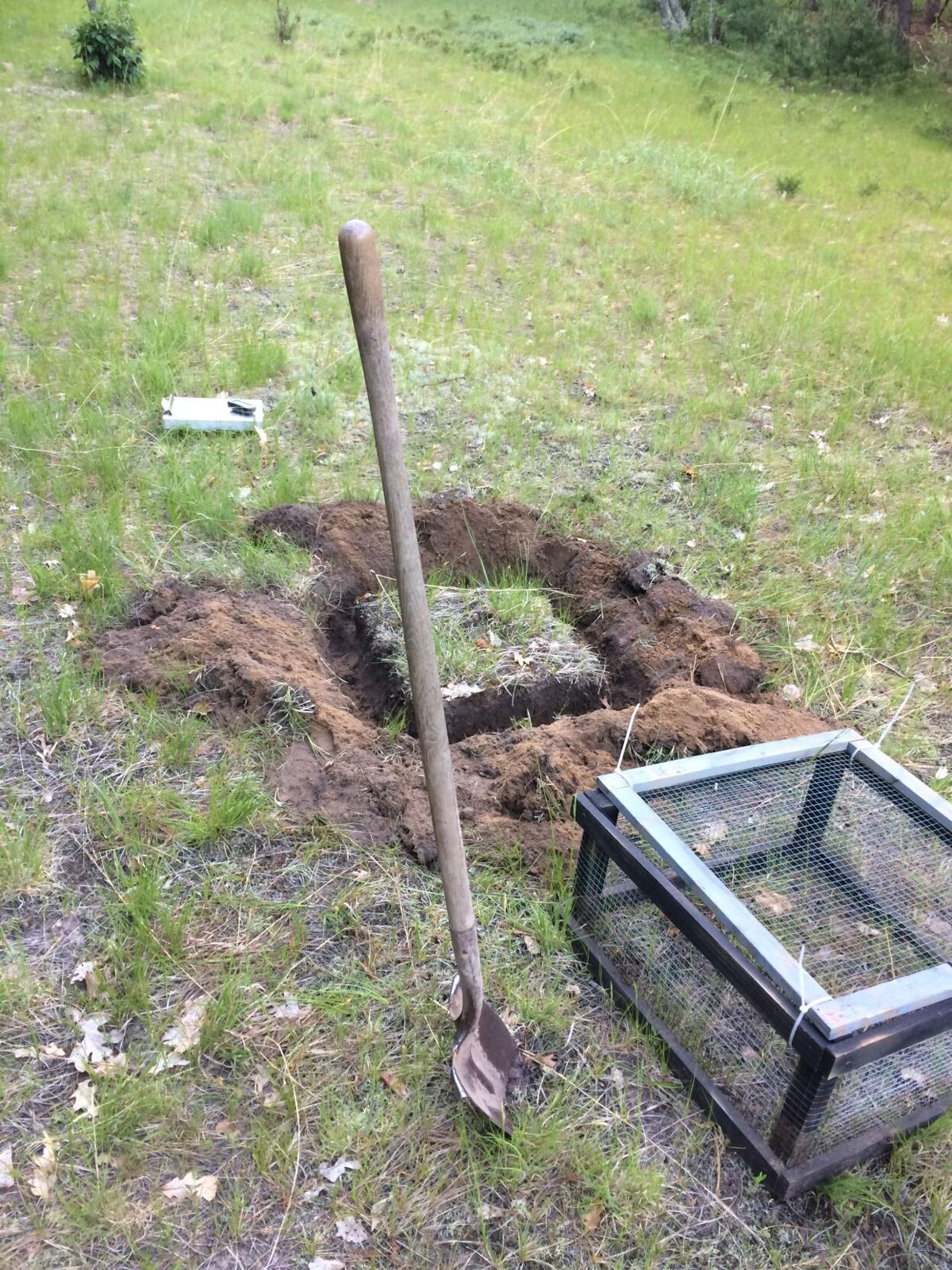 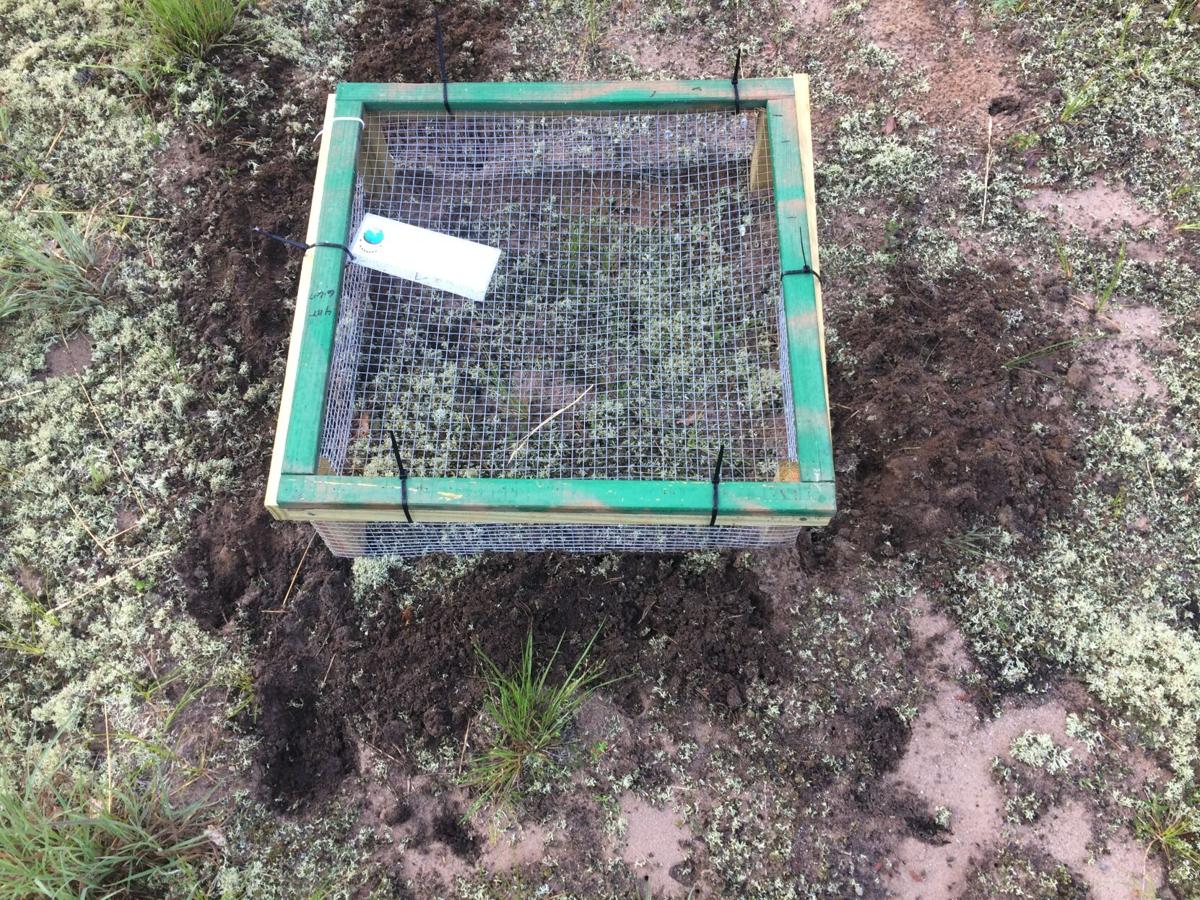 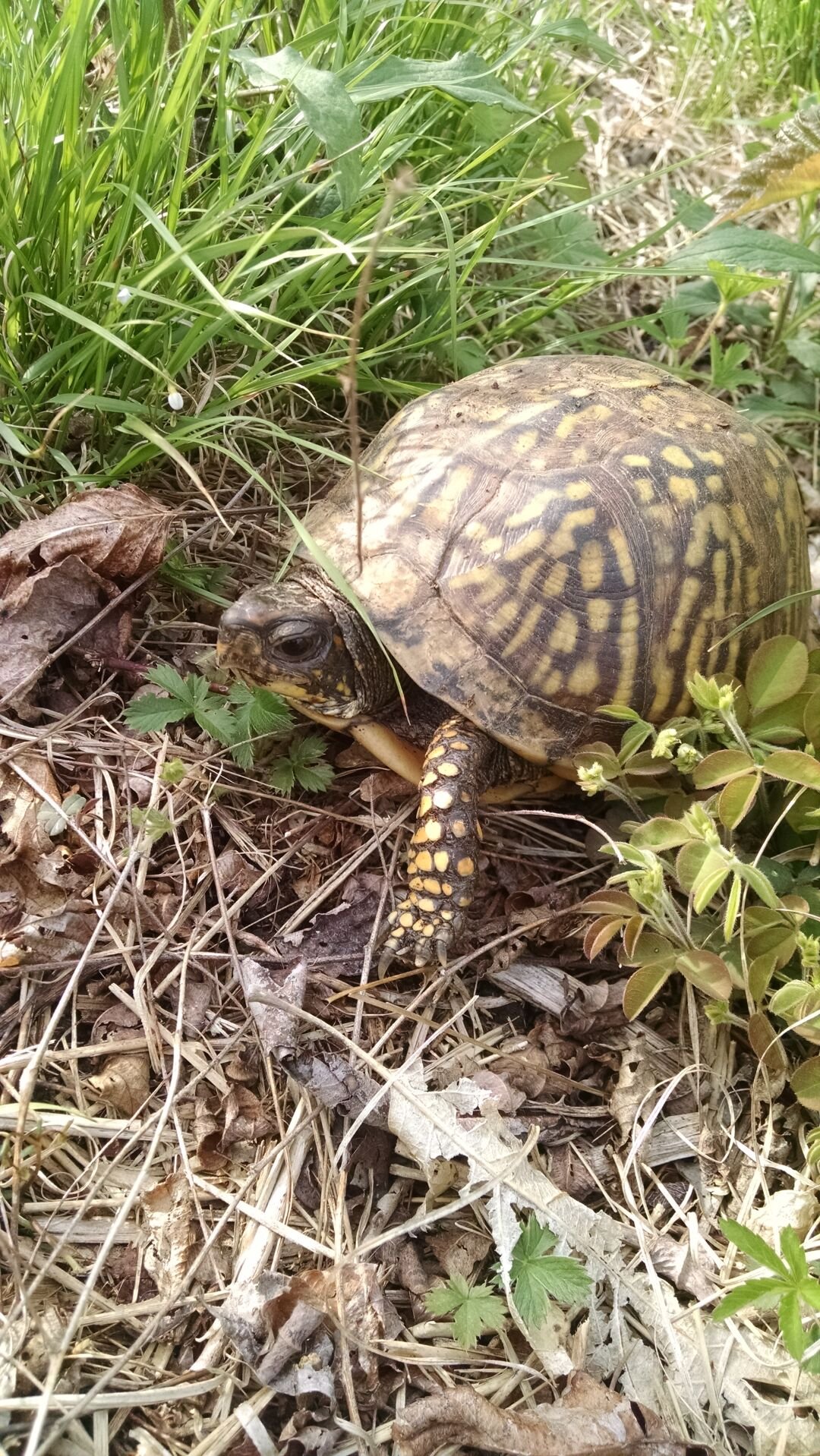 Five eastern box turtle neonates that successfully hatched from one of the 2020 conservation exclosures.

MANISTEE — The eastern box turtle is getting a helping hand from a multi-agency collaboration to help the species regain their population after two decades of declining numbers.

The Little River Band of Odawa Indian’s Wildlife Program, under their Natural Resources Department, is collaborating with Grand Valley State University and the U. S Forest Service’s Huron-Manistee Forest District through conservation, research, and monitoring efforts to increase the number of breeding adults for Michigan’s only true terrestrial turtle.

The species is considered uncommon- to rare and steadily declining in regions that they were once historically common and widespread, which includes the majority of the western Lower Peninsula.

The Michigan Department of Environmental Quality estimates that at the arrival of colonial settlers, Michigan boasted roughly 11 million acres of wetlands, covering 17 percent of the state’s total land area.

According to the Michigan Department of Environmental Quality (now called EGLE, or Environment, Great Lakes and Energy) status on wetlands report published in 2015, Michigan lost over 4.2 million acres of wetland from 1800-2005, causing a major disruption to the eastern box turtles’ habitat, including their nesting grounds.

Because of their vulnerable population and decrease in distribution through the state, the eastern box turtle falls is a Species of Special Concern and protected by law in Michigan.

He explained that an increase in nest predation, ongoing habitat fragmentation/loss, road mortality, and the illegal pet trade are all catalysts for why the species is struggling.

“It takes a long time for these things to manifest,” Sanders said, adding that the conservation for eastern box turtles is a slow and steady race because they, and other chelonian populations respond slowly to positive changes in habitat quality.

In 2015, the tribe began a research partnership with GVSU to better understand the relative habitat preferences of adult eastern box turtles and monitor and document the residency of neonates (infant turtles) after hatching.

Like many reptiles, there is little known about hatchling eastern box turtles — particularly of their growth and survival after emerging from overwintering.

LRBOI’s Natural Resources Department began surveying known nesting areas following the partnered research within their tribal land to find age groups and collect data. It showed that most of the turtles they found were adults. So they shifted more of the focus to nest protection.

Angela Kujawa, LRBOI wildlife biologist, explained that through the work of GVSU and the tribe, they evaluated and documented relative habitat preferences of adult turtles within their research areas.

She said they are finding that the adults tend to stick close to their home range, and spend their lives in small patches of open woodlands, often that border open fields and or wetlands. About 10 total acres are surveyed where known breeding and nests are located.

If the turtle is actively nesting, the area is flagged and monitored closely until the eggs are laid.

Kujawa explained that, in efforts to combat predation risk, exclosures are placed around the nest, protecting the eggs until they hatch. After the incubation period of roughly 90 days, the exclosure is dug up and the newly hatched neonates are released into a safe space.

“We’re looking to avoid their highest risk of mortality in their most vulnerable state,” Kujawa said.

Because of the pandemic in 2020, there were only 13 days of surveying, but nine nests were protected resulting in 22 eastern box turtle neonates.

In the Huron-Manistee National Forest, which borders LRBOI’s tribal lands, modern landscape management for eastern box turtles is being implemented to mitigate the threat of continued habitat loss/fragmentation with the ongoing impacts of climate change.

The species is particularly susceptible because of the existing widespread population decline, said Scott Warsen, wildlife biologist for the Cadillac Manistee District of the Huron-Manistee National Forests.

He said that his work with the U.S Forest Services focuses on protecting, minimizing adverse impacts, and managing the habitat so that it’s beneficial to the overall success of the species.

Warsen explained that through the partnership, they are continuing to look at habitats used now by the turtles and how climate-change scenarios might change them.

“There is a big unknown if more northern habitat will be suitable for future populations,” Warsen said, as the species currently sits at the most northern edge of their range.

He said the continued research analyzed where the nesting habitats are, and where they will potentially shift.

“I think this is a really successful collaboration that we have between the tribe, university, and forest services,” Warsen said, adding that he’s excited to see different agencies working together to try and understand a problem.

“We’re looking at this issue with questions about wildlife biology and land management, and working together to start to tease apart the complexities,” he explained.

Sanders agreed, adding that research will continue through the collaboration and will help guide future agencies for the management of eastern box turtle populations in the Lower Peninsula.