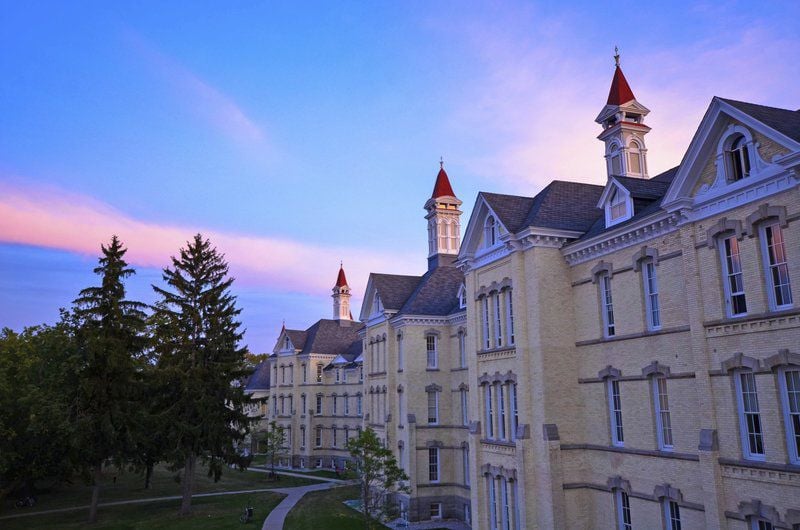 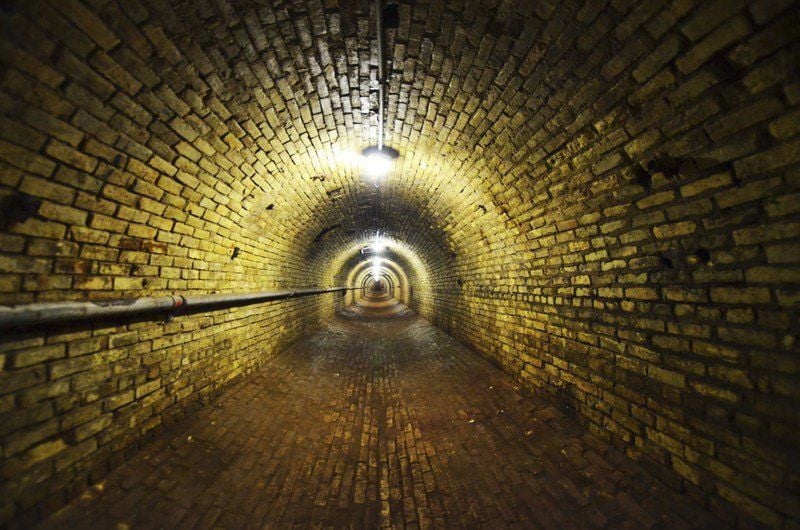 The unnerving scene ignites imaginations of those gathered for the new Twilight Tours of the property now known as The Village at Grand Traverse Commons. The asylum’s rich history and legends of paranormal activity at the 132-year-old site draws visitors from around the state.

“They often love looking for a spooky ghost story,” said tour guide Dave Page. “But we don’t have much but speculation to deliver.”

The Tuesday and Thursday evening mile-long asylum tours involve Building 50, several smaller structures and the tunnels beneath the property built to support the facility’s coal-burning power plants. The evening tour launched in March.

Visitors receive a rare look into the inner chambers, plus a dose of colorful tales and local legends. Ninety-minute Twilight Tours highlight accounts of the lives of patients, staff and neighbors.

Northern Michigan Asylum opened in 1885. It was later renamed Traverse City State Hospital. The facility housed 50,000 patients, hired 20,000 employees, and accepted 250,000 visitors before its closure in 1989, according to a Grand Traverse County report.

The complex encompasses more than 1 million square-feet of structures situated on 63 acres. Page noted that Building 50 spans a quarter mile and 350,000 square feet. The property’s current life as The Village at Grand Traverse Commons represents one of the largest historic renovations in North America, according to developers The Minervini Group.

“What the Minervini Group has been able to do is important to the physical legacy of what the State Hospital meant to the region,” said Stephen Siciliano, Traverse Area Historical Society Board chairman. “People can see what it looked like at the time to share in its history.”

Building 50 is one of 90 Kirkbride buildings constructed in the country, and one of three built in Michigan in the latter half of the nineteenth century. The elegant Victorian-period structures were named for Dr. Thomas Kirkbride who promoted humane treatment of the mentally ill.

“Everything he did was based on the simple philosophy that beauty is therapy,” Page said.

Building 50 is one of only 10 Kirkbride structures still standing in the country and the only one undergoing renovation said Page. It’s the only remaining Kirkbride structure in Michigan. Page noted that Kirkbride sites at Pontiac and Kalamazoo today are landfills. More than a decade of renovation efforts brought recognition to The Minervini Group, the City of Traverse City, Garfield Township and Grand Traverse County as recipients of the 2011 Governor’s Award for Historic Preservation.

“People are passionate about the history of the asylum,” Page said. “Many have done their research and know more about the place than I do.”

The adult-only Twilight Tours start with a toast honoring history’s advocates for moral treatment of the mentally ill. Page said tours open eyes to the good intentions and well-being promoted by the founders and asylum workforce. They begin at 7 p.m., Tuesdays and Thursdays. Cost is $35.

“We decided to give it a shot,” said Minervini Group spokesperson Krystal Fluette. “We’re in the trial and error point right now and will reassess in June.”

If you asked Ray Minervini what the redevelopment of the Traverse City State Hospital means to him, he’ll tear up and find it difficult to answer.