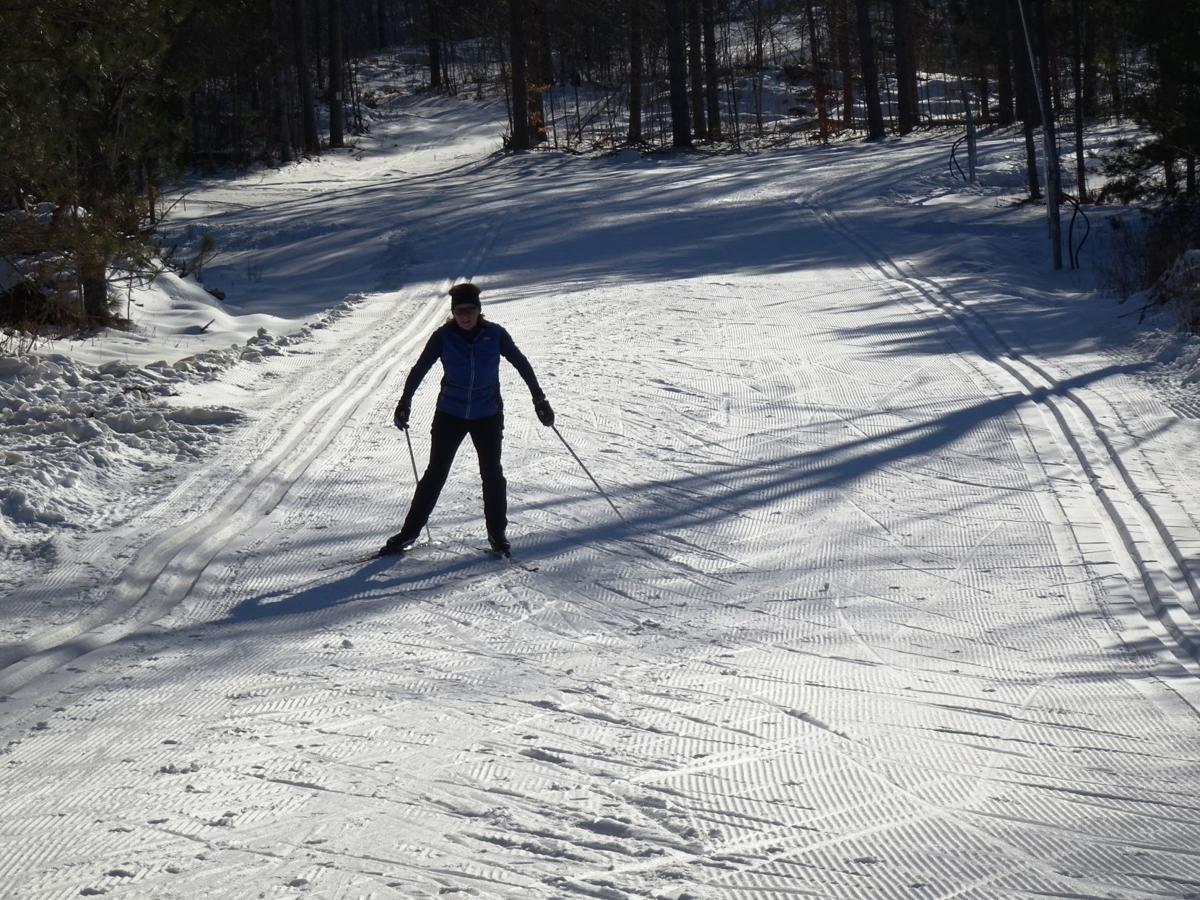 Skier skating up the trails. 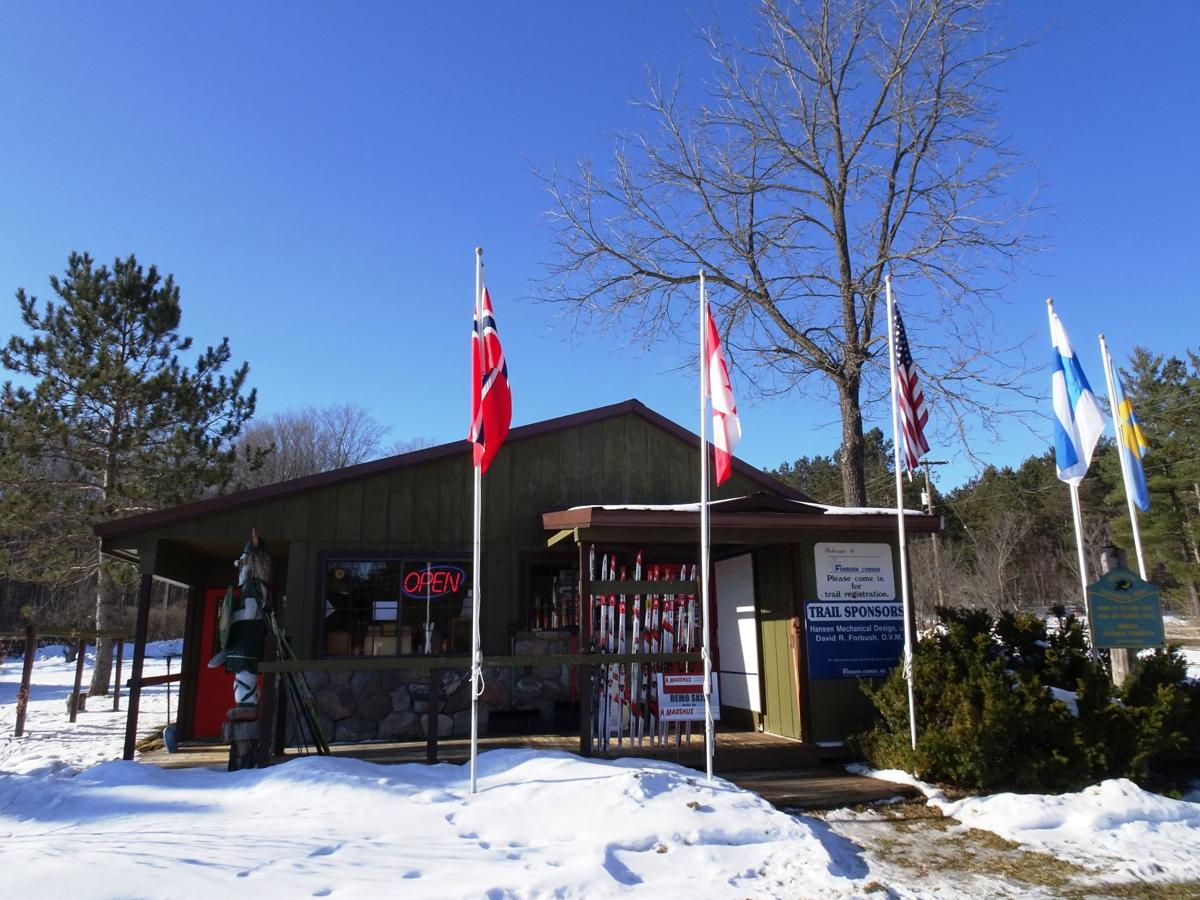 Skier skating up the trails.

Forbush Corners, which was opened by Dave Forbush in the mid-1980s on an old family homestead, quickly became the unofficial epicenter of cross-country skiing in northern Michigan.

Dave was passionate about the sport. He purchased some of the best grooming equipment available, which at times he brought to Traverse City to help with Vasa trail grooming for the race. That was back in the early days when the Vasa race was being held without a permanent dedicated track.

Forbush Corners was a skier’s paradise, from the ski shop to the warming area and waxing room, and, of course, the well laid out trail system with both deep tracks and skating lanes on all trails. Dave’s off season was getting ready for the next winter season.

It was devastating to the cross-country community when Dave passed away from cancer in 2014 after a short quick battle.

The good news was that he had thought ahead and laid the groundwork to keep his beloved Forbush Corners going for future generations. He passed the touring center onto five friends he knew had the same passion going into the future; Ann Wagar, Howard Hansen, Todd Hubbard, Larry Damic and Mario Kennedy. All had worked closely with Dave in establishing Forbush Corners and were committed to keeping it going.

I just made my first visit since Dave’s passing to the Corners this past weekend, and was pleased to see it’s still the viable cross country center it always was. They’ve even made improvements like adding snowmaking on about 2 kilometers of trail, which allowed them to open for groomed cross country skiing mid-November well ahead of the rest of northern Michigan’s touring centers. This is their first season with snowmaking, which they were able to add through a generous donation from a long-time patron. They are the only touring center around the Great Lakes with this amount of snowmaking.

They just received notice from the IRS that their application to become a nonprofit was approved, according to Wagar, which will allow them to apply for grant applications to make further improvements down the road.

“We’ve added a new trail called the Freeway Loop and reopened the Pines Loop. We also reworked a couple of trails to provide more intermediate loops, and continuing Dave’s passion for beautifully groomed trails we added another Piston Bully 100 to our fleet of groomers,” she enthused as we talked about touring center improvements.

Forbush Corners still has the same vibe it had when Dave was alive and overseeing the touring center. It’s good to see that passion is still there. It’s in good hands and the future looks very promising.

Forbush Corners is located just east of I-75 about eight miles north of Grayling on CR-612.

There's close to 30 kilometers of groomed trail, and if that's not enough you can access the Weary Legs trail that's part of the Hartwick Pines State Park seven-and-half-mile groomed cross country system. Lots of miles available, and all groomed.

The Flatlands Trail leads to all other trails as it departs the day lodge. It's also the snowmaking trail. Future plans call for lighting this trail for night skiing. The easiest trails are Pancake and Green Trails, which are right off the day lodge. They are about 5 kilometers long. If you want difficult on the west side trails try Lil Stinker and Screamer. Back 40 is 5 kilometers of up and down trail that will provide a good workout without scaring you on the downhills. You also connect with the Hartwick Pines trail system from the west side trails.

If you want thrills and plenty of hills head over to the east side trails and tackle Rollercoaster, everything the name implies, and Badlands. Lil Coaster is a miniature version of those two. There's close to 20 kilometers between these two bad boys.

Forbush Corners is open Thursday through Monday, and the trails are groomed daily. If you like groomed cross country skiing and lots of variety in the trail systems this, in my opinion, is arguably some of the best around the Great Lakes.