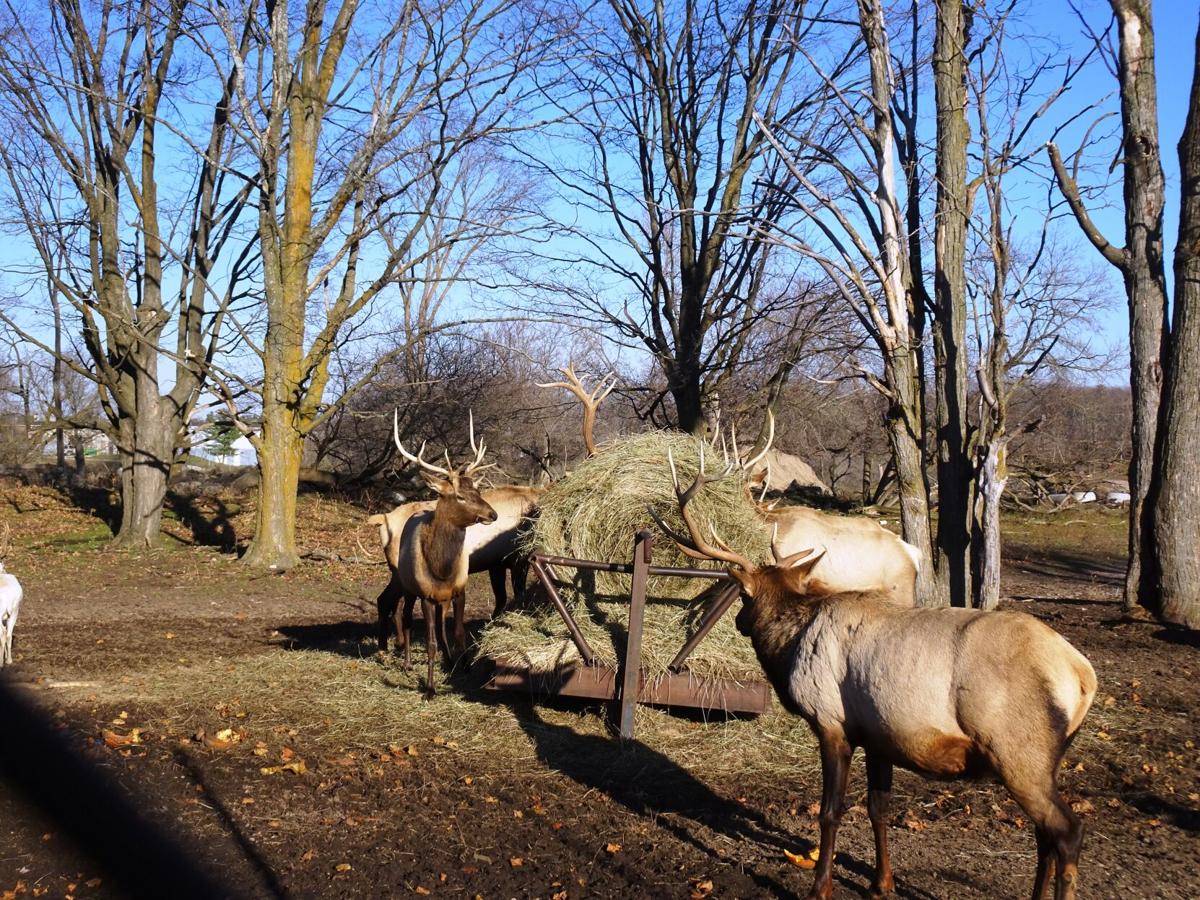 Elk at a feeding area in the city of Gaylord’s elk pen. 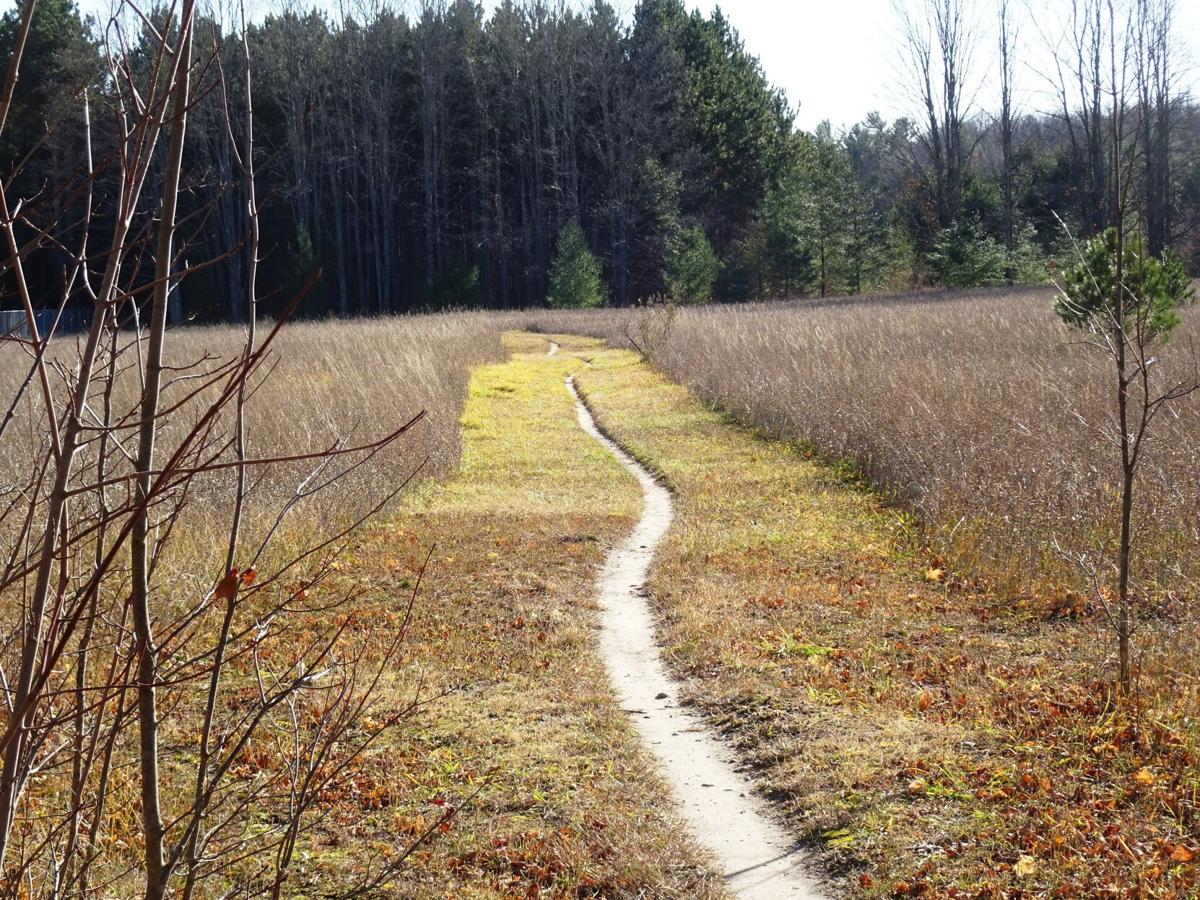 Single-track trail across an open meadow. 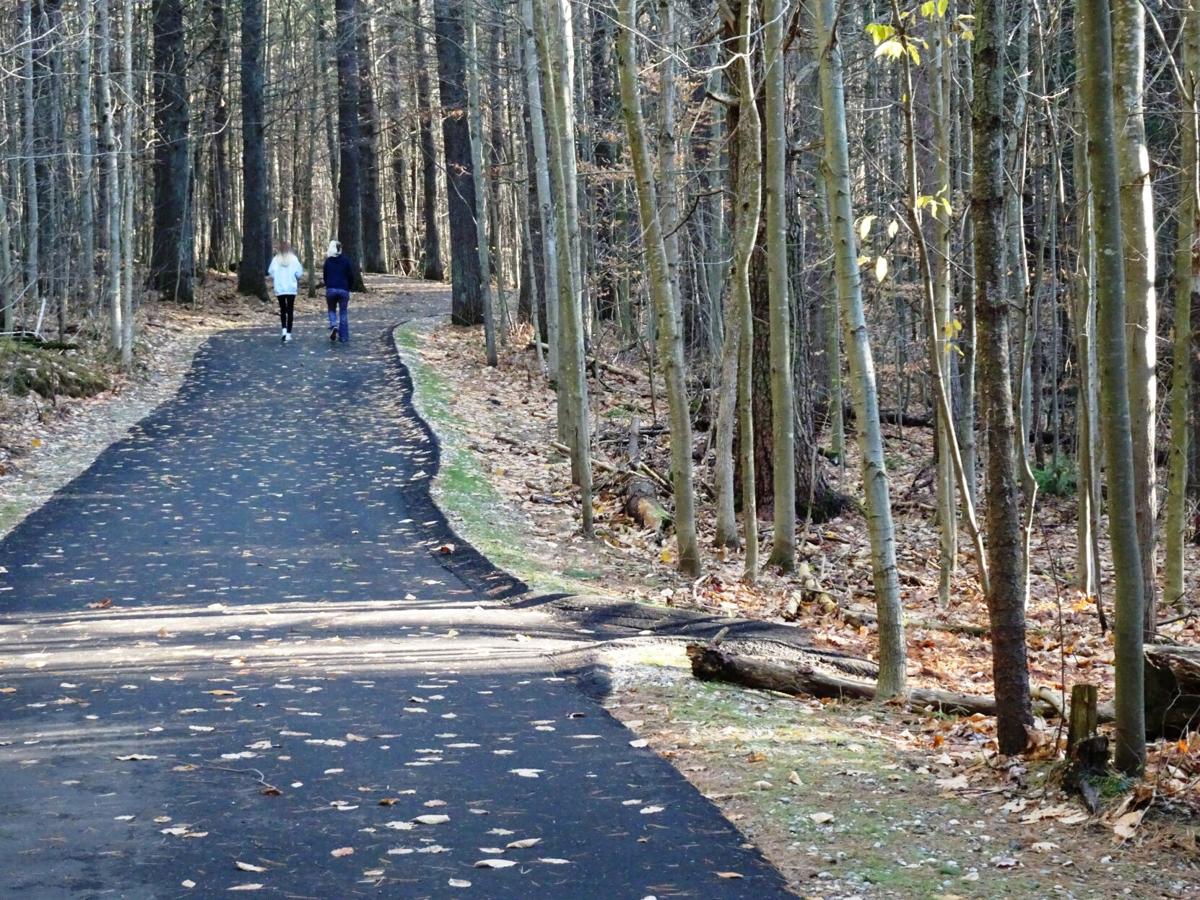 Hikers on one of the paved trails. 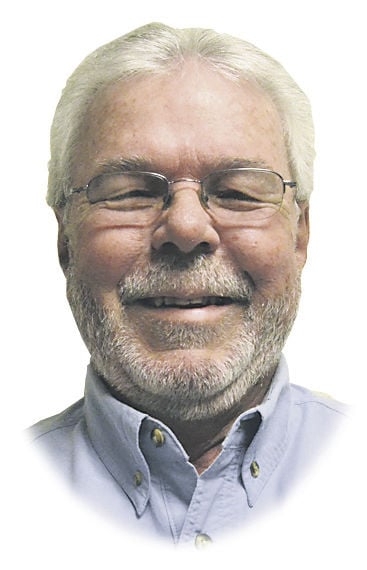 Elk at a feeding area in the city of Gaylord’s elk pen.

Single-track trail across an open meadow.

Hikers on one of the paved trails.

Looking for a new place to hike and mountain bike safely during firearms deer hunting season?

In past columns I’ve listed several areas around the Grand Traverse region where you can access no hunting areas. Here’s an opportunity to explore an area that I haven’t mentioned and has some unique topography.

Aspen Park in Gaylord has been around for some time, but 20 years ago they added two-and-half miles of paved trails and over six miles of mountain bike trails that snake around the 100-acre park. Some of which are right along the city’s large unique elk pen where you can often see the animals nonchalantly grazing or meandering around the enclosure. It’s quite a sight to glimpse these noble animals strolling around the pen, but not always a guarantee with the large 105-acre pen.

If, after a hike or bike ride, you failed to see any elk you can always go over to the nearby corner of Grandview and Elkview Roads where the city feeds the animals. I’ve seen them at both locations. Occasionally I’ve also seen them in the wild just north of Gaylord along the Shingle Mill Pathway in the Pigeon River Country State Forest, but it’s always been the females. Seeing the males in the park with those magnificent huge racks always takes my breath away.

The park is located off of the I-75 business loop at the end of Commerce Boulevard on the south side of town. It dead-ends at the trailhead parking area.

The paved trail takes off through a gate meant to keep vehicles out, not people, and heads into a wooded area of large maple, pine and hemlock trees that are prevalent throughout the park. You quickly come to an intersection that offers three nice easy hiking loops, one of which goes by the elk pen, that total around two miles. An additional half-mile paved trail takes off the Hemlock Trail along its southern end and drops down along scenic Scott’s Pond.

It has a bench where you can sit and enjoy the scenic serenity of this beautiful spot tucked down away from the often more crowded main trails up above.

The Northern Michigan Chapter of the Michigan Mountain Bike Association constructed the Aspen Park mountain bike trail, which consists of more than six miles of beginner to tough singletrack, which winds through the forest. Overall not an easy trail it has some tough uneven hill climbs and switchbacks, but also offers some nice cruising sections. You are never far from the paved trails that offer a respite if the going becomes too tough.

Pick a sunny day over the next couple of weeks and enjoy a spin or hike around Aspen Park. The beauty of the area, unusual terrain so close to town with several miles of trails to enjoy, and a chance to observe elk up close. What more could you ask for during deer hunting season. The paved trail takes off through a gate meant to keep vehicles out, not people, and heads into a wooded area of large maple, pine and hemlock trees that are prevalent throughout the park.

The paved trail takes off through a gate meant to keep vehicles out, not people, and heads into a wooded area of large maple, pine and hemlock trees that are prevalent throughout the park.

You can hike or mountain bike on all the trails, and they groom the two-mile paved trail for cross-country skiing during the winter. The paved trail takes off just beyond the kiosk in the parking area at the end of Commerce Boulevard. It's pretty easy for all three outdoor activities and winds around on the level uplands terrain. The half-mile pond trail does have a climb from the pond back up to either Hemlock Trail or the end of Commerce Blvd.

The mountain bike trail begins off of Commerce just below the trailhead parking area. The first half-mile winds up and down hilly terrain with large roots crossing the trail, not an easy section and at times I had trouble following the trail. Once you cross the paved Elk Trail it becomes much smoother and easier. The next couple of miles flows through pine stands and across open meadows. Once the trail makes a turn back to the west a little over two miles into the ride it starts becoming much harder with uneven terrain, some surprising hill climbs and switchbacks as you pass a couple of ponds on the west side of the paved trails. When you cross Hemlock Trail it again becomes easier as you head for the trailhead. Just remember you always have a bailout on the paved trails.

This is one of the more unusual city parks that I've encountered and well worth checking out any time of the year. The topography is surprisingly quite rugged in some areas.