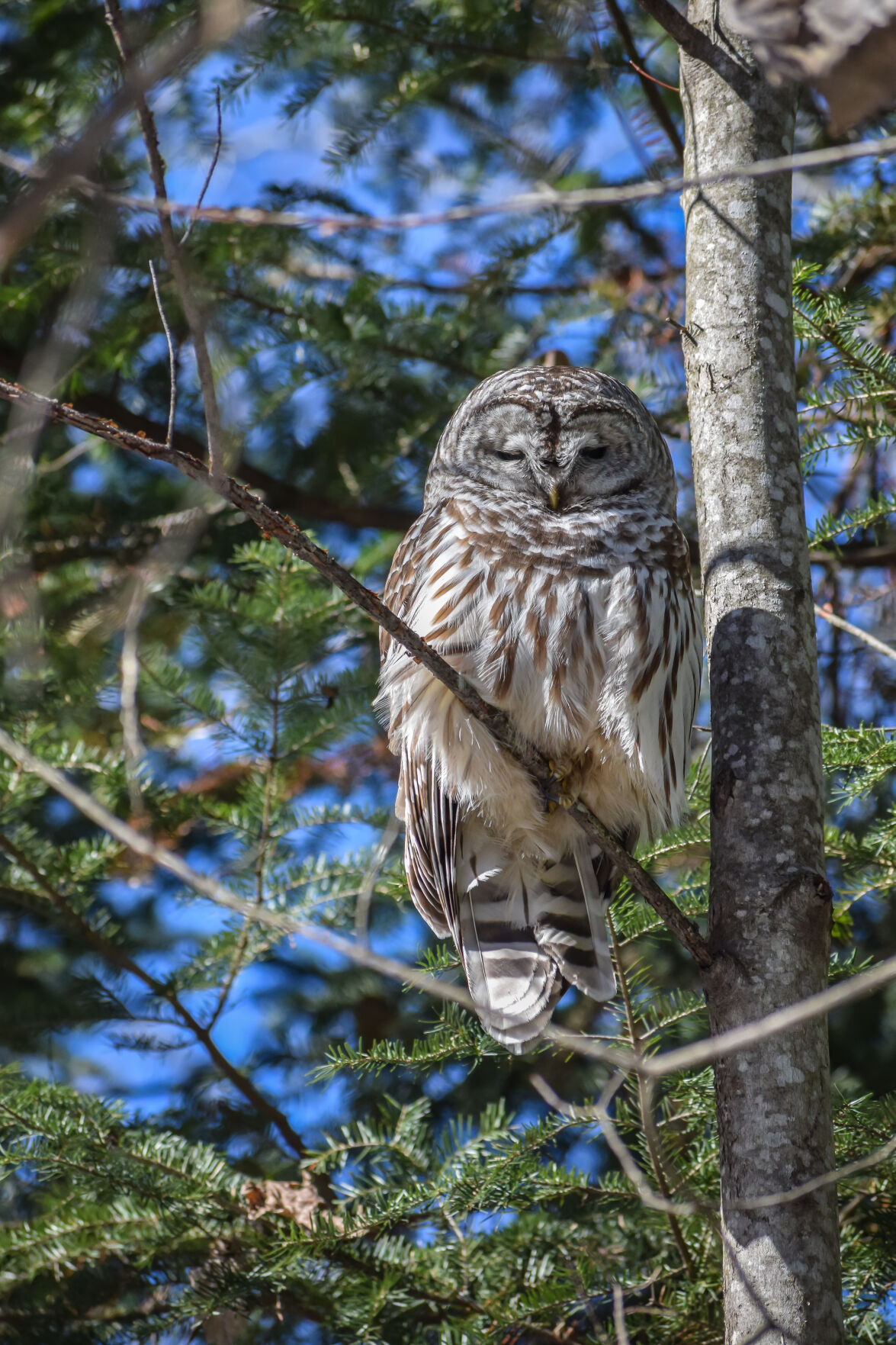 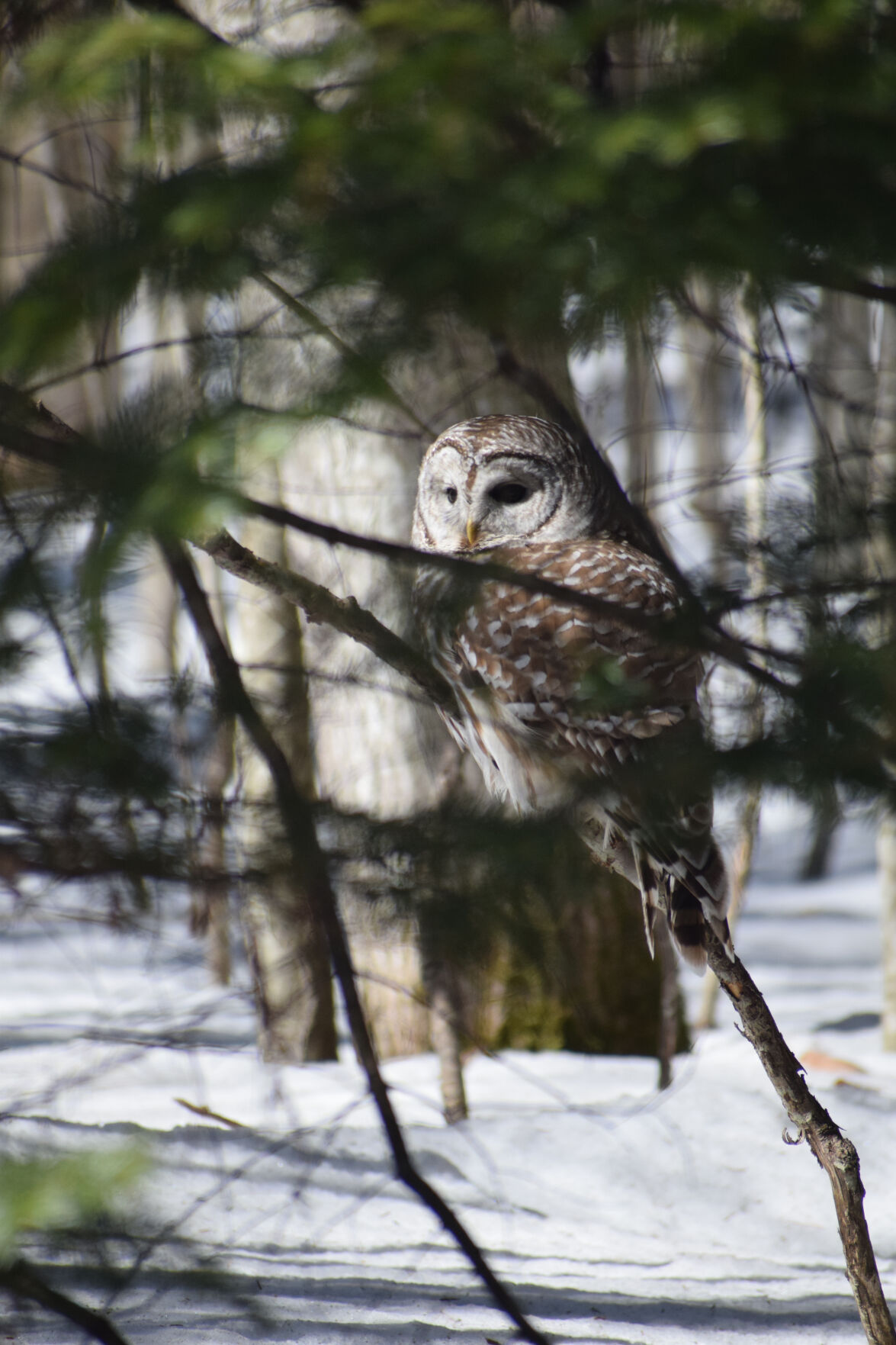 BELLAIRE — Join naturalists in an after-dark Owl Prowl to discover the secrets of these elusive raptors.

Mancelona wildlife lover Kim Pope can’t get enough of the Grass River owling events. She has joined four prowls over the last six years and hopes to join one on tap.

“Owls are so mysterious and beautiful,” she said. “They’re silent predators and fascinate me.”

The joy of one barred owl close encounter left Pope with a lasting impression.

“It was such a surreal, beautiful moment,” she said.“I was on cloud nine for a few days after the experience.”

Grass River guided prowls begin with an introduction to the four owl species calling the preserve home, followed by a mile hike through their habitat.

“You call the owls from up close, hear them and interact with them,” said preserve naturalist Anne Drake.

October is prime time for owling.

“They’ve had a full summer of raising babies and are now flying around checking out their territory,” she said.

Barred owls are identified by their hoot sounding like “who cooks for you?” according to The Cornell Lab of Ornithology. The saw-whet’s cat-like face and yellow eyes identify it. The great-horned owl is one of the more common owl species, while the small, agile Eastern screech owl population is believed to be declining.

“Owls are an intriguing animal,” said Grass River education director James Dake. “It’s a way to learn in-depth about owls and appreciate how important they are in the ecosystem.”

Grass River operations include an owl conservation program. The preserve’s owl breeding population is extensively monitored by sight and sounds.

Dake said that not every Owl Prowl provides an encounter but “it’s always nice to be outdoors at night.”

The series’ final event on Halloween eve adds a spooky touch as a rare nearly full blue moon is set to appear to illuminate the forest.

Children are welcome on owl hikes at the parents’ discretion. Hikers should wear comfortable walking shoes for navigating uneven trails and bring a mask.There is a $10 fee to join the event which is limited to small groups. Preregistration is required. Go to grassriver.org for details. All Owl Prowls begin at 7 p.m.