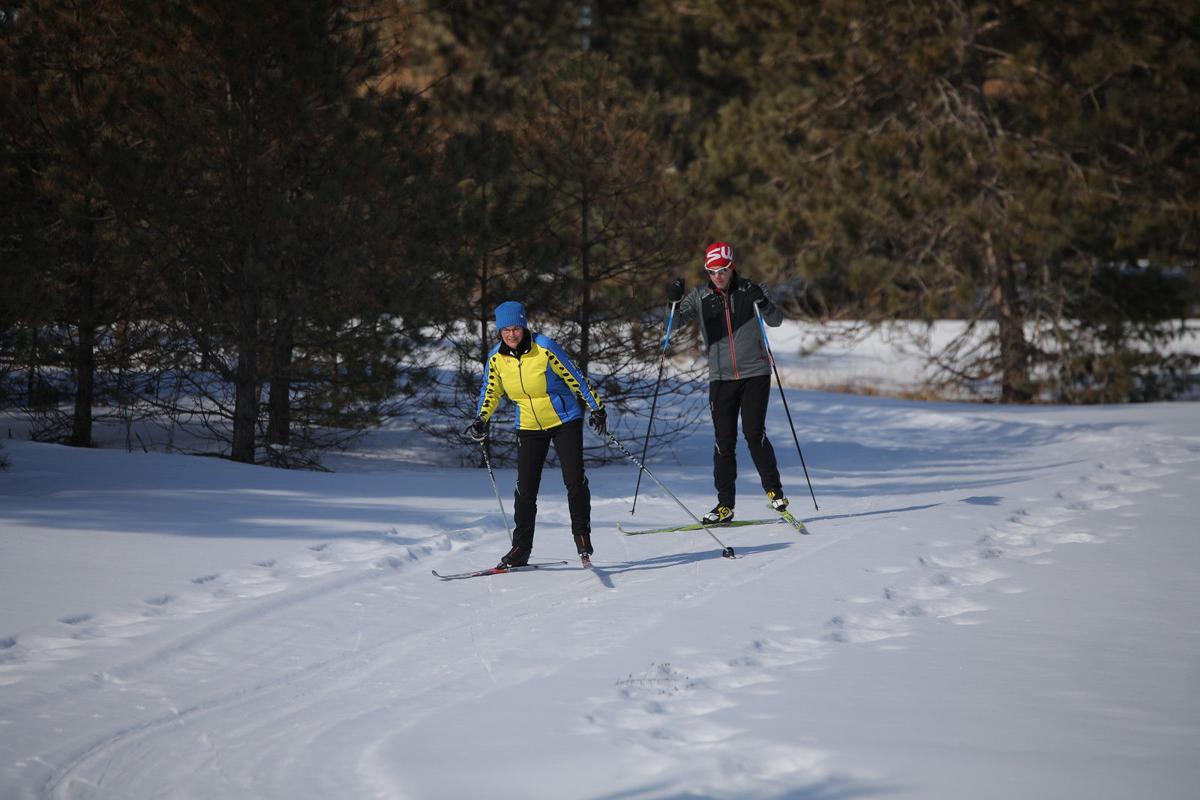 Boyne Mountain features 30K of trails include 5K groomed specifically for classic skiing and 25K groomed for both styles. 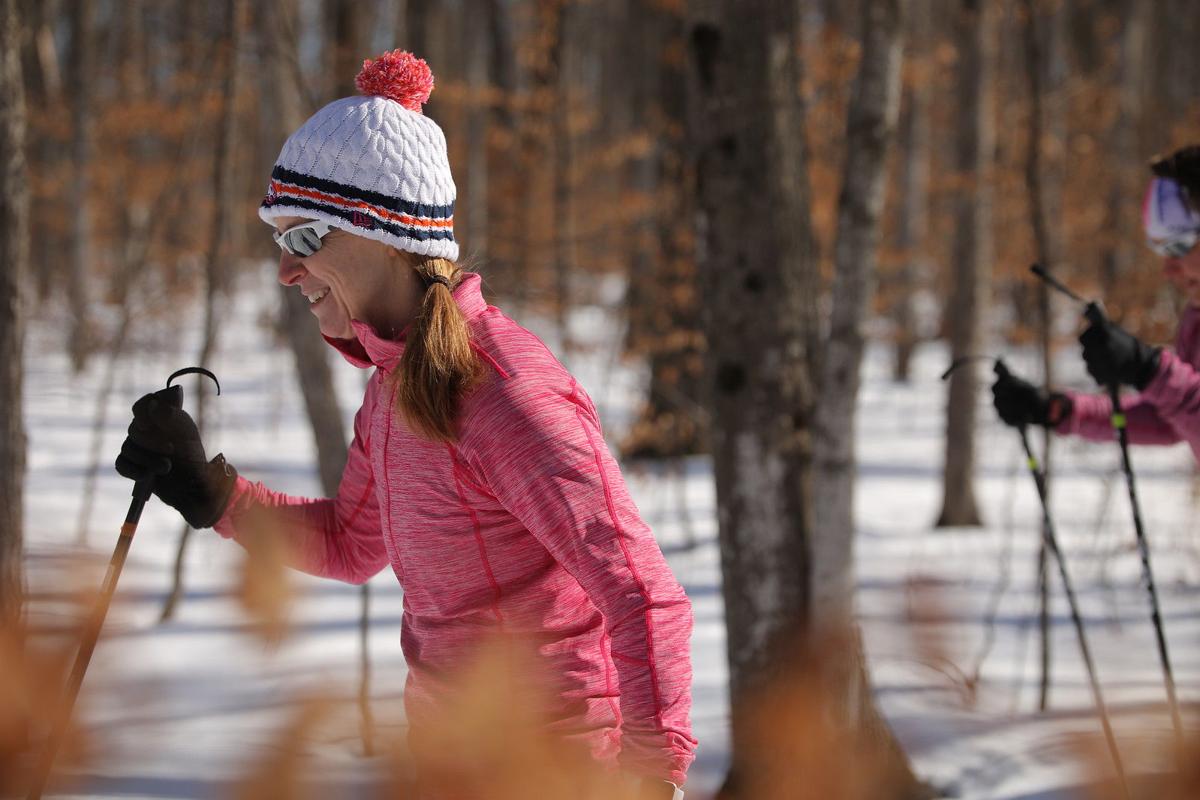 Both classic and skate style cross-country skiing offer a range of possibilities.

Boyne Mountain features 30K of trails include 5K groomed specifically for classic skiing and 25K groomed for both styles.

Both classic and skate style cross-country skiing offer a range of possibilities.

TRAVERSE CITY — Once upon a time classic-style Nordic skiing was the standard. But the cross-country sport has grown up. Today’s northern Michigan skiers embrace style choice and enjoy trails supporting both.

Randy Smith of Williamsburg, a passionate cross-country buff, fine-tuned his Nordic skiing skills over four decades. His intimate understanding of snow conditions allows him to tackle winter any way it shows up using a variety of ski equipment.

“I’ll ski on stiff frost,” he said. “I’ve skied on 10 different pairs of skis already this year. I like it all.”

Smith, a member of the nonprofit Vasa Ski Club, said classic style skiing can be athletic, though it offers a variable pace. Its beauty is that it adapts to a variety of snow conditions. Skate style requires a firm base and crusty surface. He said many choose skate style for the adrenaline rush, speed potential and the sense of freedom created by the glide.

“We start them out at five years on classic. It’s more like walking” he said. “After two or three years, we throw skates on them.”

The club partners this season with Crystal Mountain Resort at Thompsonville to expand the teaching program. The resort will engage third through sixth grade students from four nearby schools in the Nordic Rocks program beginning early January.

Director of Crystal’s cross-country program Greg Babinec said both classic and skate style are taught at the resort, though demand for skate-style instruction is on the rise.

“More and more people are looking for that high-intensity workout and to get outdoors” he said. He noted that cross-country skiing is considered the third best aerobic exercise form.

Crystal Mountain provides 15 miles of trails groomed for both classic and skate skiing. Terrain ranges from flat and easy to winding, steep and fast.

“It’s an adrenaline rush when you’re going downhill fast with trees coming at you,” Babinec said.

“The Vasa Pathway is a jewel because of the races,” Kostrzewa said. “But you don’t have to race at all to enjoy its world-class grooming.”

Nikola Baic operates the cross-country ski center at Boyne Mountain at Boyne Falls. Its 30K of trails include 5K groomed specifically for classic skiing and 25K groomed for both styles.

Sleeping Bear Heritage Trail is another popular trail accommodating both classic and skate skiers. Friends of Sleeping Bear Dunes groom the segment between Glen Arbor and Empire. It features a corduroy base for skate skiing and classic tracks on the outside for classic cross-country skiing.

The gentler trails at the adjacent Hickory Meadows are also groomed. Vasa Ski Club members conducted work bees for the past two years to improve the trails and volunteer as groomers.

“The Vasa Pathway is a jewel because of the races. But you don’t have to race at all to enjoy its world-class grooming.” John Kostrzewa, former coach for Traverse City Central and West Cross-Country Ski Teams