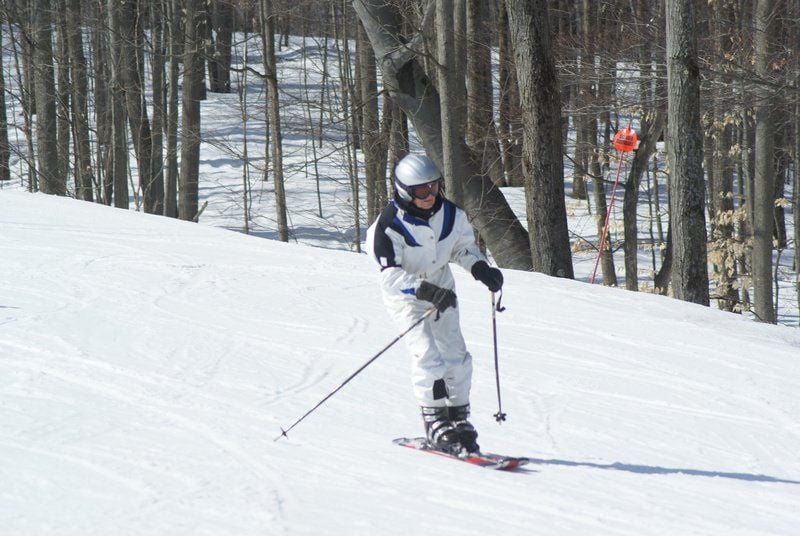 Lou Batori has perfect form, skis together. You would never guess his age if you didn't know. 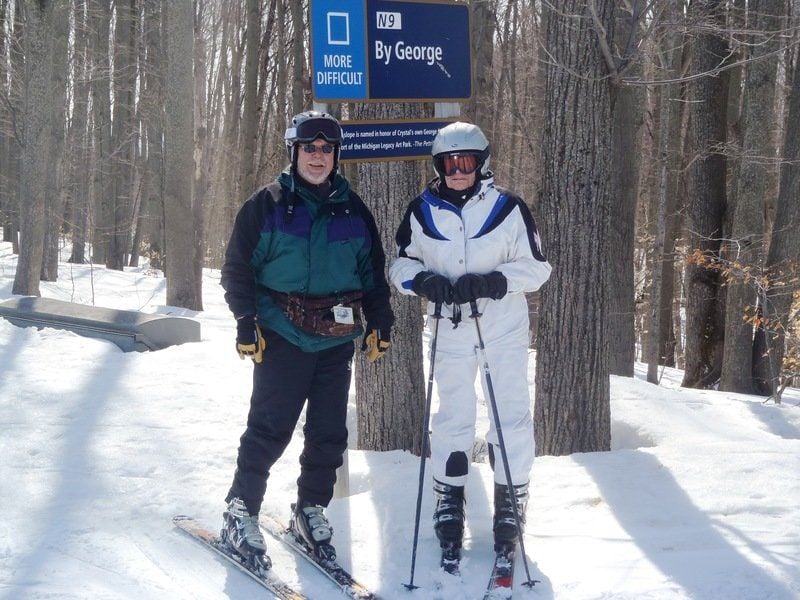 I had someone take a picture of me and Lou with my camera. Skiing with him was something I'll always treasure. 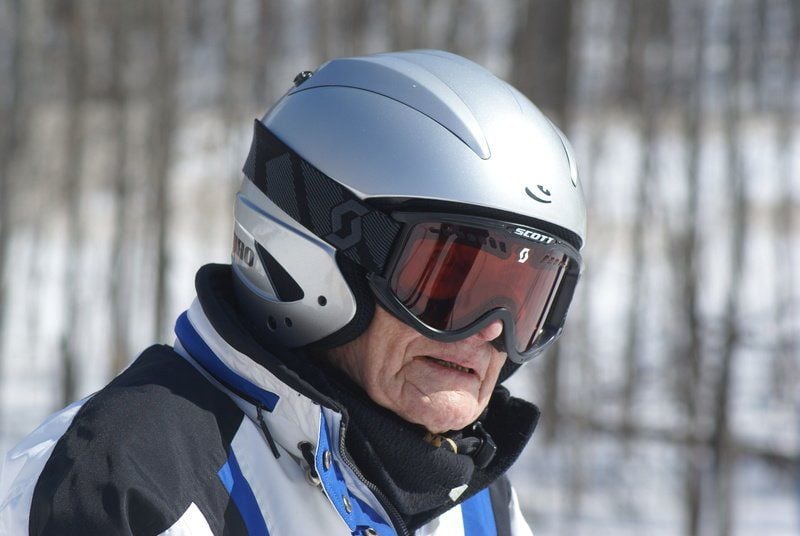 Lou Batori making a run down Crystal Mountain against a bluebird sky. 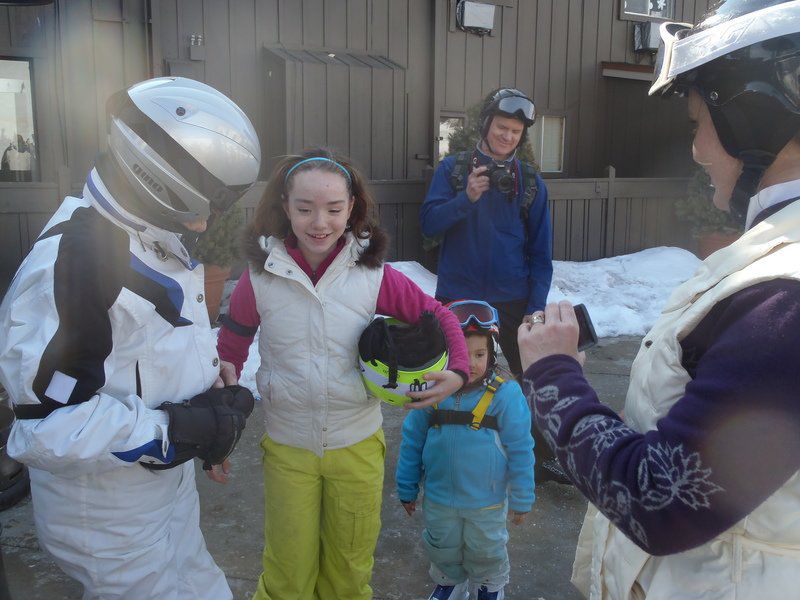 Lou Batori greets some young fans on the way to the ski lift.

Lou Batori has perfect form, skis together. You would never guess his age if you didn't know.

I had someone take a picture of me and Lou with my camera. Skiing with him was something I'll always treasure.

Lou Batori making a run down Crystal Mountain against a bluebird sky.

Lou Batori greets some young fans on the way to the ski lift.

“He’s the Energizer Bunny of skiing.”

That was my first thought when Crystal Mountain Resort spokesman Brian Lawson contacted me recently to say that Lou Batori, legendary centenarian skier, had taken a few runs during the warm spell in late February.

At 106 years old, he sets records every time he takes a run as Batori is considered the oldest living skier in the world. "Hungary Today" recently called him “Yoda of the Skis” in salute to their native son’s latest accomplishment.

Batori first learned to ski in Hungary at the age of 10 on handmade wooden hickory skis equipped with leather straps for bindings. He continued to ski in New York and New England when his family immigrated to the United States a few years later. He moved to Michigan after he retired in 1973.

I had the pleasure of taking a few runs with Lou a couple of years ago on an April morning at Crystal.

Skiing with a centenarian was almost a mystical experience. I had never stood next to anyone in their 100s, let alone skied with them.

As we stood on top of the ski hill recalling ski history he said, “I rode the first chairlift in the east at Stowe in 1940, the year it was constructed. That was a while ago.”

I knew I was in for a treat. That was three years before I was born.

Dressed in a white jumpsuit with a 100+ patch stitched on the arm and a sleek Giro silver helmet, you would never have guessed his age. He headed gracefully, skis together, down a corduroy carpet of snow making perfect turns.

Also skiing with us was George L. Petritz, son of Crystal Mountain founder George Petritz. He frequently skis with Batori acting as a wing-man protecting him from oncoming skiers and riders. The resort has provided the skiing legend a parking space with his name on it, closest to the high-speed Crystal Express lift.

We made four runs on the backside of the mountain and then returned to the lodge for a break and coffee.

“A run, a weekend of skiing justifies my existence,” he said with a grin as we paused for the mid-morning break in the cafeteria. “It’s funny, but when a person asks me why I ski, I immediately know they are not a skier. A skier wouldn’t have to ask that question.”

The oldest NASTAR racer in history he was known for pushing the upper boundary limits of the citizen racing organization.

“When I started racing in my early 80s the handicap system top limit was 70-plus, which I didn’t think was fair. Ten years can make a big difference, especially when you’re in your 80s. They established an 80-plus, and have gone on to create a 90, 95 and now 100-plus categories,” he said with grin.

“I don’t race anymore, but it will give someone else an honest chance to keep competing. I may be the only one in a category, but if I can ski, I can race. It’s a normal part of the ski season.”

He hadn't looked forward to Michigan skiing — after mountain conditions — but now touts its advantages.

“It was a bit of a surprise, but I found that I could log as much vertical feet in a day here in Michigan as I could in the mountains where you spend a lot more time riding a lift,” he told me. “Here the lift ride is shorter, and you spend more time on the slopes. It may not be a mountain, but at the end of the day it all adds up.”

He credits grooming and the new gear with extending his skiing years.

“Today’s grooming leaves the slopes in immaculate condition. I don’t have to worry about changing slope conditions, and the new equipment is much lighter, more efficient and easier to use. Boots have improved immensely, and to me, they are the most important part or your equipment. If your feet aren’t happy you won’t enjoy skiing,” Batori chuckled.

A bit of a celebrity, people and especially young children were stopping to speak with him as we made our way toward the lift after the break. Some wanted pictures with him, and he'd always stop and pose.

Although he doesn’t like the word, Lou Batori is an inspiration. He is to me. I have a quarter-century left to hit the century mark. I don’t have aspirations of making it to that age, but what Lou does inspire me to do is get out and enjoy life every waking minute that I can — to make as many turns as possible down life’s endless slopes.

THOMPSONVILLE — The snow on the slopes, perhaps, was Mother Nature’s way of paying homage.