The ridiculously easy Slow Cooker Venison French Dip, a great way to branch out from the traditional “stew.” And it made the house smell amazing. 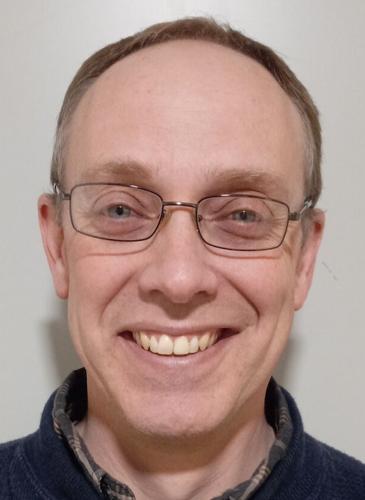 — Reprinted with permission from www.jenndanella.com

Venison roast (from either the rump or the hindquarter)

*Recipe can make approximately 6 sandwiches depending on roast size. You may need more than one French baguette if serving more.

Trim any access fat on venison roast. Use a paper towel to dry all sides of roast. Season all sides well with salt and pepper. Set into slow cooker.

Cook on low in slow cooker for 9-10 hours. When almost ready to serve, cut the French bread into sandwich sizes. Place provolone cheese on top slice and melt in oven at 350 degrees.

Remove the bay leaf. Then remove the meat from the slow cooker and place in a bowl. Use a fork to shred it. Place pulled venison and onions on sandwiches and serve with cooking liquid for dipping.

It happens each year. You live here. You know. Like an enchanted sailor lulled by a bewitching Siren, we put on shorts and a T-shirt on that rarest of rare 65-plus degree November day. Maybe, we say, this will be the year it stays this way until May. And all the while, we’re cruising ignorantly toward the craggy rocks of doom — another northern Michigan winter.

Okay, I beat that analogy to death, but we fall for it every year. A sunny November day, wow this is great, and then a slap of reality upside the head in the form of a half-foot of snow.

Wild game is filling freezers right now, especially with the firearm deer season in full swing, and cooking in the winter is all about comfort food. To me, that means one thing: a slow cooker. I actually appreciate the sideways snow as long as I’m tucked away inside a kitchen filled with the savory wild game goodness emanating from the slow cooker.

And the best part is that it doesn’t have to be complicated. There’s something about “wild game” that we’ve taken to mean “gourmet,” which in turns makes it scary to cook in fear of ruining it. Which is why, when I saw a press release for an upcoming cookbook, I reached out to its author — hunter, angler, social media personality, and cook Jenn Danella — to pick her brain, for the title of her book jumped out at me: “The Weeknight Wild Game Cookbook.”

“I love creating family friendly recipes and helping people elevate their wild game dinners,” she told me. Although not a trained chef, she began like most of us, blending a passion for hunting and fishing with her love of food and cooking.

“As my mother would tell you, I was obsessed with food as a child. I would come home from school and immediately ask, ‘What’s for dinner?’ Eventually, we started cooking and trying new recipes together, which kickstarted my love for experimenting in the kitchen.”

As I cruised around the recipes on Danella’s website — and anticipating more in the book, releasing just before Christmas — I felt like they could be magic bullets for many sportsmen intimidated by wild game. Danella has put together classic meals with easy-to-find ingredients yet using our favorite game, all of which can be put together simply for a weeknight. And for this time of year, I asked her about using the slow cooker.

“I love using slow cookers for wild game because it not only helps tenderize the meat, but it also brings out the flavor of the dish.”

Undertaking the butchering process yourself entails more meat preparation before assembling the slow cooker pot recipe, especially with venison, and some pre-planning.

“I make sure to let the meat completely thaw in the refrigerator,” Danella recommends, “then remove all fat and silver skin from wild game, with a few exceptions such as duck fat.”

I generally sear a cut of meat before placing it in the slow cooker if I want to slice it afterward, such as a pork loin or venison tenderloin; I won’t sear smaller cuts or those I want to fall apart.

“Searing the meat before placing it into the slow cooker isn’t a game changer for me,” Danella said. “While searing first creates a nice caramelized surface that lends richer flavors, sometimes I’m pressed for time and still result with delicious and tender dinners.”

If searing, season generously with your preferred spices, maybe sauté some onions and mushrooms first to help flavor the oil a bit, get it smoking hot, press the meat into the oil on all sides, and drop into the slow cooker — but you’re not done. A lot of flavor remains in the pan.

Add beef or chicken broth to deglaze, scrape everything off the bottom of pan, add in a combination of liquids you think will taste well together, and boil down to half the starting volume. Swirl in a couple pads of butter, make sure to do one last scrape of the pan, and then dump all of this into the slow cooker. I tend to group lighter liquids with lighter meat (white wine, chicken broth, lemon juice, white balsamic vinegar, etc. with pheasants), and darker liquids with darker meat (beef broth, soy sauce, red wine, Worcestershire, bourbon, etc. with venison).

Slow cookers aren’t these magical appliances where we can dump everything in and forget it.

“I think people don’t always use enough liquid, causing the meal to dry out. A good rule of thumb is to completely cover whatever is in the slow cooker.”

And when doing the ubiquitous game stew that fills the house with those rich aromas, Danella has a simple tip for amping up the vegetables.

“I like to add my vegetables in later so they don’t end up mushy. If you’re going to add in the vegetables at the same time, make sure to cut them in large slices.”

But slow cookers can do much more than stews. Venison tenderloins, shredded goose breasts, pheasant and dumplings … it’s time to branch out this winter. One of Danella’s favorites?

“Slow cooker French dip! Sometimes soups and stews get boring in the winter, and this is a great quick meal to switch things up. It’s also about as easy as it gets without lacking flavor.”

What I appreciated about Danella’s recipes is her use of simple and available ingredients, including the smorgasbord of “cream of” soups, especially for weeknight meals. While I prefer to fritter away in the kitchen making things from scratch and dirtying every pot and pan in the house, I also recognize that musical practice, dance practice, quiz bowl, driver’s training, voice lessons, college meetings, and deadlines mean we live in a grab-and-go house.

“In a perfect world, I’d make everything from scratch,” Danella said, but she appreciates using the soup mixes and canned cream of’s in recipes. “They can save time and pack in flavor.”

But when you do have the time?

“It is actually fairly simple to make your own cream of soups. You start by creating a roux by whisking melted butter and flour. Then you slowly whisk in chicken broth [or beef broth] and milk. Then simply season with garlic powder, onion powder, salt, and pepper! This only takes five or six minutes to do, and you can get as creative as you want with the seasonings.”

For those of us in northern Michigan, we can add “a freezing, blustery, dreadfully never-ending winter” between death and taxes on the list of things that are certain. So break out the slow cooker, find a new twist on a favorite game recipe, and fill the kitchen with the bounty you worked so hard for during the season. It’ll chase away the chill.

Writer and editor Jake Smith can be reached through the collective email address lostbranchsportsmansclub.gmail.com