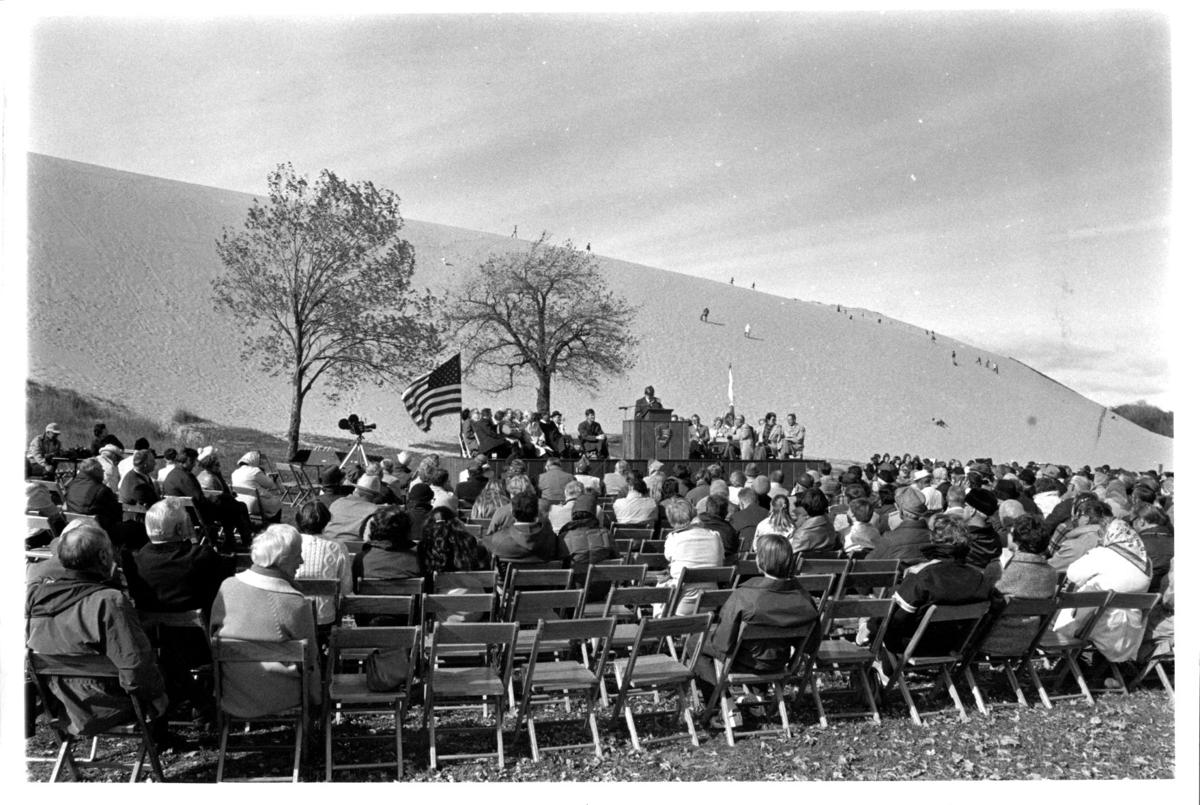 The vintage photo is of the Oct. 1977 park dedication ceremony. 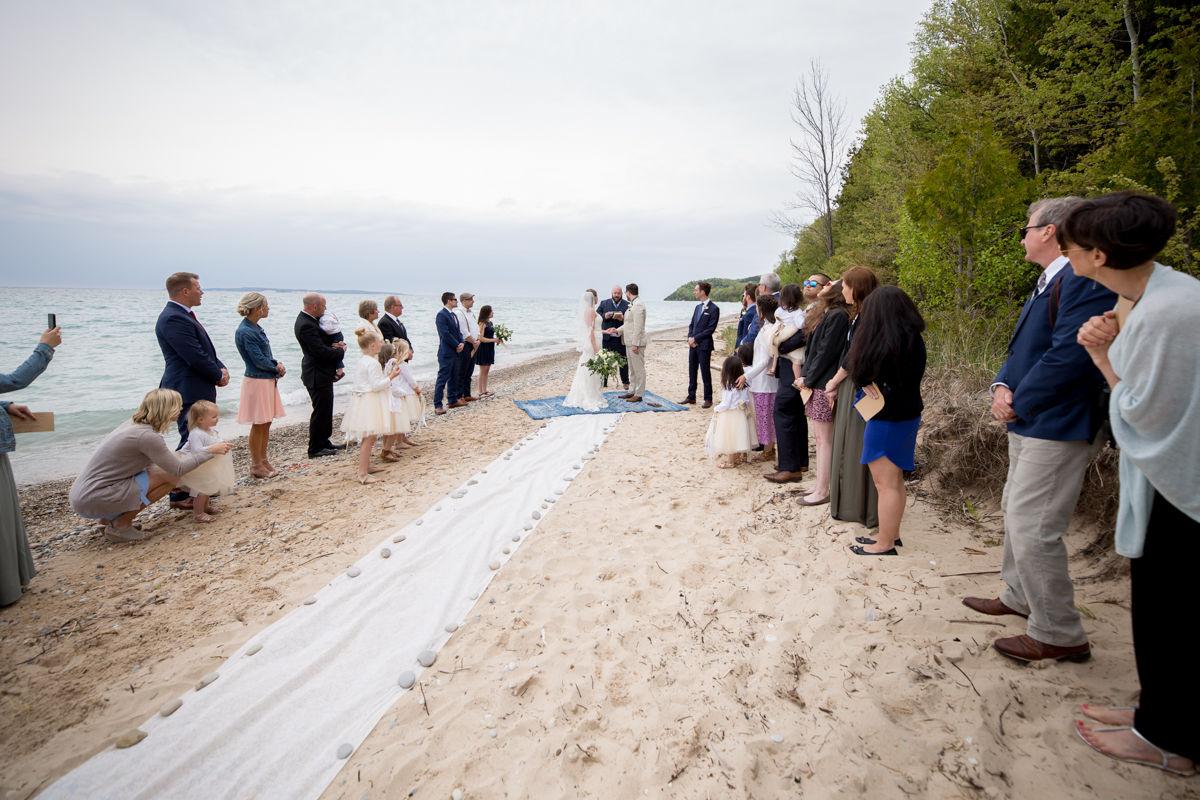 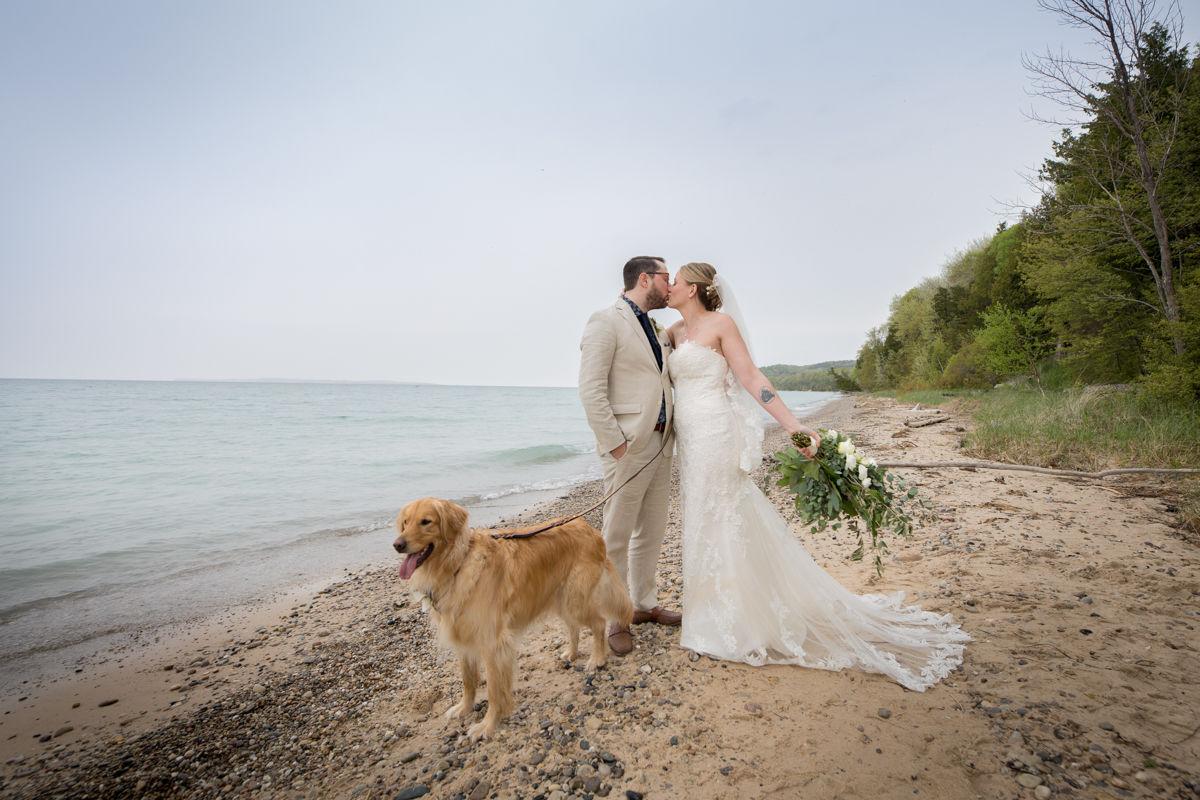 Sarah, Mick and Otis Bassett at a June 1 wedding at Lane Road Beach.

The vintage photo is of the Oct. 1977 park dedication ceremony.

Sarah, Mick and Otis Bassett at a June 1 wedding at Lane Road Beach.

EMPIRE — Sledding down the massive Dune Climb will kickoff the half-century anniversary of the creation of Sleeping Bear Dune National Lakeshore.

Its 50th birthday kicks off Jan. 18 with a Hibernation Celebration at the Dune Climb.

Festivities include sledding, a snow sculpture contest, crafts, bonfire and snowshoe hikes along the Heritage Trail.

The free event (with a park pass) marks the beginning of year-long schedule of celebrations saluting the people, places and natural wonders of the 71,251-acre park.

Sleeping Bear draws as many as 1.8 million people yearly.

“Everybody gets excited about the number of visitors,” said Park Superintendent Scott Tucker. “But for us success is not a number. It’s students getting excited about nature and research so that the park will be here in the future.”

“Because many parks prohibit activities that occur elsewhere, scientists can use the parks as control areas for determining the effects of these activities where they do occur,” Tucker said.

But studying the features for which the parks were established is only part of the park’s big picture, Tucker said.

Sara and Mick Bassett of Traverse City are among the 35 couples who tied the knot at Sleeping Bear Dunes National Lakeshore last year.

“My husband proposed to me at Pyramid Point,” Sara Bassett said. “We went back to Lane Road Beach where we picnicked after he proposed to share the beauty with our friends and family.”

The federal designation came only after decades of controversy and effort.

A small portion of what is now Sleeping Bear was set aside in 1919 as a state park, according to the National Park Service.

NPS notes that by the early 1960s rapid lakeshore development was taking place. This privatization movement converged with the growth of the environmental movement.

A “Save Our Shoreline” campaign slowly evolved into the park’s formation.

Sleeping Bear winds through Leelanau and Benzie counties, includes North and South Manitou islands and embodies 64 miles of shoreline. Its creation required the government to acquire 1,400 tracts of private land.

Tucker said landowner sentiment at the time was split. Some were happy to see their land preserved and others distraught by the proposal, he said.

Kerry Kelly, a 14-year member of the nonprofit Friends of Sleeping Bear organization, said there is a sense of local ownership.

“Those that live in Leelanau, Benzie and Grand Traverse counties view it as their park,” Kelly said.

Visitors, too, view it as a legacy destination that appeals to all ages, Kelly said.

“I see grandparents, parents and children that have come to Sleeping Bear as a rite of passage — climbing the dunes and hiking beaches,” Kelly said. “Every generation wants to pass it along to the next generation.”

Sleeping Bear marks its milestone year with a free mobile app for navigating the park’s programs and services.

Download it at https://apps.apple.com/app/id1488513204. An Android version will soon be available.

“Everybody gets excited about the number of visitors. But for us success is not a number. It’s students getting excited about nature and research so that the park will be here in the future.” Park Superintendent Scott Tucker