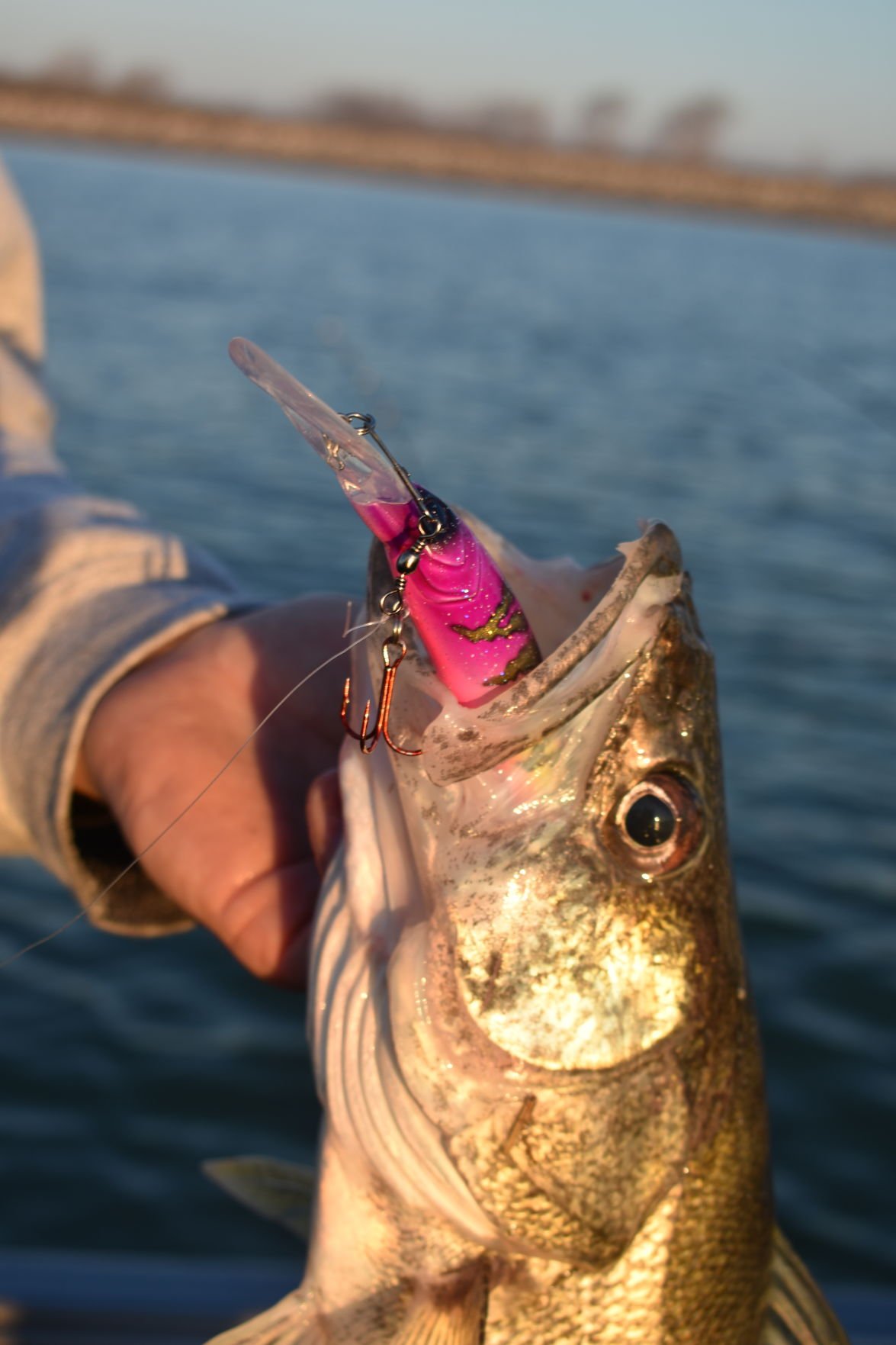 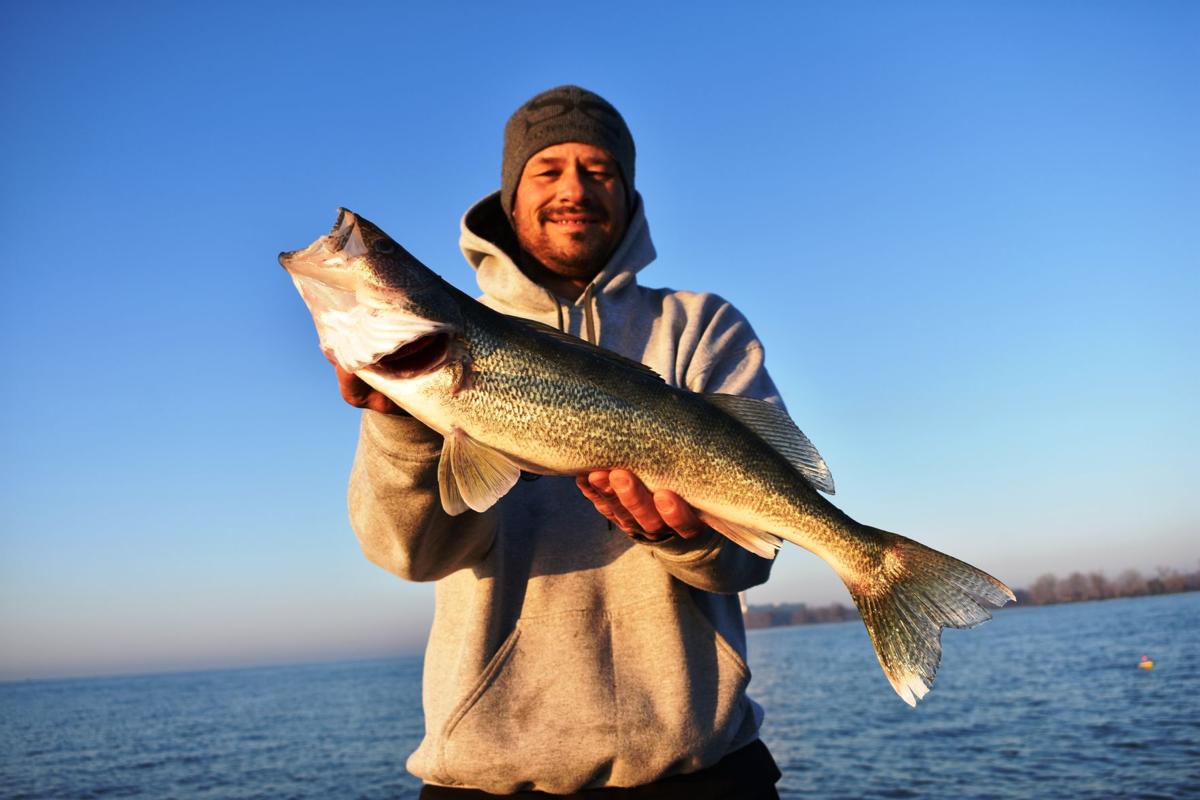 MONROE — As soon as we exited the harbor at Sterling State Park, Gary Burch made a right turn and we started setting lines, just a five-iron shot from the jetty. By the time we got our sixth line set — five with planer boards and another down the chute behind the outboard — we had a fish on.

It was a nice walleye, 20-plus inches, and it was the start of something good. Ninety minutes later we had our 12th ‘eye in the live well — and we should have been finished sooner as we lost one when the plug hung up on the net and it pulled off. We were out of there before a lot of guys even started.

For Burch, it was par for the course on Lake Erie since the governor lifted her ban on motor boats. He’d been spanking them steadily, first last fall, then again in early spring, and he picked up where he left off when the boat ban went into place.

It was the result of several years of study and practice that changed Burch from a lost ball in high weeds into an excellent walleye angler.

A 46-year-old sheet rock worker, Burch had been frustrated by walleyes, he said. Originally from south central Michigan (Leslie), Burch had moved to the east side, where the walleye fishing is, of course, outstanding. And although he is a lifelong fisherman —mostly bluegills and pike until he relocated — Burch said just couldn’t figure out the walleyes. So he enrolled in a couple of Mark Martin’s Ice Fishing Vacation/Schools, kept in touch with a couple of the instructors who answered his questions whenever he got stuck, and gradually he figured it all out. Three years after his first exposure to the schools, Martin invited him keep coming to them — now as an instructor.

Our drill was pretty simple; we trolled at 1 to 1.1 miles an hour in 13 to 15 feet of water with deep-diving floating diving minnows: Rapala Husky Jerks and Bandits.

“You can see on the graph that the fish are a foot or two off bottom,” Burch explained. “Running those baits 30 to 35 feet back, they’re diving 10 to 12 feet, so we’re a foot or two above their heads. You don’t want to fish below them.

“I really don’t know what’s keeping them in here,” he said. “Are there baitfish in here or are they spawning in here? I don’t really know, but the water temperature brought them up in here and it’s like that every year.

“Lake Erie’s really like a long slope; there’s not a lot of structure,” he continued. ”So you’re looking at things, like water temperature and which way the wind is blowing, to figure it out.”

There wasn’t much wind when we started, but it gradually picked up out of the west. But it had been blowing from the east for a couple of days previous to our trip and Burch said it had blown warmer water into the area we were fishing.

Burch told me the first time he went down to Erie by himself, he couldn’t find the walleyes, until he noticed all of the perch anglers congregating in one area.

“I figured those walleyes were feeding on those perch,” he said, “so I started trolling in between them and started catching them. Next thing you know I was catching limits and the guys I was taking down there with me were catching limits, too.”

In the early days, Burch ran crawler harnesses behind bottom bouncers. He graduated to body baits last fall and his results only improved. Now he uses custom-painted (by Matt Peterson, of Fish Bones Custom Lures out of Houghton Lake) baits and he says they make a difference. On our trip, baits with pink and purple were the best producers and they were far from standard production colors.

Our action was consistent; we went 12 for 13 with a couple of additional white bass thrown in so we had a bite every five or six minutes (though we did have one double.) A fair percentage of the time, the bite came when Burch — who was trolling with the bow-mounted electric motor — made a turn, which causes the lure to rise or drop in the water column. That’s a trick he said he picked up from one of Martin’s staffers; instead of trolling in a straight line, Burch makes a series of wide S-turns as he trolls.

Burch said he fishes a lot; he was out of work (like a lot of folks) during the state shutdown, so he went fishing. And when the motor-boat ban went into place, he took a kayak out almost daily.

“I try to stay out there and stay on top of them and keep learning them,” he said. “Not everybody can catch them all the time. They’re not the easiest fish to figure out or catch. But when you can go out there, find ‘em and catch ‘em, that’s pretty gratifying.”

So much so, that’s walleyes is the name of the game now for Burch,

“I’ll always fish for bluegills once or twice a year,” he said. “I like catching them and I like eating them. But it’s mostly walleyes now. I just like the way they tug.”