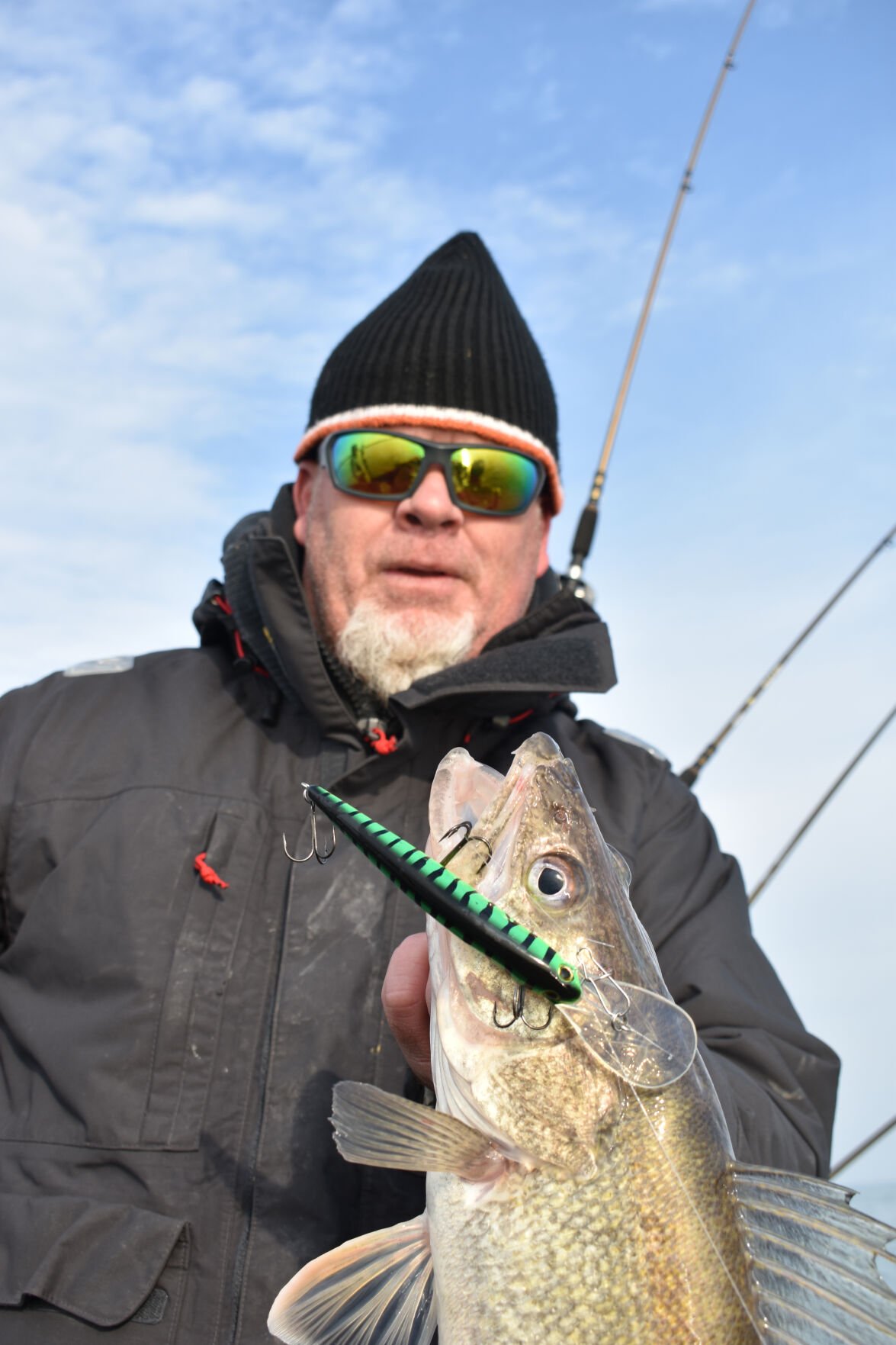 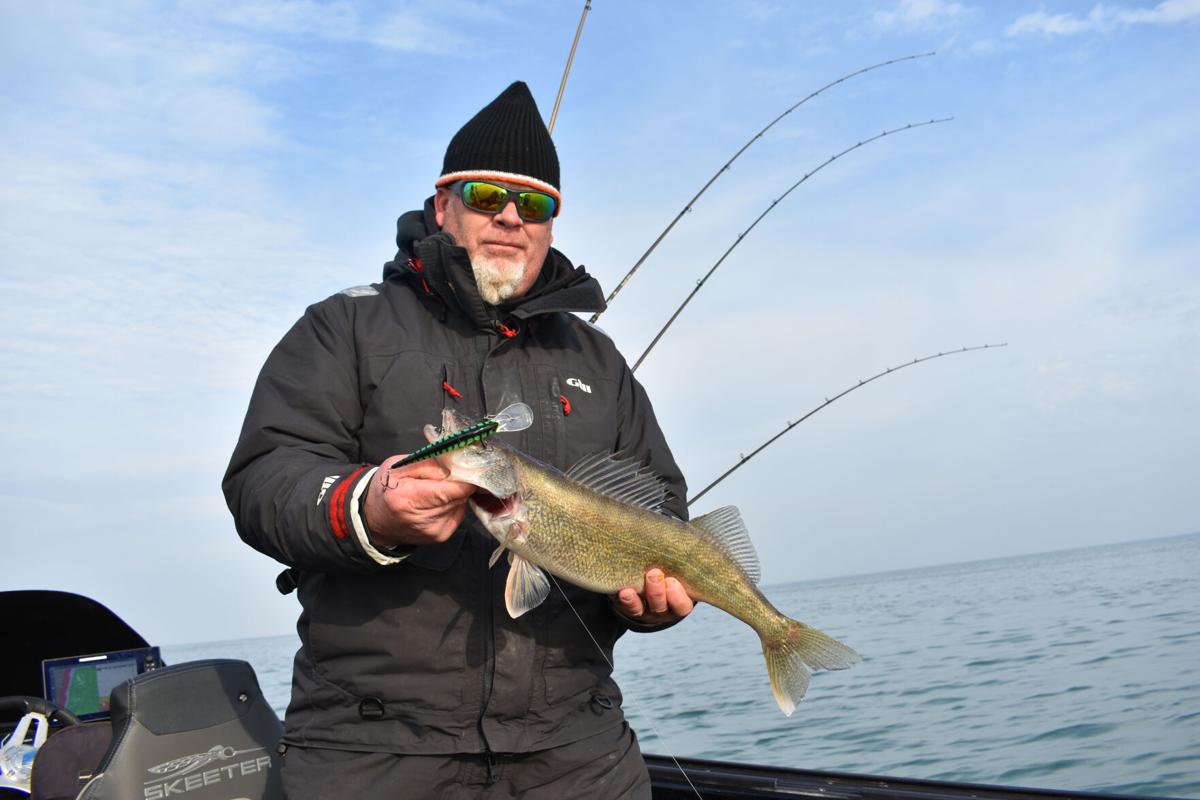 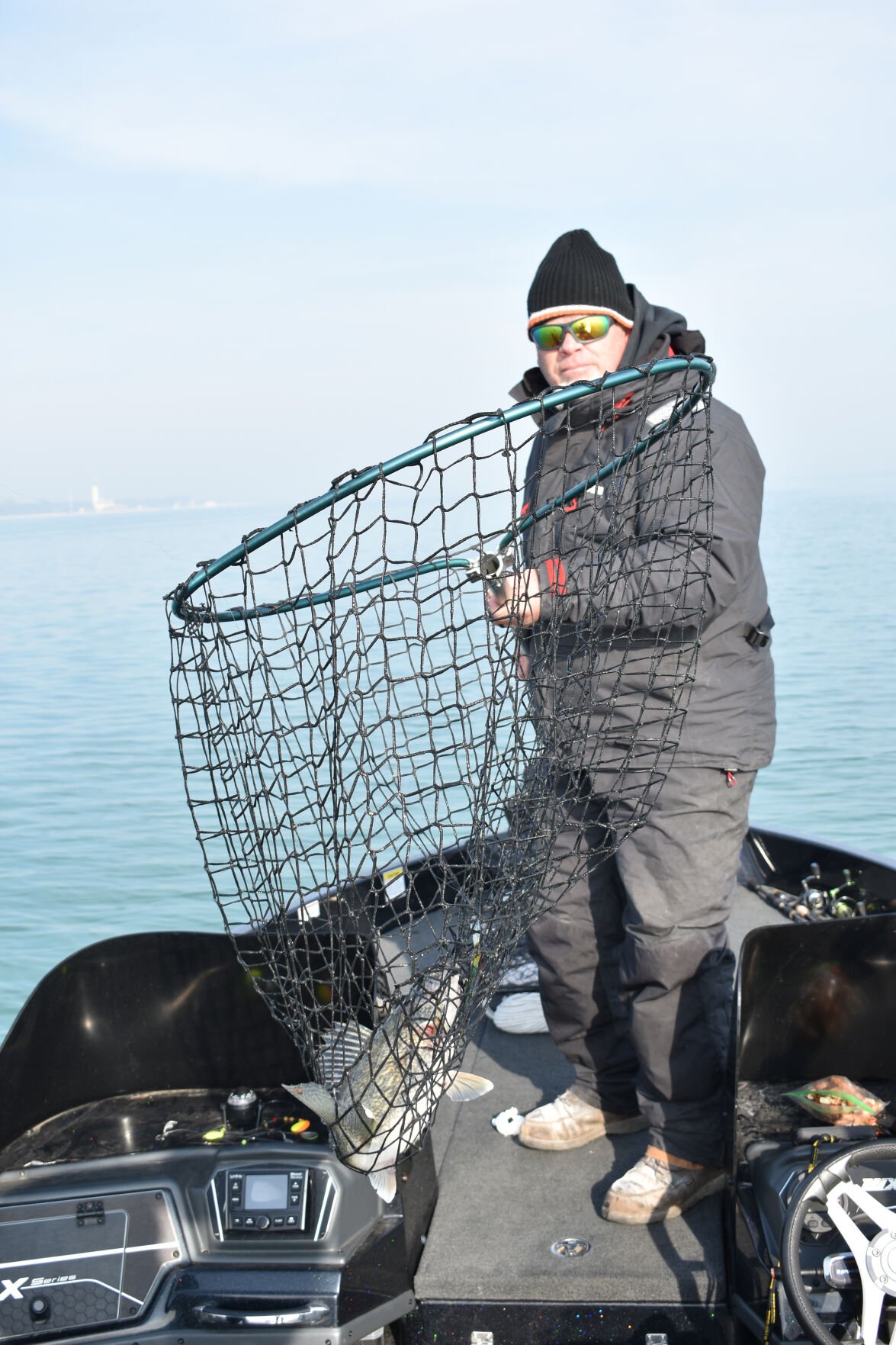 ST. CLAIR SHORES — December, I’ve decided, is the new November. How else do you explain being out on a big lake just days before Christmas?

I was with Mick Broughton, a charter boat skipper with whom I’ve fished a handful of times, mostly on the St. Clair River, but this time we were on Lake St. Clair, which has boasted a productive walleye fishery the last couple of years.

There was a time — back when Lake Erie was the Dead Sea — that this was probably the top walleye fishery in the state. But about the time Lake Erie really got going, Lake St. Clair started to fade, caused by changes in the lake: reduced nutrient loading and zebra mussels combined to clear the water, which is not the best.

“As you know, walleye don’t like clear water for the most part,” explained Todd Wills, the chief research biologist at the Department of Natural Resources Lake St. Clair station. “Stained water is a little easier on them.

“Recruitment from the Thames River, which was really important to the lake, went down. It wasn’t what it was in the ‘70s.”

So why did it reverse course?

“We attribute that to the strong year-classes coming out of Lake Erie,” Wills said. “Year-classes in 2015, 2018 and 2019 were all very good. 2020 was not bad either so we’re telling everybody that the good old days are now. The 2018 year-class is only two years old but it’s very robust.

“Fast forward to now and we have natural reproduction going gangbusters in Lake Erie and those fish are coming up in the Detroit River, Lake St. Clair and the St. Clair River. The whole system is a walleye factory and it’s just a great fishery. It’s incredible. It’s been quite the turn around.”

I’ll attest. But it took some doing to get me to see the light.

When I went out with Broughton, it was a cloudless sky with bright sunshine, not exactly prime conditions for walleye, which are notably photosensitive. And if that wasn’t bad enough, there wasn’t a breath of wind; the surface was as smooth as Lionel Richie. The first place we stopped — where Broughton had left them the last time out — the water was as clear as the distilled stuff.

Those conditions showed up in the fishing. We trolled for an hour and a half with nothing to show for it.

So we picked up, went out a little deeper to another of Broughton’s usually productive spots and it was the same story: vodka-clear water that, according to the fish finder, didn’t have a finster anywhere around it.

So Broughton got on the outboard and drove, covering miles, until he slowed down and stopped.

“The water’s greener here,” he said. “I’m just looking for a little more stained water. Clear water and high sun are not a good recipe. It’s a good boating day.”

We set lines in about 15 feet of water, Bandits on planer boards, and though there wasn’t much showing on the depth finder, one of the boards started pulling back. I grabbed the rod. It was a nice eye.

The bait was 38 feet back of the board; I can’t tell you how deep it ran, but it had to be down there.

The next rod that went was 44 feet back. Then the 38-footer went again.

After a bit, we doubled back through them — didn’t touch a fish — then turned around. Some clouds appeared and the wind picked up and one of the high lines (22 feet back) went. It was a nice fish.

“We have a pretty good grade of fish right now,” Broughton said. “They’re a little bit bigger than last year. And there are some six-, seven-pound fish.”

Broughton said the walleye fishery started going downhill when the water level dropped — which started in the ‘90s — and stayed down until the water level began rising again.

“There’s just more fishable water now,” he said. “There’s more structure and there seems to be more bait around. It seems like the last five or six years it’s been coming on and now everybody knows about it.”

Broughton said the walleye bite is good pre-ice on St. Clair — as it is on Lake Erie — because the fish are moving into areas where they’ll stage before the spring spawning run.

“Lake St. Clair is a shallower bite than Erie,” he said. “Nineteen feet is the deepest part of it. But we’re using the same baits – Bandits and Deep Husky Jerks — as we do on Erie and nobody’s using anything else.

Thicker-bodied baits — like a shad-type bait — doesn’t seem to work as well on Lake St. Clair as they do on Saginaw Bay and Lake Erie, where there are more shad.

“Lake St. Clair’s just been all-around good,” he continued. The muskie fishing’s great, the smallmouths ... it’s just an all-around great lake, especially this time of year when you don’t have to deal with so many boaters. Other than smallmouth, it’s an under-rated lake.”

And the muskies. It’s world-class fishery for both smallies and ‘skies and the panfish action is pretty top-notch, too. Now, it looks like walleye fishing is getting there as well.

We caught a couple more (both on high lines) and called it at six fish. Maybe not Lake Erie results, but not bad.

Broughton is booking trips for spring for Lake Erie and the Detroit River. You can reach him at 586-713-6787.