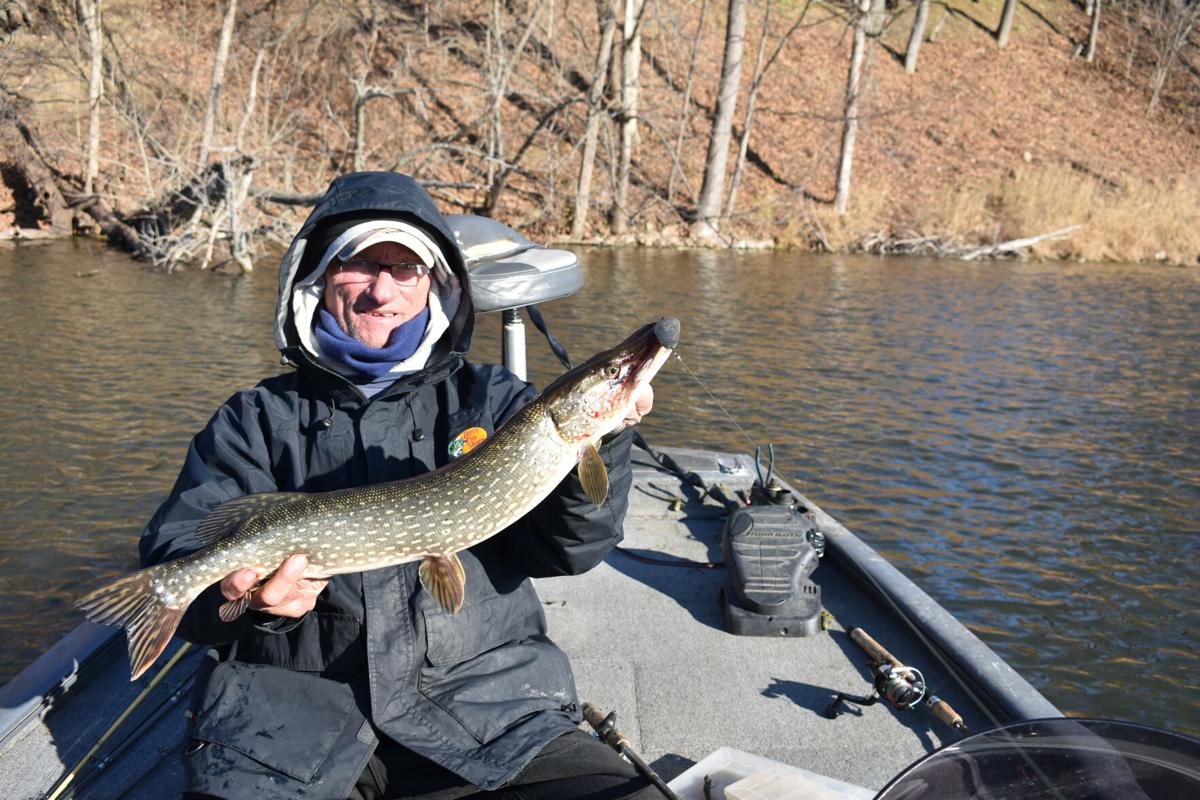 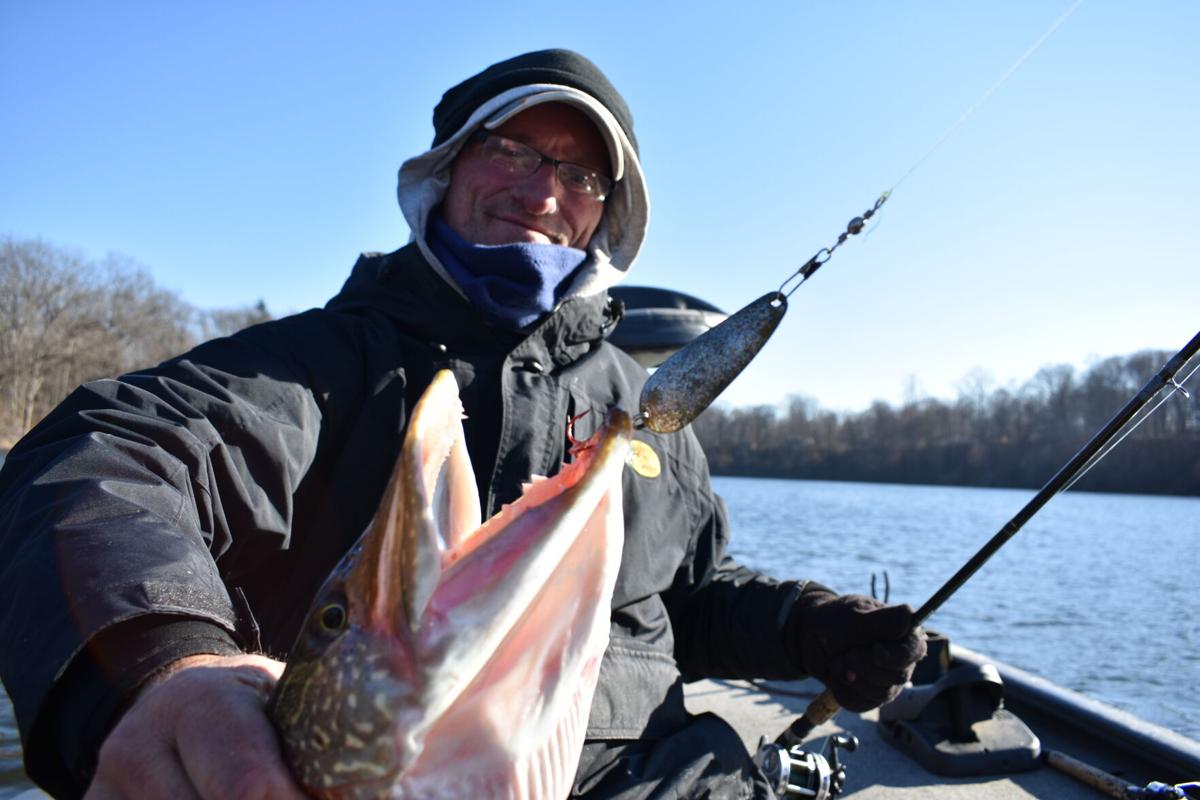 A spoon fooled this pike for Jim Horn.

A spoon fooled this pike for Jim Horn.

NILES — Remember pike? Guys my age will remember when they were a top target of recreational anglers. These days, not so much.

“Before the salmon, they were the top of the food chain, the biggest fish anyone was going to catch,” said my buddy Jim Horn, who is one of the few guys I know who still targets pike. “They’ve got the size and the aggressiveness — they’re a power fisherman’s dream: spinnerbait, Rat-L-Trap, crankbait, spoon. And there are a lot more opportunities to fish for them than a lot of people realize.”

Perhaps so, but not as many as there used to be. Pike, in lakes, like to spawn in marshes and so many lakes have had their shorelines altered (with beaches or seawalls) that pike are no longer as ubiquitous as they once were. But they’re still capable of reproducing in rivers and that’s what brought me the St. Joseph River here to meet up with Horn.

We started out fishing along banks that had sported lush weed beds during the summer.

“A lot of the fishing (for pike) is the same as bass fishing,” said Horn, as we chunked baits around the dying weed beds. “The approach is a little bit different but it’s similar tackle. But if you’re in a place with a lot of big pike, you might beef up your tackle a little bit.

“You might use bigger lures and fish a little bit deeper, but you’ll still catch bass. I don’t think pike hold as close to cover as bass or they’re willing to come a little bit farther for a bait than bass. How many times when you’re fishing for pike do you see the fish charging at it right at the boat? Maybe if the boat was 10 yards farther back he would have gotten it. If you see a fish chasing, don’t let your lure drop. Speed it up if you can.

“And you don’t have to fish the water as hard as for bass as pike are typically more aggressive, so you can cover more water, not making as many casts to the same target.”

That’s what we were doing — making long casts with large baits, covering water. We fished chatter baits, jerk baits and swim baits, but Horn scored first shortly after he switched to a spoon, catching a keeper (i.e. longer than 24 inches) pike.

It was early December and cold, which is how Horn likes it when he’s pike fishing.

“They’re not as aggressive when that water temperature’s hot, but when the water starts cooling down, they get aggressive,” he said. “Once it gets below 50, they start up and that 45- to 40-degree range they really get aggressive. Once it gets much lower than 37 or 38, you’ve got to fish slowly, especially with a jerk bait. It’s the same thing in spring — when it starts warming up again they get going again.”

As a kid, I remember the old-timers saying that pike lost their teeth in the summer, that’s why you don’t catch them. I guess we know now that they slow down and go deeper — down to the thermocline — where few anglers target them. The first time I fished for pike with Horn, a couple of decades back, it was summer and we fished jigs on the outside edges of the deepest weed beds we could find. We caught ‘em.

Horn, who is an excellent angler, caught another keeper pike on the spoon — the only one we had with us — so he insisted I take it. He switched to a jerk bait and immediately caught two more, a keeper and a throwback.

Unlike a lot of pike (or muskie) anglers, Horn doesn’t usually use a wire leader.

“I think I get more bites without it,” he said. “The lure acts more natural and I don’t get that many bite-offs — I know it’s not more than 10 percent – because I use big baits and that bait’s moving, so they usually only get the back hook. And that’s why you use a spinnerbaits — it’s got that built-in wire leader. But if I’m using a smaller bait, like a Rat-L-Trap, a pike can inhale the whole thing, so I’ll use a wire leader. Or if I’m using a high-dollar crankbait, well, you don’t want to give those away.”

A pike took a swipe at Horn’s bait and missed it. He dropped that rod, grabbed one with a jig on it, and threw it right at the boil. He connected with another keeper.

“If you see a pike miss it, throw back in there with something else,” Horn said, “but only make a couple of casts, then let it rest for a while, and come back to that spot later. That’s one tip for putting more pike in the boat — come back to those areas where you missed fish because they’re obviously on the prowl and they will hang out in the same area for a while.”

Another thing Horn does differently than a lot of angers is he eschews landing nets because pike roll up in it and knock their slime off (pike are quite slimy). Horn almost always releases his fish, so he doesn’t want to damage them. He grabs them behind the head and hauls them in, but he warns: Be careful.

“If the lure hook, the fish, and you all become one, that’s not a good thing,” he said.