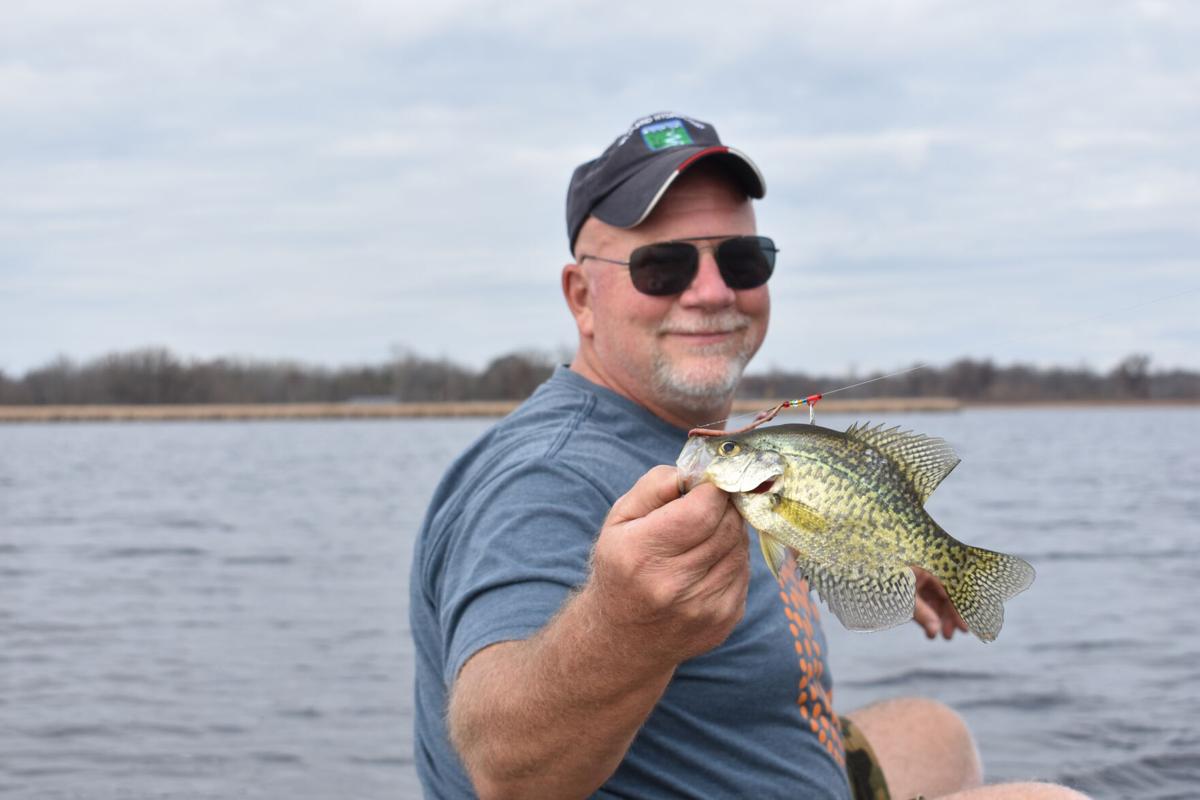 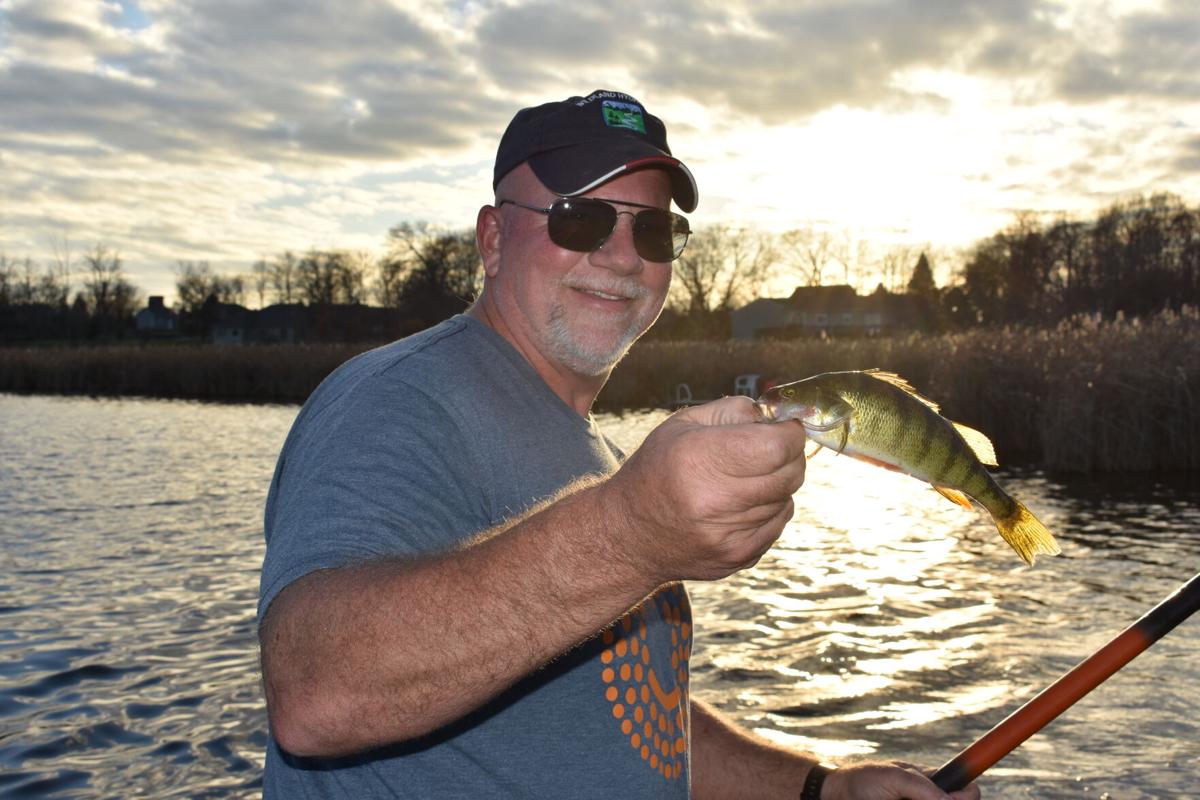 Fishing with a long pole rewarded Chris Freiburger with a perch. 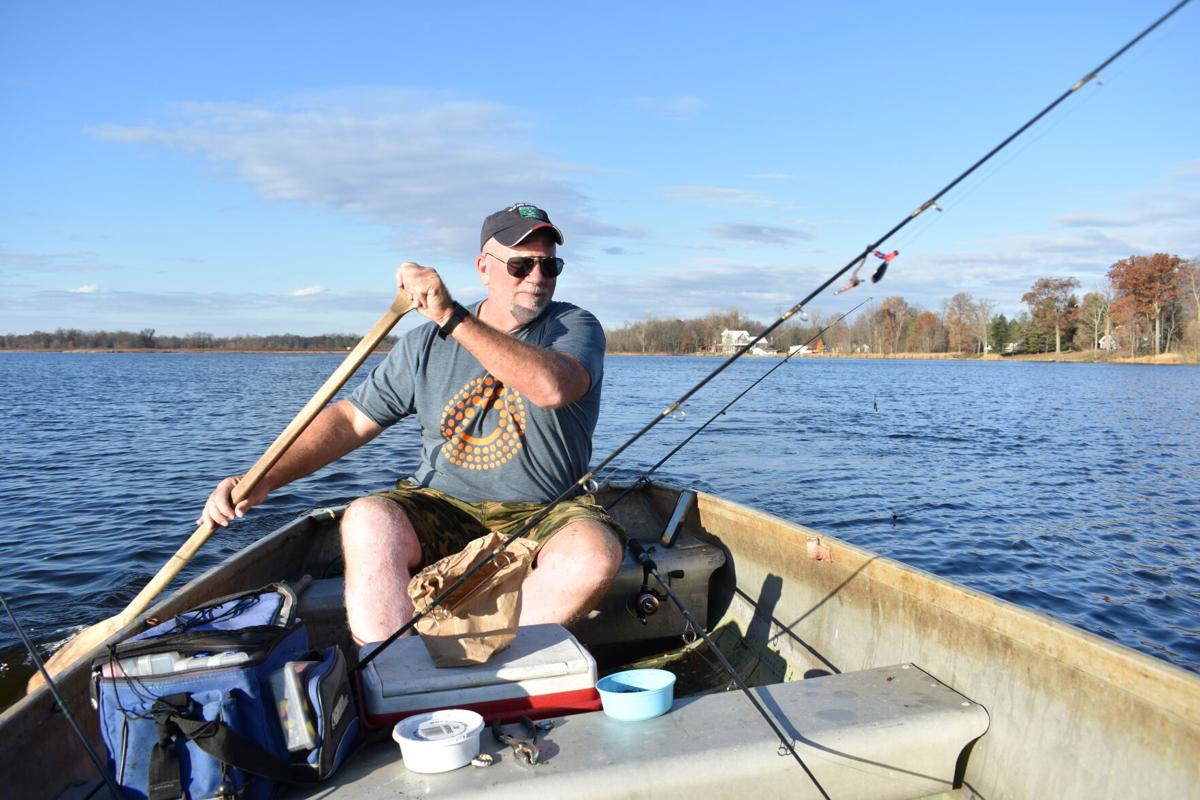 When the trolling motor battery died, Chris Freiburger had to take up the paddle.

Fishing with a long pole rewarded Chris Freiburger with a perch.

When the trolling motor battery died, Chris Freiburger had to take up the paddle.

MUNITH — In an ordinary summer, Chris Freiburger and I would have spent a couple of days, perhaps with a third person in the boat — often another former colleague from our days at the Department of Natural Resources — trolling for bluegills.

It is a simple, productive and relaxing way to fish, the kind of thing that you can do in the evening while enjoying a barley soda or two. And though we scheduled such an event several times this summer (we were going to take Dave Kenyon, the retired long-time DNR photographer with us) we never got it done. Some conflict — usually bad weather — always intervened.

Fast forward to the Sunday before (firearms) deer season opened. The weather was more like June than November. Freiburger and I decided to give it a try. And though the technique is mostly a summertime approach, we figured that maybe it would work. So we found ourselves on the small southern Michigan lake where Freiburger lives.

We would be handicapped by our gear; Freiburger had already winterized his boat for the season, so we dragged a 14-foot aluminum rowboat to the shore and set off without the usual accouterments — like a depth finder or rod holders — that make this style of fishing a lot easier.

Both Freiburger and I have been fishing this way for about a decade now and one of the most intriguing characteristics of the pattern is that it works just about anywhere on the lake. You do not have to follow a bottom contour or hug the edge of a weed line or pay any attention to structure elements. The fish you are targeting are in open water and are generally ignored by other anglers. Maybe that’s why it works so well.

So with the thermometer showing 73 degrees at noon, we started trolling. We were using Bo’s Bluegill Busters — small worm harnesses, dressed with a red worms, that we both swear by. Because we didn’t have rod holders we were limited to one rod apiece; typically we’d fish four rods total with four different weights, until we found the depth that produced best. I started with a light (1/16th) ounce weight; Freiburger with a 1/8th. And after an hour we’d had one bite, which we surmised was a pike as it liberated the harness immediately.

We changed weights and tried to maintain a slow troll — ideally, you want to troll about one mile an hour, sometimes a little slower in cold weather — which was tough with no depth finder (and therefore no speedometer). And though we occasionally wound up in the weeds, which were surprisingly high and surprisingly green given the lateness of the season, we kept at it for another hour with nothing to show for it.

So I punted; I called my buddy Denny Hettig — who taught me the technique and who makes the harnesses we used — and asked for advice. He gave me two options: either ditch the weight and clip on a bobber and troll over the tops of the weed beds, or add more weight and get down on the bottom in the deepest water we could find — which again was a guess as we had no depth finder.

We went with the latter (as we hadn’t brought any bobbers). And after a few minutes of trolling, Freiburger scored, catching an eight-inch crappie, which is about the size of the mature fish in this lake as it suffered a serious fish kill five springs earlier.

Now the smart thing to do would have been to go to a more crappie friendly bait — like a jig or a Roadrunner — but we hadn’t brought any. There’s a lesson there, one we both know, but ignored: Be prepared. And about that time the battery gave out and Freiburger had to paddle us in to shore to get another battery.

By the time we got in, it was getting up in the afternoon and we had maybe 90 minutes left to fish. So when we got ashore, Freiburger suggested we switch gears and go to just old-fashioned worm dunking. Freiburger grabbed a long telescoping fiberglass pole — the modern equivalent to a cane pole — and I grabbed a rod with a bobber and we went to a spot, with lily pads and cattails, where Freiburger typically fishes in the spring.

We fished a bit longer. Freiburger hooked but lost a nice ‘gill, then caught a perch. It started to get dark. The bite totally died.

We wound up with nine panfish, enough for Freiburger and his gal pal to have dinner, but not much to brag about given we had about five and a half hours into it. Still, we were on the lake in November, in shorts and shirtsleeves, having a good time.