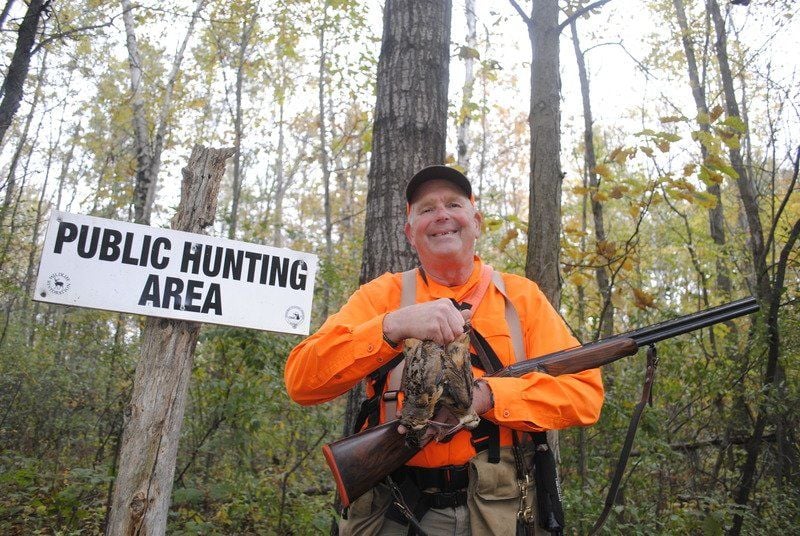 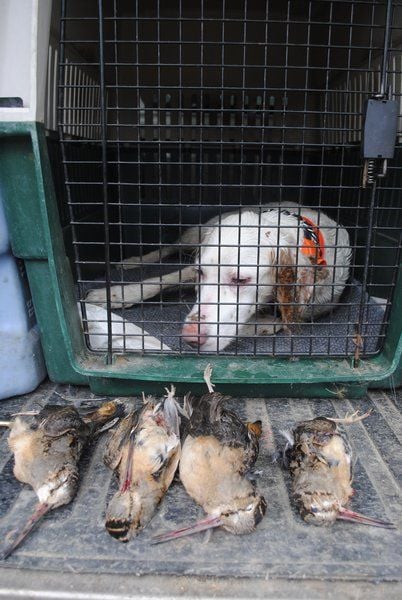 Rub checks out some woodcock taken in southern Michigan. 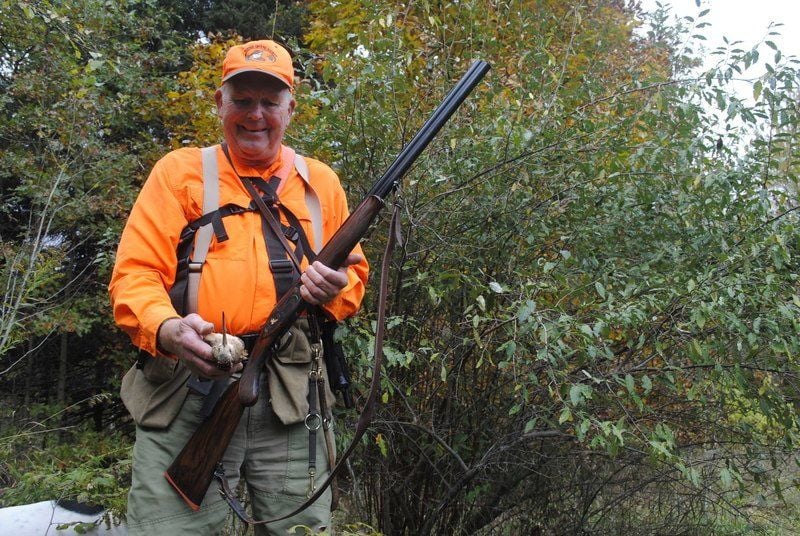 Chuck Riley emerges from an autumn olive thicket with a woodcock. 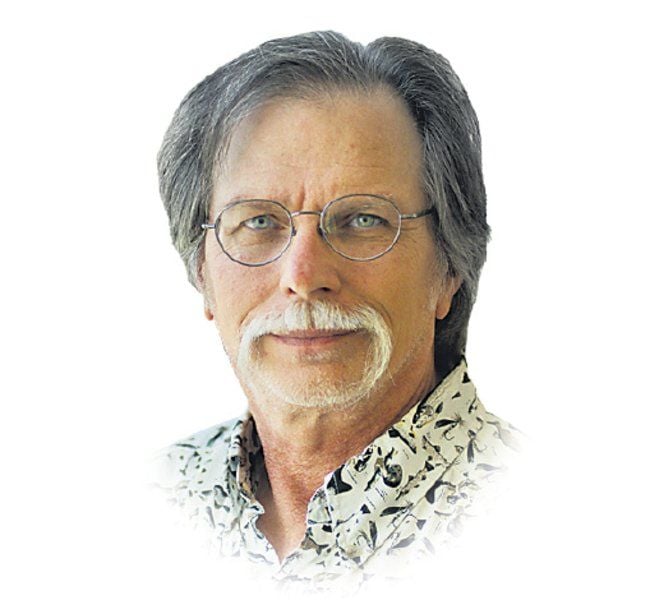 Rub checks out some woodcock taken in southern Michigan.

Chuck Riley emerges from an autumn olive thicket with a woodcock.

We hadn’t been on the ground more than 10 minutes or so, when the hawk screech on one of the dogs’ collars kicked in. Chuck Riley went right into the thicket — mostly willow, but there was plenty of other brush around — and as I tried to maneuver into position, I heard him yell, “Woodcock.”

The bird towered out of the just higher-than-your-head brush and went back away from us. I caught a glimpse of it, swung and, as my shooting iron found a tiny opening in the thicket, pulled the trigger. The bird dropped to the damp earth.

I would have made the odds of my making that shot at, oh, maybe 10-1 against. I had a window Twiggy couldn’t have slipped through and no time to make a decision. But, on the other hand, that’s when I do some of my best shooting, instinctively when I simply react. Many years ago, when I was writing a story on a fairly well-known shooting coach, he told me that good wing shooters were like gunfighters: They don’t think, they just shoot.

But it was the start of something good. My next two shots — one was an easy, slow-developing situation, the other was a similar case of just reacting — were also successful and I was done for the day about an hour into it. That’s not all that unusual when you run into a good concentration of timberdoodles, but what was unique was our locale; we were south of M-57 on a state game area.

Woodcock are known as birds of the north woods and there’s no doubt that your odds of finding good numbers of them increase as you get north of, say, Houghton Lake. But when you consider that woodcock are critters that largely winter in the Gulf Coast states — Arkansas is pretty far north for wintering woodcock — well, then southern Michigan is pretty much the north woods, isn’t it?

I first became aware of southern Michigan’s woodcock opportunities about 40 years ago, when, on opening day of pheasant season, I ran into a handful of them in the woods at the end of a long sweep across a tall grass field. We’d only flushed one bird that morning and frankly, it didn’t seem like enough, considering the quality of the cover — so I suggested to my buds that we push a little into the woods (which were young and brushy) just in case some of those pheasants had their track shoes on. We didn’t find any pheasants there, but we found the woodcock.

I figured they were flight birds, migrants from further north that were making their way south for the winter. These days, I often find woodcock in southern Michigan during pheasant season. But Riley opened my eyes to the fact that there are plenty of woodcock around even before the flight birds make their way down.

I’ve been hunting with Riley, whom I’ve known for many years but never went afield with until relatively recently, a day or two every fall for the last several years. Riley concentrates on state game areas, many of them so small they barely show up on the map and you wouldn’t know they’re there unless you were paying attention. Generally, Riley starts hunting these areas on opening day and continues right on through the season (though he does go north on occasion, too). We always kill birds, not always limits, but often that’s because of less-than-stellar shooting, not a lack of opportunities.

As Riley puts it: “Why would I drive 150 miles to hunt woodcock when I can find a limit of birds within 50 miles of my home (near Lansing).”

We spent 45 minutes with dogs on the ground at our first stop. We flushed six woodcock and killed two.

“I would say there are no flight birds here yet,” Riley announced. “This about how many I’ve been finding here.”

Our next stop we were on the ground for an hour. We flushed 10 birds, killed three. Here, we found a handful of birds in the usual thick stuff, but a pair of them — including two of three we killed — came from some taller, older, more-open woods along the side of the road. These birds, Riley said, were likely flight birds that arrived recently and hadn’t settled into classic habitat.

But then, what is classic habitat? To probably 90 percent of hunters, it’s young aspen. But if you’re looking for young aspen stands in southern Michigan you are going to do a whole more looking than finding. There just isn’t a lot there. What makes good woodcock habitat is stem density and it can be anything — autumn olive, willow, honeysuckle, whatever. It doesn’t have to be aspen.

Being one bird shy of our limit, Riley selected a third spot. We jumped out of the truck, let the dogs go, and within minutes all three — Riley’s pair of shorthairs and my setter — were locked up on point in a thick patch of honeysuckle. Riley stepped in, killed the bird, and we were done.

Summing up? Less than two hours on the ground, 17 flushes, two limits of birds, a good 50 miles SOUTH of where most guys would even think about woodcock hunting.

Who’s got it better than us?