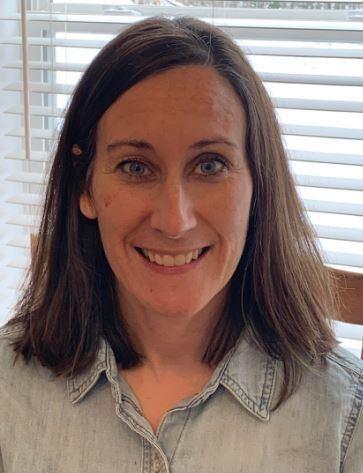 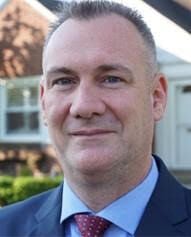 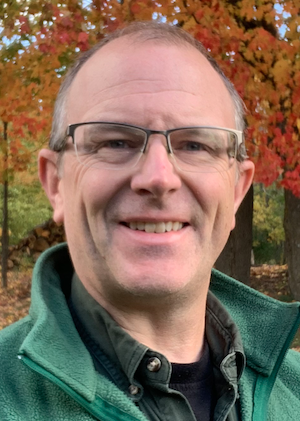 TRAVERSE CITY — Virtual interviews aren’t ideal get-to-know-you venues, especially when most everyone else had the extended conversational runways of an election season — either before or during the COVID-19 pandemic.

But Traverse City Area Public Schools Board of Education members have only 30 days to fill the open seat after trustee Pam Forton resigned from her post in late November, leaving the current board with a two-year interim term — and an initial crop of 14 candidates.

Amy Collins, Jeremy Henner, Andrew Raymond and Nicholas Roster made the cut when trustees narrowed the field last week, and so will appear separately and virtually before trustees vote.

The meeting, also virtual and available on the TCAPS website, is slated to begin at 6 p.m. on Monday.

Here are the finalists:

Education practices are attempting to adapt to the restrictions and precautions of a global pandemic.

Collins sees her involvement on the board as an opportunity to create better awareness and understanding about COVID-19 and how educators and decision-makers can — and maybe should — approach it. Her 22 years of experience as a nurse gives Collins something the board does not currently have, the presence of a healthcare professional.

Collins said she can read the research with a medical knowledge that provides understanding of the universal precautions that need to be taken, infection prevention and the ramifications of COVID-19 among all age groups from “pediatric to geriatric.”

She expects to be involved with conversations with health department officials as well.

As COVID-19 vaccines become more widely available, Collins said her connections within the community allows her to hear people with concerns.

Collins understands there are people that fall on both sides of the debate — and some in the middle — about COVID. She feels ready to communicate openly with parents and others who reach out about their concerns.

“I could be a good voice to help decipher what is true and what isn’t true,” Collins said. “That will help the school district provide parents with accurate information regarding COVID, treatments and recommendations.”

Collins, a 45-year-old mother of three children in TCAPS, has a stake in the measures the district takes to keep students and staff healthy. She said the opportunity to have input in the decisions surrounding the schooling of her children is an exciting prospect.

Collins said TCAPS did a good job of coordinating and offering both in-person and virtual education. She said keeping those options open is important and allows families to choose based on their needs, their level of risk and their exposure to other people.

“Allowing families to make that choice for themselves is key,” Collins said.

Although the pandemic was a big reason in her decision to run, Collins said she has researched more about how a board of education and a district operates. Collins said she’s taken a particular interest in curriculum and school policy.

“I’ve really gotten into trying to understand the whole structure of schools,” Collins said. “I just want to provide input on that.”

Henner comes into Monday with the most support from the board, having received a vote for a finalist interview from each of the six trustees.

But as Henner said Friday, “Anything can happen, right?”

The 49-year-old United States Air Force retiree is hopeful some of the issues that were brought up during the public comment portion of the Dec. 14 meeting will be discussed Monday. If the questions are tailored toward those, Henner believes he can make an even better case for being appointed.

“If they dig a little deeper, I hope they ask the questions people want answers to,” said Henner, who has a second grader in TCAPS and a grown son.

“I don’t think the composition of the board should be put together like that,” Henner said. “You want the best people to best serve.”

Trustees lauded Henner’s commitment to service, pointing to his 30 years in the armed forces. Others valued his legal background. Henner served in the Wayne County Prosecutor’s Office and was the chair of the military and veterans law section of the Michigan State Bar.

That skill set, Henner said, allows him to parse through law and figure out how to use it as a guideline.

The TCAPS board, as well as President Sue Kelly, are both being sued by the Record-Eagle for alleged violations of the Open Meetings Act and the Freedom of Information Act. Henner does not expect his legal background to help with that.

“TCAPS has an independent attorney they’ve already commissioned and retained who is working on that. That’s very much between them,” he said.

Henner believes he has the time and commitment to serve the board and can do so as a neutral party focused on teaching and learning.

The selection was “humbling,” Raymond said.

Raymond moved to Traverse City shortly after the unexpected resignation of former Superintendent Ann Cardon. Raymond is aware of the controversial exit, the Record-Eagle lawsuits and efforts by some in the community calling for more board transparency.

Raymond wants to see the board move away from being political and focus more on being a “service board” with students, faculty, staff and families as the priority.

“If you can go into any discussion about any decision with those three groups in mind and attempt to do what’s best for all three of those — at times there are going to be conflicting priorities — but if you have that in mind, you’ll do the right thing,” he said.

Raymond believes he has much to offer when it comes to dealing with the pandemic. He serves as an administrative director and the chief financial officer for Kalkaska Memorial Health Center.

That healthcare perspective could be invaluable to a school board reviewing and approving COVID protocols every month.

“I’m not a clinician, but I’ve been in meetings about COVID every day of the week for the last 10 months,” Raymond said.

Raymond has board of education experience as well, having served as an interim on the Elk Rapids Public Schools board for 18 months. He said he does not consider himself a “school board expert,” but he understands how a board functions, school finance and district operations.

The time commitment is something Raymond said he is prepared for, despite a comment from current trustee Ben McGuire who said he “feels sorry” for the appointee. McGuire said whoever is selected might not know what being a board member entails in the current environment.

“Obviously this is an extremely challenging time for everyone as far as the past 10 months with the pandemic,” Raymond said. “All of their decisions are put under an extreme microscope.”

Roster isn’t far behind Henner in terms of board interest, having received five votes. He does have the educator background several trustees said is an asset.

Roster is an instructor at Northwestern Michigan College and also sits on the the institution’s curriculum committee and is its assessment coordinator. If chosen, Roster could find himself on the TCAPS curriculum committee. There have also been questions in the public education sector about the value of standardized testing during a pandemic that changed the face of education.

The 51-year-old said educators need to look at different ways to assess students beyond the 4.0 grade scale, which he called “pretty limiting.” Roster has two children in TCAPS.

“We’re well into the 21st century now, but there’s a whole field called 21st century learning, which is beyond the curriculum we normally think of — math, science, humanities. It’s making students well-rounded individuals,” he said.

A perspective on education outside of K-12 is important, Raymond said. His connection to NMC could further the college’s relationship with TCAPS.

“There’s already a lot that goes on between TCAPS and NMC, but that can be greater. They can be a greater influence on each other,” he said. “ Having that bridge between us would be a really important role for me.”

Roster also took McGuire’s statement and the statement from trustee Jane Klegman about the learning curve of being a new trustee. As a teacher, Roster said he is always learning and continuing his own education.

The learning curves are not intimidating, Roster said, they are “an opportunity to expand more, learn more, put yourself to good use.”

“Any job that you’re in, it’s really easy to stop growing,” he said. “You’re where you’re at. You’re comfortable with what you are and what you’re doing. But it’s important to continue growing and have those outside influences on what you see and do.”

Roster agrees with Raymond that the board needs to return to a service role, and he expects change on the board to do just that.

“I wasn’t here when that all went down. I didn’t do it, so that outsider perspective might move things in a better direction,” he said. “The board needs that.”