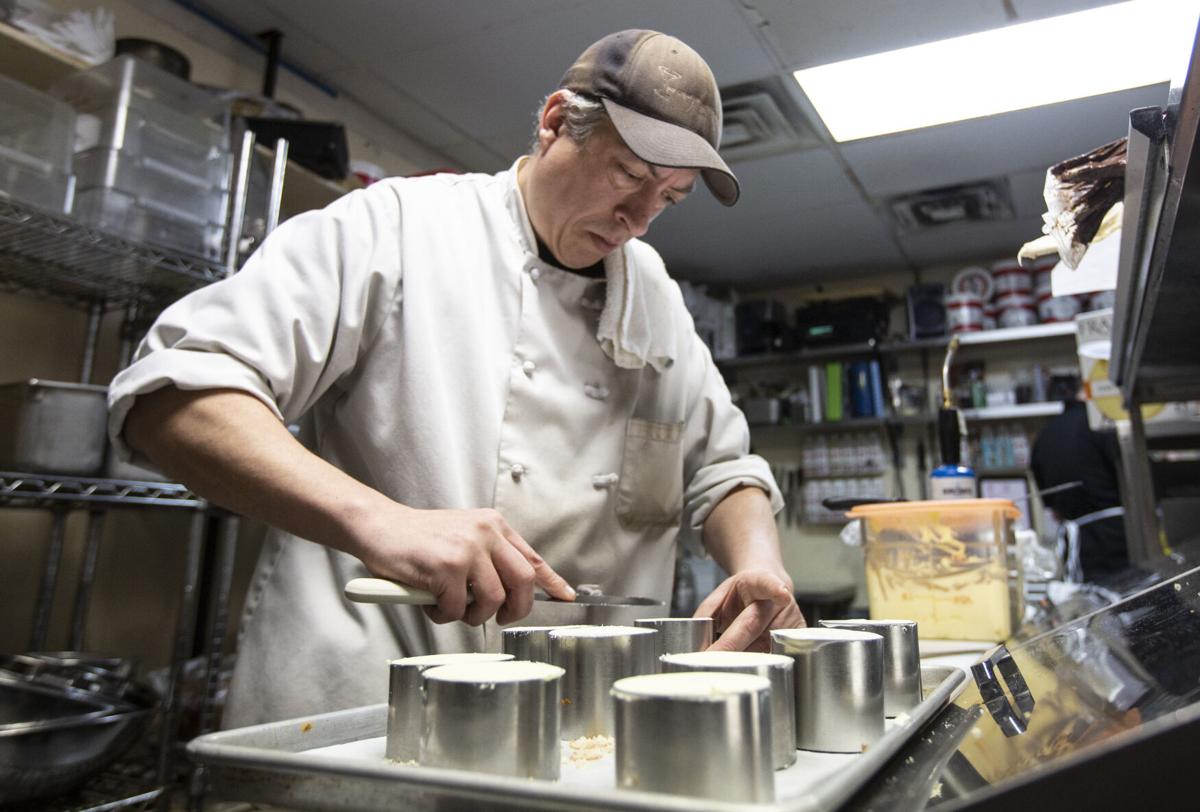 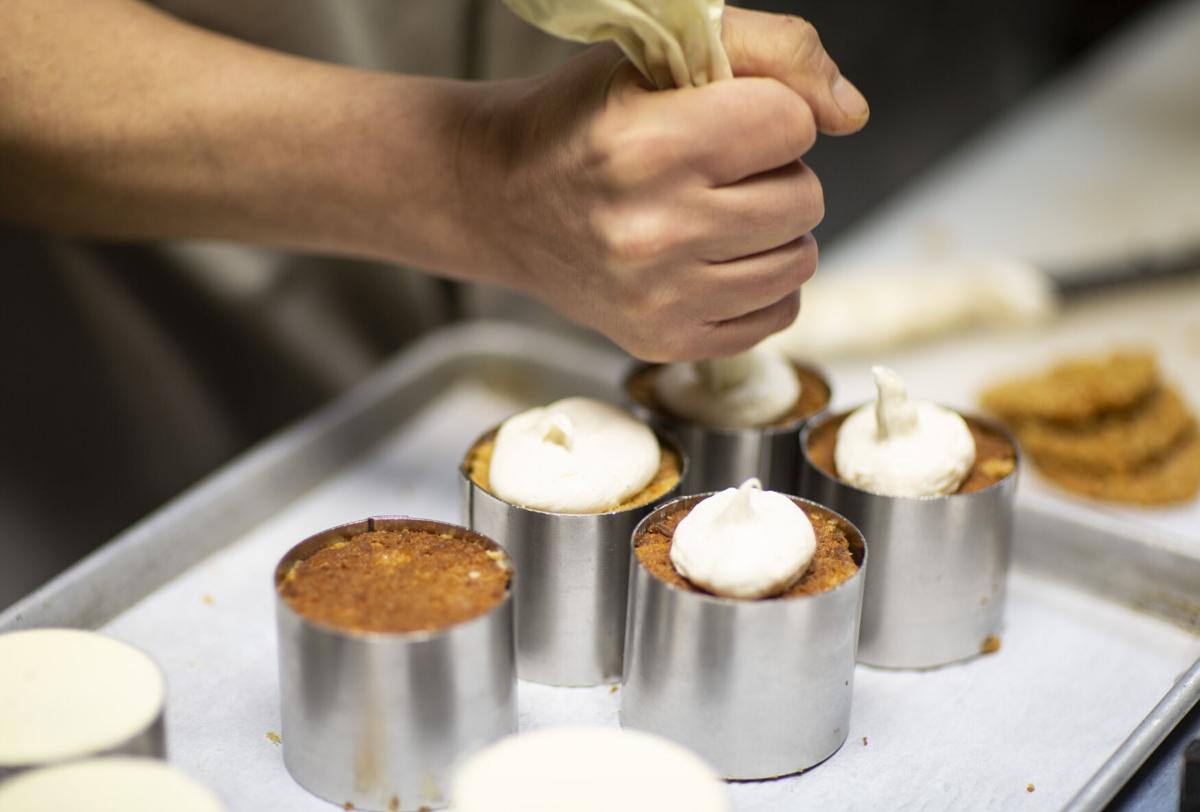 Cory Luna praises consistency as an important trait in pastry-making. 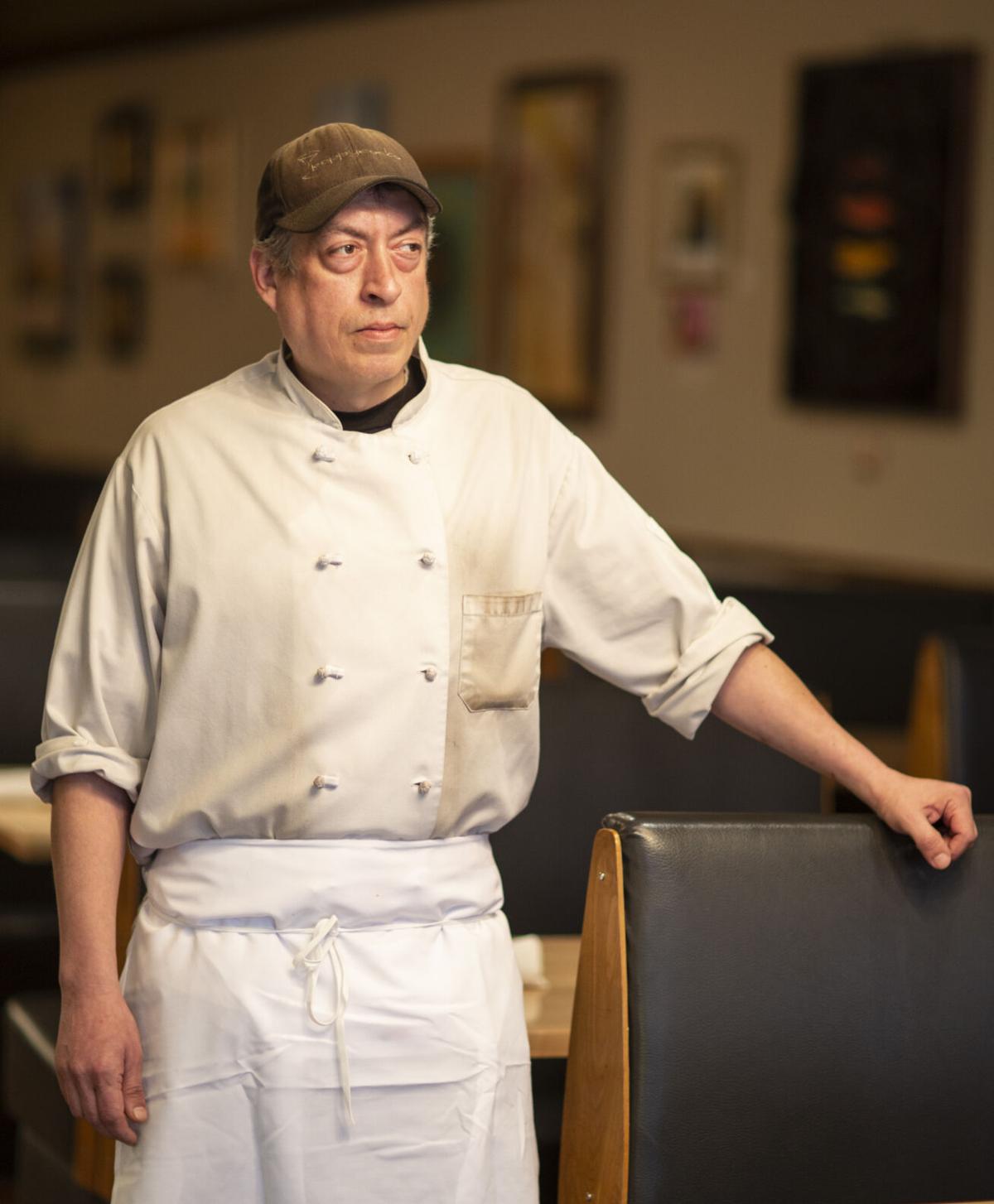 Cory Luna, at Poppycocks in Traverse City, once cooked for singer Tony Bennett.

Cory Luna praises consistency as an important trait in pastry-making.

Cory Luna, at Poppycocks in Traverse City, once cooked for singer Tony Bennett.

TRAVERSE CITY — Some artists chisel masterpiece after masterpiece out of marble, while others leave their strokes of genius on canvas.

Artist Cory Luna uses a most unique medium — sugar and spice and everything delicious.

The 45-year-old pastry chef at Poppycocks of Traverse City goes to work every morning before the sun breaks over the eastern arm of Grand Traverse Bay, where he prepares a variety of taste bud-teasing sweet treats for his customers.

“You know, everybody likes sugar,” he said. “And everything has to be fresh.

“I like having a lot of time to myself in the kitchen. It gives me time to have some creative freedom to make some new things, and a lot of times they work out well.

“Consistency is absolutely one of (the most important things I’ve learned about this business),” said Luna, who previously worked at Mariphils bakery where he “learned most things pastry,” and also at the Windows restaurant where he continued to work and train under various chefs.

“Phil Murray, the owner of Windows, influenced a lot of what I do — my drive for excellence,” he said. “And Craig Lukowicz was the pastry chef who trained me.

“I’ve always had an infinite (appreciation) for deserts. I was working at Windows when they opened a bakery and asked me if I wanted to go over there and help open it, and I said yes. From there on, I became what I am today.”

Luna quickly learned, “... don’t serve a product you’re not going to eat, yourself, and if you’re going to make something, you better make it the same way a second time, and a third time — and it better be good.”

What might be the most challenging part of his job?

“Oh, that’s easy,” he said, “it has to be the hours — go to bed so early and get up so early. When all my friends are having dinner, I’m going to bed. I’m having dinner with my grandparents.”

Growing up, Luna’s favorite dessert was German chocolate cake. His favorite today, he said, “just might be a Napoleon.”

Luna said Poppycocks’ all-seasons signature dessert is a sweet serving of Sticky Toffee Pudding — his own personal masterpiece, to be sure.

Of all the memories working in his chosen profession, one stands out.

“There’s a lot of them,” he said, “but how about cooking dinner for Tony Bennett in Glen Arbor? I just remember I was cooking in the rain because we had set up for catering and we had everything set up outside.

“As far as I know, he liked it. He thanked everyone, afterward.”

And his worst memory?

“That’s easy, too,” he said, “hitting a deer on the way back from a catering event.”

Luna is happy to share his baking/cooking advise with others — “read a recipe fully before beginning preparation,” he said — and is even willing to share his recipes:

Preheat oven to 350 F. Combine 8 oz of butter with the cream and brown sugar into a pot and bring to a simmer. Whisk while you prepare the pudding.

Bring 1 cup of water to a boil and add to the 1 cup of dates with the baking soda. Cream 4 oz of butter with the 1 cup of granulated sugar. Add the egg and vanilla.

Sift in 1 cup of flour with the baking powder. Combine and then add the dates. Use the remaining butter to grease your 9-inch cake pan and dust with remaining flour.

Bake for 25-30 minutes or until a deep golden brown. Toothpick test works here. Remove and let cool. Remove from pan and cover with the brown sugar glaze. Serves 6-10 people.