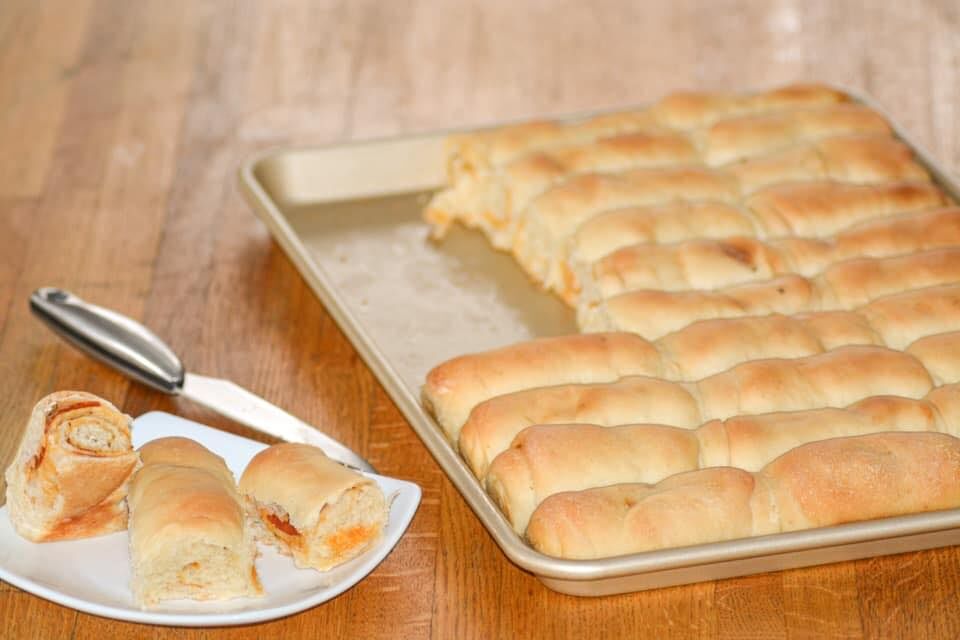 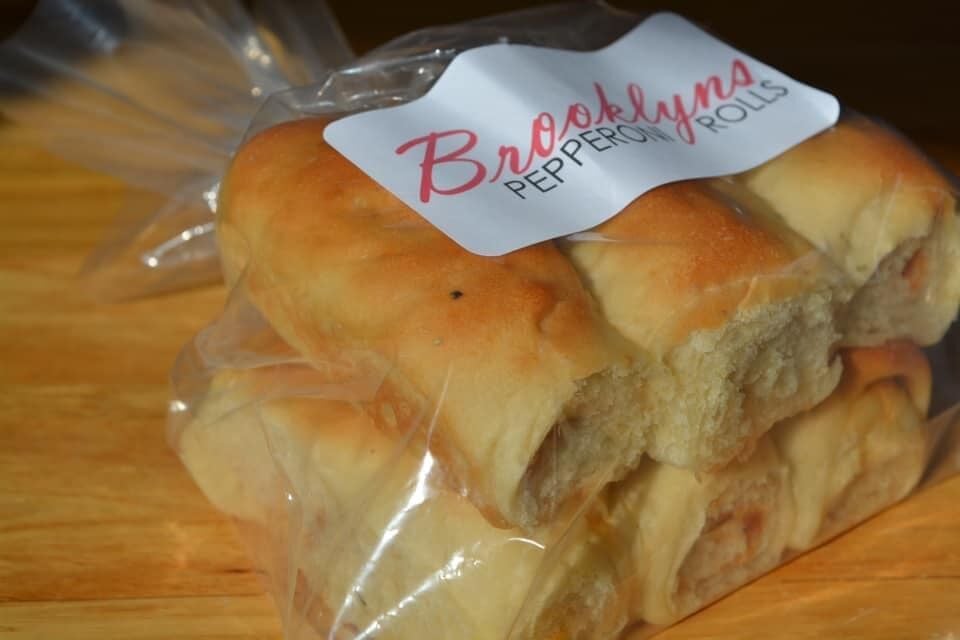 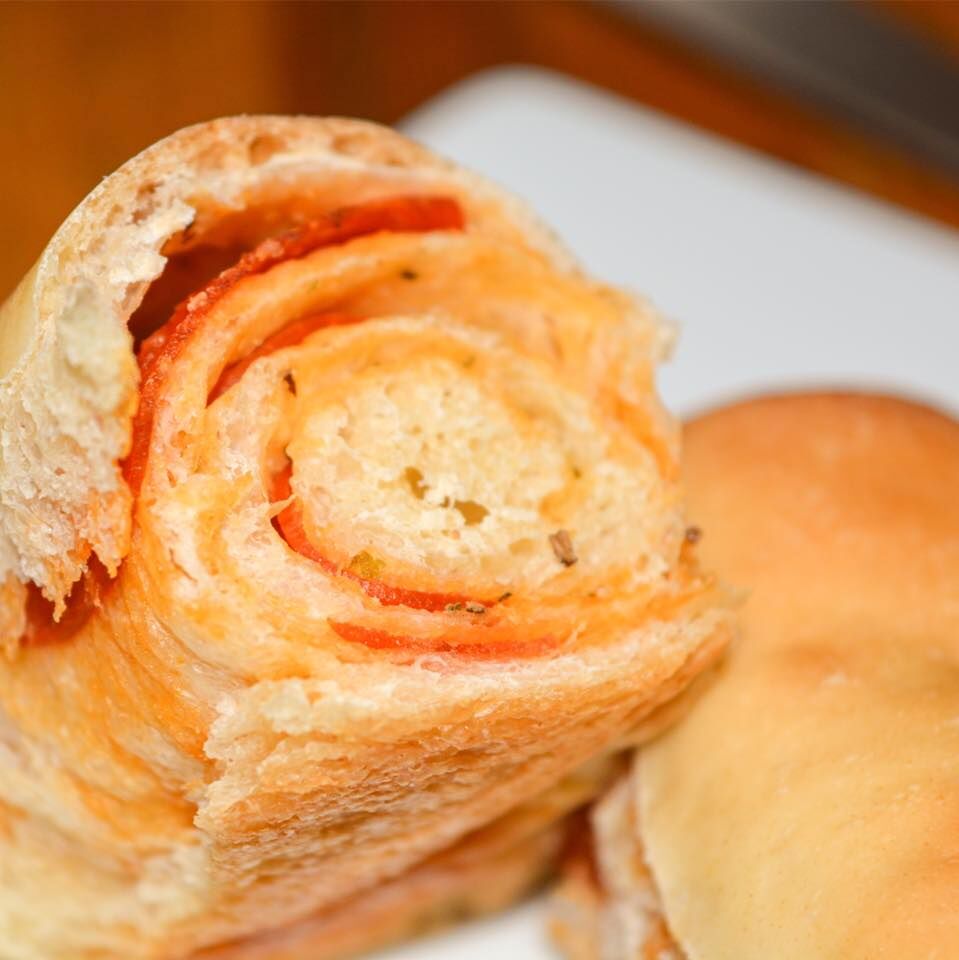 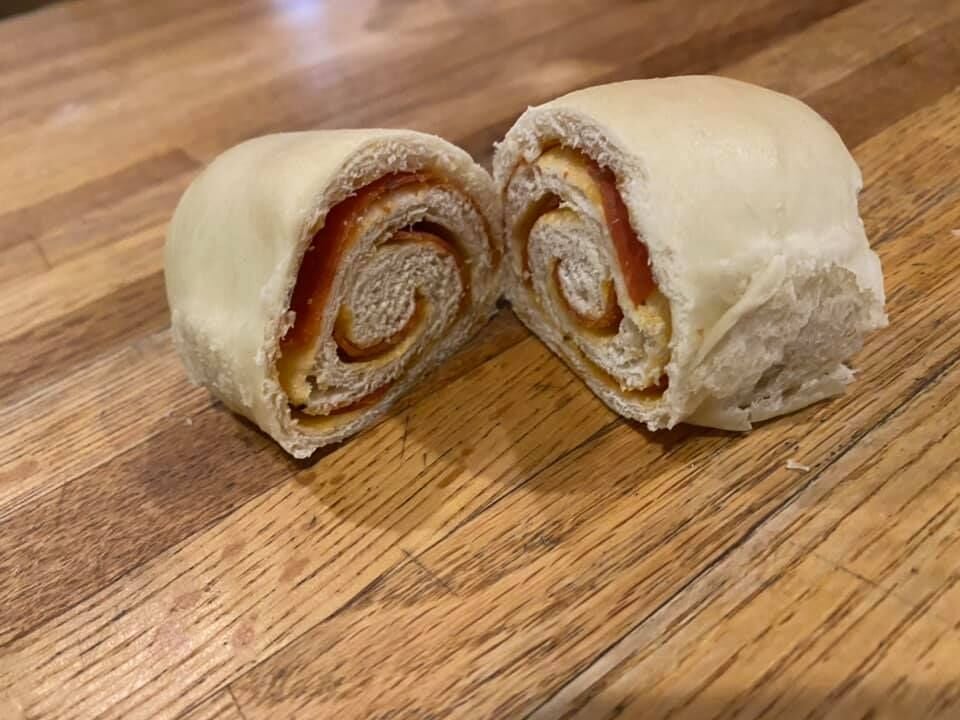 A pepperoni roll made with mostly organic, dairy-free ingredients by a local family.

A pepperoni roll made with mostly organic, dairy-free ingredients by a local family.

“This is like Brooklyn’s diploma,” said Megan Hall, who also runs a cabinet company with her husband. “She graduates with an operational business. My parents opened businesses. That’s how I was raised.”

Hall said the pepperoni rolls are from her home state of West Virginia. Italians brought these grab-and-go items to the area, and her family developed their own recipe.

Though her daughters initially hesitated to take their staple food outside the home, they tweaked the recipe a little to share with the Traverse City community.

“It was created as a food that was easy to eat, without utensils,” Megan said. “We’re keeping it simple. We wanted to share what we love and introduce where we came from.”

The ingredients, she said, are dairy free and mostly organic except for the pepperoni, which poses a challenge.

The process begins with a double-rise dough, which gives the yeast more time to work and gives the dough a softer texture.

Megan and Brooklyn spend all day in the kitchen, baking and assembling the rolls. Each contains eight slices of pepperoni and seasonings.

Megan suggested taking the rolls on a hiking trip, adding to a meal instead of breadsticks or adding toppings to enjoy on its own.

“It’s a nice balance,” she said. “It’s a snack that has carbs and protein.”

Christy Petrini purchased from Brooklyns Pepperoni Rolls several times, including for her coworkers at Mercedes-Benz of Traverse City. She said she only heard positive comments, so she plans to order more in the future.

Petrini said it makes an easy and delicious lunch.

“Just pop them in the microwave or oven,” she said. “I’ve thrown some cheese on them before. It’s a unique little sandwich. There’s nothing like that around.”

She added that she hopes to visit the storefront soon to acquire more, and in the meantime, she will continue to tell everyone about them.

“It’s awesome how her and her daughter do this together,” Petrini said. “I admire their hard work. They’ve been in the community a long time, and this is great for them.”

The Halls started making and delivering the rolls in February, but Megan said they needed a physical space to expand their operations.

“It’s a great place for us to grow out of our small, home-based business,” she said. “We’re excited about doing it together.”

Currently, Brooklyns Pepperoni Rolls makes fresh and frozen rolls for pickup every Tuesday. They aim to switch to regular hours as soon as possible, but Megan said for now people can follow the Facebook page for updates.