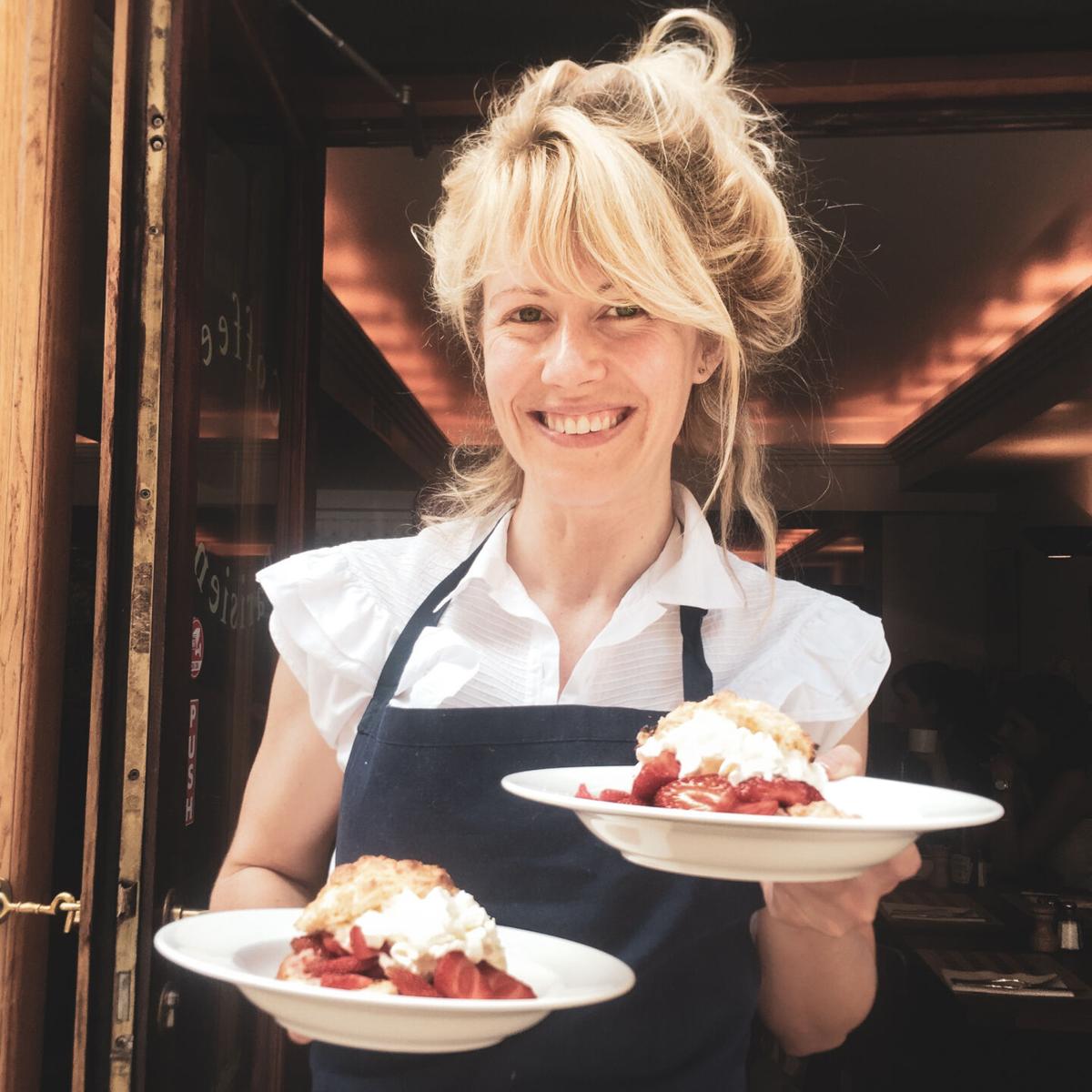 Carrie Solomon, a Traverse City native, is a chef consultant in France. She recently released the book “Chefs’ Fridges,” which includes photographs and interviews with cooks, like Gregory Marchand. 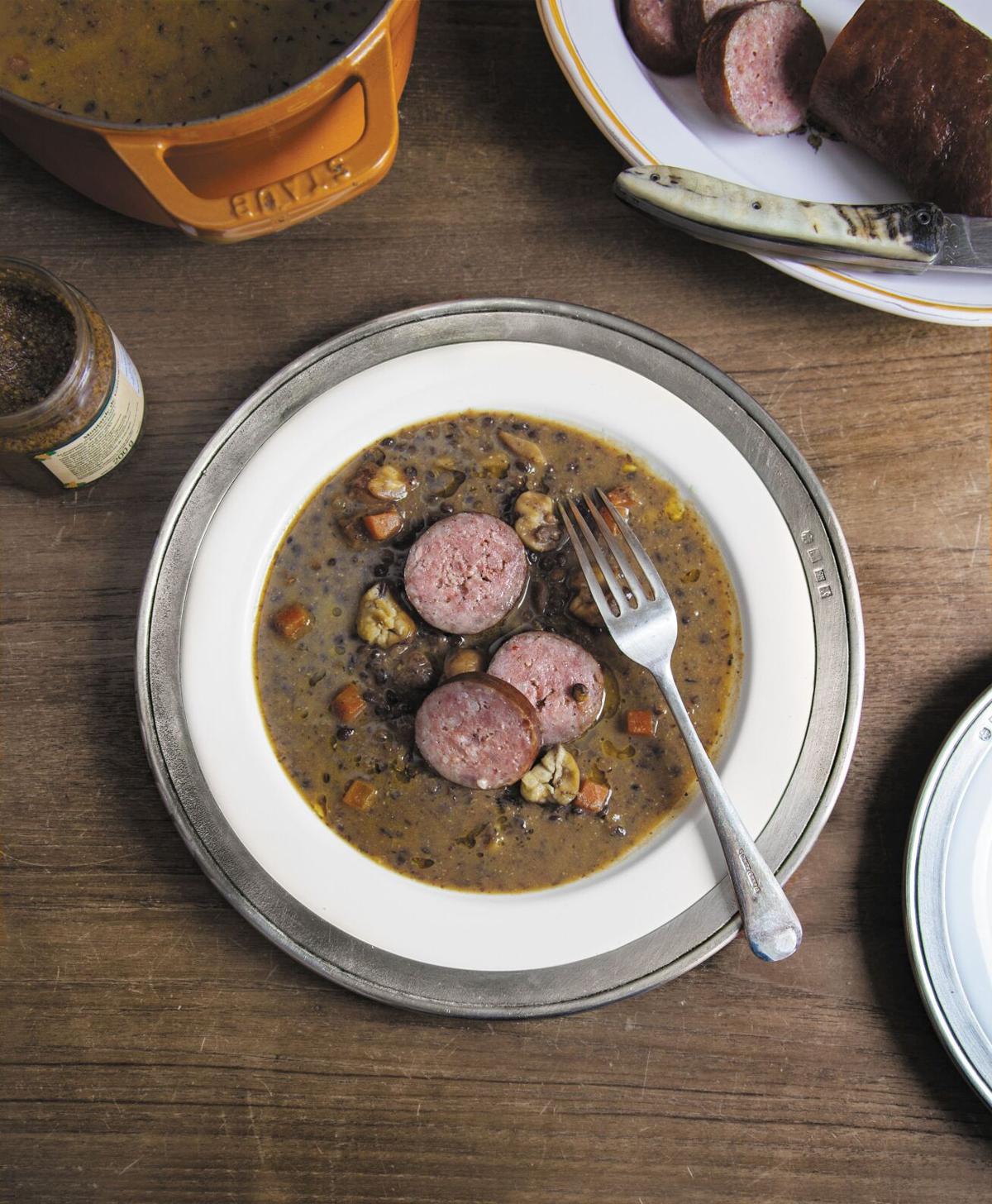 Carrie Solomon, a Traverse City native, is a chef consultant in France. She recently released the book “Chefs’ Fridges,” which includes photographs and interviews with cooks, like Gregory Marchand.

PARIS, FRANCE — Carrie Solomon only planned to stay in Paris for one year to complete her master’s degree at Speos University, a photography school.

Nearly 20 years later, the Traverse City native considers herself a Parisian and American. She works as a chef-consultant, helping create restaurant menus.

“I’ve always been drawn to restaurants and food,” Solomon said, noting that her first job was at Poppycocks in Traverse City.

In the spring, Solomon published her book “Chefs’ Fridges,” in which she captures European and American eating habits. She conducted interviews — which involved traveling to about 35 chefs’ homes — and took the photographs. Each segment also includes background information and a recipe or two.

“I met with them often for lunch, sometimes with their kids,” she said. “Most of the chefs I didn’t know already, especially in the U.S. Each time was totally different.”

Solomon said the process was exciting and challenging. One thing she discovered was some American chefs owned multiple or larger fridges than their European counterparts. Appliances ranged from walk-in styles to an under-the-counter fridge.

“In general, in the U.S. everything is just bigger,” she said of the bottles and other food containers. “In Europe it’s all the same size — made to fit in a fridge door.”

“She’s really known for starting the farm-to-table movement,” she said. “Her fridge is very green and healthy and organic. She doesn’t like to have a lot of plastic. She had a really poetic, really personal fridge.”

Other chefs like New Orleans-based Mason Hereford gave Solomon ideas. Hereford makes sandwiches with a cream cheese relish. Solomon said this is composed of whatever condiments are in the fridge — such as capers and peppers.

Kathy Solomon, of Traverse City, said her daughter Carrie was always interested in cooking and liked being near the kitchen while she prepared a meal.

She remembers one day when Carrie, then 12 or 13 years old, and her younger sister stayed home on a snow day. Kathy and her husband came home from work to find their daughters covered in flour.

“I could smell something really good,” Kathy said. “She had made an apple pie entirely from scratch.”

She said she preordered “Chefs’ Fridges” and eagerly started reading when it arrived. She admitted she almost read the whole text in one day.

“It’s a fun read,” she said. “I really enjoyed the backgrounds too of all the various chefs that are featured in the book.”

She added that her daughter is becoming more of a “culinary journalist” with an eye for photography.

Carrie Solomon graduated from Traverse City Central High School in 1998 and attended the University of Michigan before applying to photography schools.

Solomon said she started shooting portraits and fashion shows, but soon realized those areas were not right for her.

After turning in a colorful food photograph for an assignment, the teacher told her she found her calling.

She has published more than 20 books, most covering food and chefs. “Chefs’ Fridges: More Than 35 World-Renowned Cooks Reveal What They Eat at Home” is her first for the United States market. She co-wrote “Inside Chefs’ Fridges, Europe” with Adrian Moore in 2015.

Horizon Books sells the book; more copies will be available next week.

Sausage and Lentil Stew with Chestnuts

1. Sauté onions and garlic in olive oil in a medium-sized pot over low heat until translucent.

2. Add lentils, carrots, chestnuts, thyme sprigs, bay leaves and broth. Simmer for 5 minutes. Add sausage (whole) and simmer for 40 minutes or until the sausage and lentils are cooked.

3. Remove the sausage and let it rest. Remove and puree one-third of the lentils. Add pureed lentils back into the stew with the crème fraîche. Season with salt and pepper, red wine vinegar and stoneground mustard.

4. Slice the sausage, add it to the lentil stew and divide among four deep plates or bowls with mustard on the side. Serves four.

This recipe comes from Gregory Marchand, a Paris chef highlighted in Carrie Solomon's book "Chefs' Fridges." Marchand notes that this dish is one of his wife's favorites and can be made in advance of dinner.