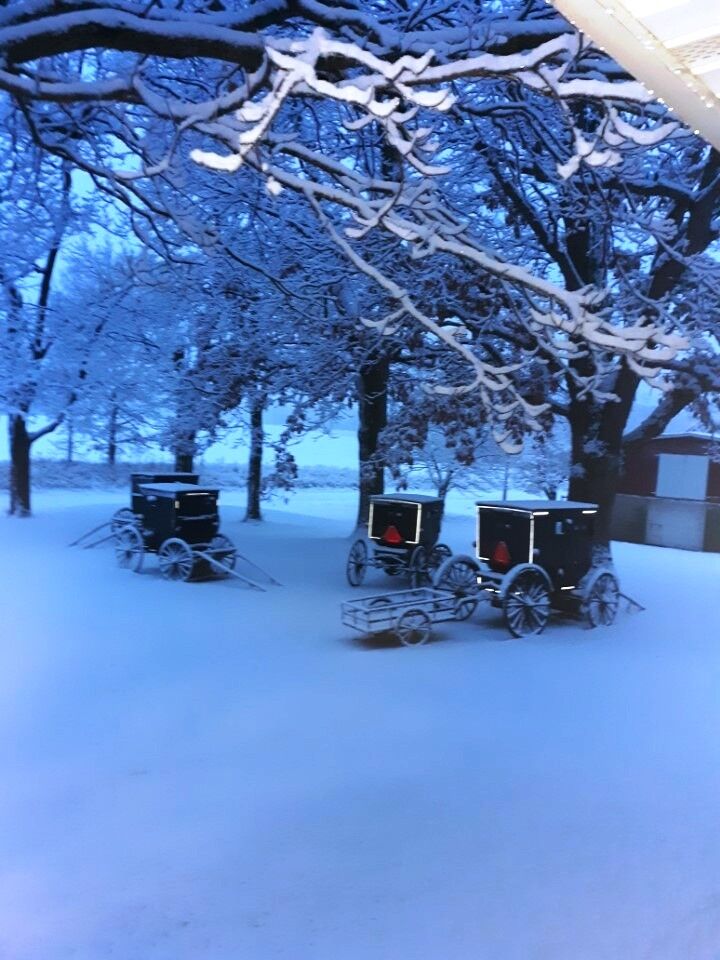 Fresh snow on Sunday morning at the Eicher household brings hope for the year ahead. 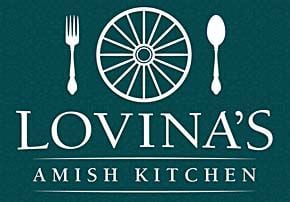 A brand new year is before us. What does it hold for us? It is so good we don’t know our future.

Saturday we decided to wash our laundry and also daughter Susan’s. We have a heated basement with lines in it so it’s nice to dry clothes in these cold winter months. We weren’t started too long when my husband Joe came to tell me we had a call from sister Verena to ask if I could come right away to help with sister Susan. Sons Benjamin and Joseph went with me. Sisters Verena and Susan live just down the road from us. When we got there, Verena said Susan was having bad stomach pains. This had been bothering her quite sometime already, but it was very bad to the point she could hardly walk. I asked her if it was okay if I called the ambulance to take her in to get help. She said it would cost too much but I told her that her life was worth far more than any amount of money. Susan was rushed to the hospital. Sister Verena and I went up with an Amish driver, following the ambulance. The doctors soon decided that she needed to be transferred to a bigger hospital over an hour away. Verena was able to sit with her until the ambulance came to transfer her. I was so glad one of the nurses let me go in to say a few words to her. A COVID-19 test was performed, which was negative. They told Verena if the test is negative she can sit with Susan. Sister Verena was told only she can visit Susan each day from noon to 8 p.m. Since it was after 8 by the time she was transferred, Verena and I came back home. Daughter Lovina, 16, went home with Verena for the night. Our daughter Verena was still staying with daughter Susan and children. Makes our house seem empty.

On Sunday sister Emma and Jacob went to the hospital with sister Verena so she could visit with Susan. Jacob and Emma couldn’t go in the hospital, so they had a long wait until Verena came out again.

They performed a CT scan and MRI, among other tests. Doctors said she was bleeding in her abdomen and suspected a tumor or a possible small aneurysm,but they said she was losing a lot of blood and had to give her blood.

Around 10:30 p.m. Sunday night, daughters Lovina and Verena were staying with sister Verena (daughter Susan and children stayed with us) when the doctor called to tell Verena to bring the family up as Susan is on life support and losing out fast. All my siblings and sister-in-law Nancy were contacted and rushed to the hospital. The six siblings were all allowed to go in to Susan. We talked and prayed with her, but she was sedated. It was still comforting to hold her hand and tell her we love her. The doctors told us to stay in the waiting room during the surgery (to try to stop the bleeding). They didn’t think she might survive the surgery. It was comforting for all of the siblings to be together.

Daughter Verena and a few of the nephews were also along. We prayed, visited, and cried together, not knowing what we would find out. The doctor came out to let us know the surgery was over and she would have one again in a few days to take out the packs they put in her to stop the bleeding. The siblings all got to go see her for a few minutes and then we were told to go back home. The visiting went back to only sister Verena from noon to 8 p.m. each day. It was 7 a.m. when we arrived back home.

Today (Tuesday) they had surgery again and were able to stop the bleeding. The life support is still on her.

Sister Verena goes to sit by her bed each day as is allowed. Then daughters Lovina and Verena take turns staying with sister Verena for the night. The other one stays with daughter Susan and children.

Daughters Elizabeth and Lovina and I assisted sister Emma in cleaning today as church services are set to be there Sunday, Lord willing! Thank you for all the prayers during this past month. God bless!

cubed ham or meat of your choice

salt and pepper to taste

Fill pie shell heaping full with potatoes, ham, and seasonings. Add water and place second crust on top. Cut slits in top crust to let steam escape. Bake at 350 degrees for 1 1/2 hours or until potatoes are done. Pie can be served with your choice of gravy.

Lovina’s Amish Kitchen is written by Lovina Eicher, Old Order Amish writer, cook, wife, and mother of eight. Her newest cookbook, Amish Family Recipes, is available wherever books are sold.Readers can write to Eicher at PO Box 1689, South Holland, IL 60473 (please include a self-addressed stamped envelope for a reply); or email LovinasAmishKitchen@MennoMedia.org and your message will be passed on to her to read. She does not personally respond to emails.