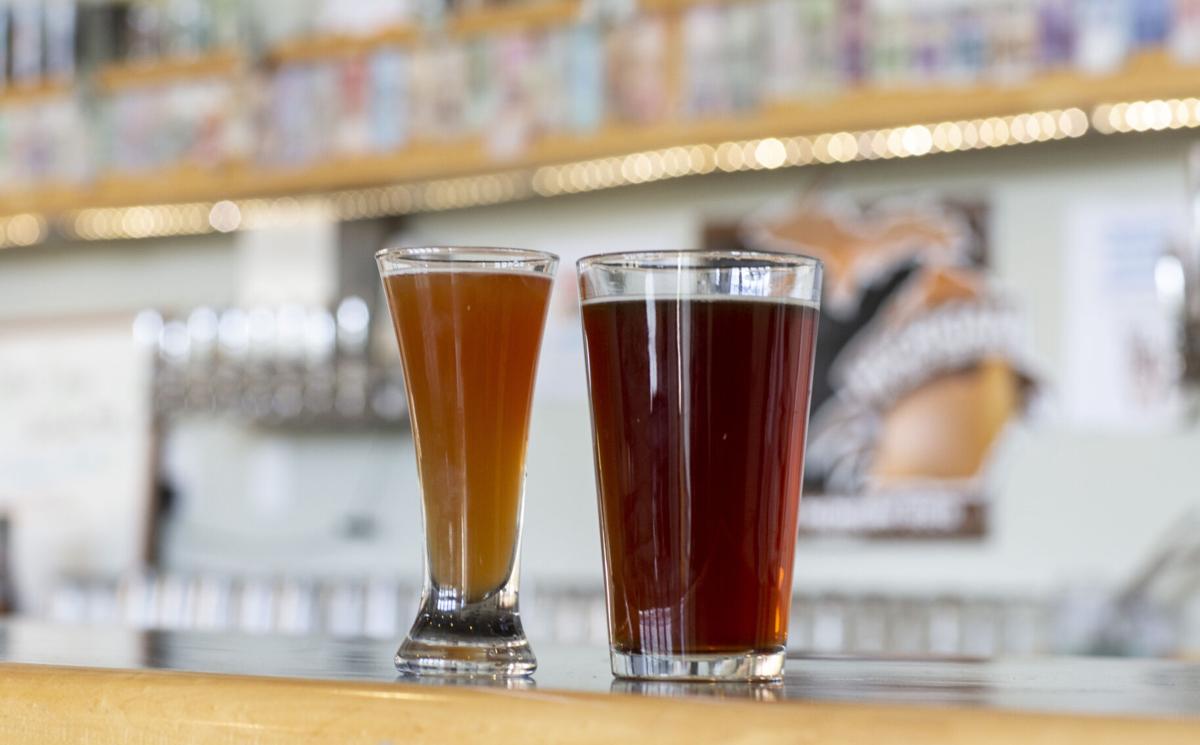 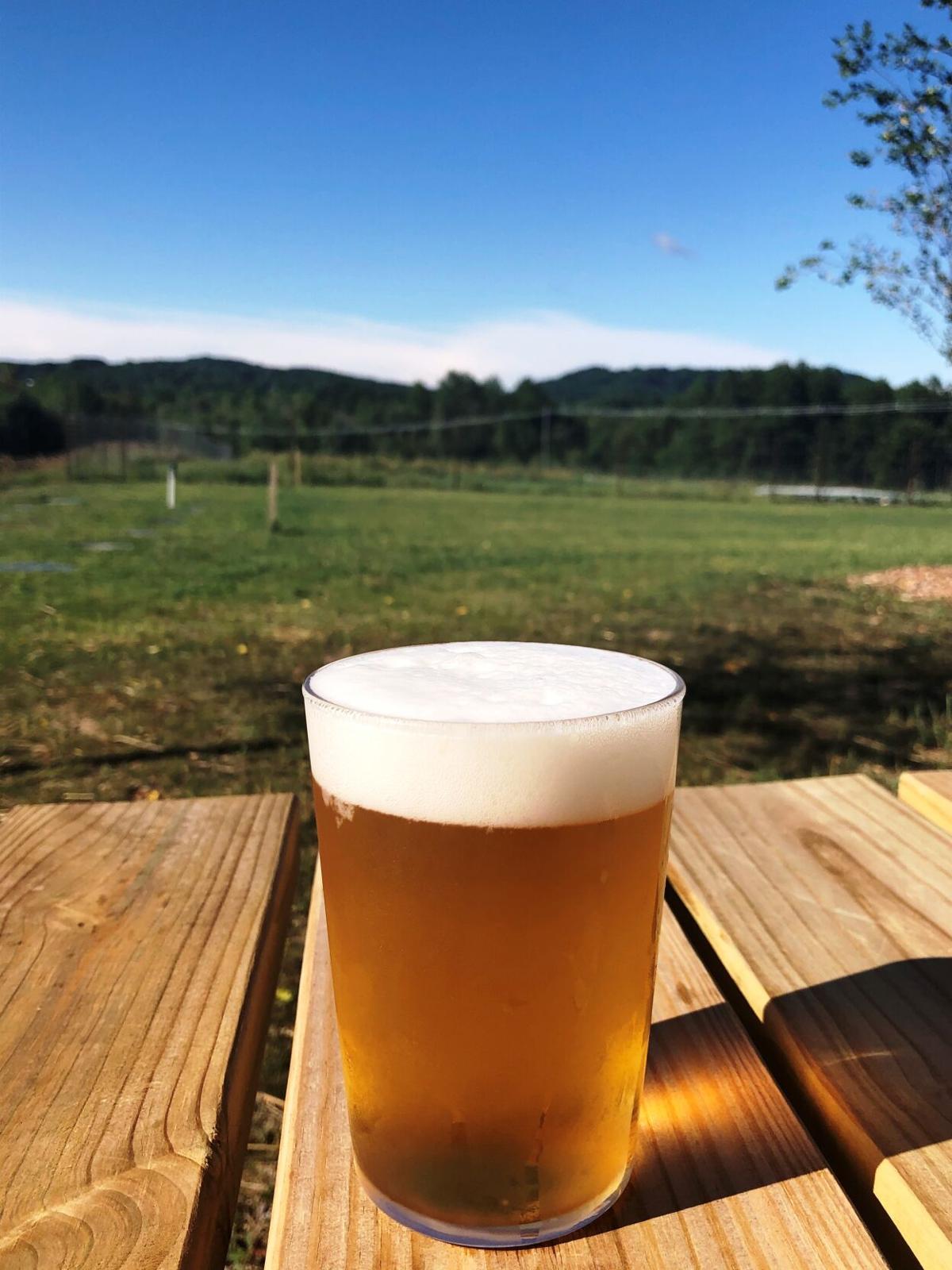 Farm Club's Table Beer is made using a wild yeast harvested from a pear tree on the property. 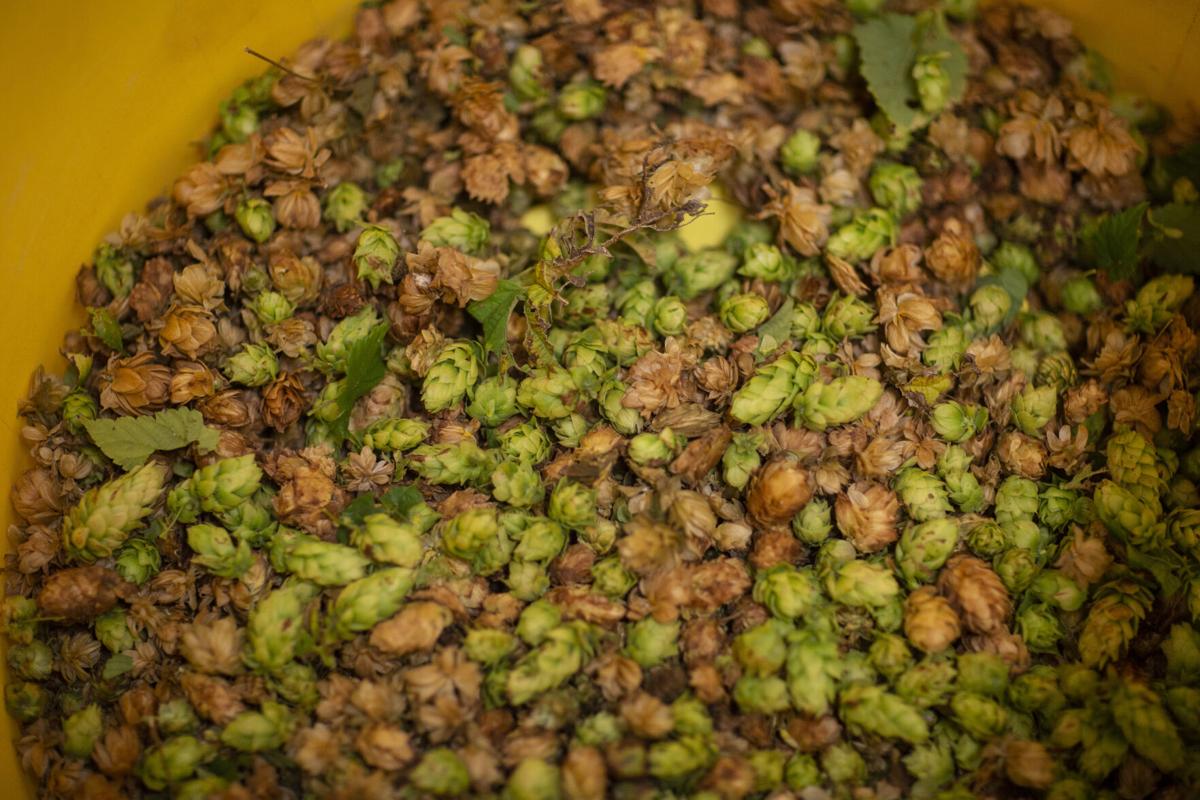 Recently picked hops sit in a bucket at Brewery Terra Firma in Traverse City on Tuesday. 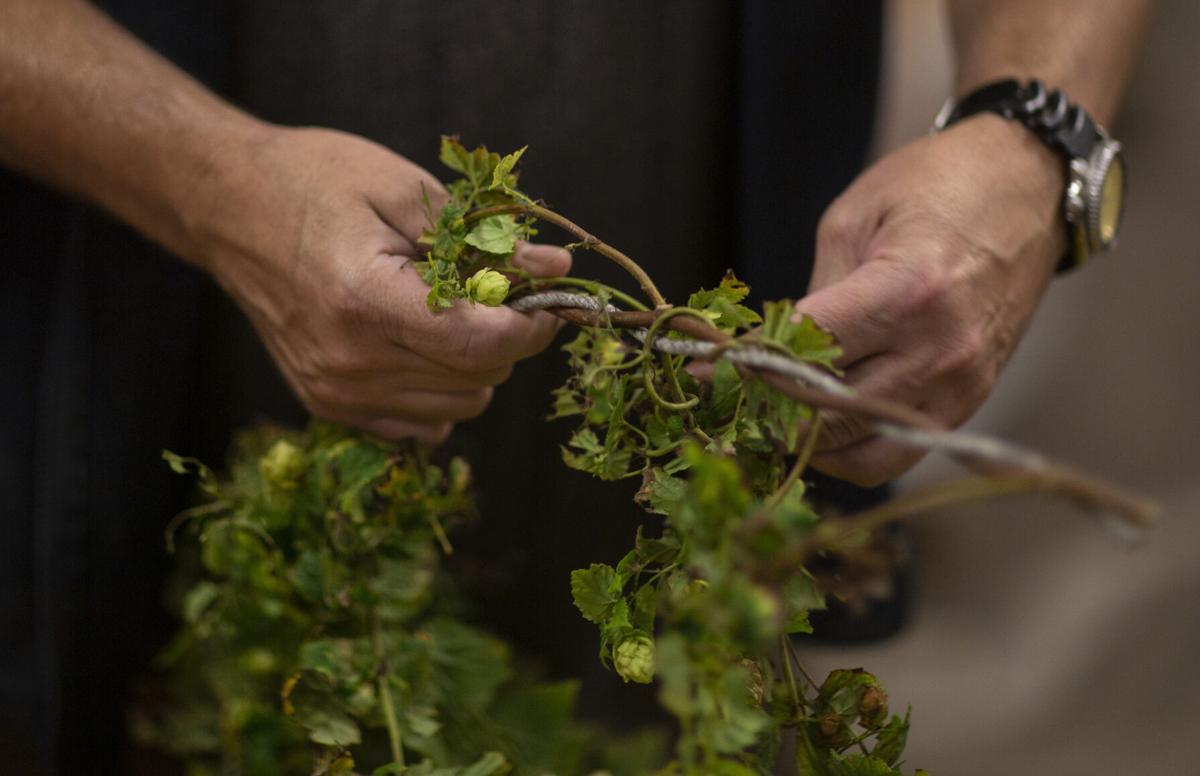 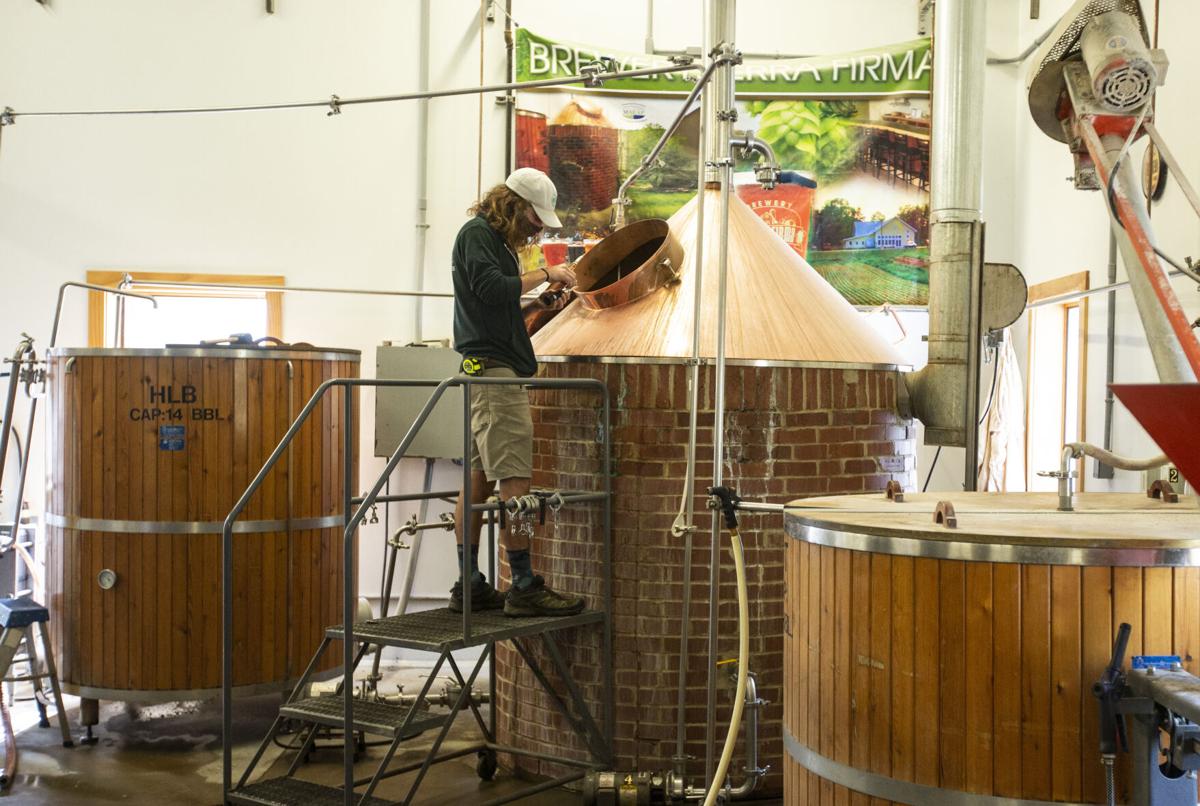 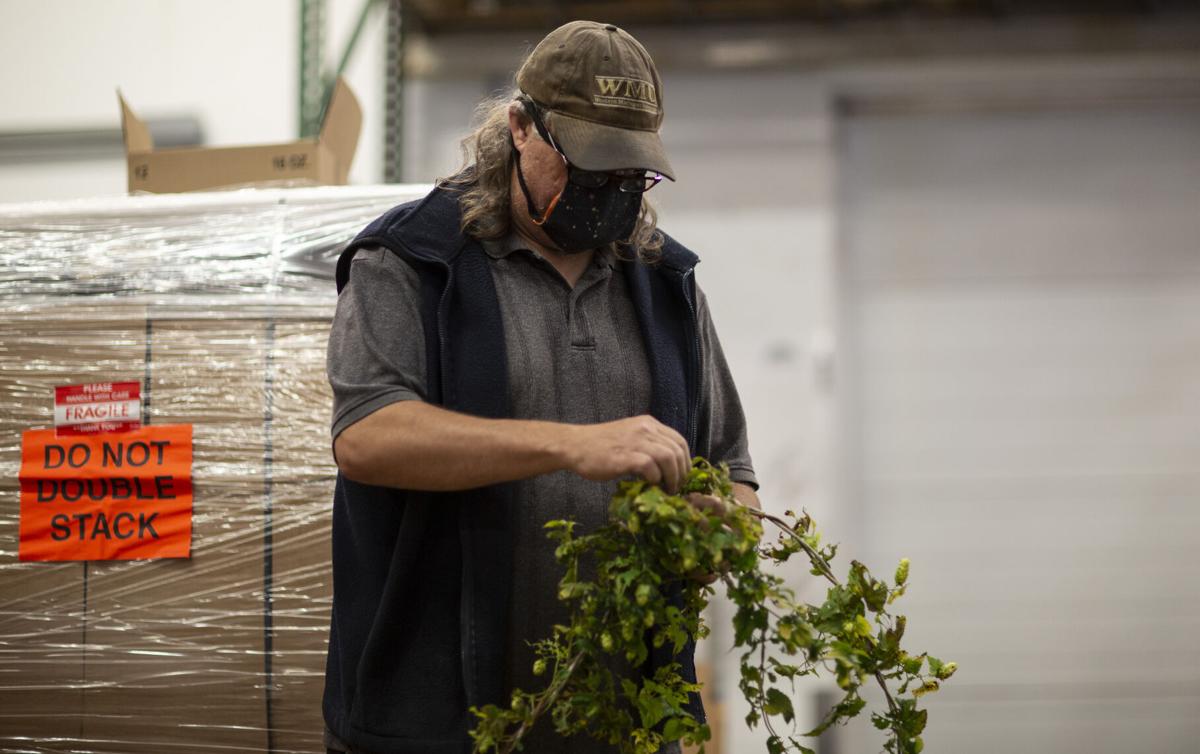 Farm Club's Table Beer is made using a wild yeast harvested from a pear tree on the property.

Recently picked hops sit in a bucket at Brewery Terra Firma in Traverse City on Tuesday.

TRAVERSE CITY — Northern Michigan breweries mark the autumn season with brews to delight, inspire and challenge the tastes of the region’s beer lovers.

According to brewer/owner John Niedermaier, whole cone hops were hand-picked in the brewery’s south field for a 60-second turnaround.

The area’s newest microbrewery, Farm Club brewery in Cedar, makes its mark with farmhouse beers brewed from wild yeast harvested from its own orchard. The yeast, which represents the living ingredient in beer, ties Farm Club’s brew flavors directly to the good earth of the “Land of Delight.”

“No other beer tastes like this,” said owner Gary Jonas.

The 35-acre Farm Club operation includes the brewery, marketplace and seven acres of fruit, vegetables and herbs for creating a hyper-local brand. New fall brews incorporate peaches and ingredients from the field.

The Leelanau County microbrewery focuses on producing low-alcohol brews. The brewery’s line-up includes a pilsner with natural carbonation to create a thick, full head, a dark lager and fruity ales.

“The market is overblown by beers that are too big and overblown,” Jonas said. “We want to go back to traditional beers that are nuanced, and which don’t overpower the palate.”

But Jonas said, in the end, the best ingredient for a quality beer experience is good friends.

Silver Spruce Brewing Company in Traverse City honors traditions dating to the launch of Germany’s Oktoberfest in the 1800s.

“In fall, when it starts to get cold, people want more than a light, easy beer,” said owner/brewer Scott Stuhr.

A regional leader in lager production, his Continental brewing style features ingredients imported from Europe. He brings to the brewing art a Molecular Biology degree from the University of South Florida and Brewing Science from the University of California Davis. Wife Leah graduated from Siebel Institute with a degree in Brewing Technology.

Sturh is a patient brewer.

“It’s not uncommon for us to have a beer that takes a year,” he said.

This fall he brings back the amber-colored “Oktoberfest.” The German-style Marzen bier, defined by malt, links to early days of Oktoberfest in Munich, Germany. Sturh conditions the sweet, dry, malty lager for three months. The season at Silver Spruce also features “Bavarian Dunkel,” a dark, full-bodied lager formulated with German hops and barley.

“All employees are brewers,” Green said. “Everybody can brew. We open the palate to brewers to do whatever they want.”

“Customers can see what’s happening and learn to do the same fun stuff,” Green said.

Stormcloud Brewing Company in Frankfort introduces a twist on modern practices for their fall Belgium brew.

“The light-flavored harvest bier is made with Saaz hops from Omena,” he said. “Saaz is a distinctive, earthy, spicy flavor.”

Stormcloud plans to release the brew during the seventh annual Frankfort Beer Week October 5-10. Group events for this year’s Beer Week have been canceled because of COVID-19, but beer, food, and merchandise specials are still happening at participating locations. Visit www.frankfortbeerweek.com/ for more information.