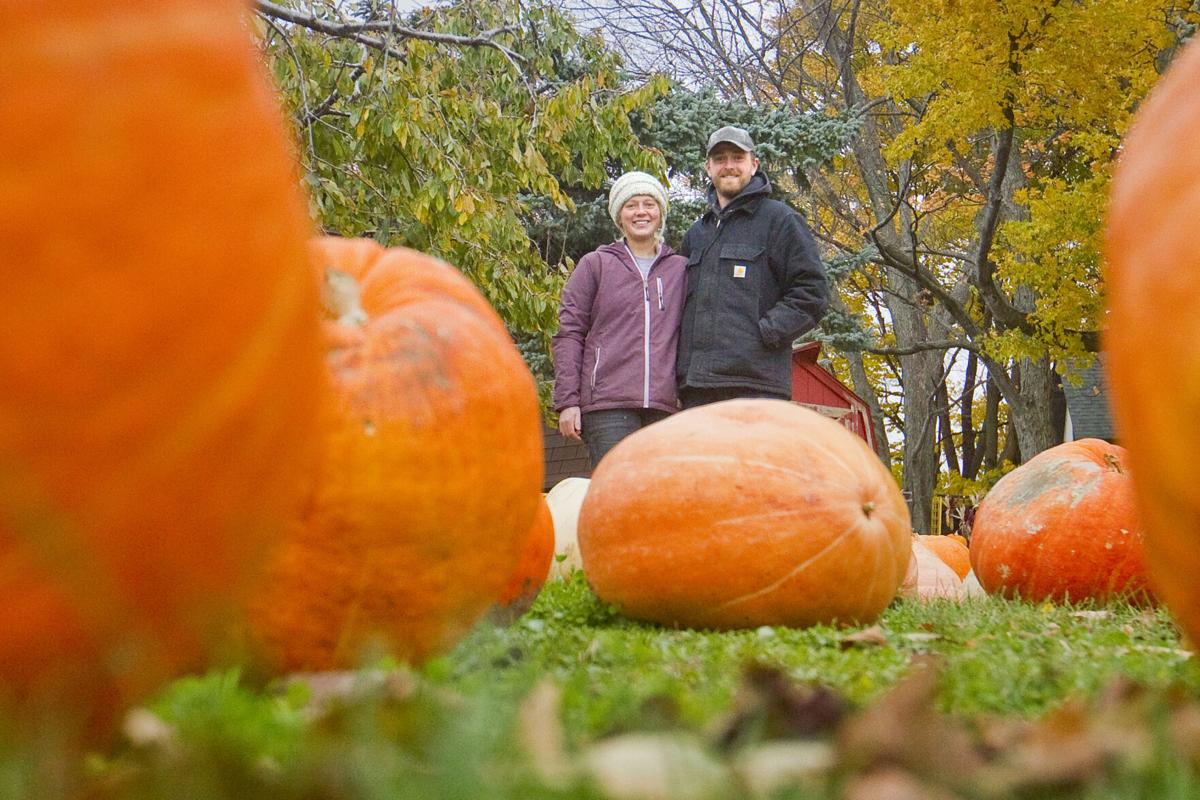 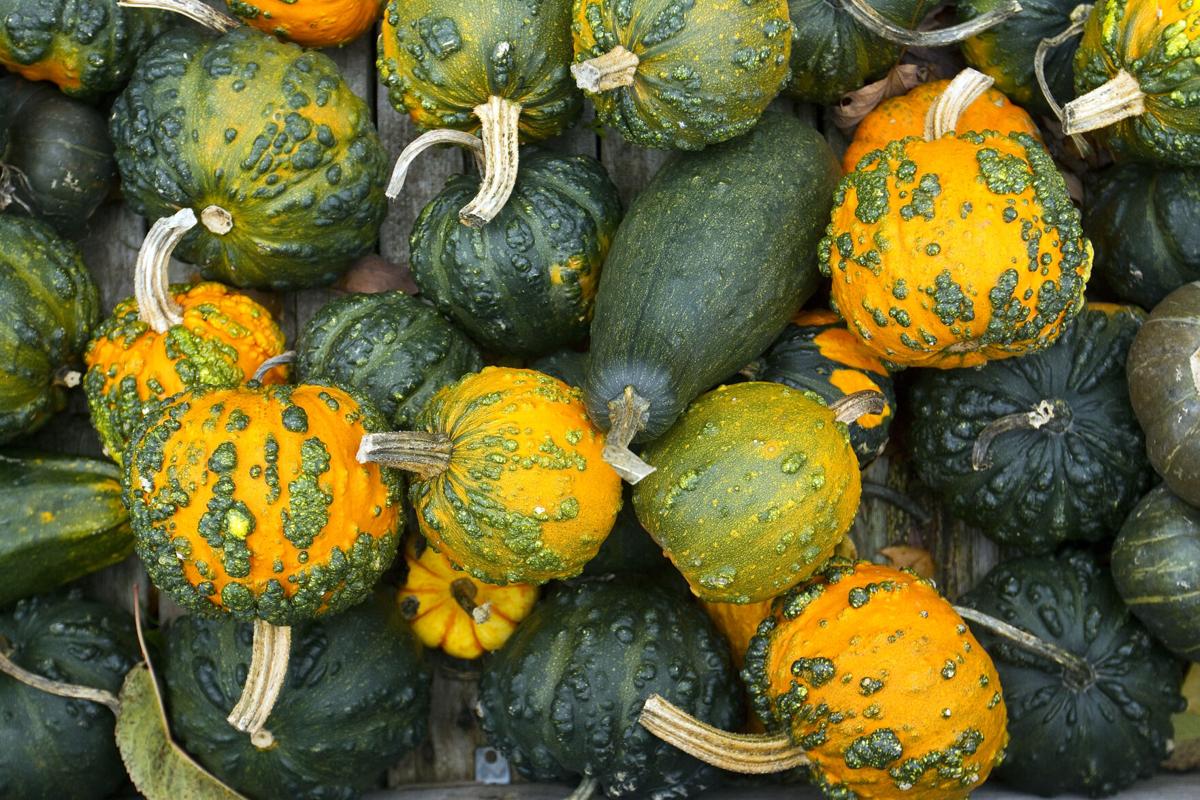 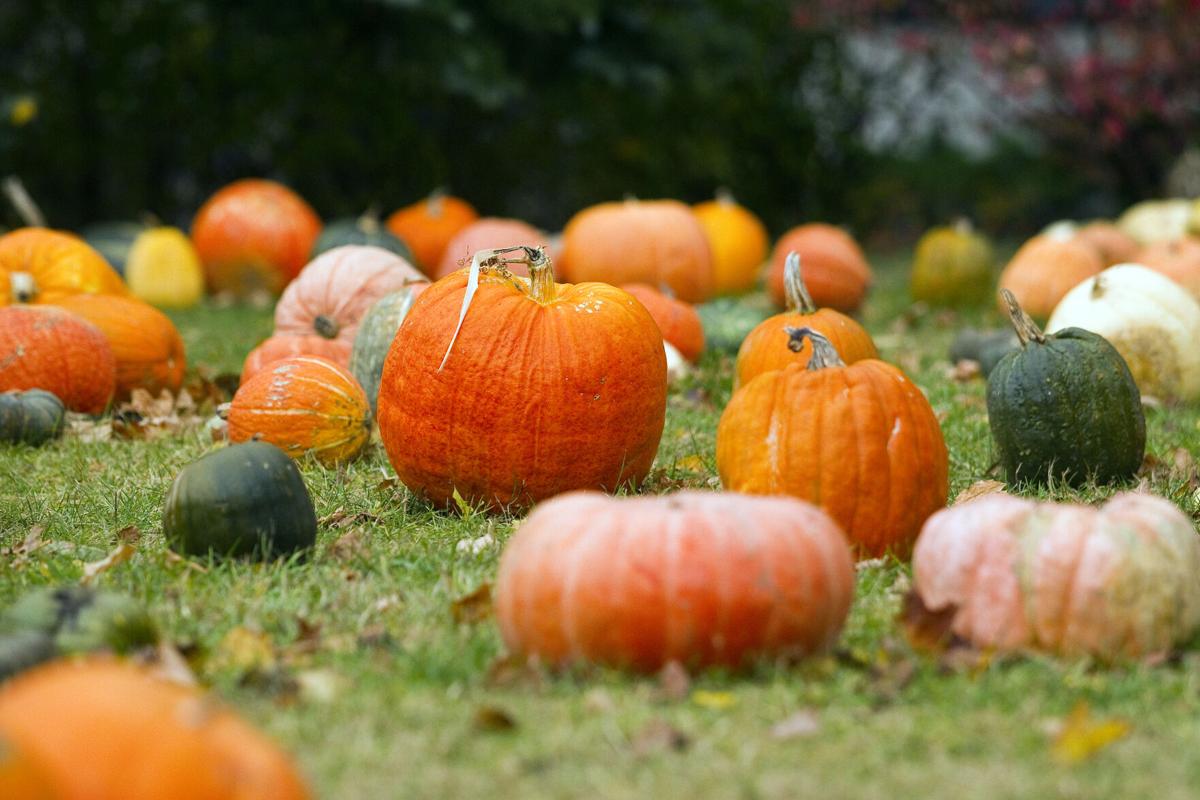 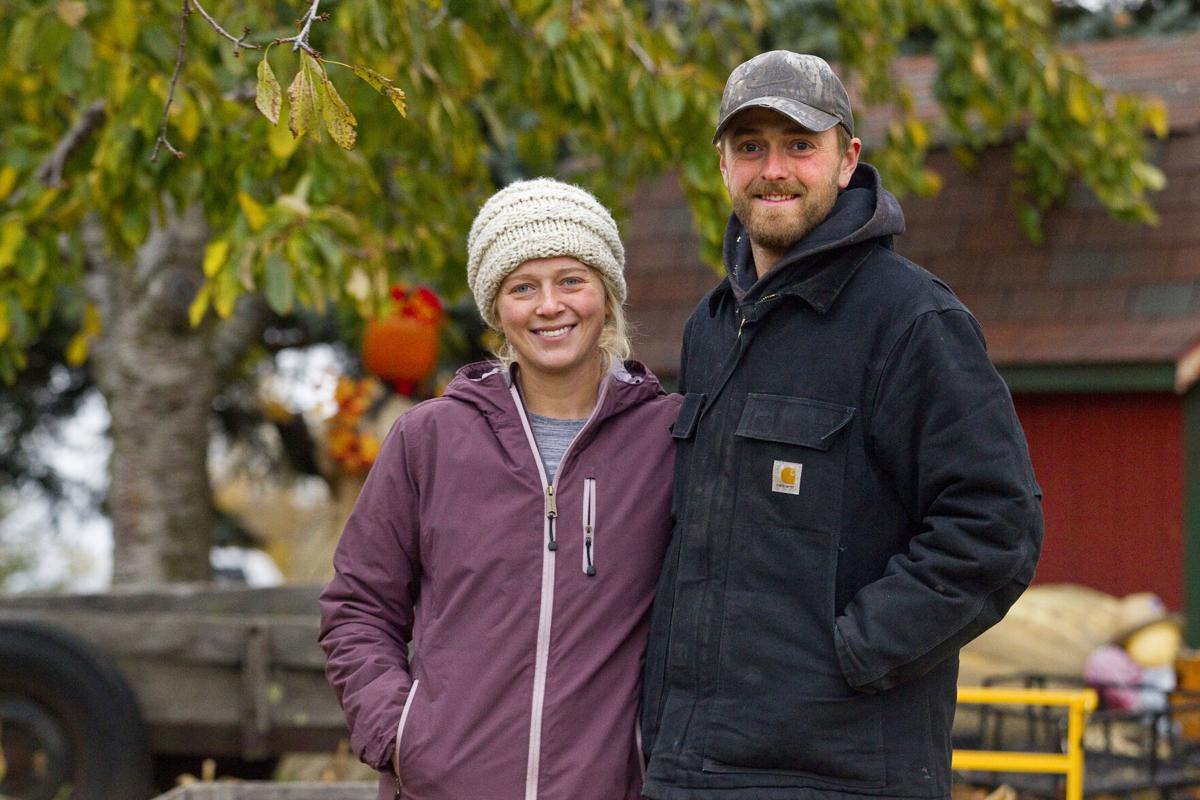 Cory Holman is the seventh generation to work at Holman Orchards on Old Mission Peninsula. He said his dad and grandparents are still involved with the farm, while he and his wife Elise are completing their eighth year with the pumpkin patch.

Holman said he remembers helping his across-the-street neighbors with their pumpkins when he was a boy and recently “basically took over the business there.” Since then they’ve grown the patch to about six acres, with the farm amounting to nearly 100 acres of land.

They hand-plant the gourds after Memorial Day weekend each spring and harvest them toward the end of September.

Holman said they have almost 100 varieties including the Speckled Hound, Long Island Cheese, Flat Stacker, World of Color and the Dark Knight pumpkin.

“We have very few leftover,” Holman said. “They generally don’t go to waste. Some farmers get leftovers for their livestock.”

Elise maintains a large garden, where she grows beans, tomatoes and squash — among other things. Elise said she freezes or cans the vegetables to use during Thanksgiving and throughout the winter.

Cory said one of their favorites is a traditional squash recipe: Roasting it in the oven and then pureeing it with butter and brown sugar.

The couple sells their produce at the Sara Hardy Farms Market on Saturdays.

Elise said she bakes pumpkin seeds to sell during the winter market. Her favorite is cooking them with brown sugar, honey, cocoa butter and “all sorts of different sweet stuff.” She also experiments with mixed herbs and a salted garlic version.

“You can cook them in anything,” she said. “You can have the savory or sweet.”

The Holmans also grow corn and apples, which are increasingly popular in the fall.

The family celebrates 160 years on Old Mission Peninsula in 2021. A sign in their front yard from the Michigan Historical Commission recognizes the farm’s long history in the area.

Holman said they have no plans to stop running the pumpkin patch or farm.

Pumpkins and apples are usually available through early November. Visitors can serve themselves on weekdays.

The patch is open most of the day on weekends. Holman Orchards is located at 12926 Center Road.