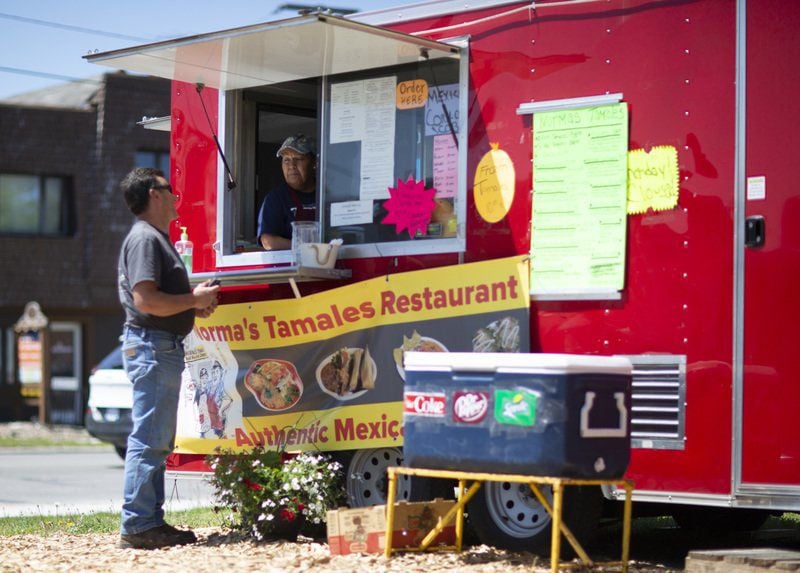 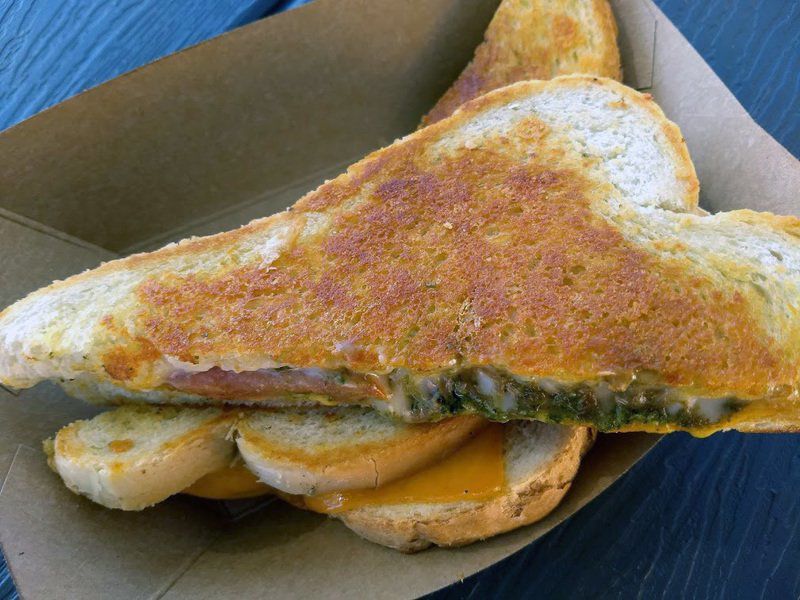 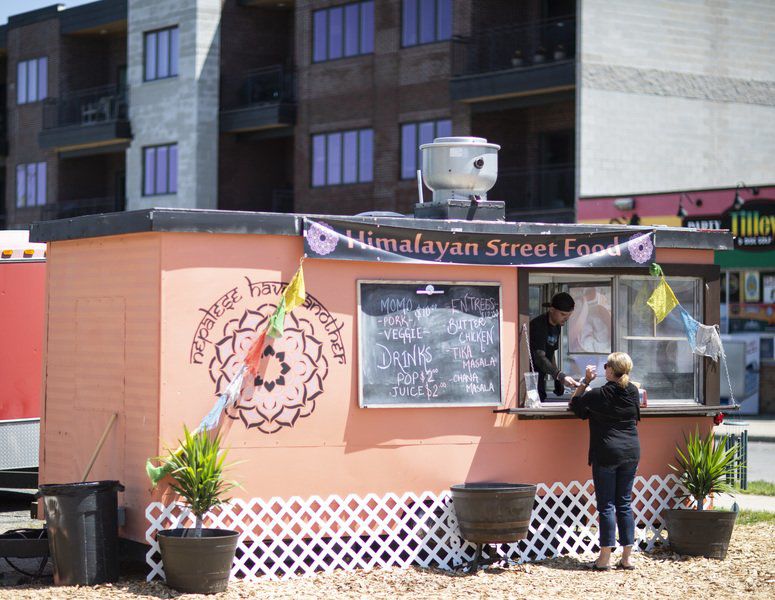 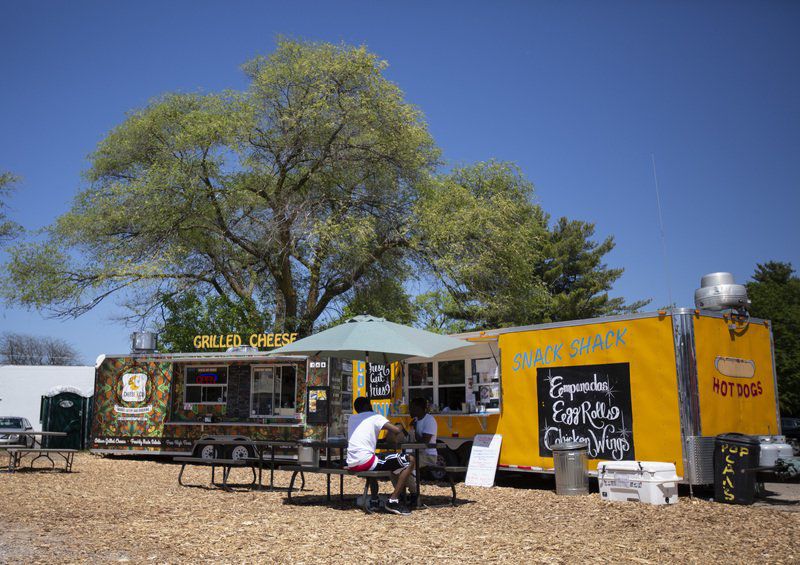 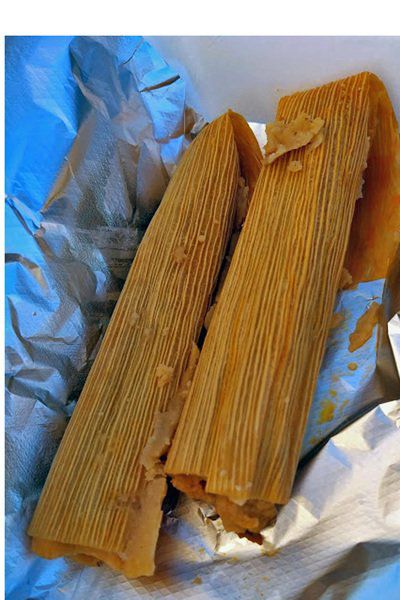 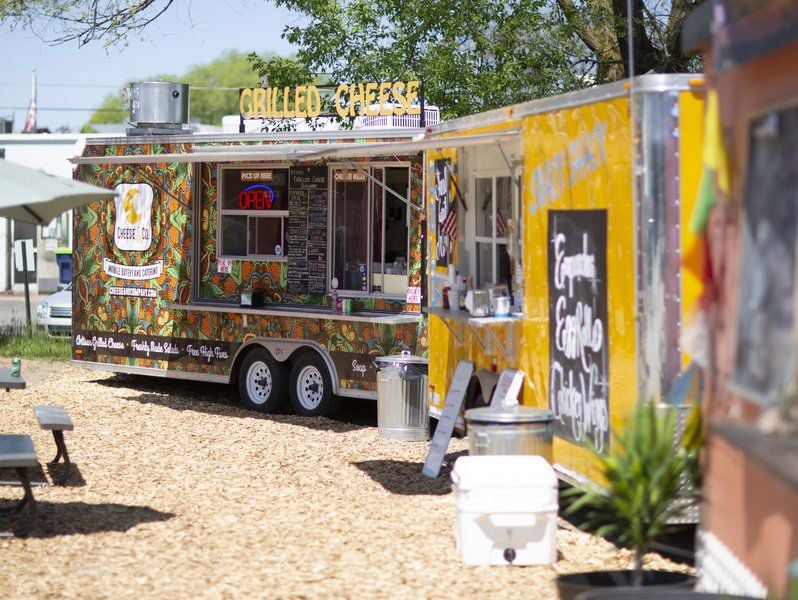 TRAVERSE CITY — A once bare corner at Division and Randolph streets touts a summer array of color — trucks in red, yellow, blue and pink pepper lots on both sides of the street.

In past years, Tilley’s has hosted a truck or two.

“This is the first time we’ve decided to go all in on it,” said Art Kinney, Tilley’s manager and organizer of the food truck lot.

The trucks rent their spaces and set their own, varying hours.

Also on the lot are Cheese & Co.’s all-things-grilled-cheese creations, which highlight artisan cheese pairings of pesto and tomatoes; brie and blueberry-lavender compote; bacon jam and sliced turkey; and goat cheese with dried cherries.

Norma’s Tamales and Mexican Cuisine holds a spot at the west end of the lot, flanked by enticingly shaded picnic tables. They set up shop April 15.

And each menu item is a long-held family recipe.

“Lots of tamales, we have a Texas taco — we sell a lot of those — and tostadas, Chile rellenos, floutas, gorditas,” said the cook behind the name, Norma Granados.

The most popular of them, Norma added, is her pork tamale. The corn husk-wrapped delights are also made with chicken and beef.

She and Anselno, her husband and business partner, don hats and aprons behind the counter. Everything’s made and prepped on-site.

The Granados parked the truck about four years ago and split time between Traverse City and Texas, where they once ran a restaurant and fruit stand. The pair held shop in Interlochen for a time, but trouble finding staff made things difficult.

They discovered the lot and asked if Tilley’s had any space.

And that was that.

“We’re getting old, you know, we need something to do, get out of the house,” Norma said.

Next in the lineup is Snack Shack, a brand-new food truck venture and the brainchild of Sarah Miner.

“It’s fun for us — our whole family runs it,” said her daughter Tawny Thompson, who takes a shift running the shop.

Her siblings cook while younger nieces and nephews run the counter. Each family member takes a shift to keep things running smoothly. Miner juggles the truck with three other northern Michigan businesses.

The menu ebbs and flows with the family’s new ideas and inspirations. It also includes a few beloved dishes from family friend Angie Barnett, who Thompson says is well-known for her empanadas and egg rolls. They source as much as they can locally.

The wings, too, are a special offering.

“My mom had this tradition of hot wings and fries every Sunday,” Thompson said. “It’s something her and I have talked about, (opening a food truck), for a very long time. My mom’s always so ready for her next business venture and food trucks were pretty popping.”

“You know, the kid gets a hot dog, mom gets tacos, dad gets Nepalese — there’s something for everyone down there,” Kinney said. “It’s fun. You can go get anything, all kinds of different things.”

And, a quick jaunt across Randolph Street, is Happytown. The smaller southern neighbor is organized by several nearby businesses. For now, their two trucks include Tots ‘n Tots ‘n More Burgers.

Owners of The River Outfitters and Bay Life Getaways said they plan to add to their offerings — an all-day breakfast truck and elephant ear truck are in the works.

It all comes down to location.

“It’s a great location — people coming in and out of town, we’re right there,” Thompson said. “I think it’s perfect.”