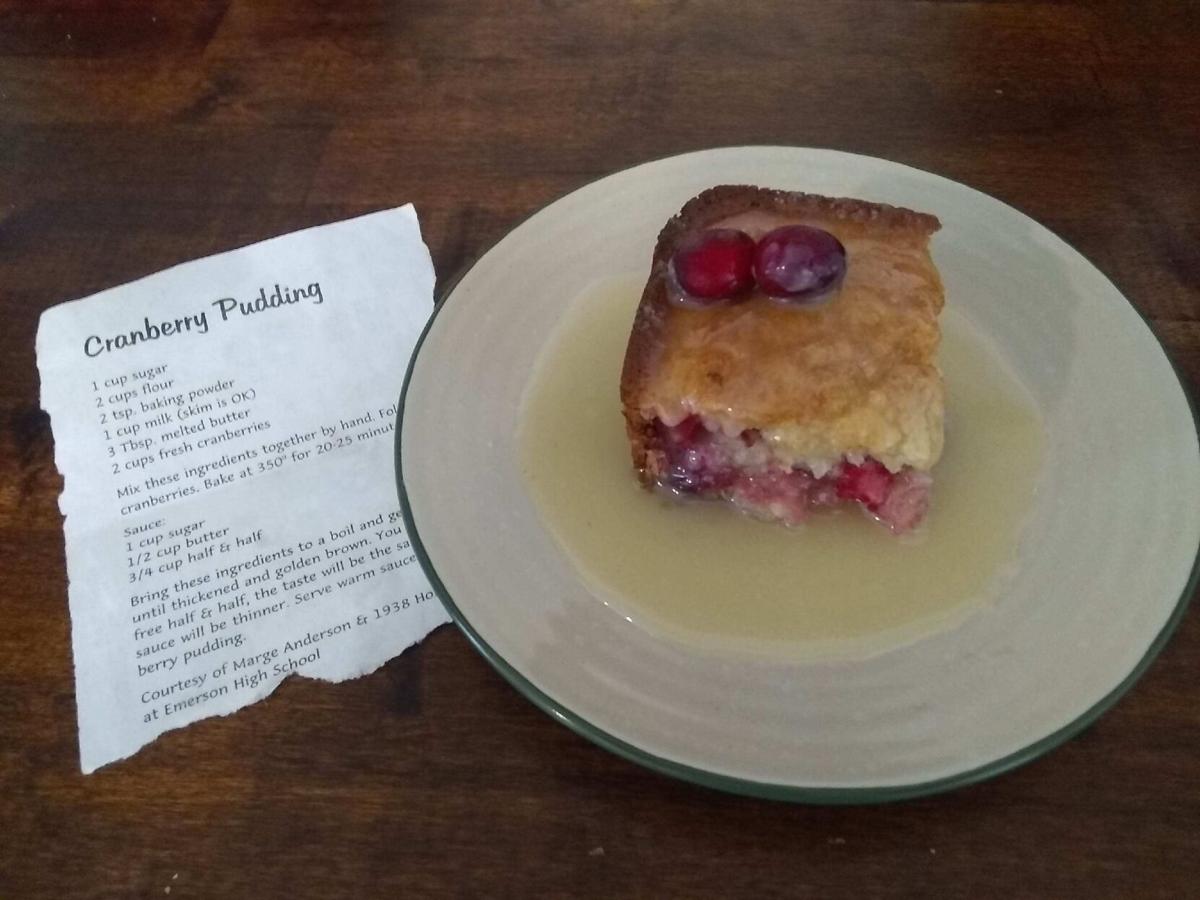 The cranberry pudding everyone remembers was more akin to a cake than a custard. It was topped with an incredibly sweet, buttery sauce that was balanced by the mouth-puckering cranberries strewn throughout the moist crumb of the pudding. 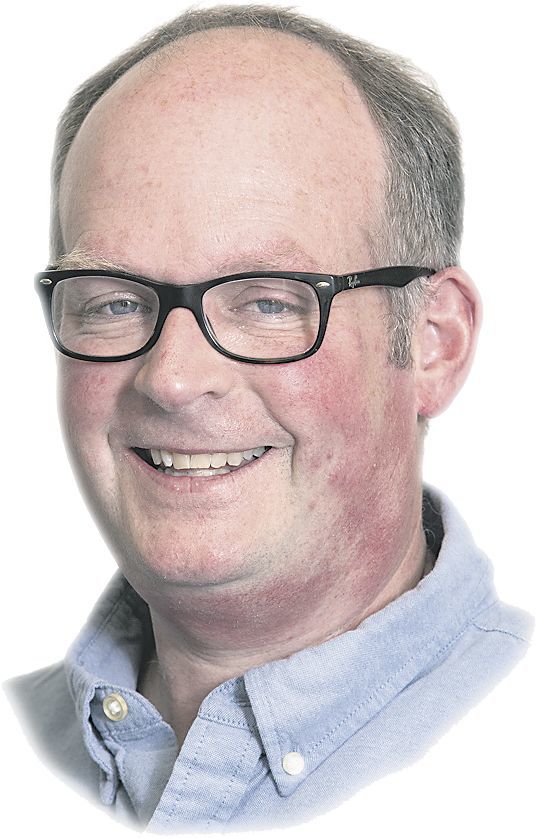 The cranberry pudding everyone remembers was more akin to a cake than a custard. It was topped with an incredibly sweet, buttery sauce that was balanced by the mouth-puckering cranberries strewn throughout the moist crumb of the pudding.

The winter holiday season is a time to get together with family, reconnect with old friends, share stories, eat delicious food, and generally celebrate life.

This year, however, will be a little different. We’re still reconnecting and sharing (and eating), we’re just physically a little further apart. Regardless of how socially distant we are, the Christmas spirit always brings us closer together. My friend Steve recently told me a story that shines a little light on that spirit.

Steve has a group of friends that, when they were younger, took turns hosting a big holiday celebration in early December. As they grew older, they drifted apart and the celebrations fell by the wayside. Recently, through the magic of social media, most of the group reconnected. There was a lot of conversation about getting the gang back together and having a weekend together to catch up, meet each others’ new families, and generally try to recapture some of the spirit that they had shared so many years ago.

Unfortunately, they picked the wrong year to plan a reunion. As it became more and more clear that the pandemic wasn’t going away anytime soon, they canceled their rental of a large country farmhouse and decided, for this year, a virtual get together was the way to go. One of the group’s more tech savvy members set it up, gave everyone very explicit instructions on how to join the group, and a password to avoid any unwanted visitors.

As the day approached, Steve’s anticipation grew. He was excited to see his old friends but was a little anxious as well. Would they all still get along? Would he say the wrong thing to the wrong person? Would he even remember everyone?

The designated time arrived and his friends started popping up on the screen in front of him. There’s Sara with, I guess that must be her family. Cute kids, Sara. Andy, in his little apartment with his cats. Hey Andy, happy holidays. There’s Phil and Bob and Stacey. Hey Stacey. As Steve’s monitor filled with his old friends, his anxiety melted away. This was great. It was so good to see everyone again. The warmth that spread through his body was more than just the brandy in his eggnog, he was really and truly happy.

At first, there were fits and starts and people talking over each other but they soon fell into a rhythm and, with Sara taking on the role of moderator, began to reminisce. They talked about the old get togethers, the white elephant gag gifts, the spontaneous dance parties, and the food. Always back to the food. They all agreed, for young adults just starting to find their way in the world, they certainly had sophisticated palates.

As they talked about all the dishes they had passed, the smoked salmon platters, the finger sandwiches, the baked brie in a puff pastry that looked like a snowflake, one dish kept coming up as the most memorable; the cranberry pudding. It was an old fashioned dessert in the British pudding style, more akin to a cake than a custard. It was topped with an incredibly sweet, buttery sauce that was balanced by the mouth-puckering cranberries strewn throughout the moist crumb of the pudding.

Maybe it was this contrast in flavors that made it so memorable but it was the ease of preparation that gave it staying power. Many of Steve’s friends had continued to make it year after year. A couple of them had even made it today and were enjoying it on camera, in full view of all their friends.

As everyone was talking about the pudding, Steve noticed that there was one blackened space at the bottom of the screen. This usually meant that someone hadn’t turned their camera on. Was someone monitoring their conversation without wanting to be seen? Or had someone checked in and then left without logging out? They were identified only as jhj1894. Steve did a quick scan of the participants and found that Julie and Eric were missing. Must be Julie, her last name’s Johnsen so jhj makes sense. She usually had about 10 things going on at once so it would make sense that she had forgotten to log out. His curiosity settled, Steve rejoined the conversation.

“Hey, that cranberry pudding. That was pretty delicious, right?”

“That was a great dessert,” said Phil. “Anyone remember who made it?”

“Wasn’t it that Hans guy? The one that came with Bob?” said Stacey.

“He didn’t come with me,” said Bob. “I vaguely remember him. Wasn’t he like Julie’s cousin or something? The party was at her family’s old home, so I just assumed …”

“I’m glad you brought that up. It seems that Mr. Hans is a bit of a mystery,” said Sara. “The pudding was his, I’m absolutely sure of that. I asked him for the recipe. Where he came from is another question altogether. I asked Julie about him when I was putting this thing together. You know, to send him an invite.”

“She had no clue. She thought he was Steve’s buddy.”

Steve didn’t say anything. He vaguely remembered a kid with thin blonde hair cut in the shape of a bowl and a bit of an accent. He had also assumed he was a relative of Julie’s. The resemblance was striking.

“Anyway,” continued Julie. “I did a bit of checking online and I didn’t find a Hans Johnsen in Mackinette County.”

“Well,” said Bob. “He didn’t have to be from Mackinette. He could’ve been from anywhere. Maybe he came over from the old country.”

“Funny you should say that, because I did come across a Jedvard Hans Johnson ... from Norway.”

“So Julie has a cousin from Norway,” said Andy. “Nothing strange about that.”

“So, what? We were celebrating the holidays with a ghost?”

“Have you looked at any pictures from the party recently?” continued Sara. “There are no clear shots of him, just a blonde blur. I always assumed it was because he was always moving, never stopping to pose for a picture.”

“Now that you mention it,” said Bob. “I remember finding that a bit odd.”

“I asked Julie about it,” said Sara. “She said she had no recollection of a ‘Hans’ at the party. She was pretty upset about Andy breaking up with her that morning so I don’t doubt that she was a little out of it that night.”

“Hey,” Andy’s cheeks reddened as he attempted to defend himself. “No one ever said I had the best timing. We made up long ago. We’re cool now.”

“Julie did say she had a great Uncle Jed but she didn’t think he ever went by Hans. She did seem a little freaked out.”

“No reason, just trying to put this together.”

Just then, the black space at the bottom of the screen lit up and a blonde-haired young man with a bowl haircut flashed to life. jhj1894 spoke.

“Greetings, everyone. It’s me, Hans. I had a little trouble with the Zoom but I’m here now. That cranberry pudding sure is good, isn’t it?”

As some of you know, I love the Victorian tradition of telling ghost stories around Christmas time.

They believed that the short days of winter brought us closer to the other side and spirits were able to pass more easily into the realm of the living. I just think it’s fun to have a little scare on Christmas Eve.

The story above was just a story but the pudding is real. It was clipped from a newspaper years ago and has become a family favorite. I hope it becomes a tradition in your household, too. It is credited to Marge Anderson and the 1938 Home Ec. class at Emerson High School in Stevens Point, Wisconsin.

Mix the first five ingredients together by hand. Fold in the cranberries. Bake at 350 for 20-25 minutes.

Bring these ingredients to a boil and gently simmer until thickened and golden brown. Stir frequently to keep from scorching. Serve warm sauce over cranberry pudding.

Bruce Wallis is a chef, educator, and food nerd at The Leelanau School. You can reach him at brucejwallis@gmail.com.