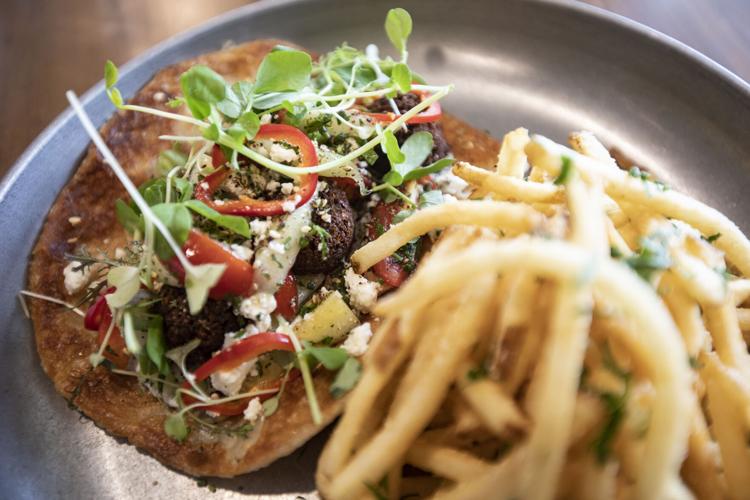 The Burrow’s gyro and fries. 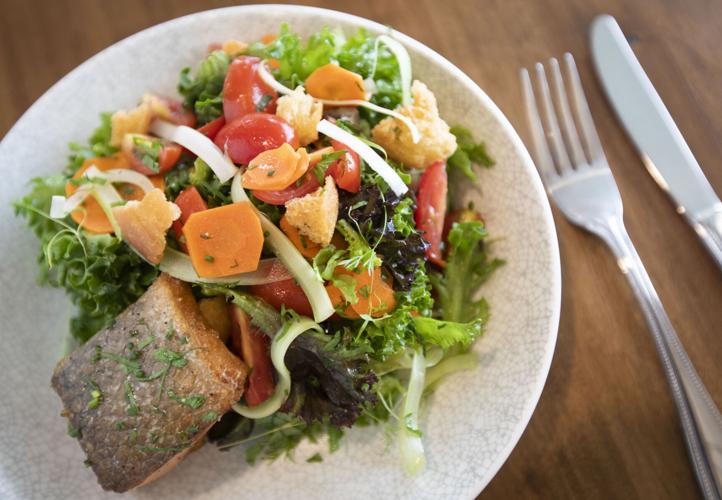 A house salad with salmon at The Burrow TC, a new restaurant from local owners of the Flying Noodle and Mama Lu’s. 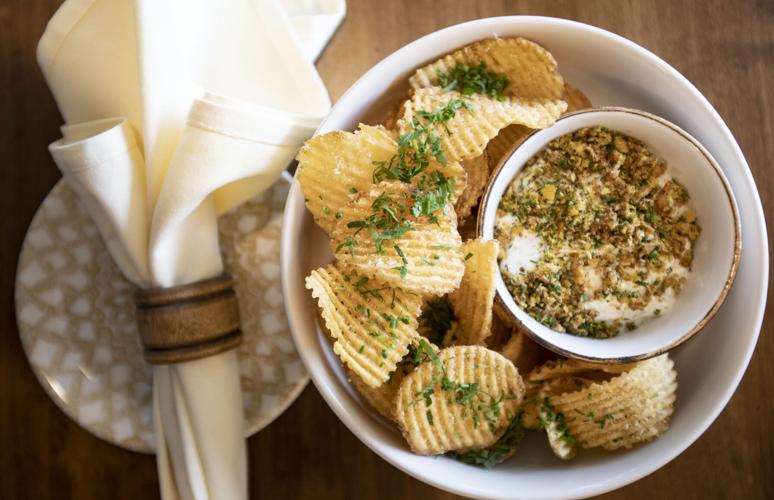 Chips and dip served at The Burrow TC in Leelanau County.

The Burrow’s gyro and fries.

A house salad with salmon at The Burrow TC, a new restaurant from local owners of the Flying Noodle and Mama Lu’s.

Chips and dip served at The Burrow TC in Leelanau County.

TRAVERSE CITY — Whether by boat, car or on foot, residents and visitors may find their way to The Burrow TC.

The newest venture from Honest Hospitality TC opened at the end of June at 12930 SW Bay Shore Drive. CEO and Managing Partner Adrienne Brunette said their goal was to give people “an opportunity to dine in a different way.”

Guests can order a French dip sandwich, salad or a protein-focused entrée like the steak frites — a 10-ounce steak served with herb butter and fries. Brunette said this dish will be a staple on the menu, though some ingredients may change seasonally.

The French dip and their appetizers have been popular so far, she added. Appetizers range from crab cakes to tuna crudo, which Brunette described as a “play on sushi.”

“It’s not heavy like burgers can be,” she said of the menu. “We try to keep everything we do in layman’s terms and geared toward locals.”

Additionally, patrons can sip on an alcoholic beverage while they dine. Brunette said the full bar includes beer and wine as well as a cocktail they named the “Squirtsky.” It is made with grapefruit juice, vodka, grapefruit vodka, lime and soda.

Brunette said the restaurant’s name comes from the different ways to access the restaurant: from the road, TART Trails or the tunnel from Elmwood Township Marina.

Brunette and her business partners opened Mama Lu’s in 2016 and the Flying Noodle in 2020. Both eateries are located downtown.

Brunette said that is partly why they chose to open The Burrow in Leelanau County. They scoured the area for the right location and selected the building after Tuscan Bistro closed in early 2019.

“The pandemic provided a setback,” Brunette said. “We waited for The Burrow.”

She added that the space is larger than the other two restaurants, which may work better for families.

Heather and Dallas Dziedzic co-own Honest Hospitality. Heather is director of human resources, and her husband is a culinary director. Heather said she has known Brunette since they were kids in Leelanau County.

The couple lived in other states before returning to Michigan. They started working at Mama Lu’s and then Flying Noodle.

“We were really happy to get back and work with some like-minded people,” Heather said.

Dziedzic said they have experienced some of the same staffing issues as elsewhere, but they “started to build a strong team.” They are still looking to add employees to their staff though.

So far, Dziedzic said business has been going well.

“We’re enjoying our guests,” she said. “It’s fun to have the neighborhood folks in. It’s a great spot if people are traveling beyond Traverse City — stop by for lunch.”

The Burrow TC is open for dine in and takeout from 11 a.m. to 9 p.m. Tuesday to Saturday. Limited reservations are available through Resy.

Visit burrowtc.com/boaters for the Dock ‘n’ Dine menu and to place an order for delivery to the marina.

“We’re enjoying our guests. It’s fun to have the neighborhood folks in. It’s a great spot if people are traveling beyond Traverse City — stop by for lunch.” Heather Dziedzic