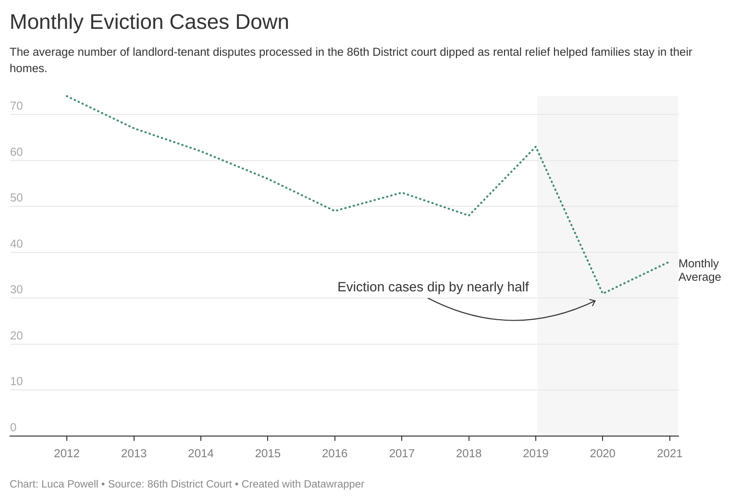 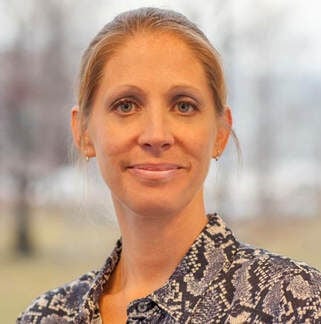 Sarah Hughes has led NMCAA’s eviction diversion program, which has kept over 200 families in their homes since a federal moratorium on evictions expired in August.

Sarah Hughes has led NMCAA’s eviction diversion program, which has kept over 200 families in their homes since a federal moratorium on evictions expired in August.

TRAVERSE CITY — Local landlords have initiated 61 eviction cases in the weeks since a nationwide moratorium on eviction lapsed in August.

But despite a year and a half of pandemic job losses, regional eviction numbers are the lowest they’ve been in years.

People familiar with the ins-and-outs of housing court say credit is largely due to the work done by Northwest Michigan Community Action Agency, a local organization that kicked into overtime to respond to the economic impact of the pandemic.

On a given day, the agency receives dozens of calls from renters. Working with federal COVID-19 relief funds, NMCAA has paid months of rent and utilities, often for individuals who were out of work during the pandemic, according to program staff.

In September, the organization disbursed $764,000 since the eviction moratorium lapsed, helping to keep 211 families in their homes.

“It’s a very different community outreach than we originally anticipated,” said Sarah Hughes, the program’s manager. “And it’s touching so many more people in our community than anybody ever anticipated.”

The effectiveness of Hughes’ program has shown up in the courts. Eviction cases are down by around 50 percent in comparison to 2019.

“NMCAA’s program has been amazing,” said Carol Stocking, court administrator for the 86th District Court, who provided monthly data on eviction cases going back as far as 2012. In 2021, the court processed an average of 38 landlord-tenant cases in a given month, compared to an average of 63 per month in 2019.

The proper acronym for NMCAA’s current eviction program is CERA, which stands for COVID Emergency Rental Assistance. Over the summer, CERA was maligned by legislators who viewed it as a bureaucratic nightmare incapable of actually delivering rental relief to Americans. In August, a number of nationwide news outlets reported that CERA money was languishing in state capitals rather than being distributed to renters in need.

But Michigan was among a handful of states to distribute rental assistance quickly. It did so via programs like the one managed by Hughes, who oversees 10 counties in northwest Michigan. The program, overseen by the state housing authority, was successful because it learned to move nimbly around red-tape, in some cases cutting checks directly to landlords who were owed months of rent.

“These headlines that you’re seeing in national news, that didn’t happen in Michigan,” said Mary Kavanaugh-Gahn, deputy director of Legal Services of Northern Michigan, which represents low-income clients in eviction disputes. “These housing groups did a phenomenal job.”

The program also brought money to higher-income households than NMCAA traditionally works with. These were servers who were out of work for months, or mothers taken out of the labor market by the lack of reasonably priced daycare, an issue which continues to strain the local economy as daycares close.

Last week, the Record-Eagle reported on the closure of 74 daycares in Grand Traverse County alone in the past three years.

The stakes for NMCAA’s program remain high. Traverse City’s housing market is punishing to those who become unhoused.

Housing, and particularly affordable housing, remains in short supply, and beds at area shelters are competitive as well.

While CERA funds have been able to prevent hundreds of evictions, the number of homeless in the region continues to rise.

A collection of community groups track these numbers in what’s called a “by-name list.”

That list has quadrupled in the past few months, according to Hughes.