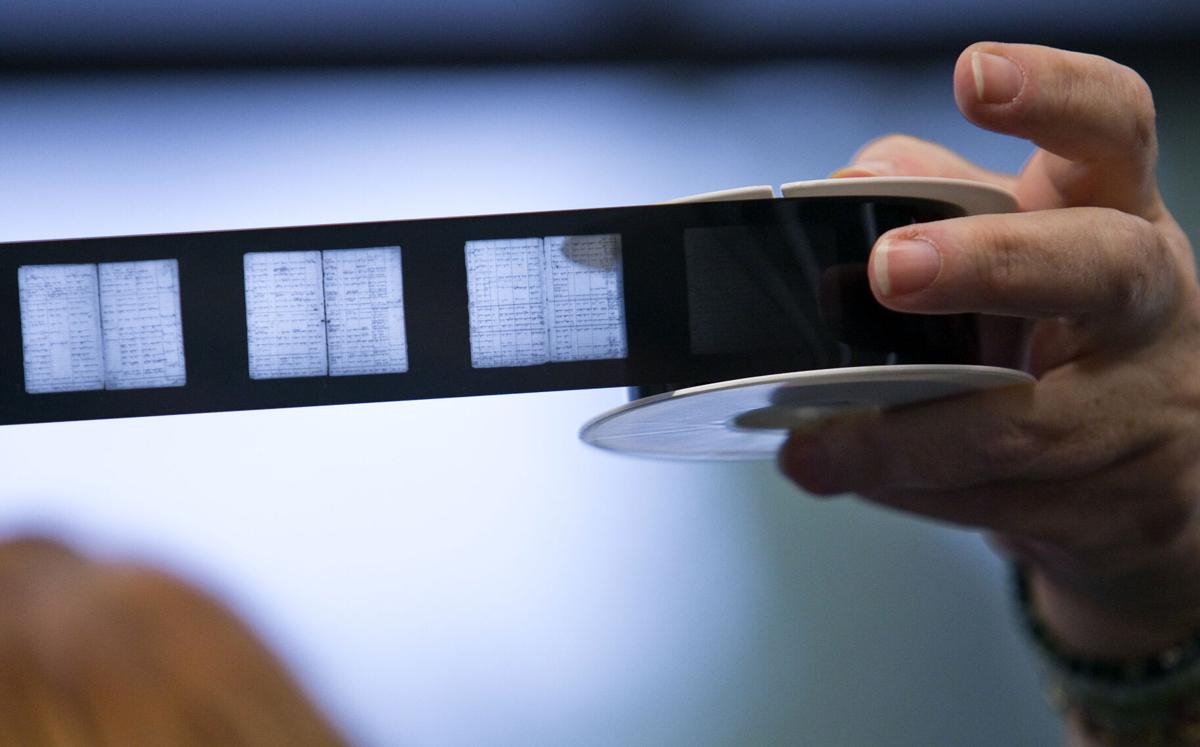 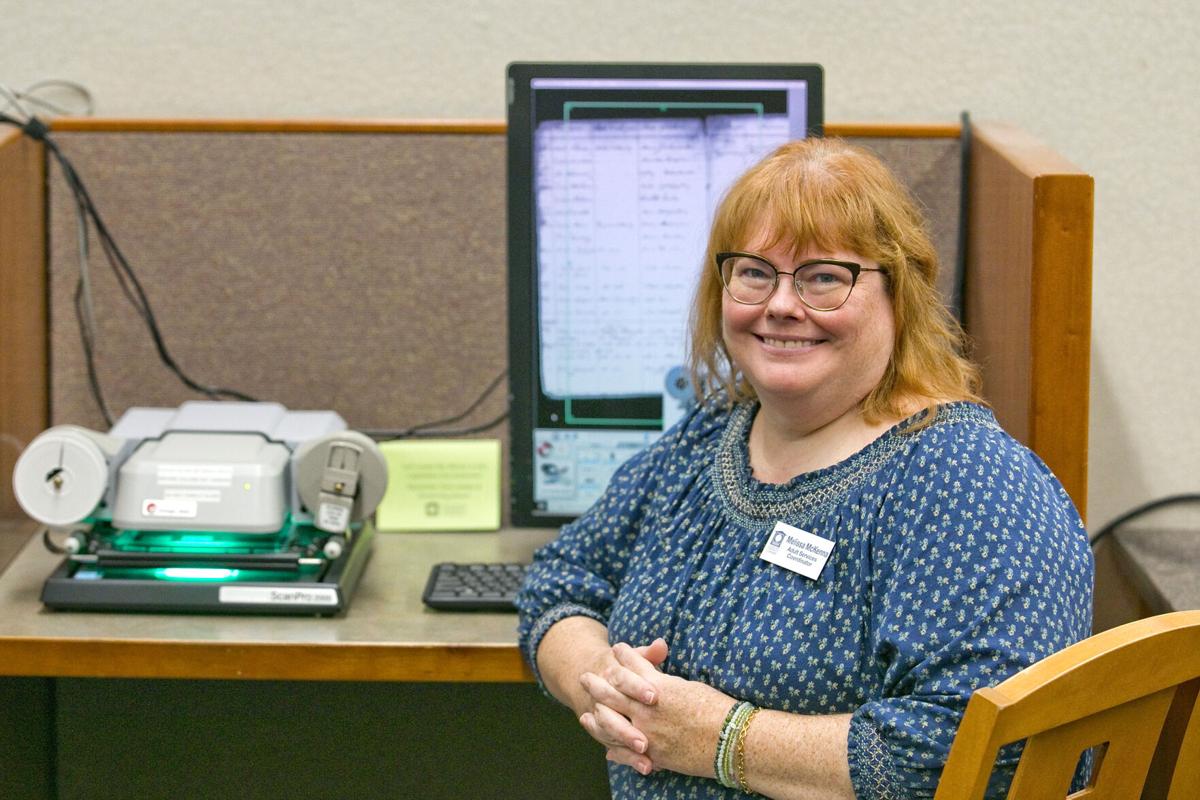 Traverse Area District Library Adult Services Coordinator Melissa McKenna sits with some of the microfilm containing church records of some members of the Grand Traverse Band of Ottawa and Chippewa Indians. 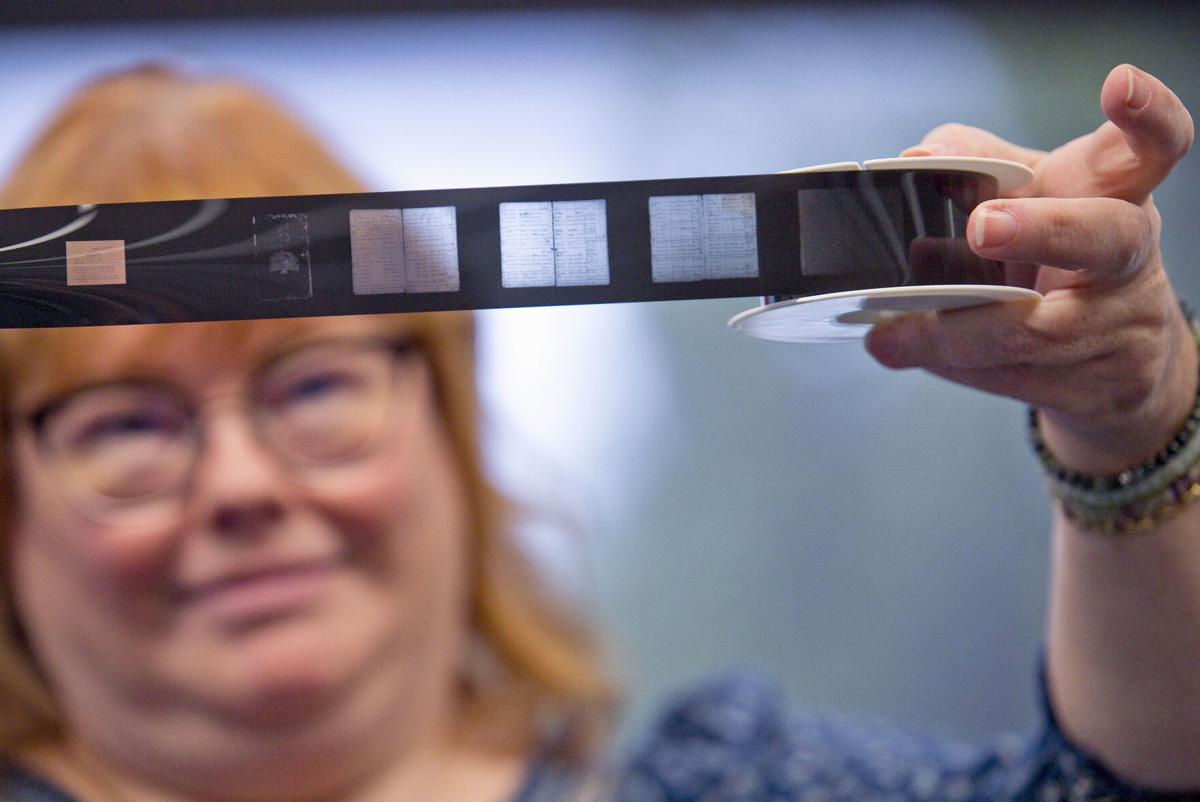 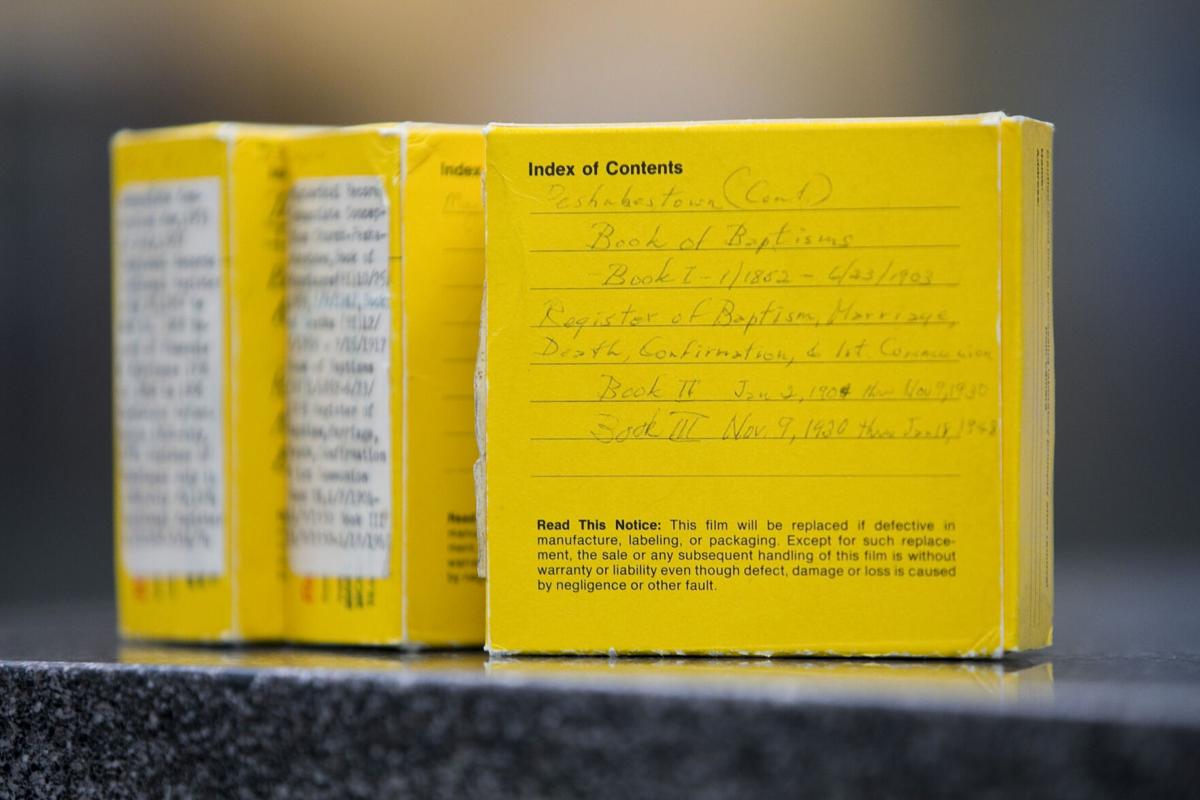 Original microfilm church records from Peshawbestown at the Traverse Area District Library contain records such as baptism, marriage and death.

Traverse Area District Library Adult Services Coordinator Melissa McKenna sits with some of the microfilm containing church records of some members of the Grand Traverse Band of Ottawa and Chippewa Indians.

Original microfilm church records from Peshawbestown at the Traverse Area District Library contain records such as baptism, marriage and death.

TRAVERSE CITY — The Traverse City Area District Library has digitized over a century’s worth of marriage, birth, and death records from Immaculate Conception Church in Peshawbestown for genealogy research.

The digital copies were created from a microfilm copy that was donated by Northwestern Michigan College in the spring of 2020. All the original records are privately held by the Diocese of Gaylord and are not open to the public without permission.

Before digitization, the process of going through the reels was incredibly time consuming, and would require an individual to go reel by reel, explained Howard. This format makes them available anytime, anywhere with working internet, and that she hopes this helps “connect the community with more resources.”

Adult Services Coordinator and project lead Melissa McKenna said the idea of formatting them into digital copies was quite simple. “They’re not our records,” she said, adding that it’s important for the families to have ownership of their own history.

The project is a close partnership between the library and the Grand Traverse Band of Ottawa and Chippewa Indians, and both Howard and McKenna said TADL turns over any original historical documents over to the tribe.

For Vicki Wilson, who has researched Michigan Native American families and tribes for the past 48 years, this is a monumental step for the “age of information.”

Wilson has had a copy of one of the reels for more than 20 years, and said that she loves the idea of making it visually accessible and documented for the community.

Now retired, and with a hard drive full of archival material, Wilson spends a lot of her time helping many GTB families research their ancestral lines. She runs a blog called “Honoring Native Ancestors,” where important historical documents, including photographs and records are uploaded, with detailed family timelines on requested ancestors.

Wilson believes that most importantly, all Indigenous materials should be opened publicly.

She explained that huge gaps of history and the ability for Anishinaabek to know where they come from and trace who their ancestors’ were, are going unknown.

“My family suffers to know that there are boxes of important history sitting in the basements of private collectors or institutions and we may never see them,” she said.

Ultimately, TwoCrow states that all privately-owned documentations regarding Indigenous Peoples or tribes should be returned to their tribal nations.

“We know what’s best for our people,” TwoCrow said. “Our histories need to be in our hands.”

She exclaimed that the accessibility of these particular records made into a digital format for the public is “life changing,” for her and her family, and also potentially for other Anishinaabek in the region. TwoCrow became interested in genealogy while attending college years ago and began her own search for family records to try and connect more with her identity.

She said that she found herself digging through piles of documents over the years, but like many others in her community, she came to dead ends.

“The system was built to not rebuild us,” she said, referencing systemic oppression, Residential Boarding Schools, children being adopted out of the tribe, changed or misspelled names and incorrectly documented dates of events.

TwoCrow said she applauds the efforts of the Traverse City Area District Library and those involved in making these vital, historical documents easily accessible to the public.

“The importance of Indigenous history is vital to all for the complete and full understanding of our history,” TwoCrow said.