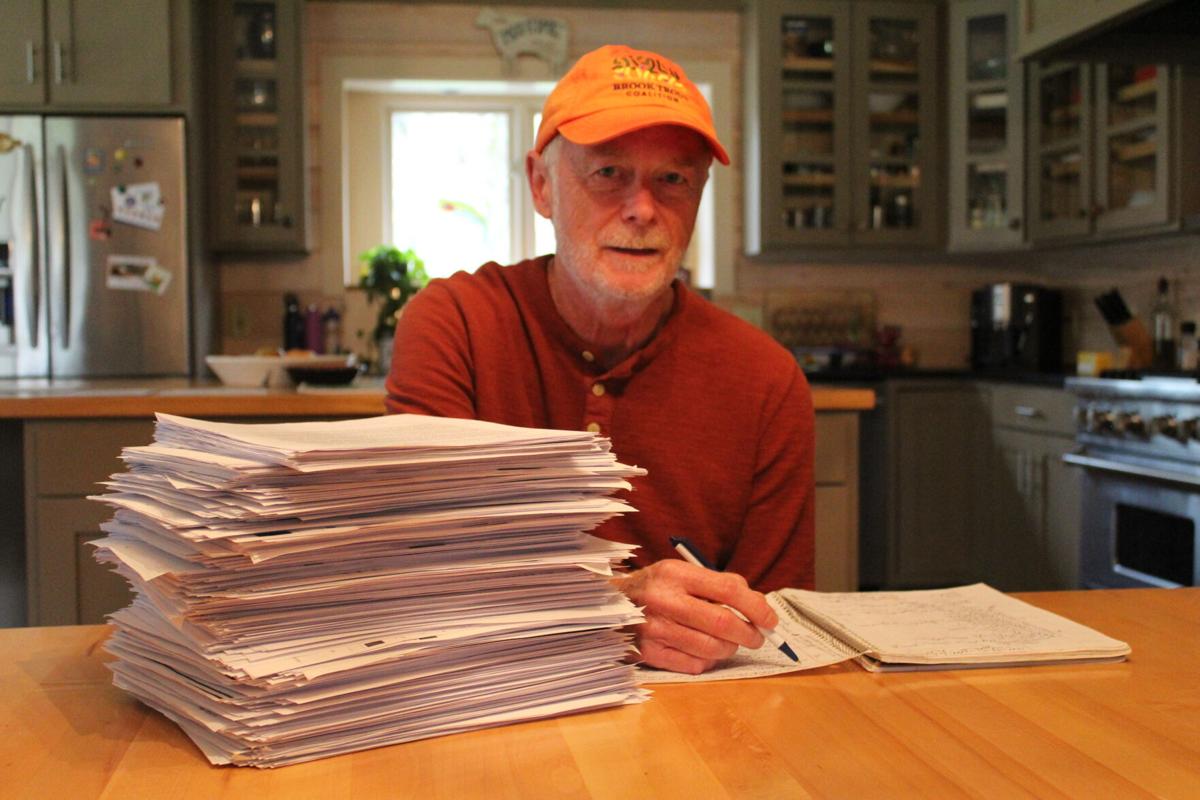 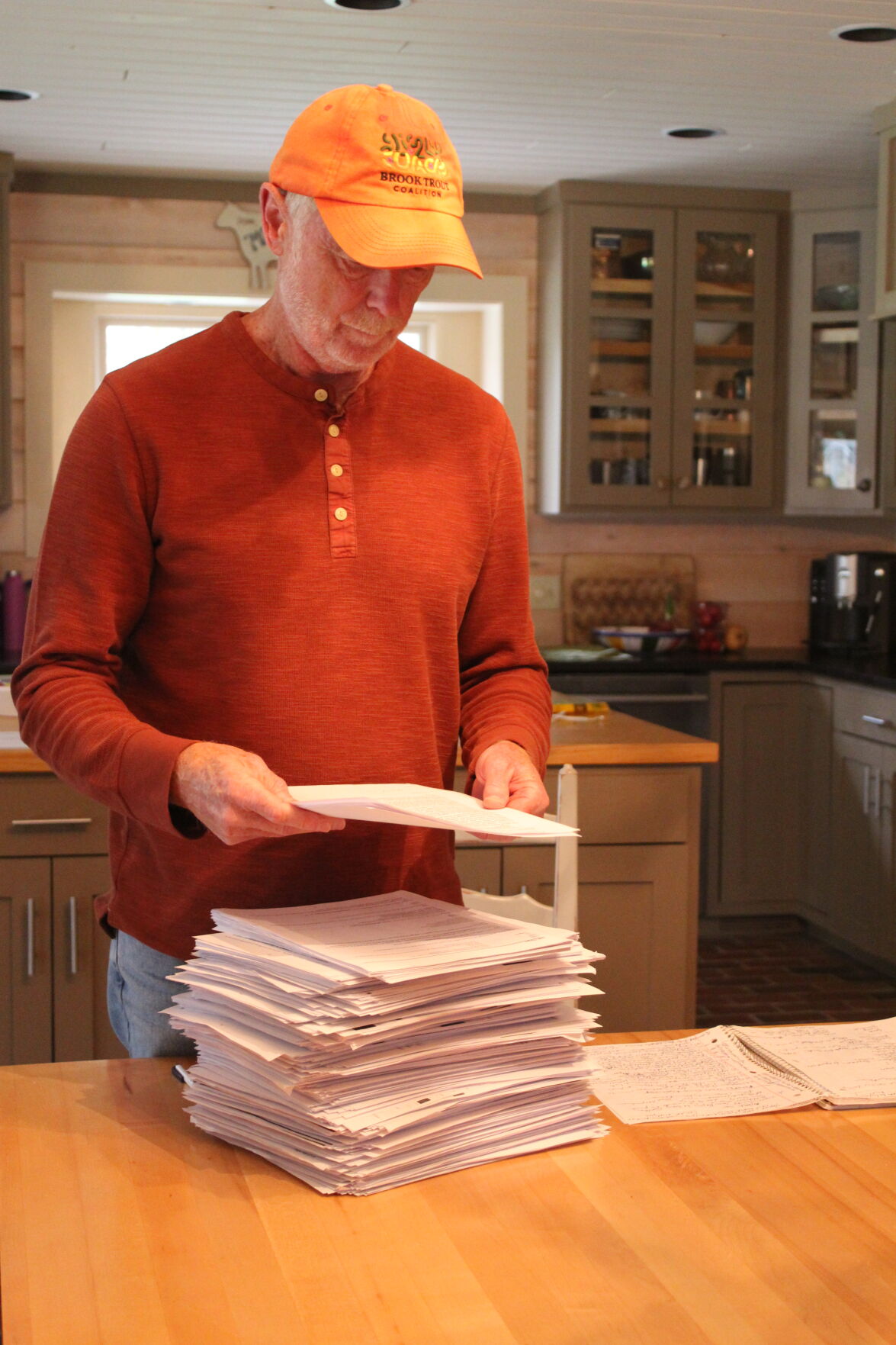 TRAVERSE CITY — A local resident recently submitted a Michigan Freedom of Information Act request to Grand Traverse County asking for documents related to a controversial vaccine resolution passed by the county board in August.

Ted Wendling’s request netted 53 pages of information he asked for: emails — mostly from people not happy about the resolution that bans the county from mandating vaccines — a copy of the resolution and its corresponding policy.

It also netted more than 1,300 pages of stuff he didn’t ask for, including Michigan Golfer News and several articles from a local news outlet about the healthier drinking culture study in Traverse City, childcare in Leelanau and the city manager’s salary agreement. Wendling received numerous copies of a Veterans Affairs grant agreement, several more of an agreement to establish lake levels for Wolf Lake in Muskegon, a 2020 annual report from 13th Circuit Court and emails to county Administrator Nate Alger about Michigan Trails Week.

The pile includes death notices, real estate listings and information on fall fashions. Some of the pages were even blank.

“It’s almost as if they saw a pile of papers sitting somewhere and said, ‘Give these to him and hope he goes away,’” Wendling said.

The stack is just short of a foot tall and had a price tag of $80.

Wendling filed his FOIA on Sept. 23 requesting all communications pertaining to the Resolution in Support of Vaccine Awareness and Medical Autonomy sent or received from Aug. 18 to the date of filing by Alger, Deputy Administrator Chris Forsyth, county Clerk Bonnie Scheele and county board Chair Rob Hentschel.

Wendling was seeking information on who was carrying out the directions in the resolution to send a copy of it to every county in the United States — something he says is a huge undertaking and not a legitimate use of taxpayer money, regardless of whether a person agrees with the resolution.

None of the documents he received answered those questions.

When the resolution was approved in August, Hentschel said he had 50 volunteers ready to each take a state and gather email addresses for all those commissioners. That hasn’t happened, according to Hentschel.

Part of Wendling’s request was denied Oct. 13 by Kit Tholen, civil counsel for the board. In his notice of denial Tholen wrote that the item does not exist under the name provided in the request, and that redacted information contained records that are subject to attorney-client privilege.

There were no redactions on any of the pages Wendling received, which he said signaled to him that entire documents were withheld.

Wendling filed an appeal with the county board, which ultimately will make the decision on whether to release more documents.

The appeal was to be on the agenda at the Nov. 17 meeting, which was canceled. Wendling said Tholen called him to ask for an extension until Nov. 29, when the next regular meeting will take place. Wendling granted the extension.

The resolution bans the county from mandating vaccines and proof of COVID testing for employees and requires the Grand Traverse County Health Department to provide public health messaging that encourages people to talk to their health care provider about the risks and benefits associated with the COVID vaccine.

The county, including the health department, also may not encourage private employers in the county to establish vaccine mandates that would “hinder medical autonomy.”

When the county board approved the resolution, the decision triggered harsh criticism of board members who some said were weighing in on a topic that should be left to health professionals. Commissioner Betsy Coffia was the only commissioner to vote against it. Bryce Hundley was absent. Coffia and Hundley are the two Democrats on the county board.

When Dr. Michael Collins, former medical director for the health department, openly condemned the resolution his contract was not renewed. He had been with the department for 28 years.

There also were many public commenters who supported the resolution.

The resolution instructed Hentschel and county staff to forward a copy to every county commissioner or their equivalent in Michigan and across the United States. There are 3,143 counties, parishes, boroughs and census areas in the country.

When some residents noted during public comment that blanketing the country with the resolution is a waste of taxpayer money, Hentschel said the county was already in the process of getting lists of emails for commissioners from established associations, as previously reported.

Since the resolution was passed Lisa Emery, administrative assistant, has obtained emails for all of Michigan’s commissioners, Hentschel said.

“So now it’s just a matter of cutting and pasting,” he said.

Emery was unable to find email addresses for commissioners outside of Michigan, Hentschel said. He said a community member offered to do it, but Hentschel said that person told him the national list cannot be obtained without paying a lot of money. He did not know the exact figure, but said it was at least $1,000. He would not say who the community member is.

“That’s where we’re at,” he said. “We have not spent thousands of dollars on this.”

Wendling was a reporter and editor for 22 years with the Cleveland Plain Dealer and now writes a newsletter critical of “county commissioners and their willingness to to get involved in issues that are either out of their lane or issues that continue to fight these Republican culture wars,” he said.

The vaccine resolution is one of those, said.

In Ohio FOIA laws let residents look at the documents they request before deciding which ones they want to take and only paying for those, Wendling said. He said FOIA costs are too high in Michigan, especially when requesters find themselves paying for articles about golf scores.

“It dissuades members of the public from pursuing their requests,” he said.