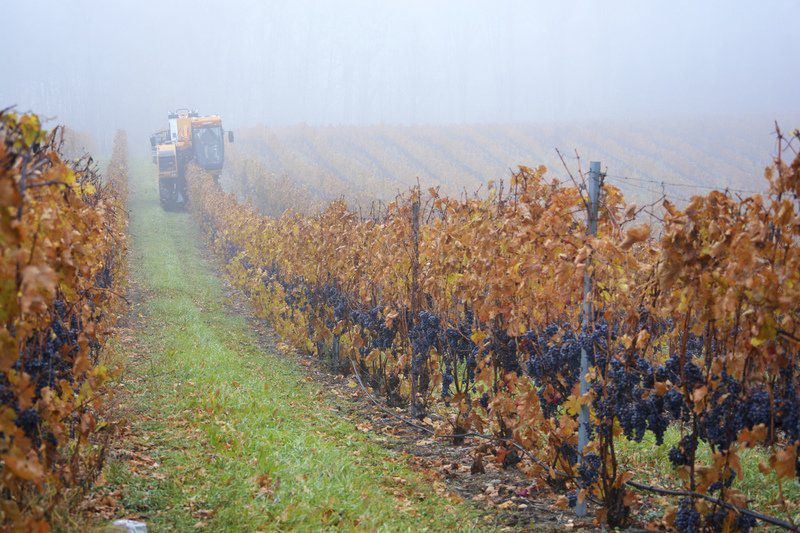 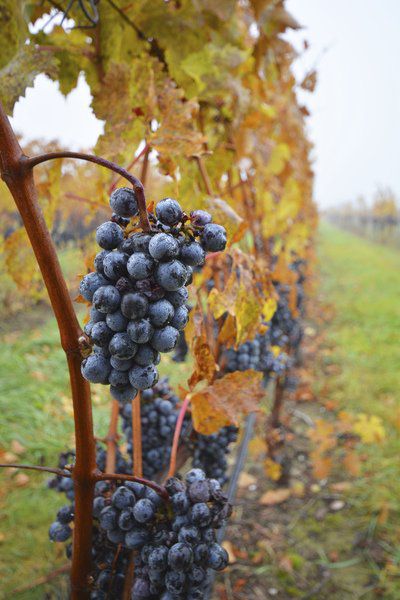 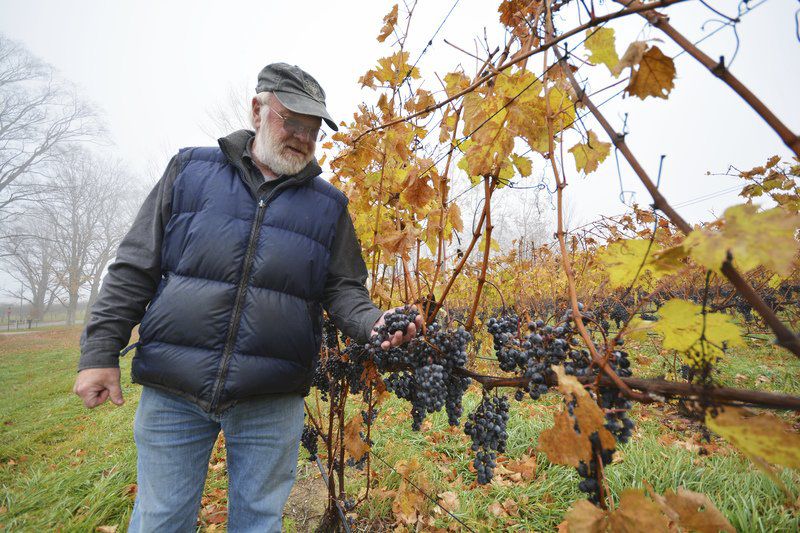 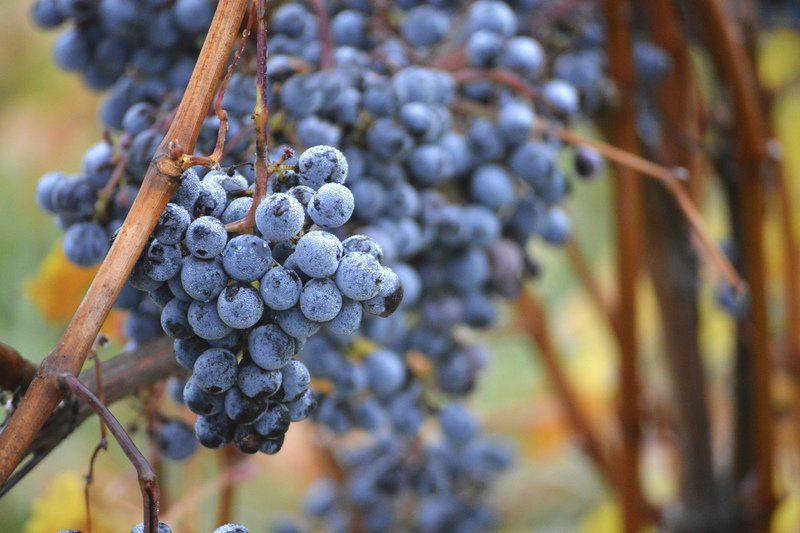 Record-Eagle/Dan NielsenCabernet Franc grapes about to be harvested on Old Mission Peninsula on Tuesday. 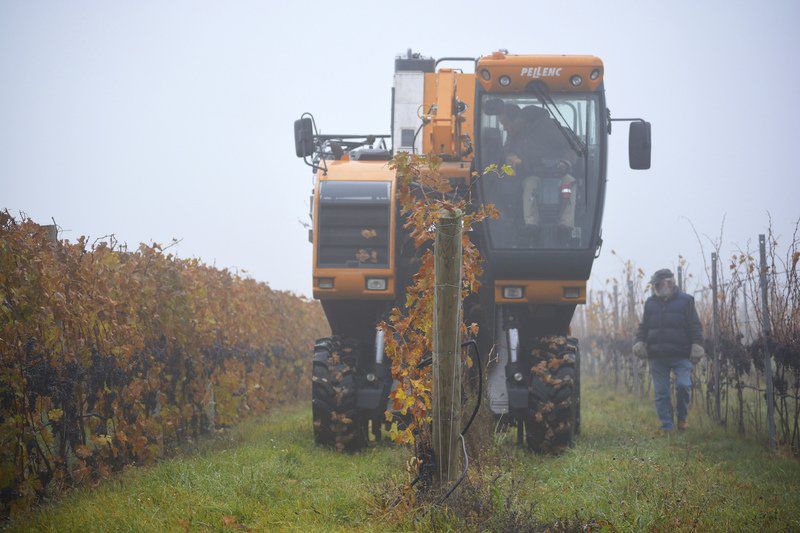 Record-Eagle/Dan NielsenCabernet Franc grapes about to be harvested on Old Mission Peninsula on Tuesday.

"We had a great growing season," said Lee Lutes, head winemaker and general manager of winery operations at Black Star Farms in Leelanau County. "Lots of sun, lots of heat, adequate rain late in the year."

That was a welcome change from conditions in 2014 and 2015, when frosts and storms reduced crop yields in the region.

"We were very pleased with the year's harvest, having come off two bad years," said Jan Van Maanen, tasting room manager at Hawthorne Vineyards on Old Mission Peninsula. "2015 was really bad for everybody."

A freeze during late May in 2015 put an early crimp in last year's crop. A violent storm in August 2015 then physically damaged wine grapes along with other crops across the region including apples. The 2016 growing season by contrast was mild.

"Mother Nature was certainly in our favor this year," Van Maanen said. "The crop looked good."

Lutes said the harvest at Black Star's vineyard south of Suttons Bay is on target. He said vines can overreact to harsh weather.

"Sometimes you get an unusually heavy crop the following year, which can lead to problems," Lutes said. "That wasn't the case. The crop was nicely balanced. It was an average size crop."

Most all grape varieties cultivated by Black Star produced well this season, he said.

"There's an awful lot of really nice whites out there, any of the aromatic whites," Lutes said. "A number of those varieties are really, really nice. Cabernet Franc and Merlot did particularly well."

"There's a little bit of Riesling hanging out there," he said. "We're just about done."

"Pretty nice, all things considered," said Marie-Chantal Dalese, president and CEO. "In terms of quantity, on the low end of normal."

The vineyard grew about 300 tons of grapes this season.

The two recent cold winters affected vine growth and forced Chateau Chantal to devote many hours of labor this year to retrain vines.

"We have 90,000 vines and each one of them needed hand training," Dalese said.

But all varieties, both whites and reds, at the vineyard produced well this season. Dalese said warm summer and autumn days allowed grapes to mature, but sporadic rains during the October harvest period delayed picking.

"That's why we're still working in November," she said.

Chateau Chantal Vintner Mark Johnson said the winery is using the 2016 harvest to resupply its cellar after the last two difficult years.

"We've been fermenting a lot of small batches," said Johnson. "Because our cupboards are bare, we've been trying to get as much as we can."