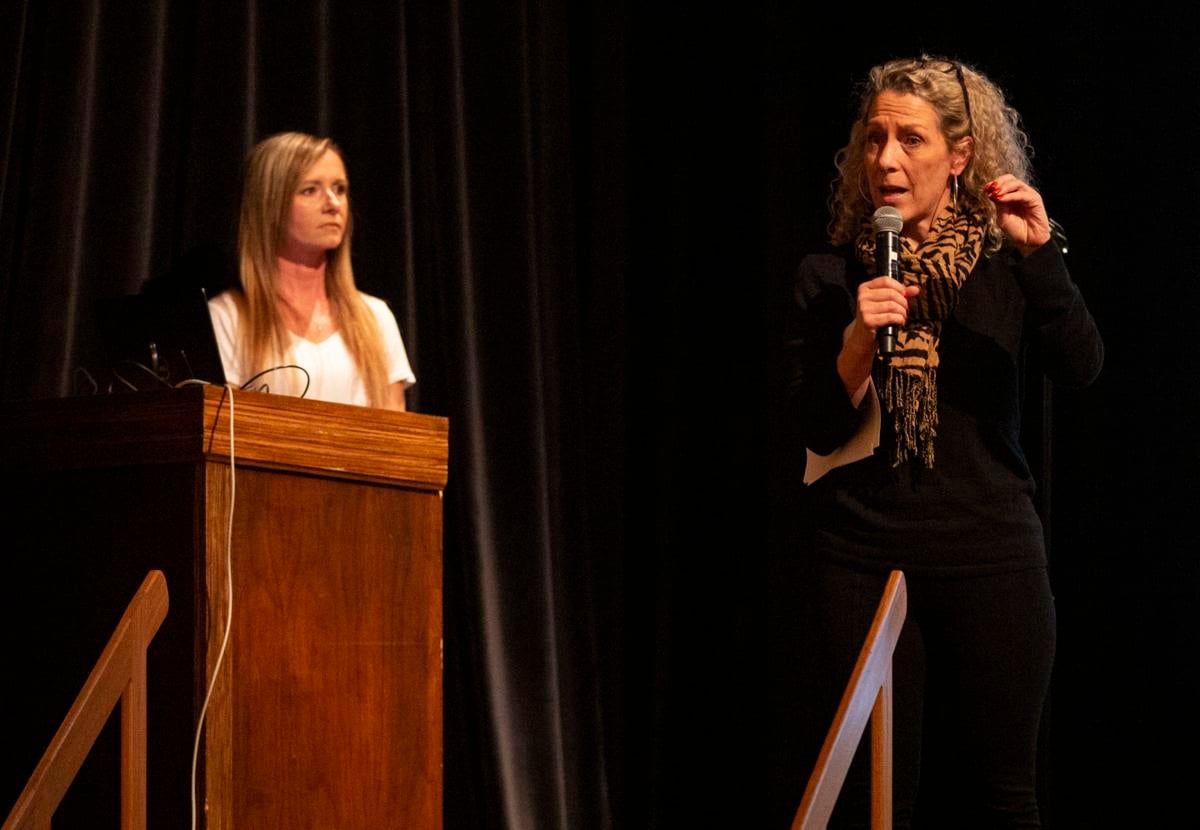 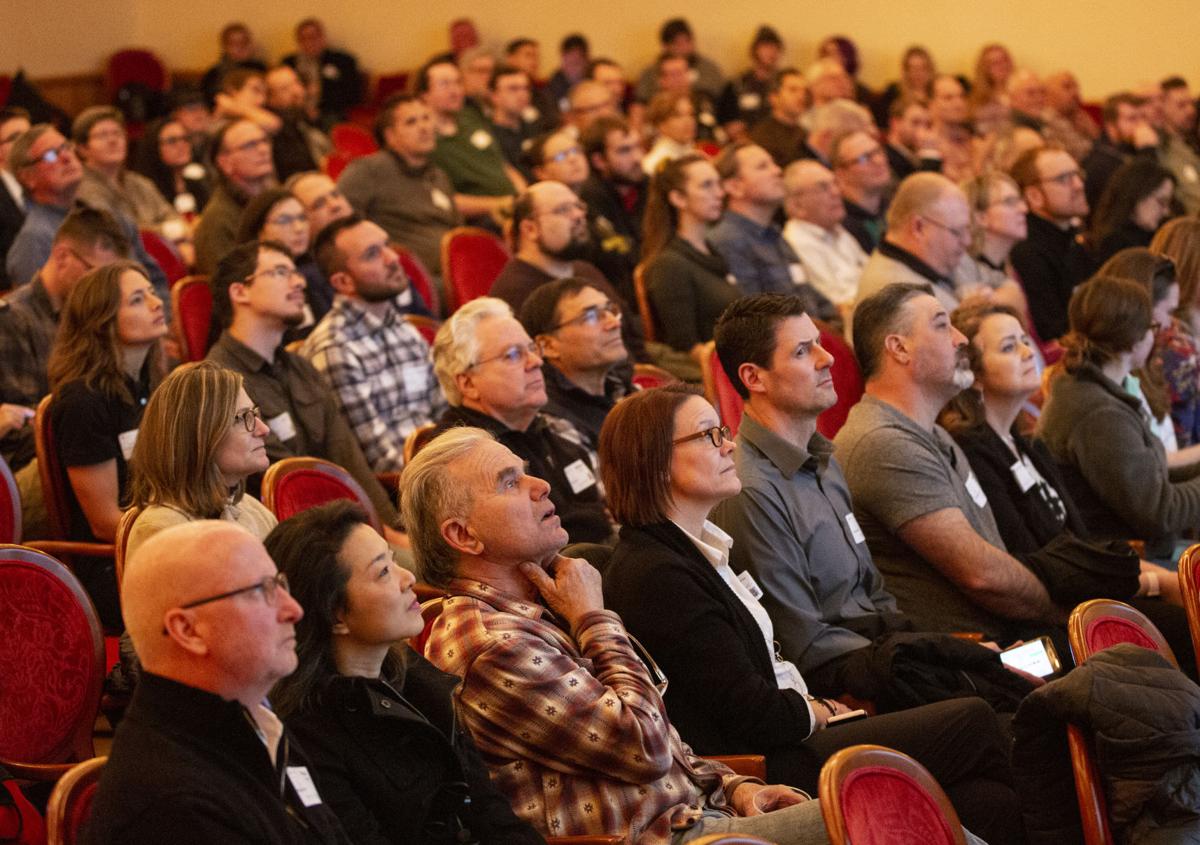 An audience listens to pitches during TCNewTech’s monthly pitch night at the City Opera House in Traverse City in March. The March 4 event was the last live presentation before the COVID-19 pandemic forced the organization to hold Virtual Pitch Nights. TCNewTech will hold its fifth Virtual Pitch Night on Aug. 4. 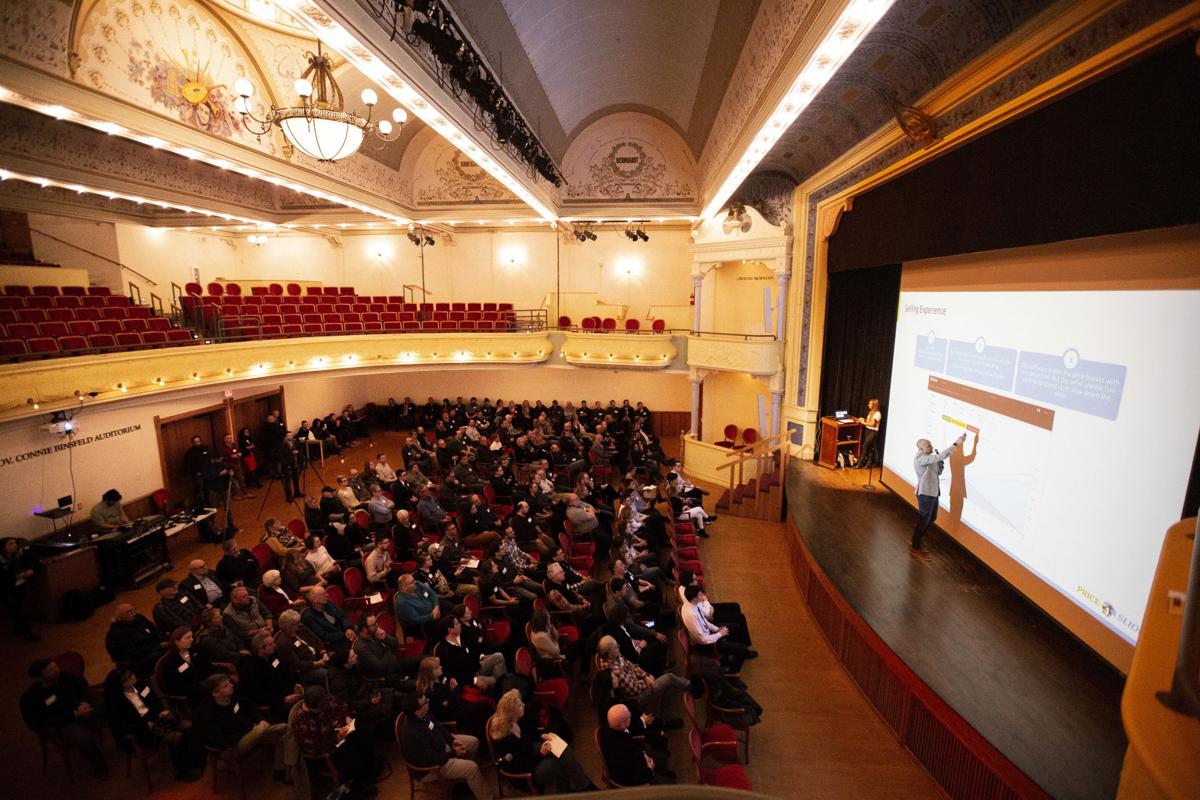 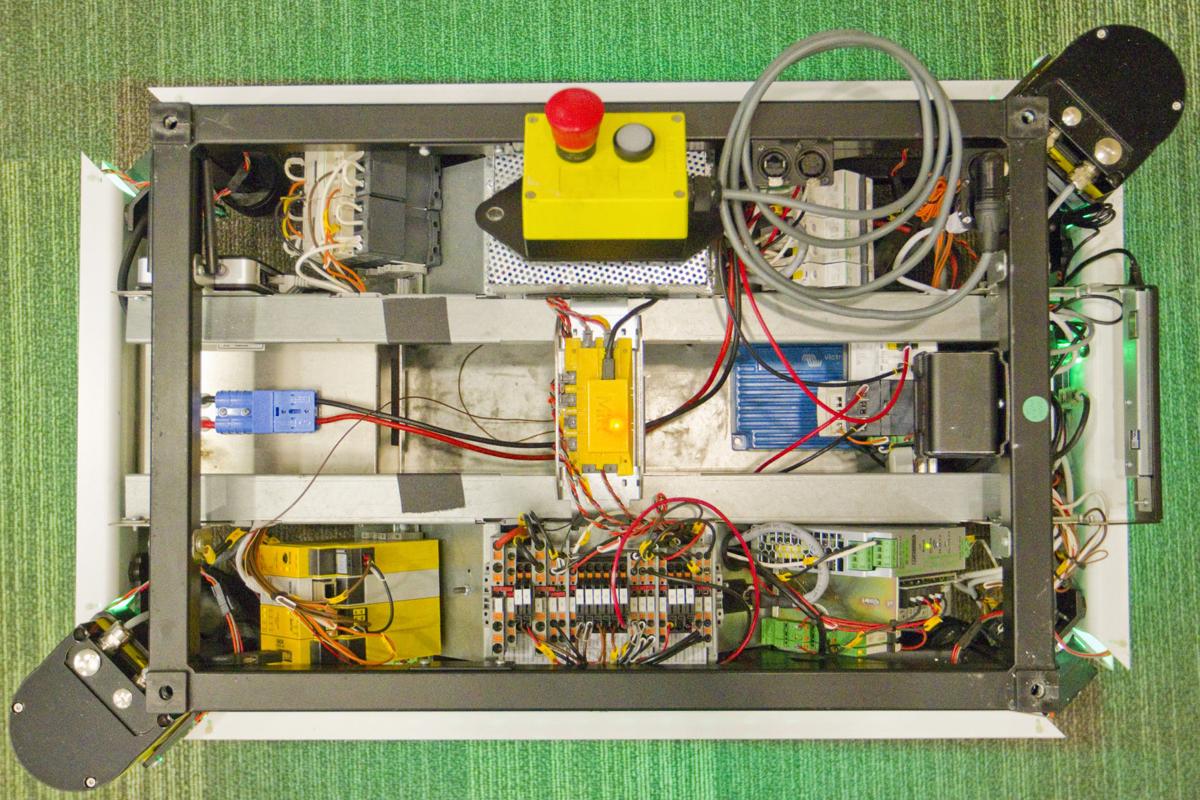 An audience listens to pitches during TCNewTech’s monthly pitch night at the City Opera House in Traverse City in March. The March 4 event was the last live presentation before the COVID-19 pandemic forced the organization to hold Virtual Pitch Nights. TCNewTech will hold its fifth Virtual Pitch Night on Aug. 4.

Editor's note: This article was published in the Record-Eagle's Rise special publication. For more stories from northern Michigan's economic engine click here to read Rise in its entirety online.

TRAVERSE CITY — What was once the bastion of Ann Arbor to the south or Silicon Valley on the west coast is no longer.

Technology and entrepreneurship have been a strong part of northern Michigan for the second half of the last decade, and it shows little sign of letting up in the next.

One thing the COVID-19 pandemic accelerated in the ability for a portion of the workforce to function remotely without being tied to a physical office. Talented entrepreneurs are everywhere and Traverse City entities like TCNewTech and 20Fathoms are helping to bring technology-based ideas and people into the area from some more traditional locales.

“TC is getting a tech culture,” Schindler, the CEO of environmental and software app company SampleServe, said before the pandemic hit. “That kind of culture just snowballs on itself.”

As defined on its website, TCNewTech “is a community of tech enthusiasts, businesses, entrepreneurs, and Michigan policy makers building a culture of innovation, economic growth and opportunity for local talent in the Traverse City region.” The organization celebrated its fifth anniversary in the middle of the pandemic.

As with a many good ideas in the world of business and technology, the concept of TCNewTech isn’t completely fresh. It came to the Traverse City area because Schindler copied it from somewhere else. Schindler for three years attended monthly meetings of A2 New Tech in Ann Arbor, making the trek from Traverse City in search of people to write software.

“I thought it was a great format,” the geologist said. “It was very fast paced, but with a lot of information.

“I need to hire my own staff so we can get it done faster, cheaper and not have to wait for their schedule.”

Schindler said there about 100 people at the average A2 New Tech meeting, and they “were all software geeks.” He included himself in that term of endearment.

So Schindler decided to take the A2 out of the equation, and TCNewTech was born. He went to the Traverse City Area Chamber of Commerce (now Traverse Connect) and had five companies pitch their ideas to investors. Naveego, Sun Frog, a hot water company, an app to locate an available boat slip, and one other company.

Schindler said there were 50 or 60 people at the first TCNewTech Pitch Night, between 70 and 80 at the second.

“We suddenly got to where it was standing-room only,” Schindler said of the gathering at the chamber building. The meeting moved to the CenterPointe building on West Grand Traverse Bay for a year, then the Ecco space downtown for another year, before settling into the City Opera House.

After the March gathering, COVID-19 turned up. So instead of letting the meeting fall by the wayside, TCNewTech went virtual, livestreaming the event on Facebook and YouTube and expanded its audience in the switch from physical to virtual venue.

TCNewTech Executive Director Jennifer Szunko, who was hired in January, reported 420 engagements on Facebook and 137 views on YouTube.

“Normally we get 150-200 people who will attend an event and we have a much similar reach,” Szunko said after the first virtual event. “We definitely saw increased participation and it is definitely growing. People can replay it and continue to share it.”

After rechecking the numbers less than a week after Virtual Pitch Night, it had a reach of 1,885 people with 764 engagements. TCNewTech’s Facebook page had 11 shares and 950 views, a 2,700 percent increase on its Facebook page from the week before.

“People actually get money here,” he said. “People know Traverse City is the place with people that have money. That’s why they’re there. They actually get investments.”

It’s also a two-way transaction, Schindler said, likening it to a dating app.

TCNewTech features a $500 monthly prize, which even comes with the ceremonial big check.

“It’s bragging rights,” Schindler said. “You had the best idea out of five. But it gives you some attention and that’s really the idea.”

Taking a lot of ideas and turning them into physical companies and jobs was where 20Fathoms dove in. An incubator, 20Fathoms bills itself as the “home of technology and entrepreneurship in northern Michigan” from its home on the second floor at the corner of Park and Front Street.

When 20Fathoms opened midway through 2018, the goal was to make Traverse City a destination for tech companies and talent. The space, which has very few traditional offices, is designed to foster collaboration.

“Why does Traverse City need this?” said 20Fathoms executive director Andy Cole. “The answer is that we have all the pieces of the puzzle here in Traverse City for a thriving start-up community. The problem is they are all in (different) places.

“Then you have new organizations like us that are not only trying to pull it all together, but are trying to put programming in place that provides content to stimulate this group and get them meeting each other, creating those relationships where you now have teams of people making it happen and not just individuals doing it on their own.”

In true start-up fashion, Cole stepped down at the end of 2019. In announcing his departure, Cole said in a release his “skill set was uniquely positioned to help the organization fulfill its mission to create a thriving and connected startup ecosystem in Traverse City.”

The same release said 20Fathoms supported “70 entrepreneurs and innovators” from 30 companies that helped create more than 100 jobs, including 40 local positions that had an average annual salary of more than $90,000.

Enter new executive director Lauren Bigelow, who spent the last 20 years based in Ann Arbor while working “all over the globe.”

Bigelow worked in educational programming at incubator IT Zone while working toward her doctorate in Ann Arbor.

Bigelow worked at Clean Tech Venture Network, now Clean Tech Group, London-based New Energy Finance before it was bought by Bloomberg Financial in 2009. She was the executive director of Growth Capital Network, started the Accelerate Michigan competition, and was on the faculty of the Ross Business School at the University of Michigan.

20Fathoms has 68 members, both individuals and companies.

“I want to build on what Andy created and try to take it to the next level,” said Bigelow, who plans to use her experience with mentors, angel and venture capitalists to spur another growth spurt.

Bigelow also plans to use her experience in education to identify and develop more entrepreneurs, especially at the K-12 school level.

Bigelow said she’s made connections with employers like Munson Healthcare, Hagerty and Britten to continue the message that there will always be a place in Traverse City for tech workers. She said more tech jobs lead to a broader tax base and a broader business community.

“If someone is in the tech sector, we can find a home for them whether in one of our burgeoning companies or help them create ... business here in Traverse City,” Bigelow said. “Then they can help others and the cycle continues.”

As the pandemic showed, business can be done from anywhere and where better than Traverse City.

“It’s a great town to live in,” Schindler said. “The good thing about technology is, this company can be anywhere.”

Incubator 20Fathoms has supported 30 companies that helped create more than 100 jobs, including 40 local positions that pay an average annual salary of more than $90,000.