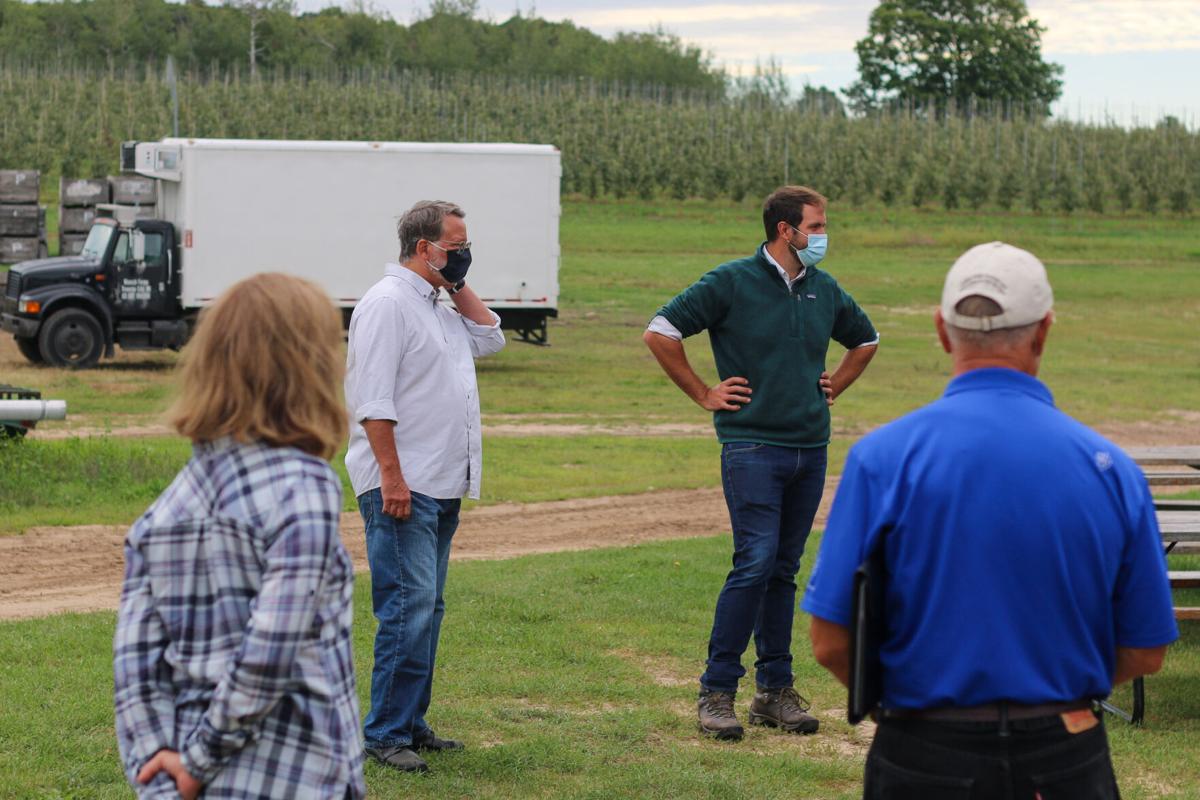 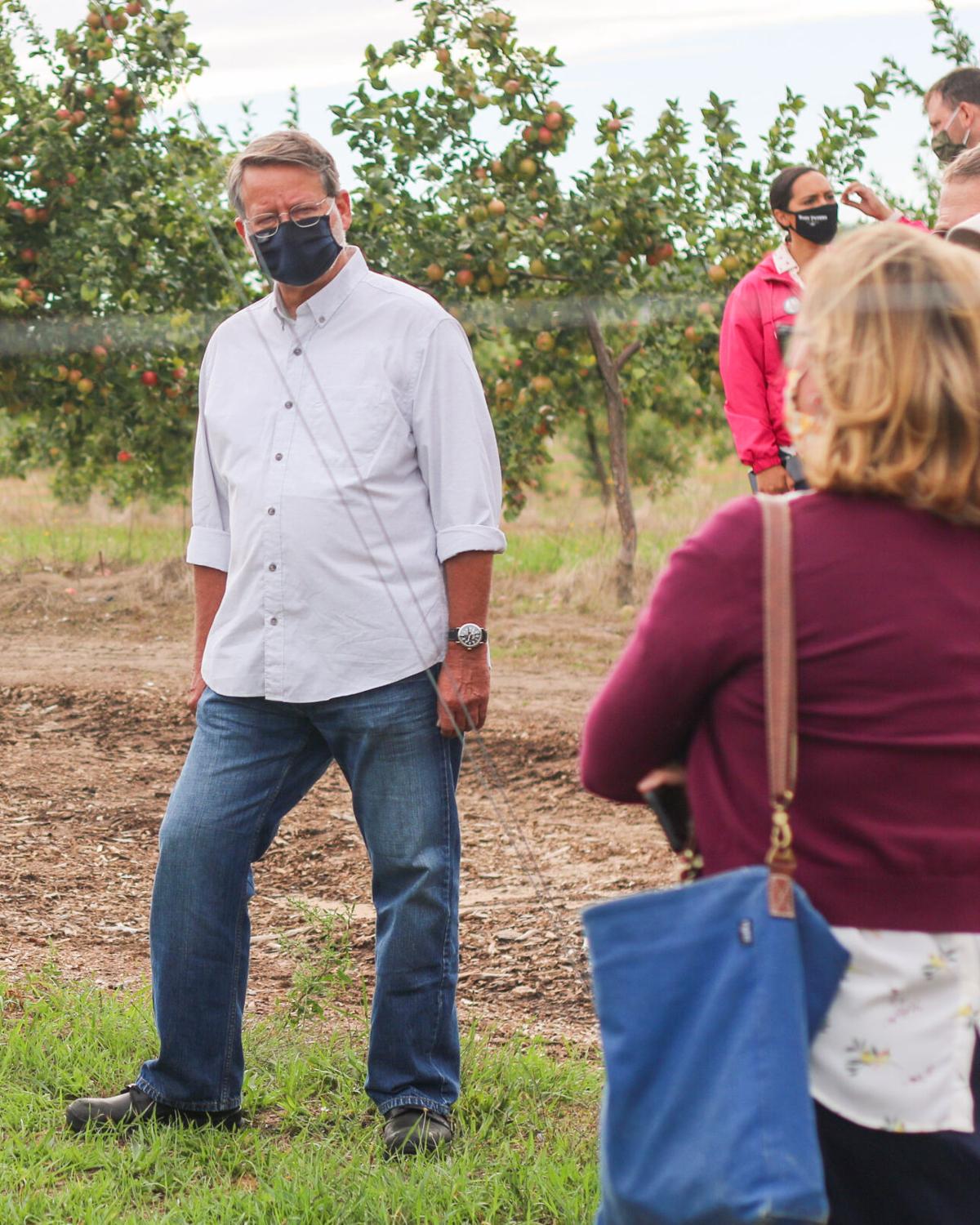 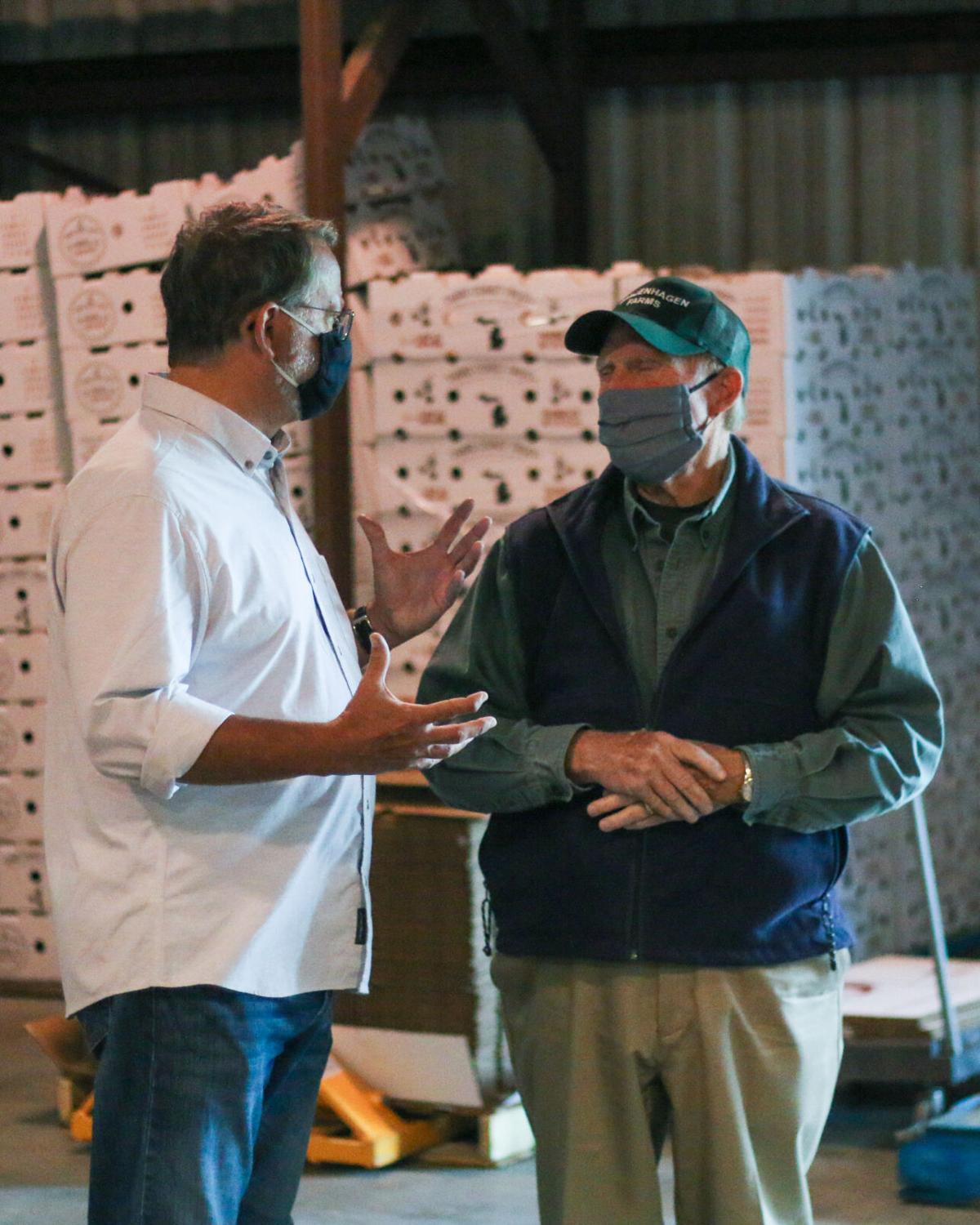 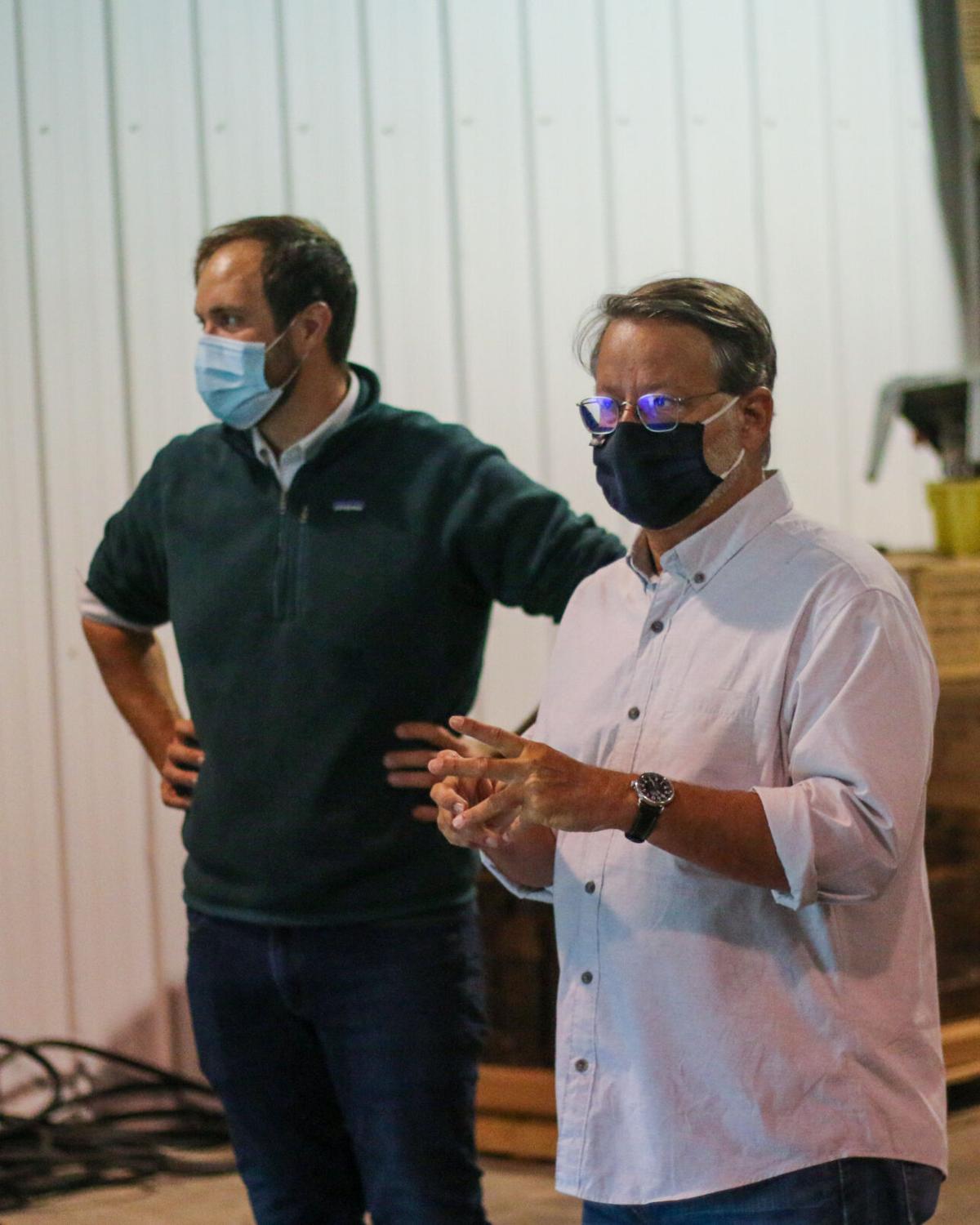 TRAVERSE CITY — Senator Gary Peters came to a cherry farm on a motorcycle and left with a bag of peaches.

The visit to Wunsch Farms, a stop on Peters statewide motorcycle tour, had 20 cherry growers gather with Peters for a roundtable and a brief tour of the farm.

Peters, the Democratic Senator from Michigan, is running against Republican nominee John James for a second Senate term in the November general election. James appeared in Traverse City on Friday during a visit by Vice President Mike Pence at Cherry Capital Airport.

For two years, Peters and other lawmakers in Washington have supported the legal efforts of northern Michigan growers to control the imports of subsidized Turkish cherries into the United States

Shoreline Fruit’s Nels Veliquette in 2019, along with other growers, petitioned the government to impose tariffs on the importation of subsidized Turkish cherries, which at the time the farmers argued was a threat to the industry.

But the International Trade Commission ruled against the industry, saying it “is not materially injured or threatened with material injury by reason of imports of dried tart cherries from Turkey.” The U.S. Department of Commerce previously had determined that the produce is subsidized and sold at less than fair value.

Peters said that ruling was unfortunate, but the fight is far from over.

“One of the things that was probably most troubling about that decision was that the decision was based on Turkish data, not U.S. data,” Peters said. “We all thought that came out of left field — we didn’t think that the ITC would be relying on Turkish information over U.S. government information.

“That’s why we’re now making sure that the ITC actually gets involved in its own investigation to get the true facts that are coming forward.”

The ITC is now willing to collect its own data, Peters said Thursday morning. It’s the latest development in the battle in Washington that’s lasted nearly two years.

A 2019 bill Peters introduced would establish a task force within the Department of Commerce to investigate international trade abuses to take the financial burden away from small businesses. Richard Burr, R-N.C., had signed on as a cosponsor to the bill.

Peters’ work and the visit was appreciated, the farmers said after the event.

“It was another example of what Gary does,” Veliquette said. “He comes out, he meets with the growers, he meets the processors, and he really tries to understand these issues that are pretty complicated.”

Wunsch said he looked forward to working with Peters in his upcoming term, also sending him and his campaign off with a sack of peaches for lunch.