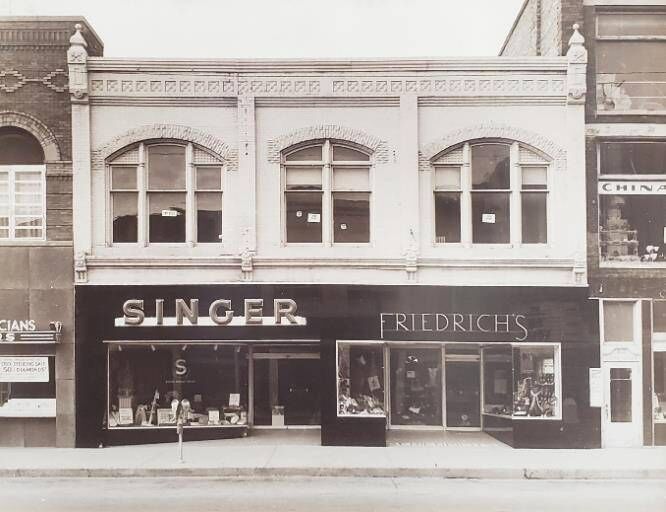 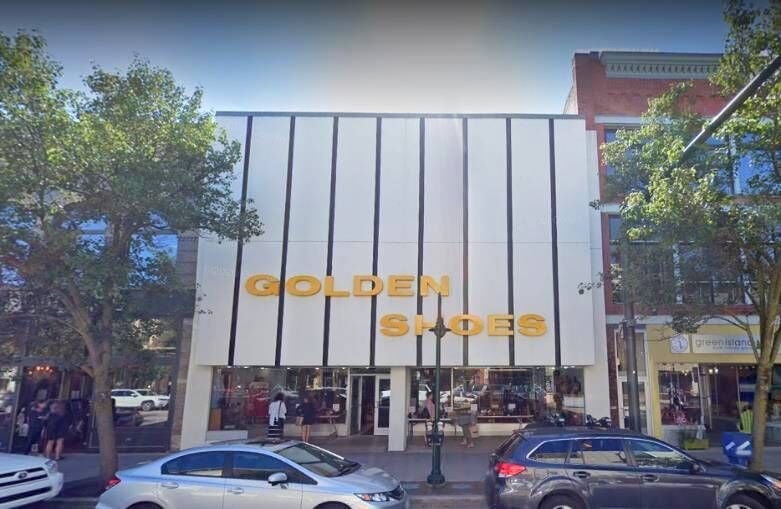 TRAVERSE CITY — The vertically striped facade above Golden Shoes will begin to come down on Monday to make way for four luxury short-term rental housing units. The shoe store will remain on the ground floor.

Bill Golden, who runs Golden Shoes, 122 East Front St., had been thinking of doing something with the second floor for a couple of years. He and five of his siblings own the structure.

“We were approached back in March — that’s when I started working on this, getting it all together,” said Golden. “We started talking, and this all made sense.”

The property will be managed by Traverse City-based Golden Swan Management, a vacation rental company. The management company has no relation to the Golden family.

“Reviving historic buildings, like Golden Lofts, has been a vision of ours for years,” Keely said. “With Golden Lofts, we’re excited to see our client realize not only an extraordinary recurring rental income, but also a substantial leap in the overall value of their property.”

“It’s being called a revival because we are restoring the front of the building facade to its original state,” said Golden Swan Management Director of Marketing and Communications Clover Keyes Roy.

“The removal of that facade is one of the most expensive parts of this whole renovation,” she said. “There are steel girders behind there, and it’s going to take a few weeks or more just to do that part of it, while the renovation is taking place behind the scenes on the second floor.”

The project will include two 2-bedroom units and two 1-bedroom units, with high-end amenities and decorative interior finishes created from repurposed elements of the building’s past incarnations.

Constructed in 1883, the building’s second floor had been used for Chamber of Commerce functions, the National Cherry Festival and a draft site during the Vietnam War. The white windowless facade facing Front Street was added in 1968, and the second floor since has been vacant. Renovations began last week.

“For four generations, this small business has provided for our family,” Golden said. “This new venture will ensure that the next generation of Goldens will have an opportunity to live and work in Traverse City, just like my siblings and I did. Golden Lofts isn’t just about us — it’s about our community, and we hope our Front Street neighbors consider developments like ours — to both protect and enhance the character of this great town.”

The units may be available for rent as soon as May 2022, depending on the speed of construction.

“We’ve got to get through all this, and then figure out (rental) prices,” Golden said. “We don’t know yet.”

“We’ll probably put them up for rent sometime in the new year,” said Keely. “We’ll likely have a two-night minimum. In the summertime during the peak season, Memorial Day to Labor Day, we’ll have a seven-night minimum.”

Golden previously had been approached by other developers who wanted to buy just the second floor, but he decided he wanted to retain control of the entire building.

“Golden Lofts will offer accommodations that will be attractive to partners, guests, and consultants serving the region’s large and medium-sized companies, while also supporting our smaller businesses offering dining and shopping amenities,” Traverse Connect President and CEO Warren Call said in a release. “Investments like Golden Lofts impact our local economy in many ways, and we are excited to see this project advance.”