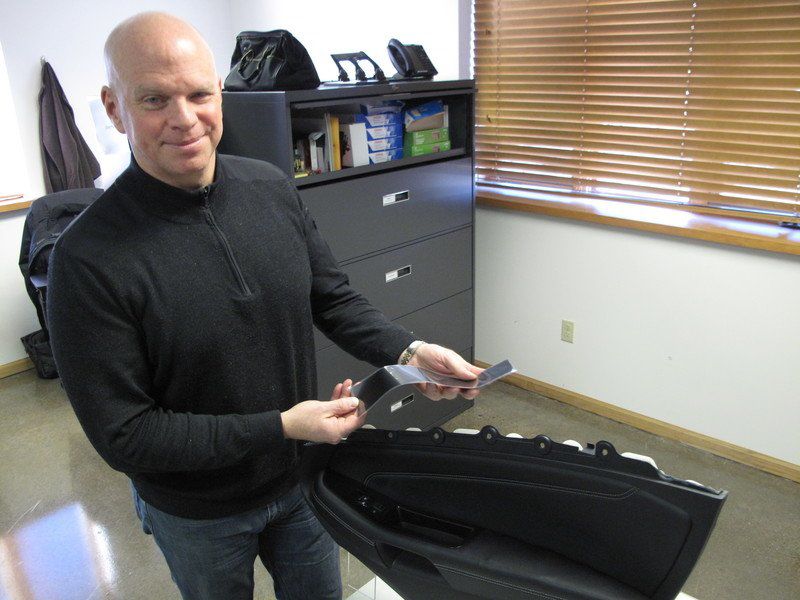 Record-Eagle/Mark UrbanPromethient Chief Executive Officer Bill Myers holds a strip of graphene above a car door retro-fitted with the Thermavance brand that makes the arm rest warm or cold at the flip of a switch. 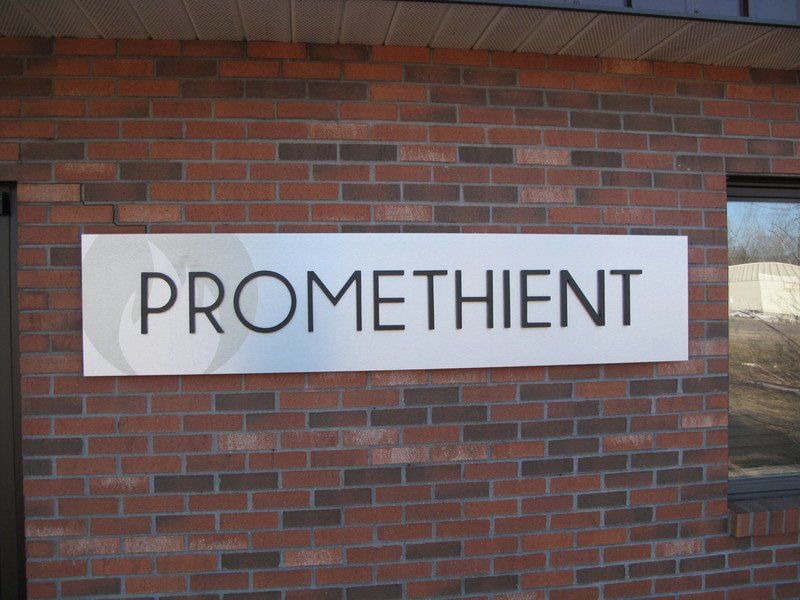 Record-Eagle/Mark UrbanPromethient leases space from MP6 for its Cass Road offices. MP6 will make Thermavance-brand items when the company goes into production later this year. 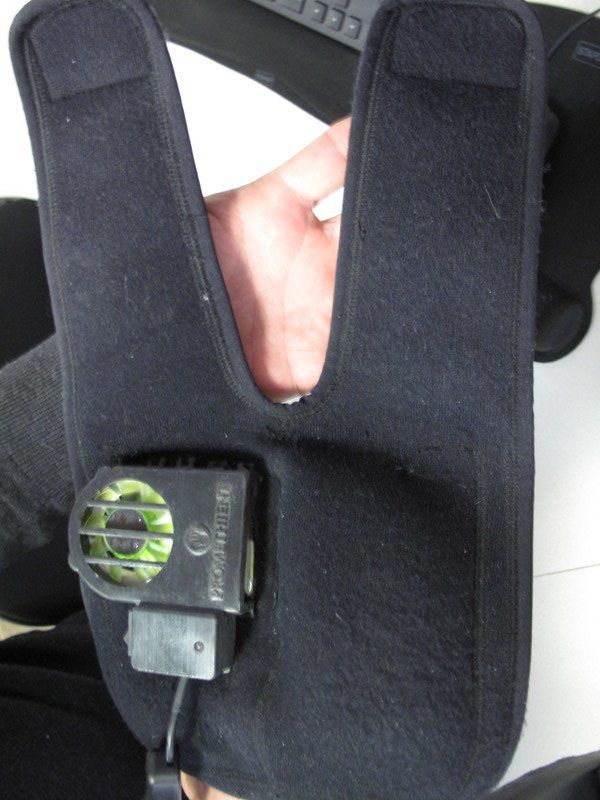 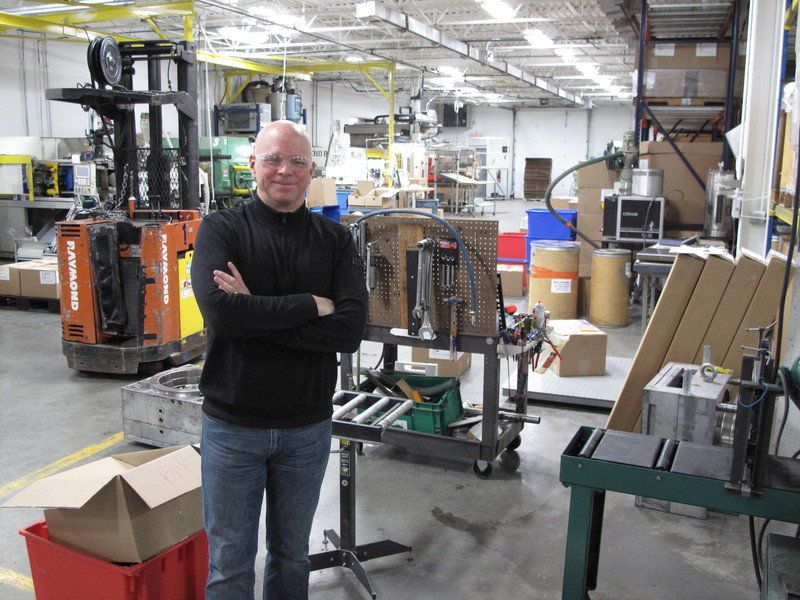 Record-Eagle/Mark UrbanPromethient Chief Executive Officer Bill Myers holds a strip of graphene above a car door retro-fitted with the Thermavance brand that makes the arm rest warm or cold at the flip of a switch.

Record-Eagle/Mark UrbanPromethient leases space from MP6 for its Cass Road offices. MP6 will make Thermavance-brand items when the company goes into production later this year.

TRAVERSE CITY — In Greek mythology, Prometheus stole fire from the gods and gave it to humanity.

Promethient is bringing fire — and cool — to the human body with revolutionary new technology that soon will hit the market in a variety of industrial applications.

The Traverse City start-up company uses a carbon-based, flexible material called graphene to deliver "Human Scaled Climate Control" under its Thermavance brand. Production is scheduled to begin soon and may have a significant impact in several markets.

A $500,000 investment from Traverse City's Boomerang Catapult, LLC in the summer of 2017 and a reorganization of Promethient combine to bring the promise of high expectations the company can have in the fields of transportation, furniture, specialty garments and medical devices.

"We think there are a lot of customers excited about what we're doing, and we're certainly excited about it," said Bill Myers, who was brought in as chief executive officer last summer. "There's a lot of opportunity."

Promethient's Thermavance brand uses patent-pending technology from company founder Chuck Cauchy to heat or cool through conduction. At the center of the process is graphene, a flexible strip resembling tape that is a great conductor of heat.

Research on working with graphene earned a duo in England the Nobel Prize for Physics in 2010. Cauchy developed a way to use graphene coupled with a thermoelectric heat pump so it "can be sewn right into something and it's flexible in all directions" to deliver heating and cooling efficiently.

The whole process is powered electrically.

"It's a semi-conductor and Chuck happens to be an expert in the designs of these semi-conductors that's called a thermoelectric device," Myers said. "If you apply a voltage to it, one side gets hot, the other side gets cold. If you reverse the polarity, those sides reverse."

So now Promethient has a device that can deliver heating and cooling at once.

Transportation is one of the most practical applications for the technology, and the company of six people has been working to retro fit it into seats and armrests for vehicles. One application has it in the armrest of a car door. A side panel at the company's office at 2382 Cass Rd. has an armrest that turns cold or hot at the flip of a switch, all in about 30 seconds.

"It's a simple system," Myers said. "It's elegant in its design and there's a lot of applications for it.

"The armrest is one of them, partially because there's a lot of automakers that want to control the temperature everything you touch and feel in the automobile. We've seen steering wheels and obviously seats, but armrests and center consoles are next."

The thing that Thermavance can bring to the transportation industry is not only the ability to both heat and cool, but the ability to do it better and more cost effectively. That's because the technology affects the person directly, not the surrounding environment.

"The other driving force is the fact that this system, since it's doing conductive heat transfer, so you're physically touching that heat, if you will," Myers explained.

"It's akin to putting a pot of water on the stove and putting your hand near the pot and you can kind of feel the heat. That's convective heat transfer, so the heat is moving through the air to get to your hand. It works, but it's not very efficient. That's how we heat and cool cars now with your central heating and cooling systems."

Cauchy said the Thermavance technology holds promise for internal combustion vehicles, but there may be an even larger vehicle application.

"That's extremely important for, let's say, electric vehicle manufacturers, where every bit of power is range in the vehicle," he said. "Heating and cooling can be several kilowatts of energy used in a vehicle. We are in the hundreds of watts or a hundred watts, so a quantum leap difference. It's so much better, so much more efficient."

Promethient leases space in the MP6 building, a fabrication company that will handle the Thermavance brand when it goes into production later this year, first in golf cart seats and later for a company that makes power sports products. Like the Thermavance website, the company is leaving details purposely vague.

"The thing is with this new technology, these companies want to be the first to market with it and they want a differentiator," Myer said. "They want to be able to have something that other people don't have. So for better or worse, there's a lot of secrecy that's happening."

Myers said while the first of the company's four vertical markets is transportation, the Thermavance brand has other applications in clothing or specialized garments, medical devices and furniture.

One of the Promethient prototypes has a device installed in an elbow brace and another in a wrap for the back. A video on the company's website shows it sewn into the back of clothing for a runner.

Myers said the same application for vehicle seats can be applied to a desk chair. A rechargeable battery pack could be turned on from a mobile phone, heating a desk chair in advance on a cold winter day.

"It's human-scaled climate control in an office setting," he said.

Thermavance has so many uses that it's almost a negative, Myers said.

So Promethient will start with golf cart seats and go from there. Where that takes a company that hasn't yet sold anything other than development projects remains to be seen. But it will be exciting to see.

"More than zero," Myers joked about a sales forecast for 2018. "It'll take a couple of years, but over a three- to four-year period, we think there's significant growth. We think this year will be very telling for us. We'll get a good sense how the market adopts our technology and how much traction we get to scale up to the next level.

"Needless to say, we're very optimistic. We haven't seen anything yet to make us think anything otherwise."