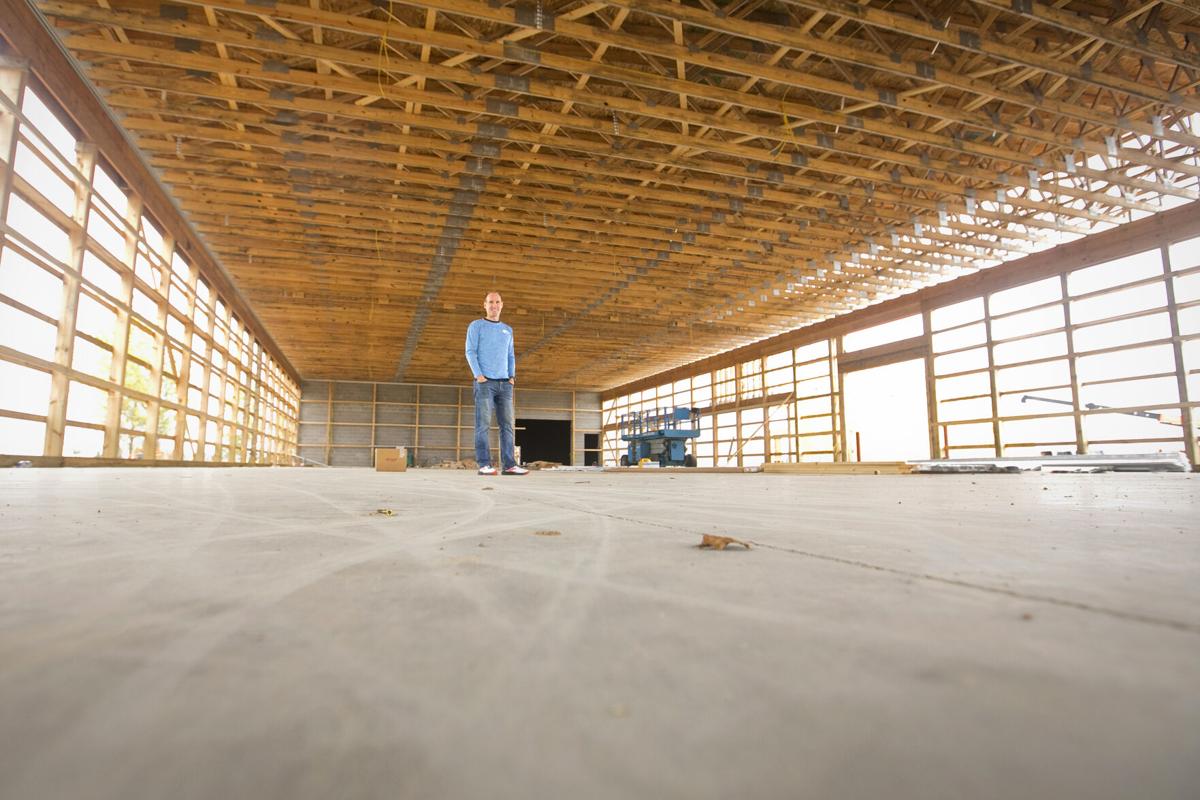 Traverse City’s Great Lakes Potato Chip Co. is expanding to a bigger facility near Chum’s Corners that will double their space, with room to grow. 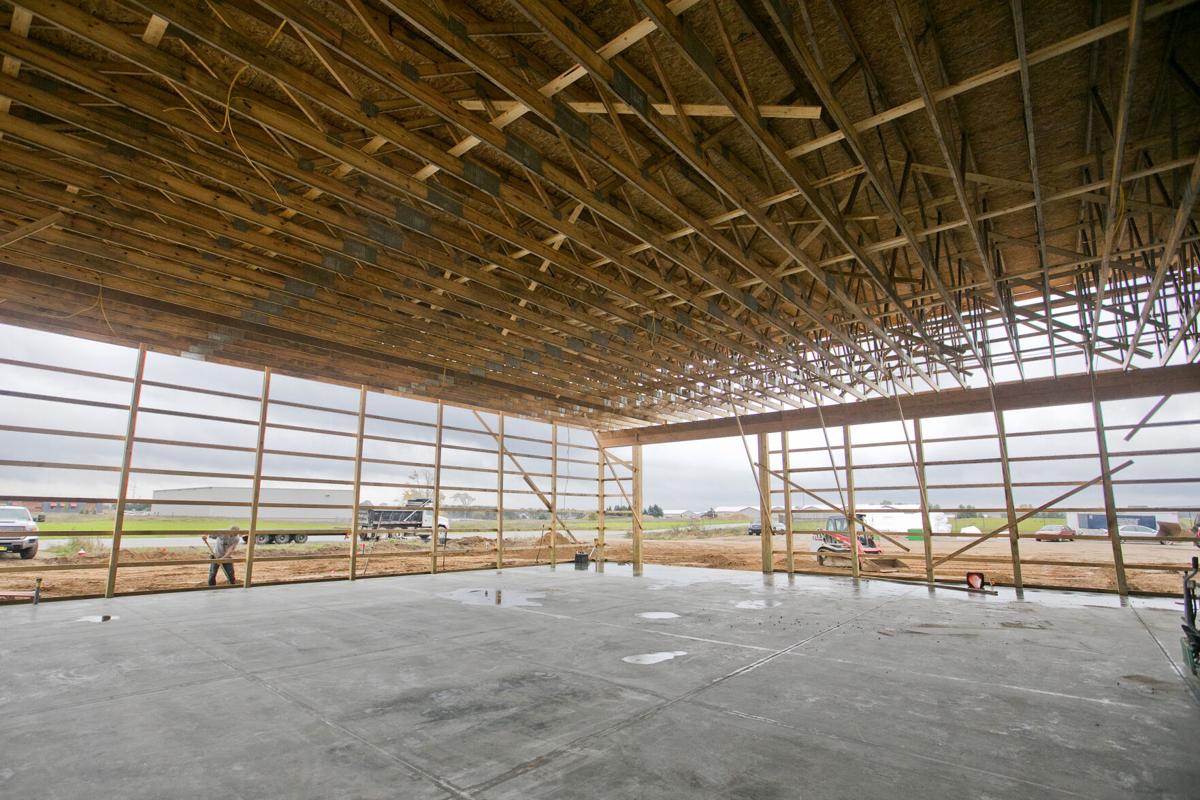 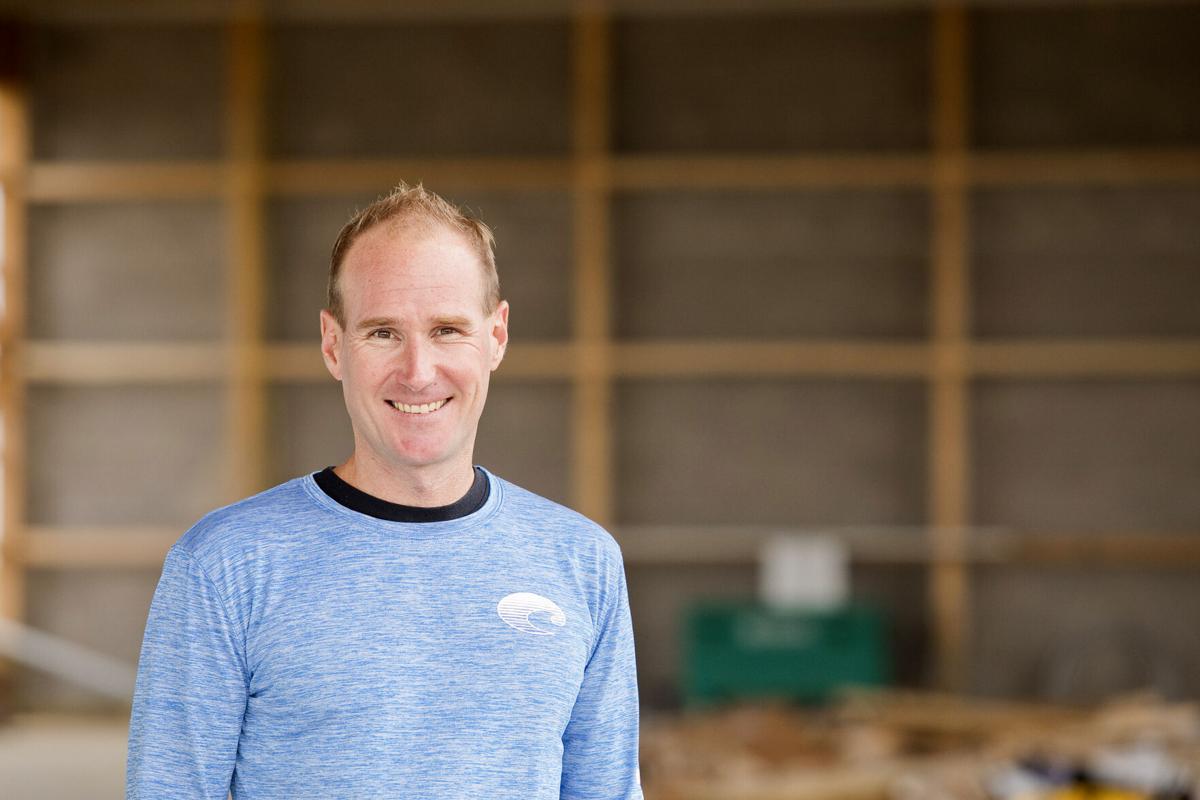 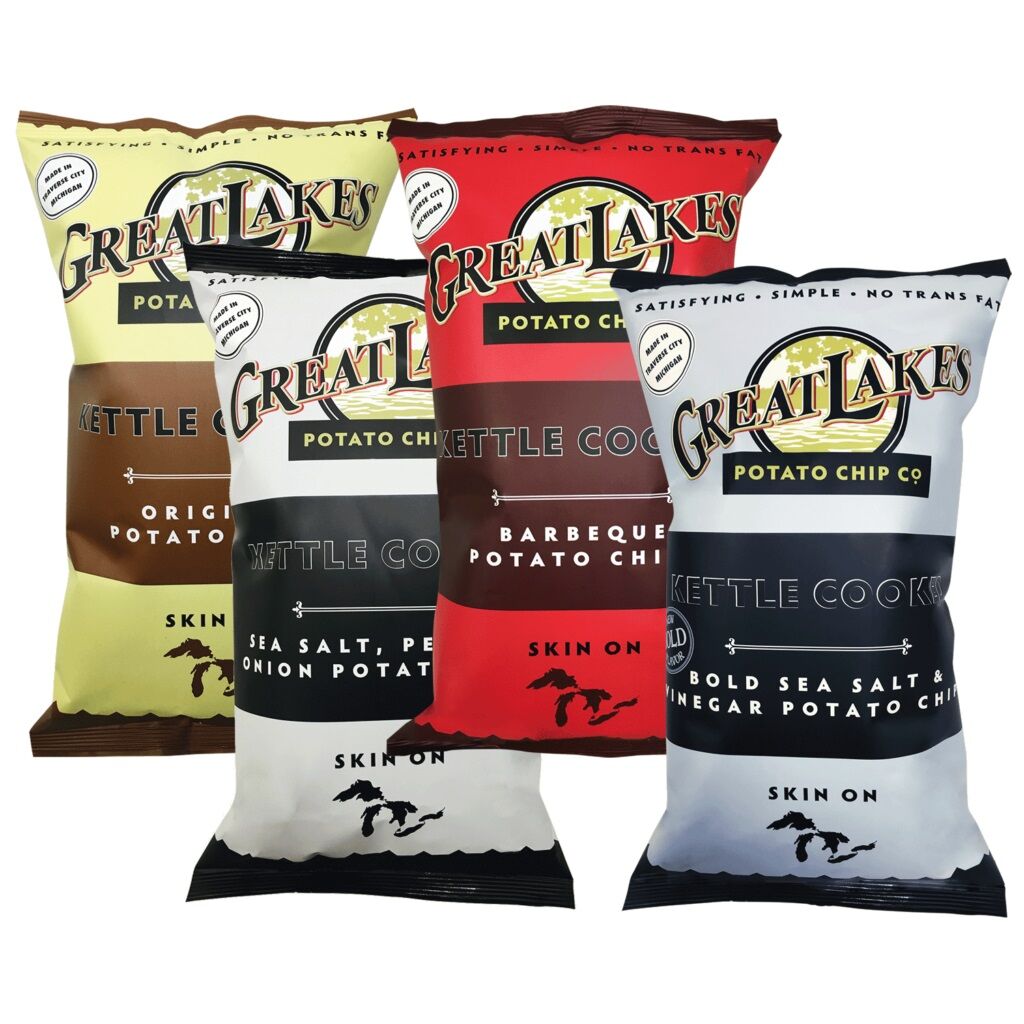 Four of the nine varieties the Great Lakes Potato Chip Co. produces under its own label. The flavors pictured include, from left, Original; Sea Salt, Pepper and Onion; Barbecue; and Bold Sea Salt and Vinegar.

Traverse City’s Great Lakes Potato Chip Co. is expanding to a bigger facility near Chum’s Corners that will double their space, with room to grow.

Four of the nine varieties the Great Lakes Potato Chip Co. produces under its own label. The flavors pictured include, from left, Original; Sea Salt, Pepper and Onion; Barbecue; and Bold Sea Salt and Vinegar.

TRAVERSE CITY — Corrugated columns of tasty treats do not send any mixed messages.

As the Great Lakes Potato Chip Co. finishes its 12th full year of operation, the Grand Traverse County business is preparing to dig into new digs in 2022.

The current location at 6806 E. Traverse Highway (M-72) just doesn’t slice it any more as the family-run business launched in 2009 continues to bubble up and grow. Great Lakes Potato Chip Co. will move into a new facility at 51 W. Commerce Drive in the first part of the next year.

The new 26,000-square-foot production facility and warehouse will nearly double the size of the nearly 14,000 square feet Great Lakes Potato Chip currently operates in. A second phase of construction could add another 12,000.

“We’re just out of room,” Great Lakes Potato Chip Co. President Chris Girrbach said from his upstairs office. “We’ve been out of room. That’s a good problem to have, but a problem nonetheless.”

The ‘problem’ was created by tremendous organic growth from humble roots as chip-chomping customers continue to devour the skin-on, kettle-cooked chips that come in nine varieties.

In its first full year of operation in 2010, the Great Lakes Potato Chip Co. processed 250,000 pounds of the root vegetable. By the end of 2021, Girrbach said that number will be 10 million pounds of potatoes.

The potatoes and the sunflower seed and/or Canola oil are non-Genetically Modified Organisms. The potato chips are cholesterol and gluten-free and don’t contain trans fats, according to the company.

Sommerville said the potato chips are always popular at Oleson’s. Great Lakes is also available at thousands of stores in Michigan as well as in six surrounding states.

“We were their first customer,” Sommerville said. “When they brought their chips into stores, Oleson’s Long Lake Road was the first store they were in. We were pretty lucky to have that.”

Preparation and a little luck were needed when Chris and his father, Ed, first launched Great Lakes Potato Chip Co. in 2009.

Ed Girrbach, whose background was in finance at Merrill Lynch in Detroit, had reduced his duties with the company, but now he is essentially serving as the general contractor for the new building.

“We saw something that was missing in the market and we took a chance,” Chris Girrbach said of the family’s foray into the world of potato chips. “Sometimes it works, sometimes it doesn’t. It’s worked really well. It’s been great.”

Chris Girrbach said he and his father used to drive down to Mecosta and pick up a load of root vegetables from Sackett Potatoes.

“We wouldn’t be where we are without them,” he said. “They are the best partners we would have hoped for. They’re just great people.”

The history section at Great Lakes Potato Chip states the Girrbachs could fit about 1,500 pounds of potatoes in the truck with a modified wooden crate when the business began in 2009. But it was far from an exact science.

“We kind of had to stop when the truck bottomed out,” Chris Girrbach said. “When the springs hit the ground, that’s about when you stopped.”

Chris said the Girrbachs eventually graduated to a box truck capable of carrying 6,000-8,000 pounds of spuds, then to a bigger box truck with a 10,000-pound capacity.

Chris Girrbach said the company would cook potatoes 1-2 days a week for 4-5 hours its first two years in operation, processing about 1,000 pounds a day.

“We made it, we delivered it, we went and got (the potatoes),” Girrbach said of the first four years. “We did everything.”

He said the Great Lakes Potato Chip reached “great penetration in markets outside of Michigan” in 2017-18 thanks to distribution partnerships. Girrbach said the company has 40 employees working in three shifts.

Girrbach said the company should add about five employees in 2022 and possibly more when and if the second phase at its new home is complete.

Girrbach said the company recently upgraded its restrooms and locker rooms in its current facility.

There were also two major additions to the building, but it still isn’t enough at the current location, which also lacks a loading dock.

“The reality for chips is they take up a lot of space,” he said. “The boxes are big. We really need a lot of space to put things.”

Girrbach said the new building is on track for a Jan. 1 construction completion and the company then will start moving offices over and setting up a new production line.

Prior to moving all equipment over in the spring, Girrbach said the company will run at full capacity for about a month to stockpile merchandise before shutting down production on a Friday and getting the new plant functional “two to three weeks later” with an “all-hands on deck” mentality.

The goal is to be 100 percent operational at the new facility by May.

The way Great Lakes Potato Chip Co. has managed to grow in a dozen years, it feels like the plans are in place to make that happen.

“We’re just trying to do it the right way and keep the promises we made to the customers,” Girrbach said.

TRAVERSE CITY — Finding the best regional barbecue chip in the country is no small task.