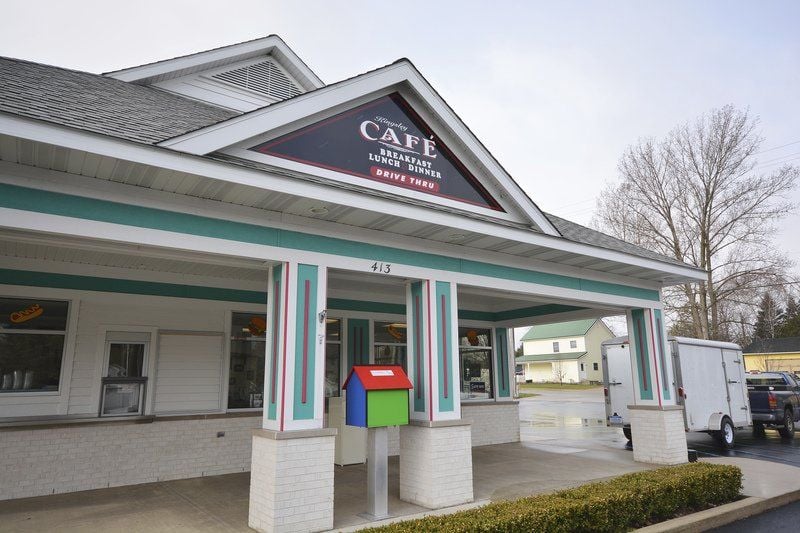 Record-Eagle/Dan Nielsen The Kingsley Cafe, 413 W. Main St., is on track to open in May. 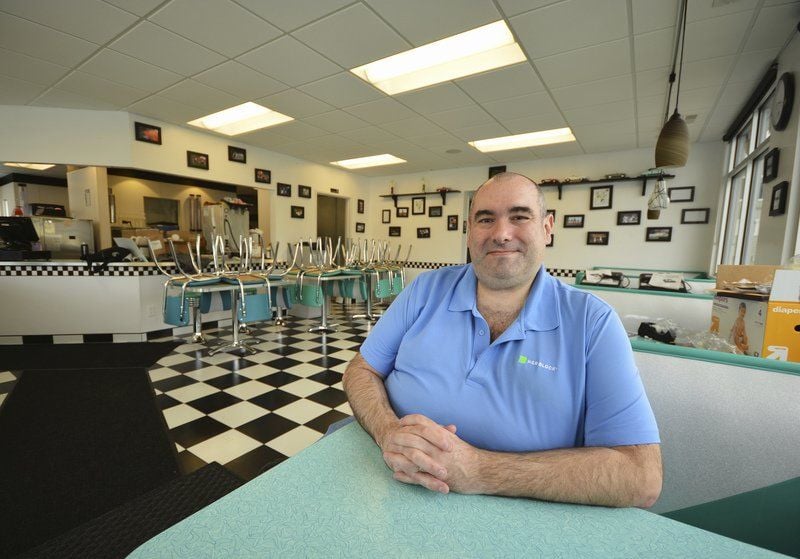 Tony Temple bought a former ice cream parlor in November and is converting it into the Kingsley Cafe.

Record-Eagle/Dan Nielsen The Kingsley Cafe, 413 W. Main St., is on track to open in May.

Tony Temple bought a former ice cream parlor in November and is converting it into the Kingsley Cafe.

KINGSLEY — This community a dozen miles south of Traverse City soon will have a second place to eat breakfast.

The Kingsley Cafe is on track to open this month.

"I didn't want all my eggs in one basket," said owner Tony Temple.

Temple also owns and operates the local H&R Block office, in the Village Plaza near Northland Foods, just east of downtown Kingsley. He and his wife, Cheryl, moved to town 15 years ago.

The couple bought the seasonal ice cream shop at 413 W. Main St. in November. They changed the name and added equipment in the kitchen. They plan to serve breakfast, lunch and dinner.

The year-round eatery will employ between 12 and 18 people. Several people were hired last week. The final number depends on how much business walks through the door and pulls up at the drive-through window, Temple said. The buzz around town is positive.

"From what I've heard, we're going to be busy," Temple said.

Until the Kingsley Cafe opens, there's only one place in town to buy breakfast — Subway, a couple of blocks up the street at Kingsley's main intersection. There was another restaurant a few doors up the hill that had been open for breakfast, but it burned down a few years ago. The other eateries in town don't open until late in the day, Temple said.

Temple hopes Kingsley residents who commute to Traverse City for work will grab breakfast at his place before heading north for their day's toils. He hopes they'll return for dinner. He wants the Kingsley Cafe to become known for the $9.99 cod dinner he plans to serve on Fridays.

"We're trying to make it more of a local hangout," Temple said.

The building is only five years old. It didn't require much updating. They added local photographs to the dining room. A local student painted the Kingsley Stag mascot on the wall.

All three of the Temples' children graduated from Kingsley High School. Temple has served on the Kingsley school board for several years. He now is school board president.

The Temples just purchased the former Paradise Meats building, a mile or so from their restaurant and a few hundred yards east of the Village Plaza. It is being remodeled. H&R Block will move into it sometime later this year. It is large enough to accommodate up to 24 workers. The H&R Block currently employs 16 people, so the move opens the door for possible hiring.

Temple said his H&R Block franchise is on track to process 6,000 tax returns in 2015. The months before the April 15 tax deadline are busy, but various extensions allow some people to file as late as November. Additional financial tasks keep the H&R Block office busy all year.

"H&R Block is a very good franchise to have," Temple said.

Opening the Kingsley Cafe is a bit of deja vu for Temple. Long before he moved to Kingsley, he worked with the McDonald's chain downstate for 10 years.