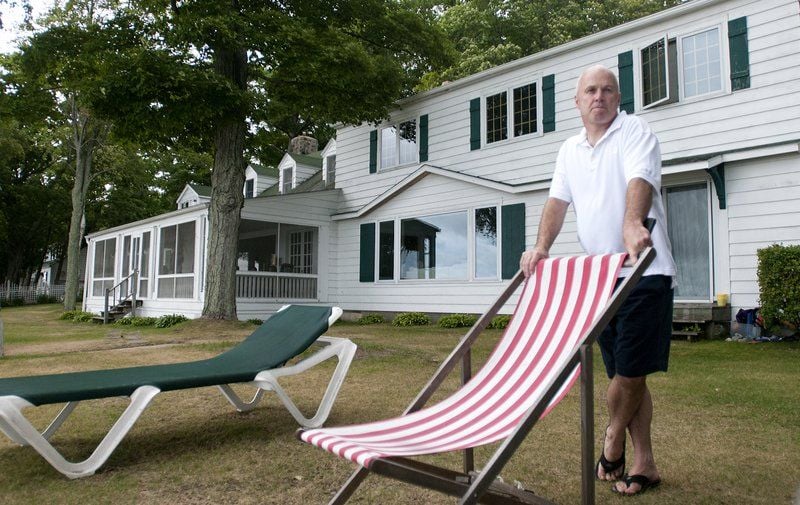 Greg Jolliffe stands in front of the main lodge at Jolli-Lodge, the resort south of Leland along the Lake Michigan shoreline where he grew up. He has managed the lodge for most of his adult life.

The Jolli-Lodge sits atop a steep bluff along the Lake Michigan shoreline south of Leland. 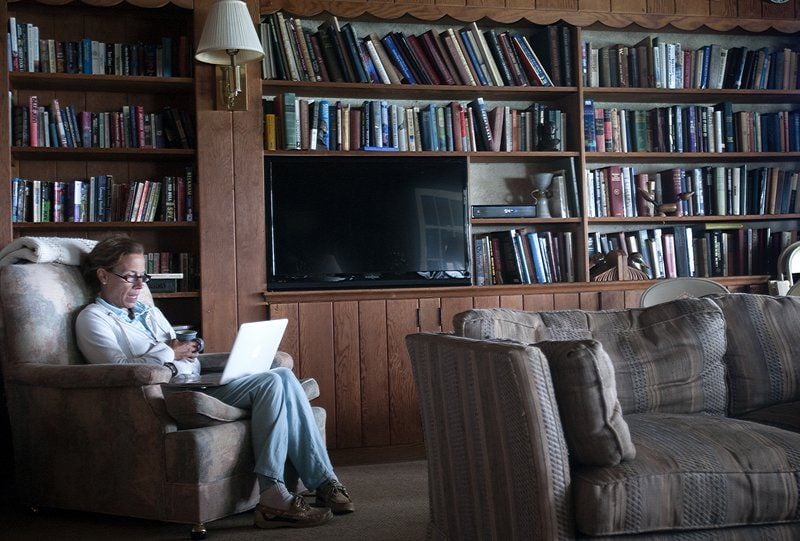 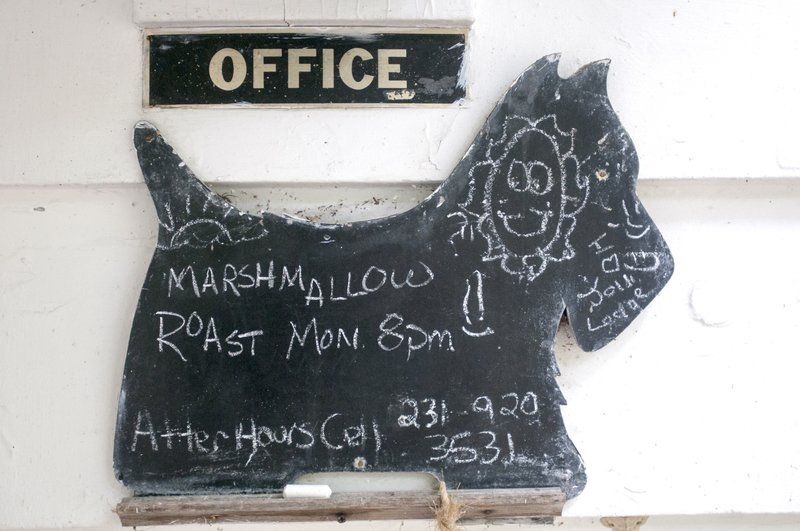 A chalkboard outside the door to the main building at Jolli-Lodge alerts guests to the day's events and contact info if they need help.

Greg Jolliffe stands in front of the main lodge at Jolli-Lodge, the resort south of Leland along the Lake Michigan shoreline where he grew up. He has managed the lodge for most of his adult life.

The Jolli-Lodge sits atop a steep bluff along the Lake Michigan shoreline south of Leland.

A chalkboard outside the door to the main building at Jolli-Lodge alerts guests to the day's events and contact info if they need help.

LELAND — There are a lot of memories wrapped into a summer stroll through Greg Jolliffe’s childhood home.

He strides past the stable and garage that decades ago were turned into seasonal apartments, the beach where he once tip-toed past his parents to attend bonfires, the Lake Michigan view he has captured in countless photographs.

“I’ve painted everything I don’t know how many times,” he said. “There were a few tearful goodbyes here and there.”

Jolliffe grew up at Jolli-Lodge, the lakeside resort stationed on M-22 in Leland. It has 15 cottages and apartments rented by the week May through October and six rooms available for nightly rentals in the main lodge, where Jolliffe lives with his family. The structures were built in the 1920s.

Jolliffe took over the business’ operation in the late ‘80s, and he’s ready to clock out after 54 years. He listed the resort for sale this summer.

“You get one shot at life and I’m just ready to move on,” he said. “It seemed like a good time, with property values going up, Sleeping Bear Dunes (named in a poll) the most beautiful place in the country.”

The 16-acre property has 750 feet of lakefront, colossal numbers that real estate agent Tim Schaub said put the property in a category all its own. Few properties carry that kind of heft.

And few buyers are ready to take on that much property at that $10.2 million price tag. Schaub is advertising it in the New York Times.

The Jolli-Lodge is a thriving business. Guests often return year after year, and rooms are almost always booked. But the property’s steep price could put a wrinkle in the resort’s future.

Schaub and Jolliffe both expect the eventual buyer to close the resort and use the property for a family compound, a corporate retreat or private home.

Longtime guests shudder at the thought of the resort’s end. They lob ideas — turn the Jolli-Lodge into a timeshare, create a memorial park, anything to keep the doors open.

“I think it gives everyone some hope that something might work out,” said Jenny Sykes, a Jolli-Lodge guest who has visited the resort annually for nearly 50 years. “I think enough people love it enough that they’ll try to figure it out, to see if there’s a way to still keep it operating.”

Ruth Jolliffe, Greg’s mother, doesn’t mask her distaste with her son’s plan to sell the resort. She moved to Jolli-Lodge in 1956, when she and her husband Keith Jolliffe purchased the property with his parents.

“I was hoping Greg wouldn’t sell it right away,” she said. “I was hoping he’d wait until I was gone, because I’m 89.”

Ruth spent years juggling a job as a secretary at Leland Public Schools, caring for her children Greg and Pam and cooking meals for Jolli-Lodge guests and other diners in the main lodge’s small kitchen. She still washes bedding and cleans between guests. She’s become a resort staple, evidenced by the pile of cards guests sent her on her 89th birthday.

She remembers most guests, including one of the more famous to spend time at the Jolli-Lodge. Author Jim Harrison penned stories, including “Legends of the Fall,” in one of the main lodge’s rooms.

Ruth owns her home and a small piece of the property up the hill from Jolli-Lodge, with an easement that allows her access to the road.

She’s not leaving. Her property and easement are not for sale.

But Greg is ready to venture on. He hopes to move his family — children Taylor, 23, Aaron, 22, and Dylan, 20; stepchildren Sierra, 18 and Harper, 8; and wife Lisa Psenka —closer to Leland.

Endearment for his childhood home lingers, even as his listing is publicized to prospective buyers across the world.

“It would be sad to see somebody rip it down and put up their McMansion, which is a possibility,” he said. “We’ve had people looking at it for that. People who just have so much money they’d rip everything down, put up their huge home and probably be here for a month in the summer.”

But he’s ready to make new memories, with just one house not shared with vacationers.

TRAVERSE CITY — Jim Harrison packed light to write his acclaimed book, "Legends of the Fall," at a northern Michigan resort.