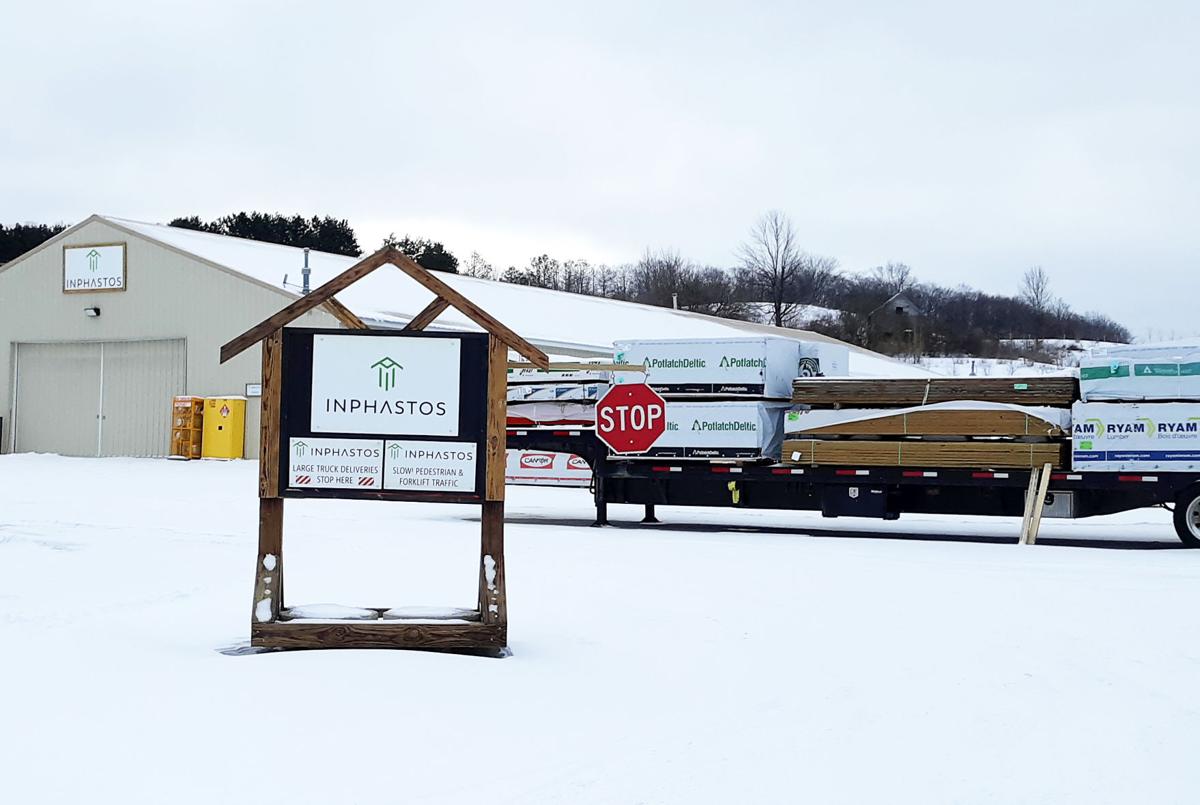 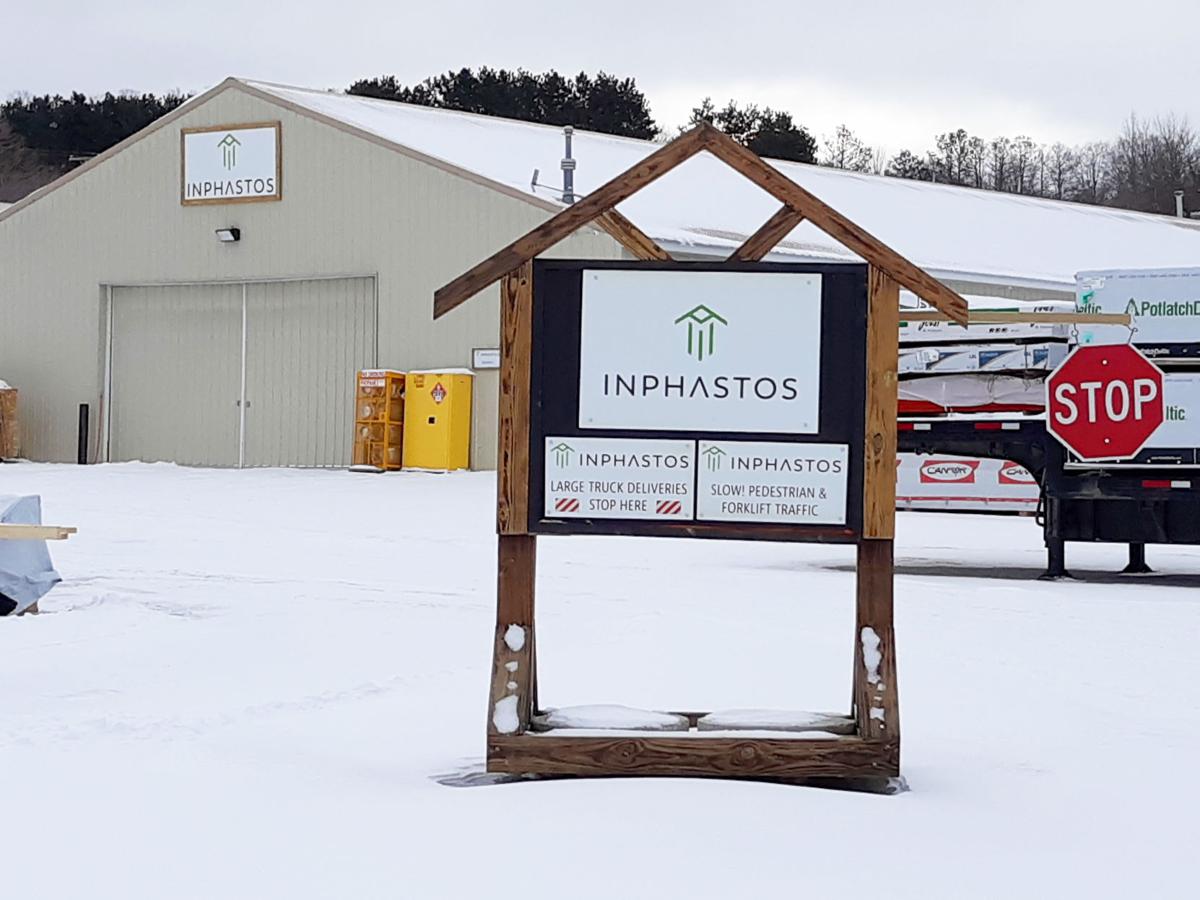 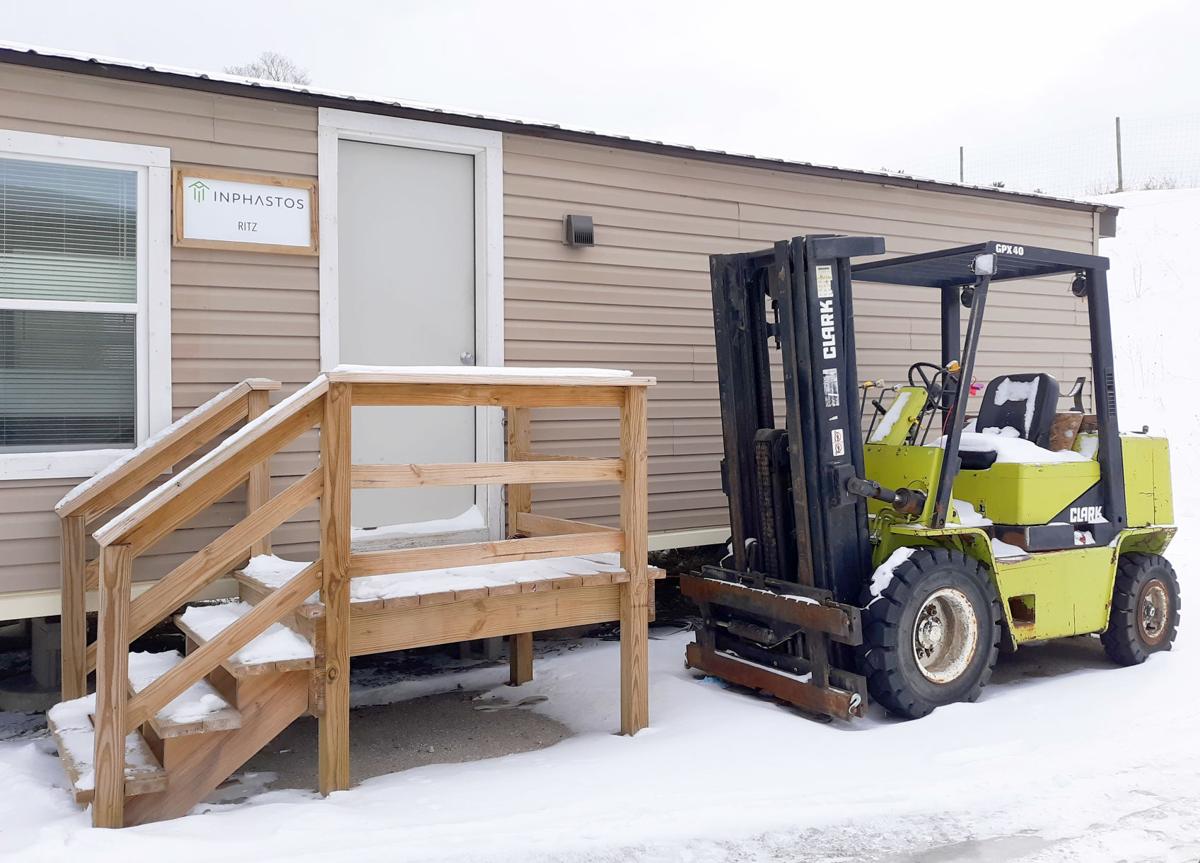 In the passenger seat of the truck was Bernardo Bonilla, the owner of K&C Remodeling. In his hands were four invoices totaling $37,893 for work done on projects for Inphastos.

“They owe everybody; a lot of people,” said Bonilla on Wednesday, who added that his phone calls to the company were not being returned.

Inphastos — a company incorporated in early 2018 that aimed to revolutionize the construction industry — is coping with difficulties. The company has gone through several rounds of layoffs and is on its third CEO in about six months.

Former Inphastos CEO Paul Bandrowski, who incorporated the company in early 2018, said he was forced to step down from the board of directors this summer because of health reasons. He said it appeared the company he founded was going out of business.

“I can’t confirm that,” Bandrowski said in a Wednesday morning phone interview. “I haven’t been involved in the business since August. I think that’s probably the case. They’ve been struggling with some issues.”

Phone calls from a Record-Eagle reporter to Inphastos CEO Brian Cloud Wednesday and Thursday and vice president Greg Garthe on Wednesday were not returned. Cloud said he was named CEO on Dec. 23 after Don Brown stepped away from the company because of health reasons.

Someone at the Keane Drive office of Inphastos on Wednesday who was letting someone leave the building Inphastos shares with North Bay Capital Group told a Record-Eagle reporter that he was not the one to talk to, said others were not answering their phones and declined to be identified.

North Bay Capital Group, which still lists Bandrowski as CEO, was a company trying to get Inphastos, Kingsley Lumber & Hardware and the Michigan Reload Center as tenants in the redevelopment of the Pugsley Correctional Facility southeast of Kingsley.

No one answered the doorbell at the Inphastos front door Thursday afternoon. Inphastos makes housing components using automation and robotics in a factory setting.

In late December, Cloud confirmed Inphastos was making personnel changes in the wake of pulling out of the proposed redevelopment of the Pugsley Correctional Facility southeast of Kingsley.

Cloud said on Dec. 30 the personnel changes were to create “a more streamlined business.” The company has professional staff in Traverse City and an 85,000-square-foot manufacturing facility in the Grand Rapids area and Cloud said “our intention is to keep that as is.”

Harry Kuester, who was an installation manager for Inphastos in Grand Rapids, said he was notified early on the morning of Dec. 26 that he was being laid off. Kuester said he did not receive a paycheck on Dec. 27 and that previous paychecks on Dec. 20 and Dec. 13 did not clear.

“I just want my guys to get paid,” Kuester said on Thursday.

Cloud said on Dec. 30 that Kuester’s payroll account is not accurate.

“I’m not aware of anyone being 3-4 checks behind,” Cloud said. “I can confidently say that no one is three to four checks behind.”

Rick Laufer of Elk Rapids said he was hired by Bandrowski in July. Laufer, who said he also invested in the company, said he worked in sales before he was let go in early January and two bounced pay checks.

Inphastos operated a manufacturing facility off of M-72 in Leelanau County. Most of the site contained snow-covered materials and equipment on Wednesday and no one answered a knock on a trailer designed as an office.

Bandrowski said the apparent closure of the company he founded was “heartbreaking” and “gut wrenching.”

“I feel terrible that in the end this didn’t work out,” Bandrowski said on the phone. “I can tell you when I was there I gave 100 percent to the company and the business. I couldn’t control what happened to be.”

Inphastos was backed by a number of investors, several from local individuals. Bandrowski confirmed an investment of more than $6 million from more than 50 people.

Bandrowski said he wasn’t sure about what would happen to those investments or if it could be recouped.

“I don’t know,” he said. “Usually when these situations happen, not likely. It’s a very sad situation for everybody.”

Casey Cowell, principal at Boomerang Catapult LLC, said the organization did invest in Inphastos. He was aware of the company’s struggles.

“Inphastos appeared to grow very fast by taking on a lot of construction work and it appears it didn’t work out for one reason or another,” Cowell said. “I can’t tell you why.”

Bandrowski conceded the rapid growth of the company may have led to some of its problems.

Bandrowski said he personally guaranteed millions of dollars in investment money. He said he rarely drew a salary and has “never done anything other than to benefit the investors” and even offered to sell his stock in the company after he stepped down.

“Aggregate money, time and effort, (my investment) was over a million dollars,” a sometimes emotional Bandrowski said in a phone interview Wednesday afternoon.

In a text and an email Thursday, Bandrowski said he loaned Brown $500,000 in October to keep Inphastos going and has not been paid back. Bandrowski estimates his losses at $8-10 million.

“It’s hard when you have a start-up that loses its founder,” said Craig Wesley, the Inphastos vice president for business development until Dec. 23.

Laufer echoed Wesley’s comments, saying the company was “grossly mismanaged and under-capitalized” after Bandrowski left. Laufer said Inphastos needed more capital to operate as many start-ups do, but said Bandrowski was the person to accomplish it.

“I believe in the guy and I still do,” said Laufer, saying the origin of Inphastos is still “an awesome idea, an awesome concept.”

According to court records, Bandrowski had an investment in the Buffalo area, Aurora Ventures, that ended in a lawsuit seeking millions in damages from a Wyoming County Bank. That suit came after a long list of liens were filed against Aurora Ventures.

Bandrowski said not every business deal works as designed. Bandrowski said he’s made a lot of investments in the community and continues to make them, citing housing projects like Noble Homes in southwestern Garfield Township, The Village at Mason Creek in Blair Township and commercial endeavors like Kingsley Enterprises.

“Fifteen or 20 years ago, one in seven start-ups are still around after five years and I don’t know what it is today,” added Cowell, who said he has personally invested in some of Bandrowski’s other projects.

“Not all good putts go in for Jack Nicklaus,” Cowell said, reiterating his point that not every investment is successful.

North Bay Capital Group had an option agreement to purchase and redevelop the former Pugsley Correctional Facility in Fife Lake Township. But the bulk of the agreement depended on brownfield redevelopment concessions.

Inphastos was North Bay’s principal tenant in the multi-phase project. Inphastos sent a letter to North Bay dated Dec. 20 “confirming that they will not be the anchor tenant for the Pugsley project. ...”

The State Land Bank Authority to North Bay Capital dated Dec. 23 to give formal notice it was in default of the purchase agreement.

“If the purchaser does not fully cure its default within 30 days after the date of receipt of this letter, the seller may exercise its rights to terminate the agreement ...”