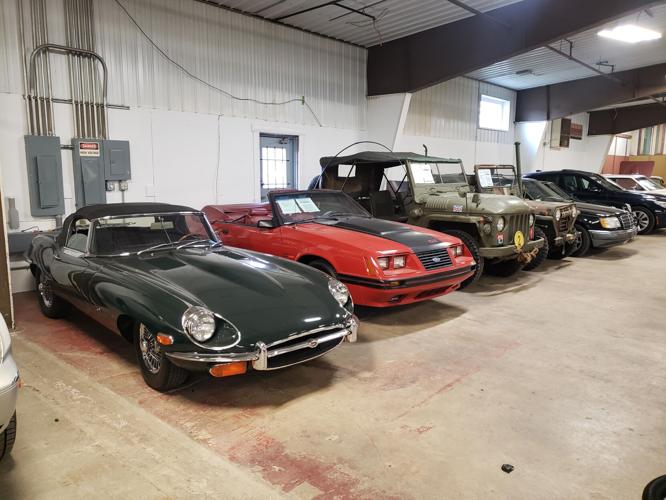 Some of the cars for sale at GR Auto Gallery Traverse City at the business’ new location, 5555 Brentwood Ave. in Grawn. Owner Cory Wade says most of the company’s business involves the sale of cars on consignment. 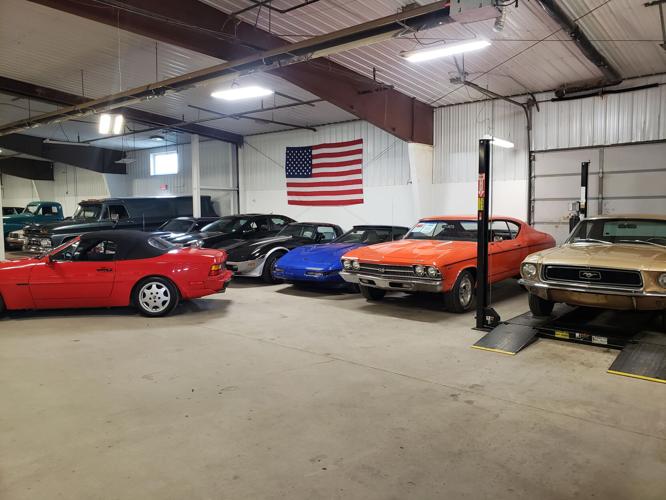 GR Auto Gallery Traverse City is getting settled into its new location, 5555 Brentwood Ave. in Grawn. Owner Cory Wade says he hopes to have renovations completed on the former home of Odom Reusable Building Supplies completed by June.

Some of the cars for sale at GR Auto Gallery Traverse City at the business’ new location, 5555 Brentwood Ave. in Grawn. Owner Cory Wade says most of the company’s business involves the sale of cars on consignment.

GR Auto Gallery Traverse City is getting settled into its new location, 5555 Brentwood Ave. in Grawn. Owner Cory Wade says he hopes to have renovations completed on the former home of Odom Reusable Building Supplies completed by June.

GRAWN — The former home of Odom Reusable Building Supplies is back to selling used items.

There are still plenty of used doors available, but these come in sets of two and four. And all of the inventory now has wheels.

GR Auto Gallery Traverse City is settling into its new home at 5555 Brentwood Ave. in Grawn.

Odom had been in the building since 2003, when Bruce Odom moved his business just south of the intersection of U.S. 31 and County Road 633. Odom Reusable Building Materials was put up for sale in the fall of 2019.

GR Auto Gallery Traverse City had 32 cars for sale as of Friday, with room for 18 more.

The deal for the new location was finalized in October. Wade said there’s still plenty of work to be done.

“We’re just rehabbing the building,” he said. “I hope to have the outside of the building painted and the offices done by June.”

Wade said the new site suits the business, which opened in 2012. Wade said there are not many drop-in customers.

“We love the location,” Wade said. “For us, we don’t need storefront visibility. Ninety-nine percent of our business is done on the Internet sight-unseen. We ship cars all over the world.”

The bulk of the cars sold at GR Auto Gallery are on consignment. Wade has a Class B dealers license and does sell some cars he owns.

Wade said the consignment process slows during the winter months, but soon starts to pick up speed.

“The least amount of cars we have at any one time during the year is during this time of the spring,” he said. “This is the time of the year we’re really looking for consignment.”

GR Auto Gallery has three locations: Grand Rapids, Commerce Township and Traverse City. Wade said the other two sites have about 20 people in each office while the TC location has three: Wade, a sales person, and a porter who shuttles vehicles.

The move to the new location was a long time coming for the business. Wade said GR Auto Gallery started the process in early 2020, but a hearing on its special use permit in Blair Township was delayed by the pandemic.

“We pulled permits on the building in February (of 2020), but we were unable to close until October because of COVID,” he said.

At its new location, GR Auto Gallery Traverse City has 12,000 square feet. But the size of the facility wasn’t behind the reason to relocate.

“I didn’t need space,” Wade said. “I needed to own my own building.”

The company can be reached at (231) 276-3166. Inventory, and email addresses for sales and consignment, are available at https://www.grautogallery.com/locations.

For a different automobile service company, a move away from 1701 Park Drive was all about more room. In business since March 2012, Hammer & Dolly Auto Restorations in 2017 moved from the MFD Classic Motors building to 2392 Cass Road.

“We needed more space, a little more maneuverability with the operations we were doing,” Hammer & Dolly owner Adam Hammer said. “We’ve had a lot more demand.”

Hammer said his new location has two buildings, including a 10,000-square-foot facility for working on as many as 18 active projects. He said there currently are a dozen active projects at Hammer & Dolly.

Hammer said a separate building provides storage for as many as 30 cars.

Even with the additional space, he said Hammer & Dolly’s six employees are busy, and there’s often a waiting period for work.