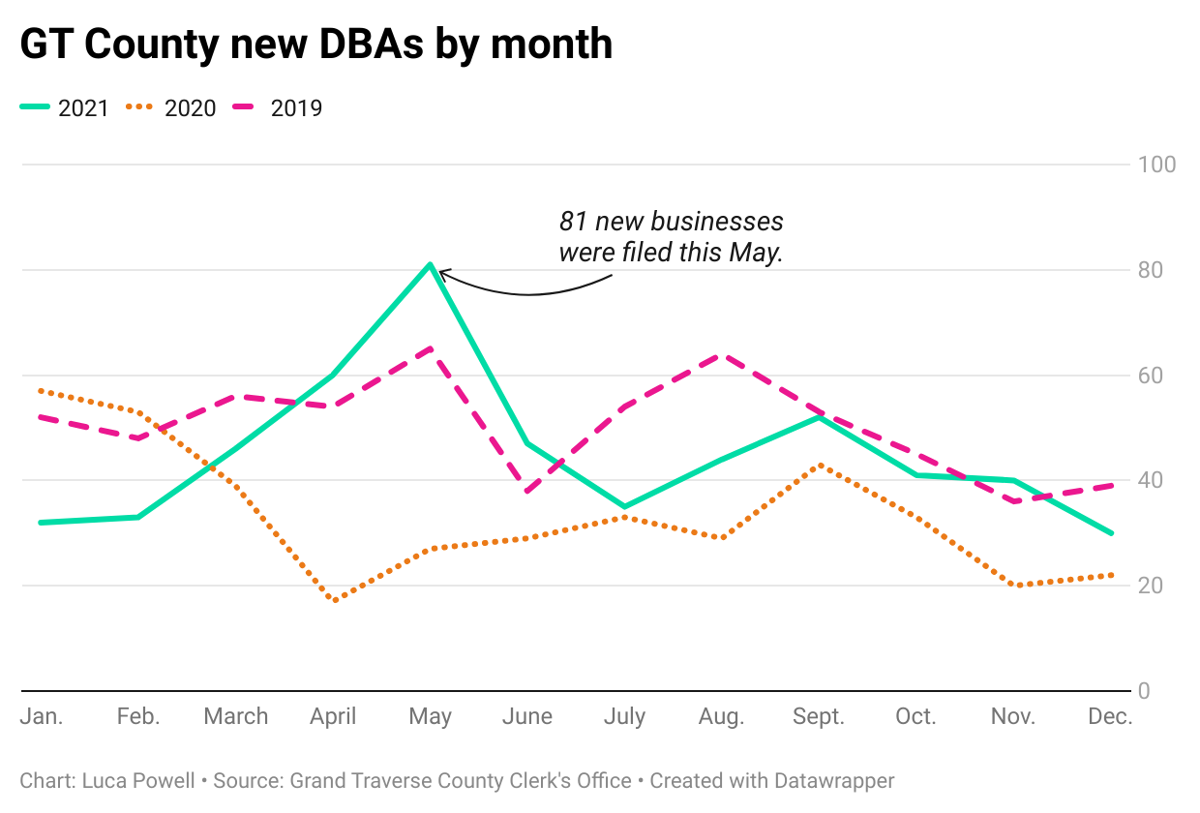 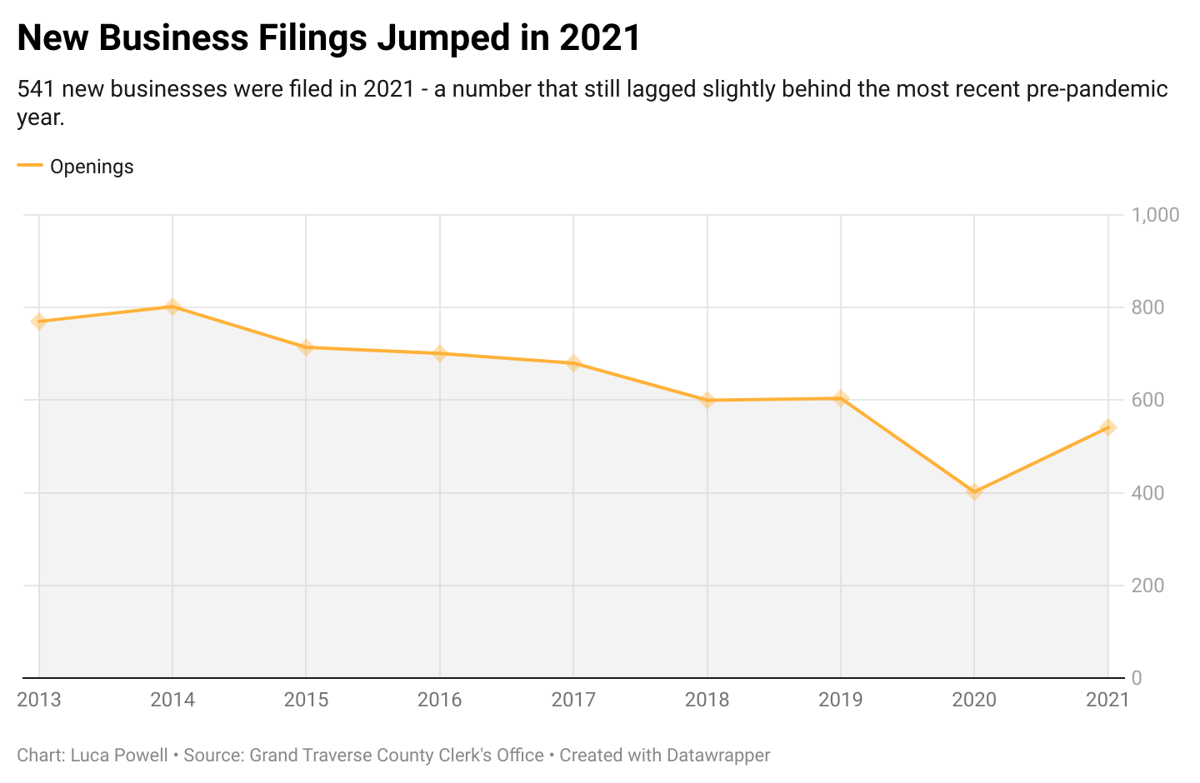 TRAVERSE CITY — The number of new businesses in Grand Traverse County rebounded in 2021.

That almost had to be the case because 2020 numbers were severely affected by the pandemic.

But the bounce back in assumed name filings (also known as a DBA, or “doing business as” registration) with the Grand Traverse County Clerk’s office failed to bounce back to pre-pandemic levels.

Dismissing 2020 — when businesses were closed or severely restricted because of COVID-19 over the final nine months — the 2021 totals were more than 10 percent below the number of 2019 filings.

Traverse Connect President and CEO Warren Call said the numbers are “a positive sign” of a small business rebound.

“It’s one of those things where we are on the road to recovery, but obviously there is a long-term road to recovery in a pandemic,” Call said. “It’s certainly an indication that things are pointing in the right direction.”

Grand Traverse County Clerk Bonnie Scheele said the decrease in assumed name filings this year compared to 2019 may be due to the continued effects of the pandemic.

“People are still probably isolated due to COVID,” Scheele said. “I’m not really sure.”

Even though small businesses don’t have a lot of people working for them, labor concerns also likely led to the drop.

“Now its hard to get employees,” Scheele said. “A lot of small businesses don’t have employees, but that may be a reason, too. It’s hard to find people to help.”

DBA filings at the start of 2021 lagged behind those from the previous year and from 2019.

“Businesses, and specifically new businesses, need to have some level of certainty with what the economy looks like because there is so much uncertainty in their businesses,” Call said.

The 60 filings this April were the most since August 2019, while the whopping 81 in May obliterated the previous three-year monthly high of 65 in May of 2019.

“That has a lot to do with opening up and the easing of restrictions,” Call said. “It’s probably just pent-up demand. There was almost a euphoria last spring and obviously it’s been dampened by the variants that have popped up.”

“Maybe they think, ‘Hey, it’s spring. I have an idea and winter’s over,’” Scheele said of the April and May jumps. “We have a lot of busy times whether it’s marriages, DBAs or even CPLs.

“Spring is always a fresh start for everything.”

The final four months of 2021 saw three single-digit declines and one increase of four DBAs compared to the same months in 2019.

An assumed name (also called a DBA or “doing business as” registration) is the easiest way to officially create a business identity. Here’s a look at the number of new business names filed at the Grand Traverse County Clerk’s Office in each of the last several years: