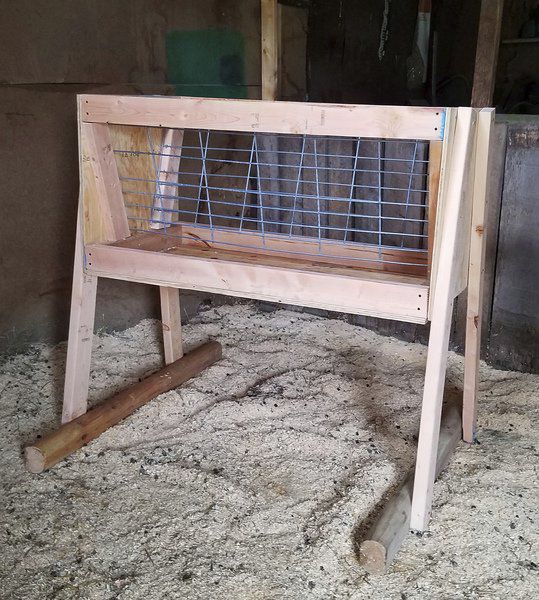 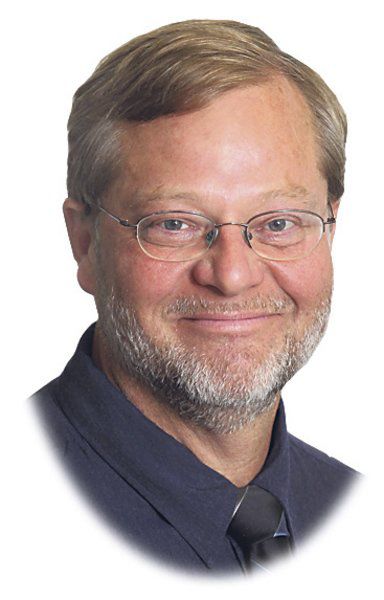 I began thinking about our food web — and the holes in it — while digging a sliver out of my hand Sunday morning.

I spent a good part of Saturday working with wood, and some of it ended up embedded under my skin. I hadn't noticed that particular sliver on Saturday, perhaps because it was smaller than the two big ones I pulled out while still in the barn. But I woke Sunday well aware of the pesky little irritant.

Anyway, I was thinking about food supplies because I acquired the slivers while building a goat feeder.

My wife's two sisters operate a farm in Charlevoix County. They run beef cattle, but also have horses, chickens, geese — and goats. All those animals need to eat. The four-legged kind eat plenty of hay, especially in winter when fresh grass isn't available.

My sisters-in-law grow hay on their acreage, but usually not enough to feed all those mouths, so they buy some each year from neighboring farms.

The cows seem to eat everything they can find. The horses, as far as I know, also eat most everything served them, with little waste.

Goats are famous for eating — or at least chewing on — almost anything. I've witnessed them trying to dig into a pail of nails left unattended for three seconds. A few of the smaller ones love to climb on your shoulders and chew on your hair. In summer, goats gobble weeds like super-efficient lawn mowers. In January, they gnaw discarded Christmas trees to slick yellow skeletons.

But when it comes to hay — a staple of the goat diet — my sisters-in-law' herd gets picky. If hay touches the ground, they turn up their noses and ignore it. Which is where goat feeders come in. They're meant to minimize waste by holding sheaves of hay off the ground and preventing animals from yanking out big bites — half of which could end up on the ground and therefore wasted.

The sisters have been dismayed by the amount of uneaten hay, mixed with droppings, they muck out of the goat barn.

I was enlisted to design and construct a new feeder. A sampling of online photos provided design guidelines. I formed plans in my head, created a supplies list and bought the materials. An afternoon in our Traverse City garage had the pieces all cut to size and some of the boards screwed together into components that would fit in our SUV.

Saturday we hauled everything north. While my wife and sisters-in-law mucked out the pygmy goat barn (they have two goat herds — one full size and one pygmy), I assembled my creation in the other barn, pulling out slivers as necessary. I tried to keep gloves on, but they made it near impossible to hold screws.

The sisters-in-law seemed pleased with my feeder design. I haven't yet heard if it actually keeps more hay off the floor.

After a break to grab a swig of cranberry juice, I moseyed down to the pygmy barn to repair an old feeder, then assist with wheelbarrow duty. Between trips to the manure pile, I watched the pygmy goats battle for space at the repaired feeder. Most of them munched in relative peace, but a couple of them behaved like ornery bullies, roughly shoving the others aside. The feeder got pushed around on the barn floor as the animals jockeyed for position. I think it made two complete revolutions before it ended up wedged in a corner. But the repairs held — even after one of this spring's newborns leaped up atop the food and grazed happily three feet above the herd.

The goats' behavior got me thinking about human food supplies.

Conservation efforts are admirable. In Traverse City, a Goodwill of Northern Michigan program called Food Rescue collects unsold food from farms and other donors and distributes it to local food pantries.

At home, I try to do my part for food conservation by eating whatever leftovers are in the refrigerator before even thinking about cooking something fresh. But I admit my attitude changes when food falls on the floor. I hesitate to eat fallen crackers — and flat-out refuse to eat soup that ends up underfoot.

I'm really no better than those fussy goats.