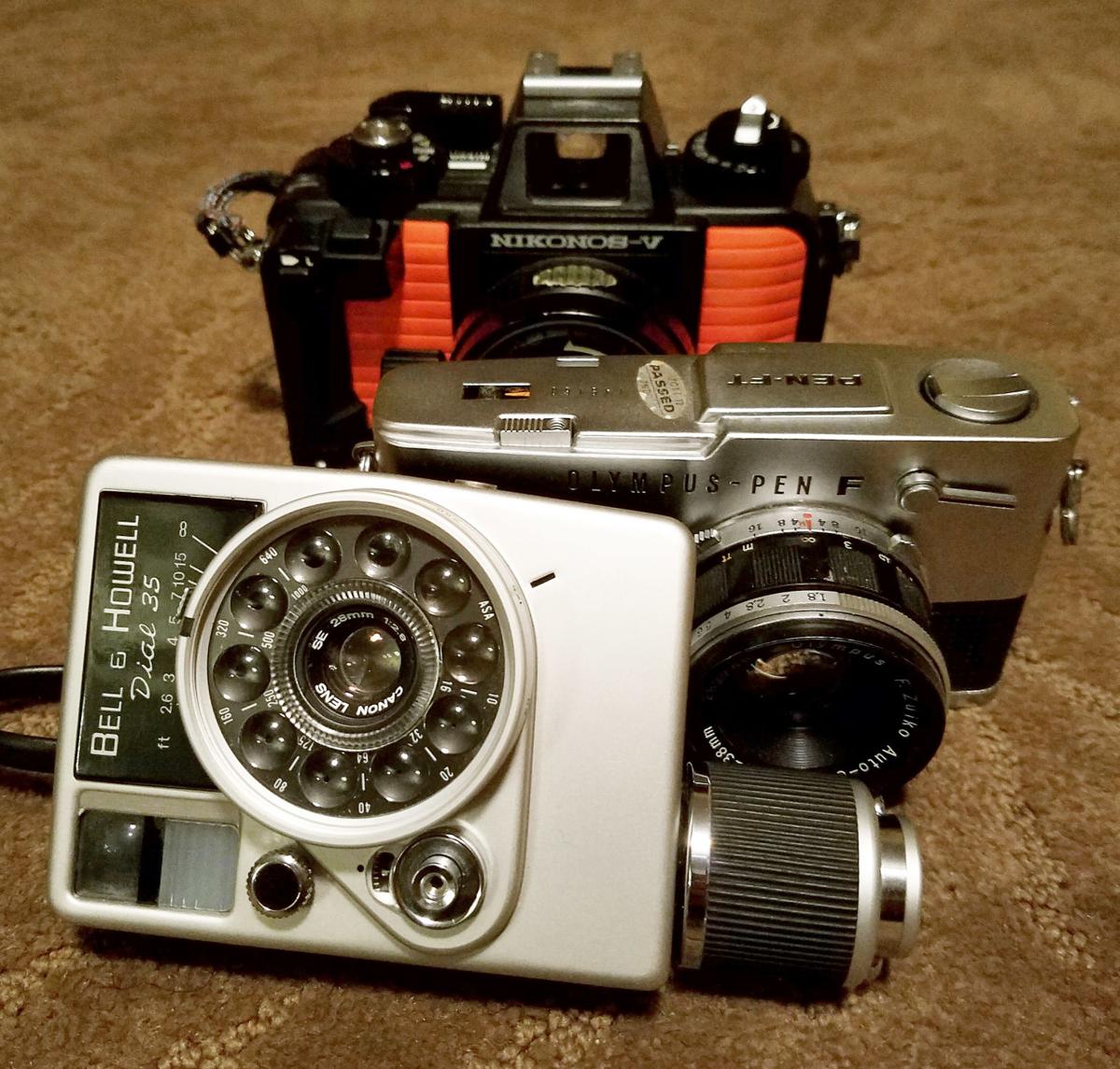 A trio of decades-old film cameras. 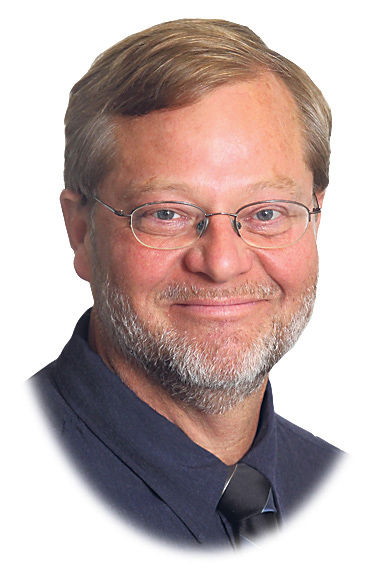 Nostalgia offers a powerful pull on the human psyche. Technology marches forward, but many folks of a certain age cling to parts of the past. Younger generations, too, can become enamored of artifacts from yesteryear.

I’ve used precious little 35mm film since the day I purchased my first digital camera and discovered how convenient it is to see instantly if a shot turned out, how quick it is to correct exposure and color electronically, how simple it is to share pictures via computer and cellphone.

Why are people buying old cameras and dealing with the hassle of film?

Nostalgia is part of the reason. Another part may be the human desire for ritual, for the psychological comfort provided by the slower, methodical thought required by the older technology.

Popular retro cameras require the photographer to load a 35mm film canister, choose which lens to attach, gauge the light level with either a battery-powered meter or the brain-powered Sunny 16 rule, choose an aperture, choose a shutter speed, focus, and only then think about when to press the shutter button. They won’t know for sure if they captured the image they envisioned until hours later, if they develop their own film, or weeks later, if they send it out.

Creating a film image is a ritual that takes effort and time. It’s pretty much the opposite of push-the-button-and-instantly-see-the-result digital photography.

Today’s cameras aim to create a photographic ideal. But not everyone strives for photographs that are a machine’s concept of perfection.

Film enthusiasts don’t seek instant feedback or computerized precision. They cherish the slower-paced ritual. They enjoy the forced anticipation of sending exposed film off to be developed and waiting for images to come back.

The process is, perhaps, a rebellion against our world’s fast pace and quest for instant gratification.

I learned photography in the Jurassic era of Kodak Tri-X film and D-76 developer, back when you had to spend part of your day in a darkroom with nasty chemicals to find out if you had a usable image or just a worthless strip of acetate.

Learning photography in the film era was challenging.

I made mistakes. Each error taught me a lesson: Make sure there’s film in the camera. Meter for the highlights. Focus on the center of interest. Double-check that you’ve rewound the film into the light-tight canister before you open the camera. Print fixer should taste like almonds marinated in vinegar and bleach — if it doesn’t, it’s time to mix a fresh batch of the liquid.

I don’t recommend trying that last thing. My only excuse is that it was a simpler time back then and I didn’t fully understand the dangers that lurk in chemical compounds.

I recently read an article by a guy who spent an hour shooting an unrepeatable event — then discovered he had forgotten to load film in the camera. I laughed at his folly. Then I recalled the time I did exactly the same thing. I was able, though, to complete the front-page assignment by sprinting four blocks and breathlessly capturing a single snapshot of the last entry in the winter festival parade just a moment before it turned off main street into the inky black night.

So I understand the frustration of today’s analog converts who are discovering that film photography isn’t for sissies. Plenty of potential errors lurk along the road to a successful image.

The result can be worth the effort, and many film newcomers press on. They enjoy the ritual. They appreciate the pleasing images that result, even if they aren’t what a computer would deem perfect.

Film enthusiasts are using vintage gear, so camera manufacturers aren’t getting business from this retro trend. But local camera shops across the nation are profiting from repair and sales of used gear, and from developing services. New companies have sprung up to manufacture film. It remains to be seen how long this nostalgic trend will last, or how much money those businesses will extract from this renewed interest in film.

But right now quite a few photographers are saying: “Out with the new, in with the old.”

Last summer I dug out a couple of my old cameras and shot some film. It was so much fun that I bought a camera model that I had lusted after in the 1980s but couldn’t afford. The camera now is 30-plus years old, and the price was reasonable.

My new purchase should take pictures just as well as it did decades ago — as long as I remember to put film in it.