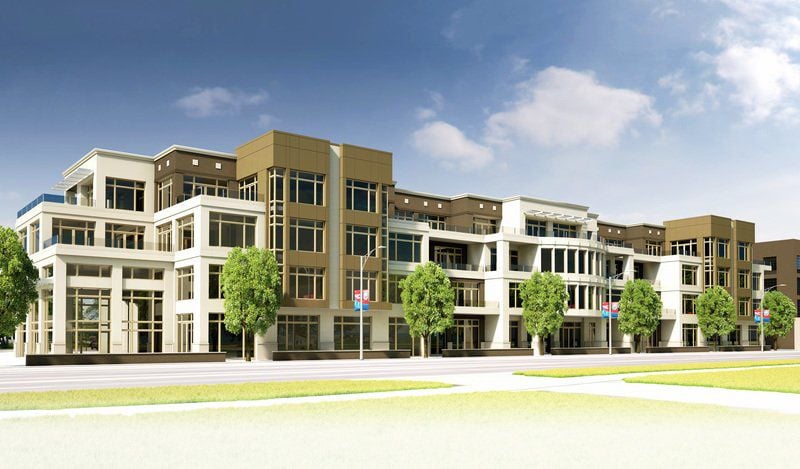 This rendering represents the planned Grandview Place building in the Warehouse District. 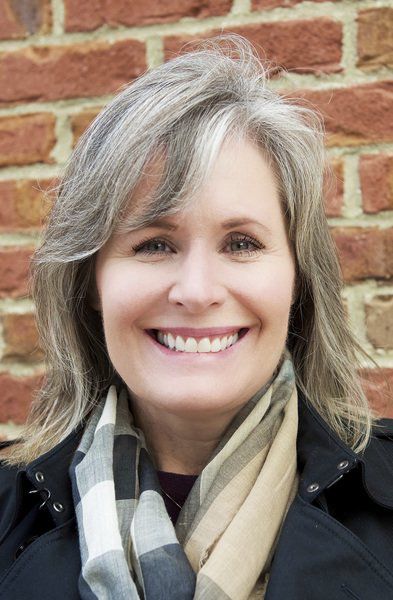 This rendering represents the planned Grandview Place building in the Warehouse District.

TRAVERSE CITY — A key piece of the Warehouse District is on the fast track for redevelopment.

Local developer Patti Mercer plans to demolish existing buildings on the site, along Grandview Parkway between Hotel Indigo and the Traverse City Visitors Center, beginning in October. If her plans proceed on schedule, residents could move into condominiums in the Grandview Place project in early 2019.

“It’s been a journey,” Mercer said. “I’ve invested everything. I want this building to be timeless.”

Mercer has been involved in local development for years. She spearheaded area condominium projects, senior developments and churches, she said.

The four-story mixed-use building in the Warehouse District will include 48 condominium units on the upper three floors, which total 103,540 square feet. The ground floor will offer 35,775 square feet of commercial space and will include an indoor market with 33 vendors, four boutiques and three restaurants, all centered around a two-story glass-walled atrium. Development plans also include public outdoor gathering space.

“We want this to be Traverse City’s living room,” said Realtor Tom Krause. “We’re trying to keep more of a local feel.”

Krause listed condominiums in the project some time ago and has received a number of inquiries, mostly from out-of-town potential buyers. Working through his business, Krause Realty Solutions, Krause helped Mercer acquire the lots, two of which weren’t actively listed for sale.

The properties between Garland Street and Grandview Parkway are across the street from Open Space Park. The condo units on that side will offer bay views. Mercer hopes the development will provide a centerpiece for the blossoming Warehouse District.

Construction of Hotel Indigo, adjacent to Mercer’s development, stalled for a time because of the 2013 discovery of cyanide-contaminated groundwater. Mercer plans about two months for environmental cleanup at Grandview Place. The Grand Traverse County Brownfield Redevelopment Authority will contribute $2.6 million.

A Mercer Group TC LLC presentation, submitted to the authority in April 2015, stated the project capital investment would total more than $35.5 million.

Mercer said the process of creating such a large development has consumed her life for the last several years. She long wanted to create a large mixed-use development in Traverse City, but wasn’t sure exactly where. After a long search, she settled on the center of the Warehouse District.

“I’ve done developments, (but) not mixed use,” Mercer said. “This is a bigger project for me.”

Grandview Place will include 69 underground parking spaces. One space will be included with each of the 48 condominium units. The smallest units in the project will sell for about $400,000, said Mercer, and prices range up to about $1.5 million. She suspects at least some buyers may opt to combine two units for a larger living space. Most of the units will be custom built to buyers’ specifications.

Eight units on the Garland Street side of the development will be loft condominiums, Krause said.

“Those are going to be really sexy spaces,” he said.

Plans for the development call for the north face of the building to be separated from the sidewalk along Grandview Parkway by a knee-high wall and a second width of sidewalk. Plans also include several cutbacks in the building intended to provide outdoor alcoves for pedestrian use. She formed the concept of the first-floor commercial area after critiquing developments in Boston, Chicago and elsewhere.

“We traveled a lot and looked at other markets,” Mercer said, before designing the project.