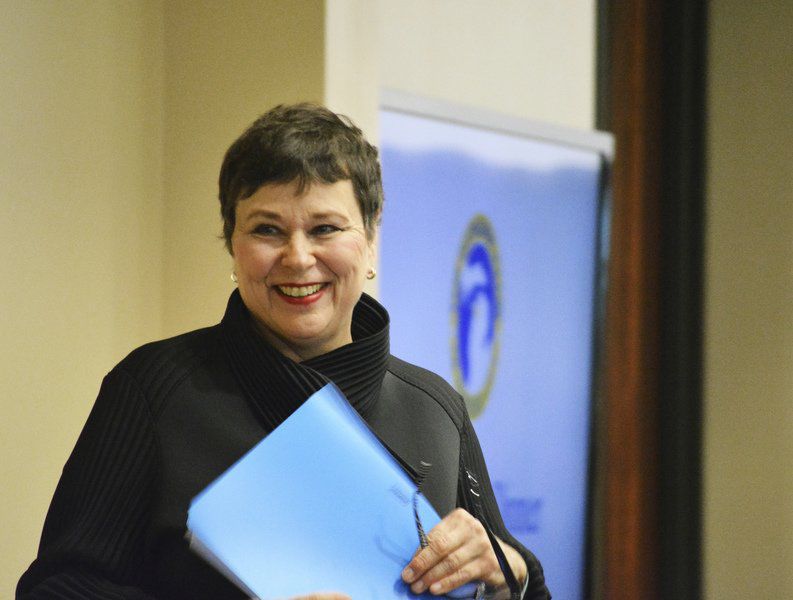 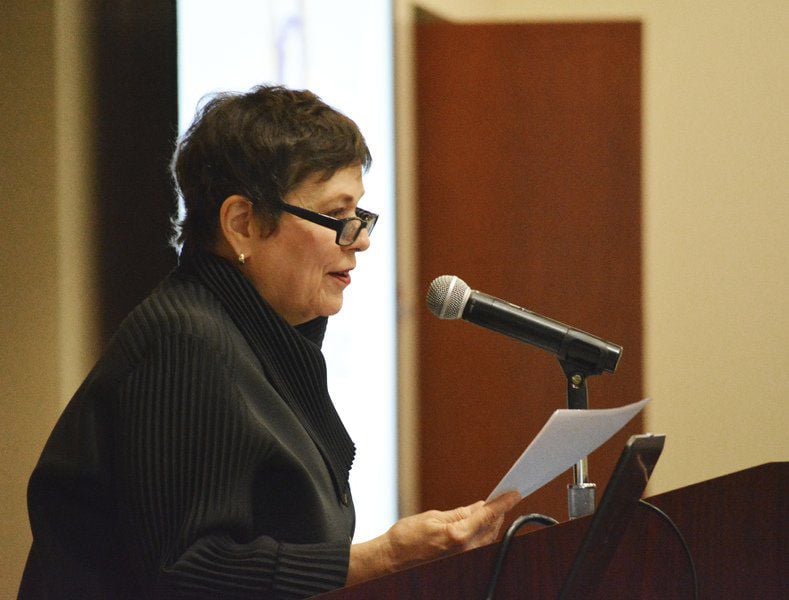 TRAVERSE CITY — Martha Teichner lives in New York City and works as a correspondent for CBS Sunday Morning. But her heart still beats in Leelanau County.

Teichner on Friday night told members of the Economic Club of Traverse City about the emotional journey that helped create the Teichner Preserve on the shore of Lime Lake. Her address basically was a heartfelt ode to the Leelanau Conservancy and its efforts to preserve the natural landscape.

“I was born two miles from here at Munson Hospital in a blizzard,” she told the group gathered at Hagerty Conference Center at Northwestern Michigan College.

She spent her early childhood living in her parents’ cottage in Leelanau County, a childhood filled with woods, water, peace and quiet. Though she moved away still a child, she always has considered Traverse City her home, she said.

Teichner joined CBS News in 1977 after earning a degree in economics from Wellesley College and attending the University of Chicago’s Graduate School of Business Administration. She earned 10 Emmy Awards for reporting and five James Beard Foundation Awards for media coverage of the food industry. She contributed to the team coverage of the Newtown, Conn., elementary school shooting that earned CBS News a 2014 duPont-Columbia Award. She has reported on the 9/11 terrorist attacks, events preceding the war in Iraq, the death of Princess Diana and the life and death of Nelson Mandela.

Though she has spent most of her life elsewhere, birthplace becomes a part of you, she told the crowd in Traverse City.

“Northern Michigan is working on that dust-to-dust connection,” she said.

From her parents, she eventually inherited 20 acres close to the cottage she grew up in — which had passed to other owners. She almost immediately donated the 20 acres to the Leelanau Conservancy so it would never be developed. The Teichner Preserve, named for her parents, Hans and Miriam Teichner, was created in 1996.

But Teichner yearned to do more. During a visit in 2005, she stopped at the cottage she hadn’t set foot inside since 1958, introduced herself and was invited inside. The experience brought back a flood of memories.

She recalled once asking her elderly mother about the most romantic memory of her lifetime. Miriam Teichner told her daughter it was summer evenings at the cottage when, after tucking in Martha for the night, she and her husband sometimes would stroll down the quiet moon-lit path surrounded by a symphony of natural sounds, slip into the cool waters of Lime Lake and swim under the canopy of stars.

The visit to her childhood home also gave Martha Teichner a renewed yearning to preserve the cottage, which it turned out was for sale, with 13 acres, for $400,000.

“I went back to New York on fire, consumed by the possibilities,” she said.

Teichner worked out a deal with the Leelanau Conservancy to make the purchase. Teichner refinanced her New York apartment and donated $200,000 toward the 2006 purchase. A separate donation of adjacent acreage bumped the Teichner Preserve to a total of 43 acres.

“I did it with great joy,” she said of her cash donation.

Teichner said many people wonder what their single most important accomplishment in life might end up being. She doesn’t wonder.

“Helping to save what is now the Teichner nature preserve is it,” she said.

Read more about the Teichner Preserve at http://leelanauconservancy.org/blog/naturalarea/teichner-preserve.